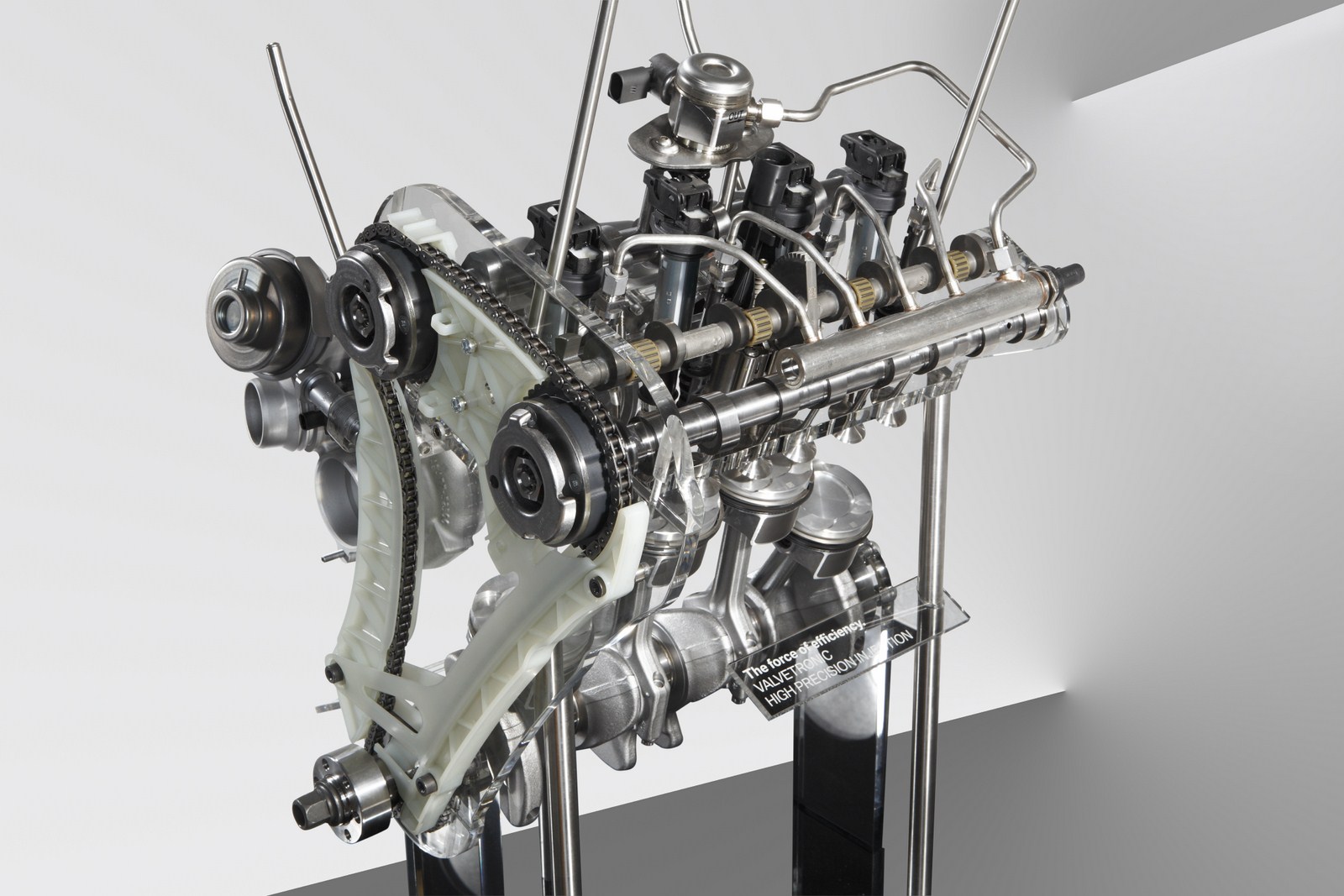 With the development and production of future drive units with six, four and three cylinders, the BMW Group continues to bank on its independence as well as on the use of innovative technologies in the largest possible number of vehicle concepts. The new BMW Group Efficient Dynamics family of engines uses a standardised set of design principles and a significantly increased number of common components for both petrol and diesel engines. 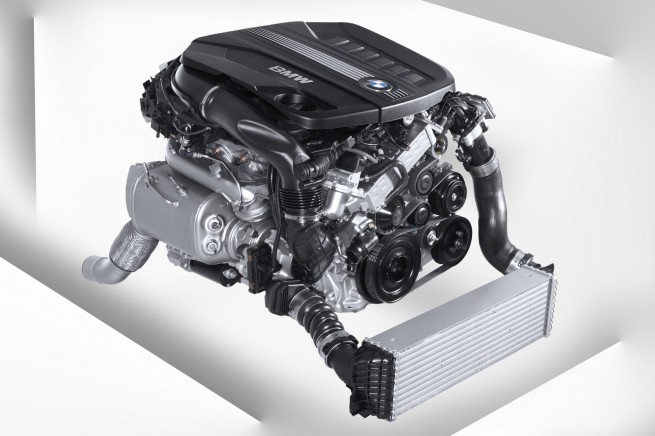 The new BMW modular engine system allows three, four and six-cylinder power units to be developed, with various power outputs. This scalability lays the groundwork for a broad performance spectrum and thus for diverse, worldwide application in vehicle concepts within the BMW Group. Independent of the number of cylinders, the type of engine and power output, each power unit meets the excellent standards which define engine development in the BMW Group in terms of efficiency, power delivery and running smoothness.

These petrol and diesel engines of the future with three, four and six cylinders will be manufactured with a maximum degree of flexibility at the BMW facilities in Munich and Steyr. By 2012, the BMW Group will have invested almost 300 million Euros in at both production locations. 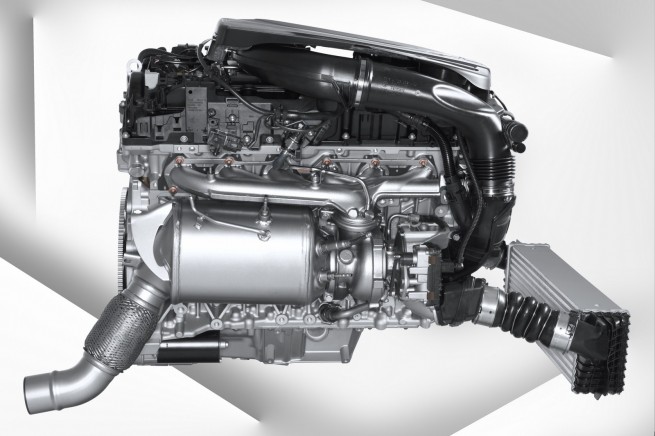 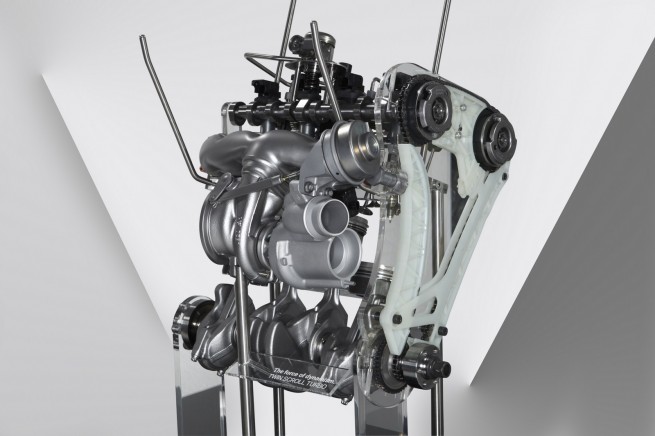 The highest level of technology is the benchmark, maximum synergy the target.

Through consistent development of components that can be employed not only for different size engines but also both for petrol and diesel power units, the BMW Group increases the so-called degree of commonality within the engine portfolio through the use of a modular engine concept. The technology package BMW TwinPower Turbo is the benchmark for all power units and is designed to meet the demands of exceptionally powerful engines.

Using maximum efficiency in the development and manufacturing process, the best possible technical solutions for the entire spectrum of the engine range can be made available. Therefore, irrespective of the number of cylinders, combustion process and power output, each engine conforms to the excellent standards defined by BMW Group engine designers with regard to efficiency, power development and running smoothness.

A concordant architecture and a consistent design principle for all future petrol and diesel engines featuring three, four or six cylinders serve as the basis for increased commonality within the drive portfolio. The modular engine concept arising from this is the result of BMW drivetrain development, with the engines also being built by BMW. Thanks to this approach, a further contribution towards the strengthening of the BMW Group’s independence is being made.

BMW modular engine system guarantees significant advancements both in the economical sustainability for the company in terms of development and production as well as in ecological sustainability with regard to the fuel and emission levels of future models. Therefore, it constitutes a crucial pillar for the successful continuation of the BMW Group Efficient Dynamics strategy. 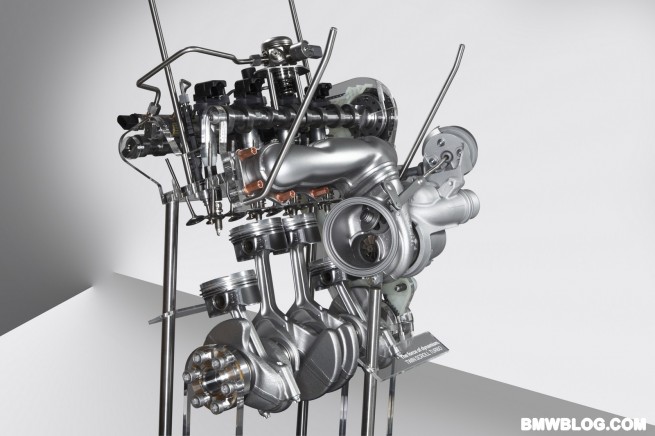 The in-line engine construction principle forms the common basis for the basic variant of all petrol and diesel engines. For modular engine assembly a cylinder displacement of around 500 cubic centimetres per combustion chamber is defined, with which optimum thermodynamics can be achieved. As a result of this principle, the displacement of each engine is directly proportional to the number of combustion chambers.

Development and production efficiency through communal components and common interfaces for vehicle integration.

In addition, the constructional commonalities are related, inter alia, to cylinder spacing, the crankcase and balance shaft concept as well as the position of the drive chain on the flywheel side. Furthermore, petrol and diesel engines can also be equipped with standardised oil sumps including vacuum pump and constructional commonality can also be achieved through belt drive configuration, the arrangement of ancillary components and positioning of the exhaust gas after-treatment systems in the proximity of the engine. The proportion of all identical or communal components utilised across the entire engine range increases to up to 60 percent.

Moreover, all three and four-cylinder petrol and diesel engines developed according to this principle offer the prerequisites for both longitudinal and transverse installation in future BMW or MINI models respectively. Additional efficiency in development and production is achieved through standardised interfaces between power units originating from the BMW modular engine system and each specific vehicle.

The scalable modular engine system facilitates a broader performance spectrum for variegated use within the model portfolio. The new BMW modular engine concept offers the possibility to develop three, four and six-cylinder engines with varying power output levels. This scalability creates the preconditions for a broad performance spectrum and, simultaneously, for a multitude of uses within BMW Group vehicle concepts.

As the components used on engines of varying size and power output are produced in significantly higher quantities, it will be possible also in the future to achieve the desired diversity within the drive portfolio with considerably optimised cost efficiency. As a whole, a newly introduced engine already achieves the profitability necessary for a long-term economical production strategy with a quarter of the quantity previously required. Thanks to the BMW modular engine system the BMW Group produces significantly higher quantities of individual components along with the associated economies of scale.

Moreover, the high degree of commonality results in a reduction in cost and effort required for the development of additional engine variants. For example, particularly powerful versions of an existing engine or hybrid variants for individual series can be economical even with comparably low quantities. 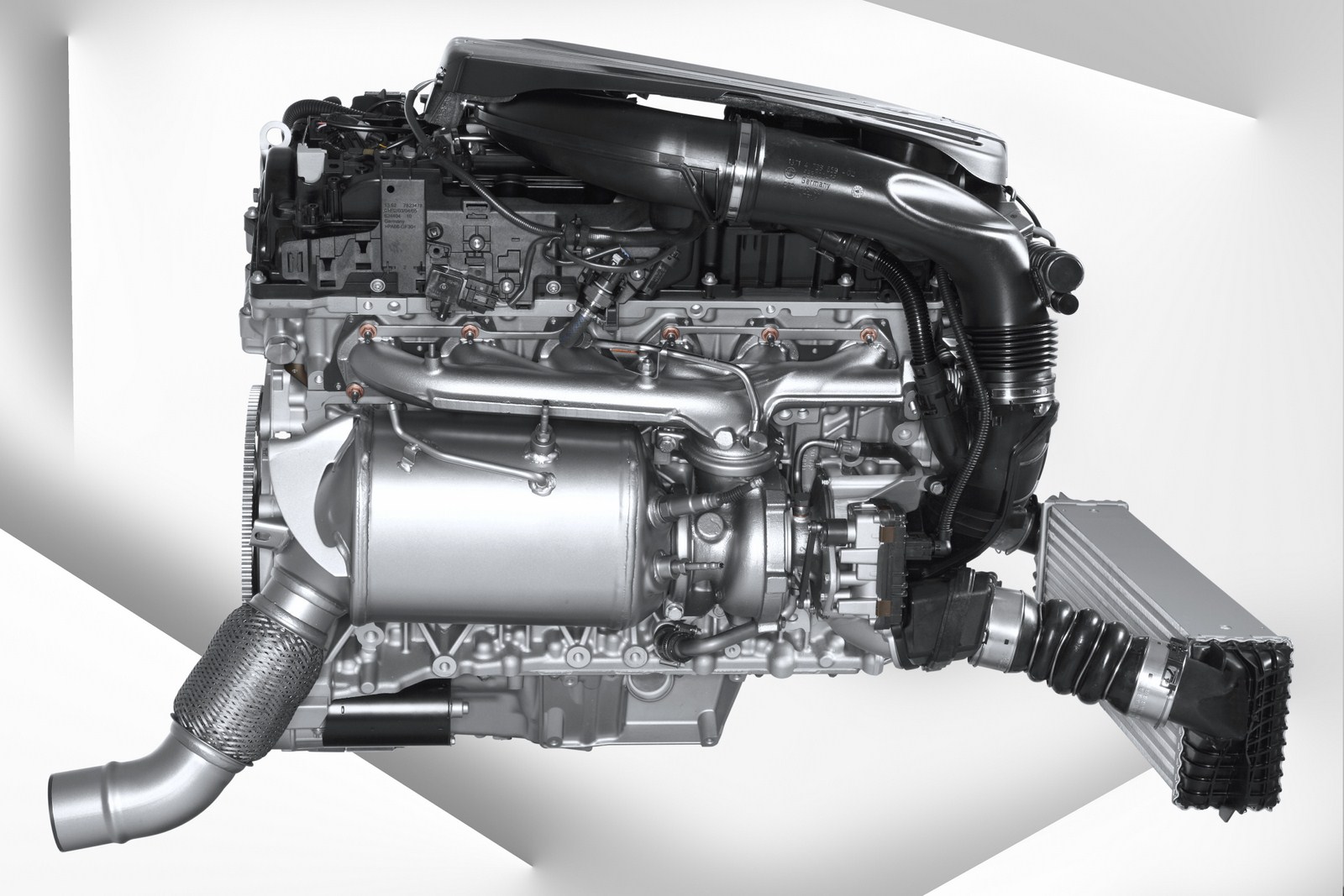 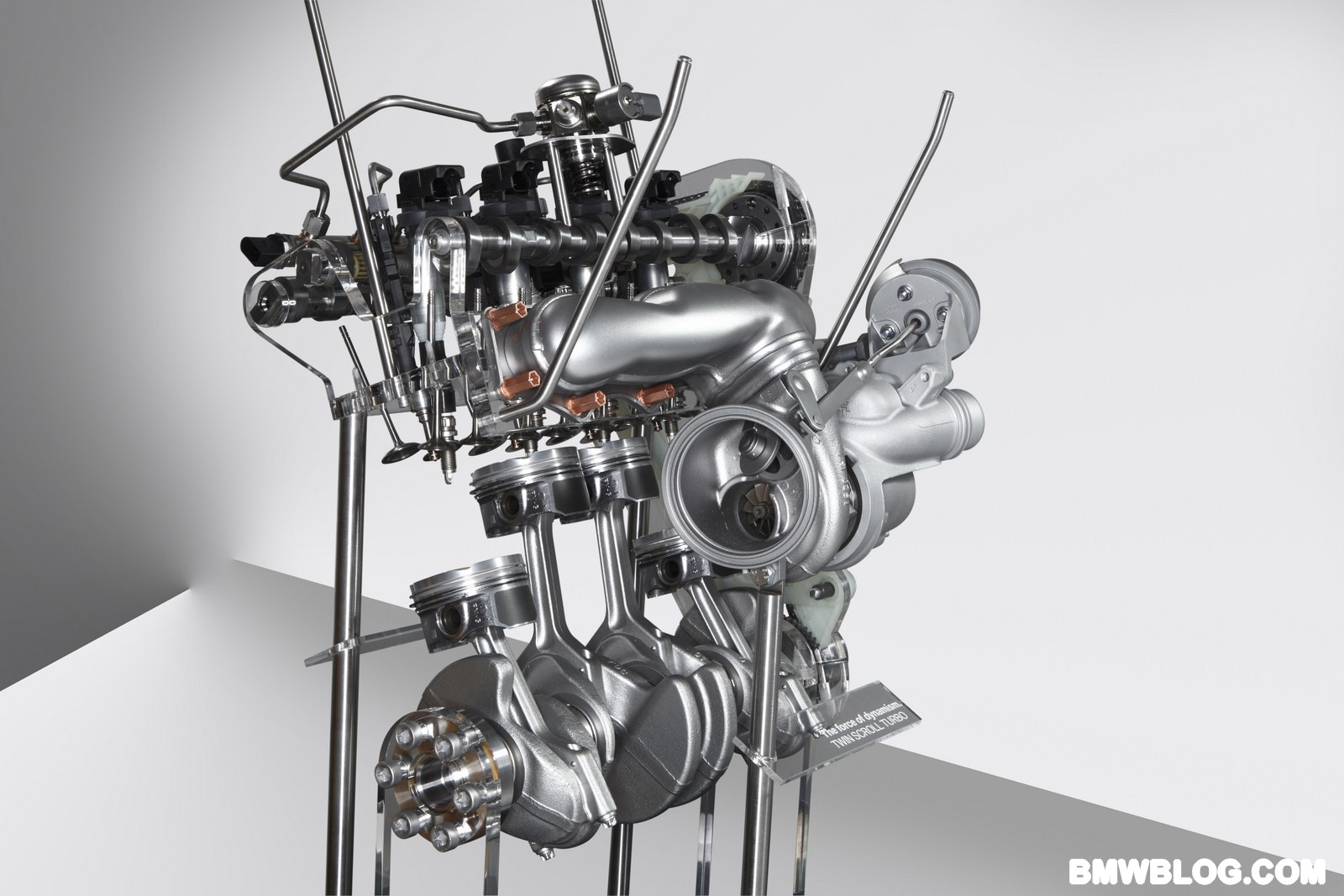 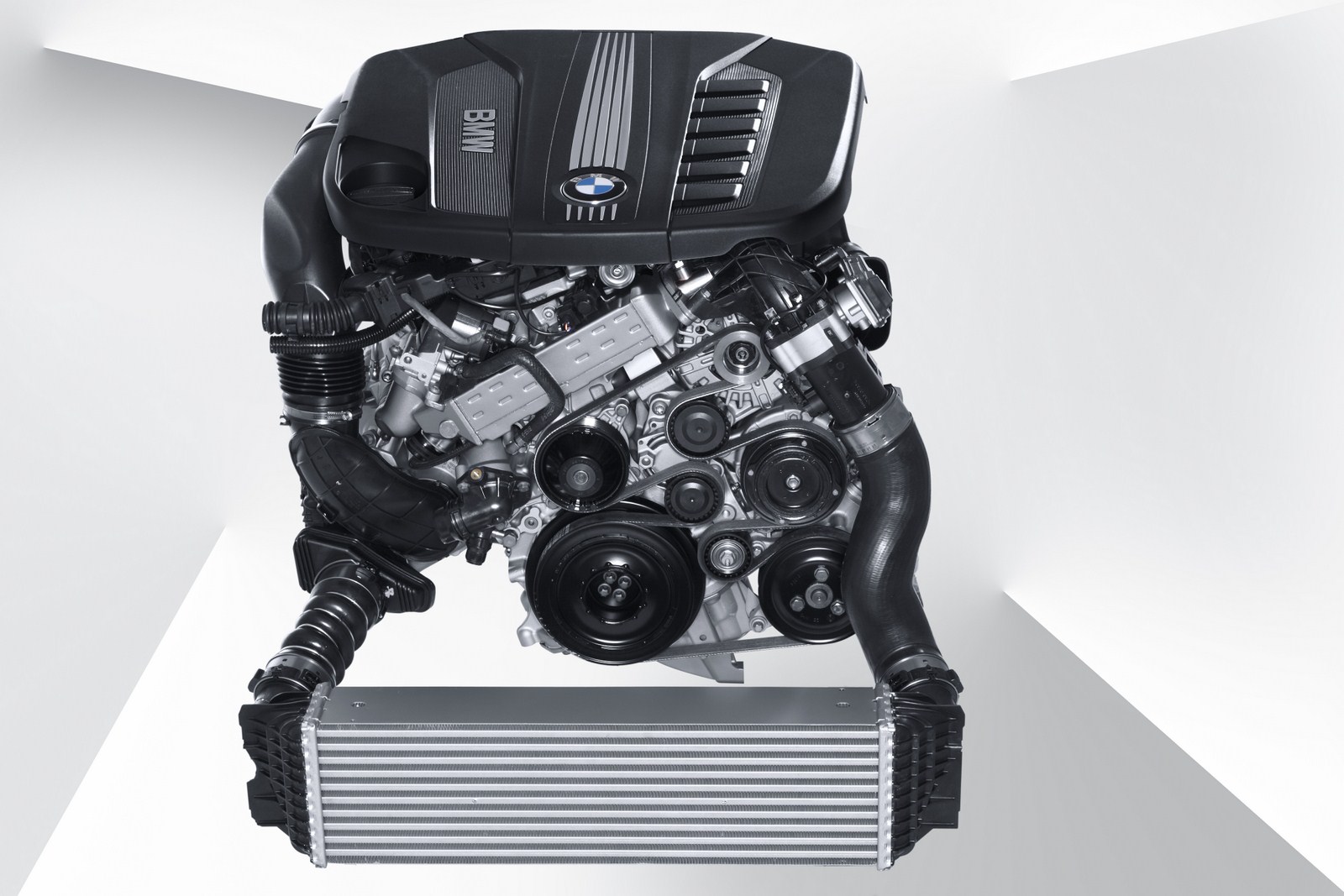 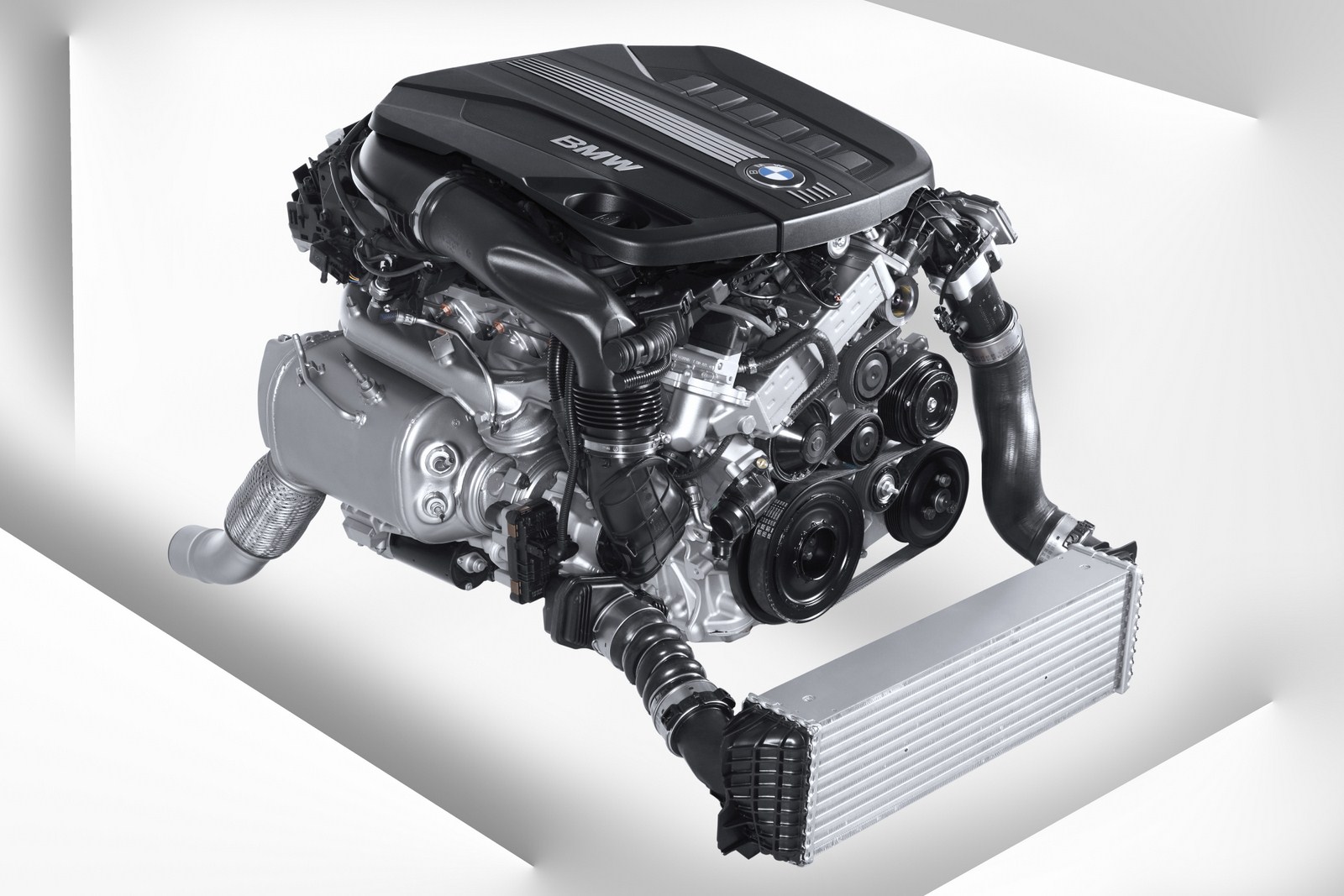 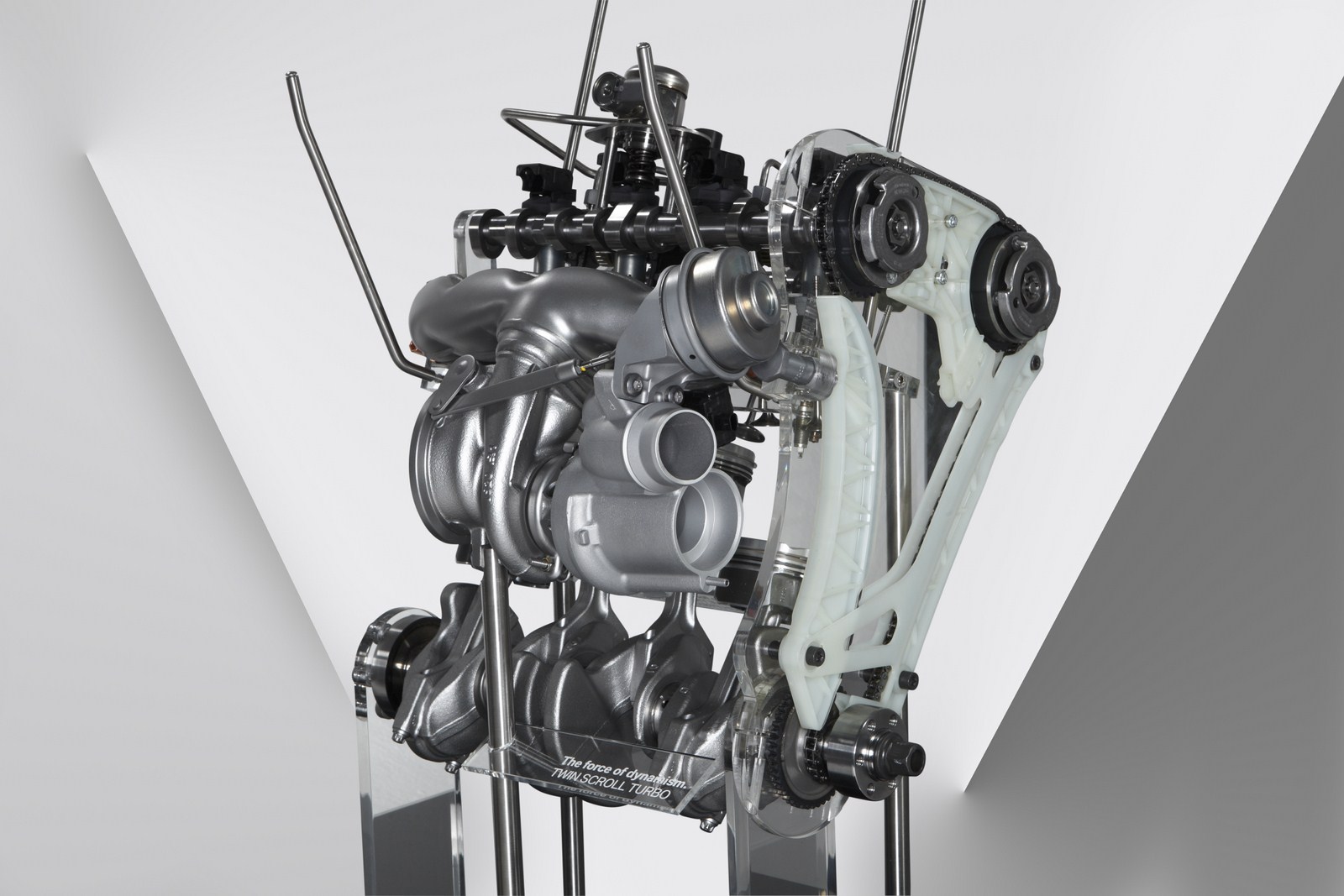