The new BMW 5 Series is shaping up to be one of BMW’s most successful automobiles on the decade. The new F10 5 Series Sedan came to market last year and according to our sources, it has exceeded the initial sales expectations. Its design has been praised by automotive journalists around the world and the new luxury sedan has been already nominated for several awards.

The BMW 5 Series is “Germany’s Favorite Car”, has gained “Car of the Year” awards from the UK, Bulgaria, Mexico, Thailand and New Zealand, completed both the US NCAP and the Euro NCAP crash test as the safest vehicle in its class and received, among other awards, numerous prizes for design.

In the US, the 5er was nominated for the “2010 GOOD DESIGN Award”. To showcase its success and accolades received, BMW releases a report that outlines some of these global awards.

Press Release: At the proving ground it immediately left the competition standing and is also right up front when it comes to public popularity. During its first year, the new BMW 5 Seriesgot off to a perfect startand is continuing unabatedly with its success story in 2011. Commanding victories in comparison tests carried out by well-known specialised media, best marks in the analyses performed by independent experts with regard to design, safety and value stability as well as an unparalleled flood of accolades in the latest reader surveys at home and abroad characterise the impressive start-up phase, which began with the market launch of the BMW 5 Series Sedan in March 2010. 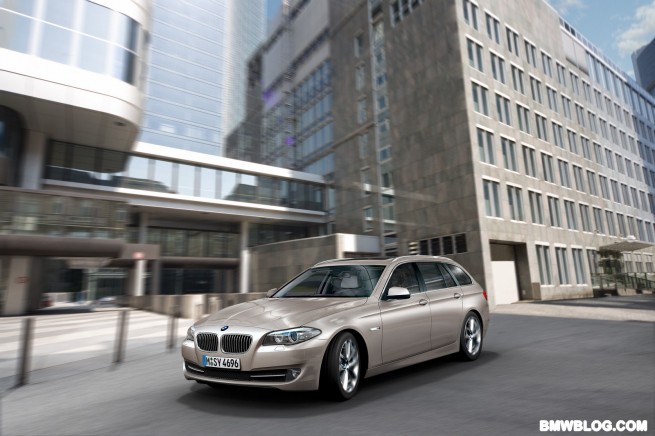 The BMW 5 Series is “Germany’s Favourite Car”, has gained “Car of the Year” awards from the UK, Bulgaria, Mexico, Thailand and New Zealand, completed both the US NCAP and the Euro NCAP crash test as the safest vehicle in its class and received, among other awards, numerous prizes for design. No other model caused such a sensation on international automotive markets in 2010 as the new BMW 5 Series. On the basis of the car’s qualities and enormous popularity, market observers are already predicting that it will retain a high level of value stability, for which reason the new BMW 5 Series is listed as “Value Champion 2011” in the rankings published by the trade magazine “Auto Bild”.

Recently, the USA’s “2010 GOOD DESIGN Award” was added to the list of accolades. The jury consisting of international design experts presented the award for the authentic transfer of vehicle characteristics to the design of the BMW 5 Series Sedan. In the BMW brand’s homeland, the BMW 5 Series’ captivating aesthetics had already been honoured with the “red dot award”, the “iF Product Design Award” and the “Design Prize of the Federal Republic of Germany”. Furthermore, the BMW 5 Series Sedan received the ”Design Award” from the “Auto Bild” and the “Design Trophy” from the “Auto Zeitung” magazine. 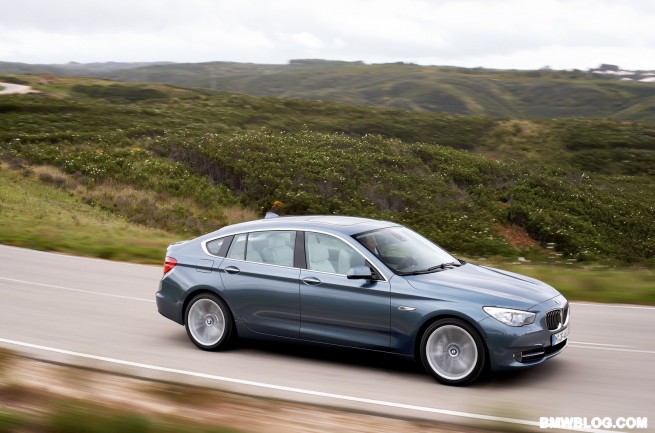 With its sporty and elegant styling, brand-typical driving pleasure and a myriad of technological innovations, the new BMW 5 Series has secured top positions in numerous international rankings established by independent institutes, trade associations and based either on a decision made by a jury of experts or a public survey. For example, the BMW 5 Series was chosen as “Germany’s Favourite Car” across all classes in the “Gelber Engel” competition held by the German Automobile Association ADAC. Readers of the trade magazine “auto, motor und sport” voted it the winner in its vehicle category in the search for the “best cars of 2011”. The BMW 5 Series also proved to be the public favourite in the readers’ voting conducted by the “Autorevue” in Austria and successfully competed for the “Grand Austrian Automobile Prize”, after being voted winner as the result of the jury’s decision and a readers’ survey. In the Netherlands, the new BMW 5 Series was chosen as the “Most wanted business car” and as winner of the “Autoweek Satisfaction Award”. In France, it was voted “Premium Car of the Year” by the “Argus Magazine”. 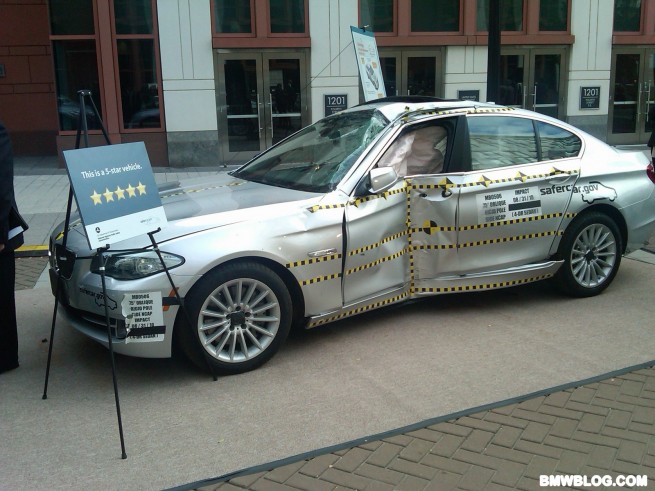 The new BMW 5 Series gained further titles at the nomination of the “Top Player 2010” by the Polish “Fleet Magazine”, in the competition “Company Car 2010” in the Czech Republic, at the presentation of the “Innovation Award” by the Hungarian magazine “autopult” and at the “Auto Bild” readers’ nomination for the “Golden Lenkrad” in Bulgaria and Romania. Bulgarian motoring journalists also voted the BMW 5 Series Sedan “Car of the Year” and the BMW 5 Series Touring has meanwhile been chosen as “Family Car of the Year” both by the Bulgarian and the Romanian edition of the “Top Gear” magazine. The BMW 5 Series Touring was also successful in the readers’ vote held by the Slovak “Auto Magazine” in this category. In addition, the Slovak lifestyle magazine “Zivot” nominated the BMW 5 Series “Best looking car of the year”. With the “Golden Klaxon Award” and the title “Best Business Car”, the new BMW 5 Series was also able to win two significant accolades in Russia. 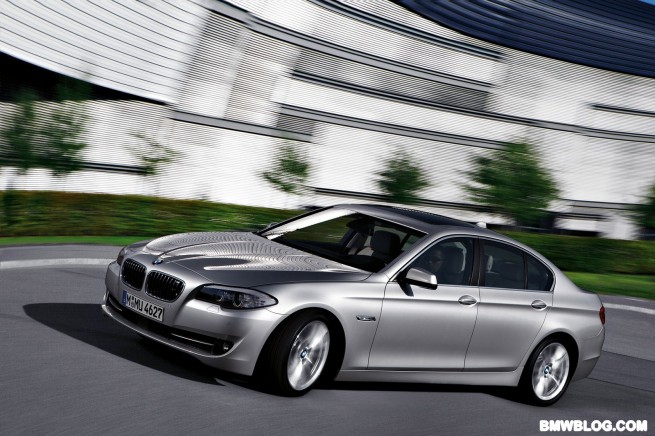 The new BMW 5 Series was able to win a particularly large number of awards on the East Asian automotive markets. These include for example double victory at the “Car of the Year Award” and the “Automotive Quality Award” in Thailand, first place in the automobile ranking in the competition “Hit Products” of the “Herald Business Newspaper” in Korea and the “Autocar ASEAN Award” in Malaysia. In Indonesia, the BMW 5 Series was up front both at the “Auto Bild Indonesia Award” and the “Top Gear Indonesia Award”. In Singapore, the car won the award given by the newspaper “The Straits Times” in the class “Executive Sedan”. Furthermore, the online magazine “OneShift.com” voted the BMW 535i “Car of the Year”. A further “Car of the Year Award” was presented in Taiwan to the BMW 5 Series Sedan. In Hong Kong, the BMW 5 Series seized six significant awards at once. It was voted “Executive Sedan of the Year” by the magazine “Top Gear”, “Best Executive Sedan” by “Automobile Magazine” and “Best of European Executive Sedan” by “Car Plus Magazine”. In addition, the “JessiCar Award 2010”, the “COTY Gran Prize” and the title “Editor’s Choice – The Best of Executive Sedan 2010” went to the new BMW 5 Series.

The series of internationally most significant awards is completed by outstanding results in a multitude of discerning and renowned safety tests. The new BMW 5 Series completed the Euro NCAP, the US NCAP and the Australian NCAP crash tests with the best mark of 5 stars. In fact, the BMW 5 Series Sedan is the very first car to achieve a 100 percent rating in the category safety features in the Euro NCAP crash test. Moreover, it is one of the first vehicles to receive a special award given by Euro NCAP experts for the enhanced emergency call with automatic positioning and information on the severity of the accident.

The new BMW 5 Series Sedan also coped with the US NCAP crash test in a special way. It is the first car to receive at first go the highest rating of 5 stars in the further significantly tightened test procedure of the US-American National Highway Traffic Safety Administration (NHTSA). Furthermore, the new BMW 5 Series was honoured in the USA with another accolade for outstanding occupant protection.  The Insurance Institute for Highway Safety (IIHS) voted the car “Top Safety Pick” based on best ratings in all test categories.

The new BMW 5 Series was also successful in setting the benchmark for safety on the Australian and Asian automotive markets. In the Australasian NCAP crash test, the BMW 5 Series Sedan obtained the best result ever achieved in this vehicle class. In New Zealand as well, independent experts honoured the excellent level of occupant protection. At the “AA Motoring Excellence Awards”, the New Zealand automobile club AA (Automobile Association) nominated the new BMW 5 Series safest vehicle of the year.