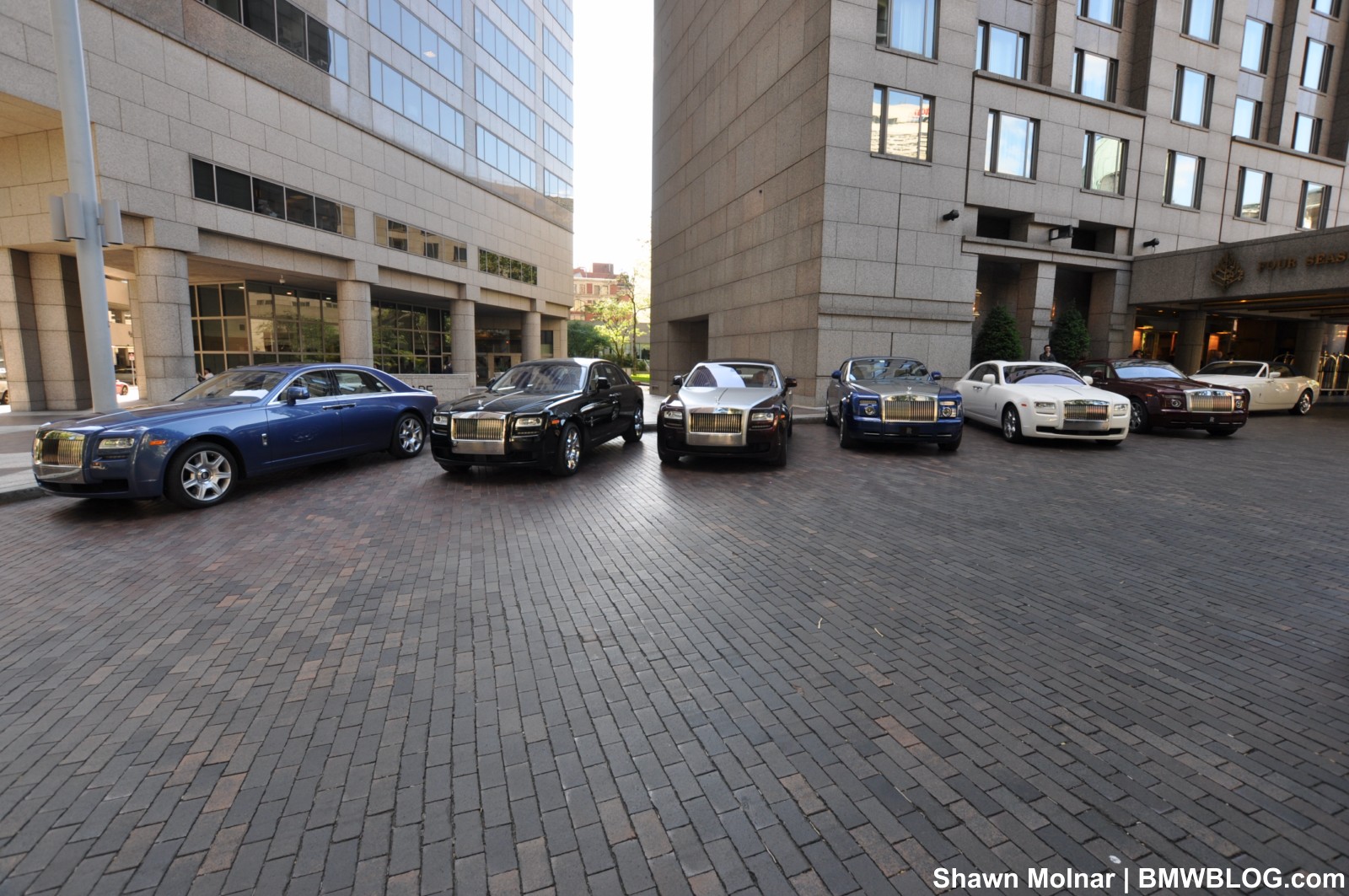 It’s tough to pick a winner among winners – but that’s exactly what we’ve done for our newly annual, BMWBLOG Car of the Year Award. All BMW’s and sister brand Rolls-Royce, MINI, and Alpina cars available for sale in the 2010 calender year were eligible to enter, and with so many brilliant cars of late – this battle was closely fought.

We’ve given one vote to each of our staff Editors, and the car with the most votes takes the crown. You can read all of our Editor’s picks and rationale below before voting for your own pick among our finalists at the end of the article.

It’s possible your personal pick did not make our list, so why not add yours in the comment section and tell us why your pick deserves the crown? 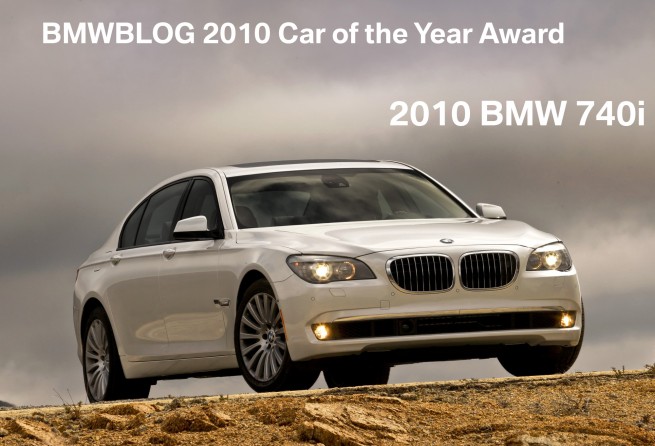 When BMW first introduced their 7 series flagship sedan back in 1977, it arrived with a silky smooth BMW inline-six under the hood. It was the only engine on offer, standard fare for those who wanted the pinnacle of Munich’s engineering know-how. Over three decades on, and the iconic inline-six still offers turbine smooth acceleration, throaty music, and punchy character. After a hiatus from the North American market, six-cylinder power has returned to the 7 series on our shores.

You’re likely to miss anything you’ve misplaced for a decade, and the 740i’s absence only heightens the intensity and significance of its return. After driving the all-mighty twin-turbo V12 760iL and weaponized Alpina B7 to their respective limits, it’s tough for the racer in me to select the 740i for our “Car of the Year” award. But the plot thickens. You see, the 740i weighs over 680 lbs less than its V12 big brother, so when it comes to driving dynamics – the 740i offers up nimble, even “tossible” handling and brilliant clarity through the steering wheel that its heavyweight siblings simply lack. Besides offering a more spirited drive, the 740i also finds impressive economy in its class, even matching the 7 series hybrid model for fuel efficiency figures at 17 mpg city, 25 mpg highway. A 5.8 second 0-60 time still finds itself in sports car territory, and you can enjoy this performance in the same luxury as found in the larger engined models, all at a substantially lower sticker price. Frugality, fun, and value: suddenly this car’s merits come to light.

There were other BMWs that crossed my mind for 2010’s “Car of the Year” award, but for one reason or another, they each stumbled from grace. The new 5 is brilliant, if not for its numbed steering. The X5M and X6M are incredible performance machines – yet they achieve their performance despite themselves and their gluttonous weight. The 335iS was a hoot on the track, but it’s about to be eclipsed by the new 1M with its significantly lighter, tuned chassis. The M3 is brilliant as ever, but it’s now feeling a touch heavy to my taste considering its mission as an M car – 3,700 lbs is a bit much. Finally, the M3 GTS nails the weight loss, but is unavailable with a purists’ pick, manual gearbox.

That’s not to say that the 740i’s win was inherited by the other’s flaws. With legendary inline-six power onboard, the 740i offers the type of brand purity that personifies its roundel. Whereas the 12 and 8 cylinder models were mighty and powerful to drive, the 740 was “fun.” There is a special honesty, simplicity and character to this car that embodies the magic of the brand – and for that, the 740i becomes our 2010 Car of the Year.

The 740 should take it given a frugal but powerful engine, a competitive price and its driving dynamics. I’ve not driven the F10, but the F01 has that special ability to shrink around you like the wonderful E38 could do. Its road manners for its relative size and comfort level make it one of my favorite BMWs for sale right now.

Couple this with best-in-class styling and a cockpit nicer than my condo and its hard to turn your nose up at the first 7 Series with a six cylinder in the US in a long time. I love the idea of this car just because it offers better bang for the buck at this level and there isn’t much to distinguish a 740 from a range topping 760. 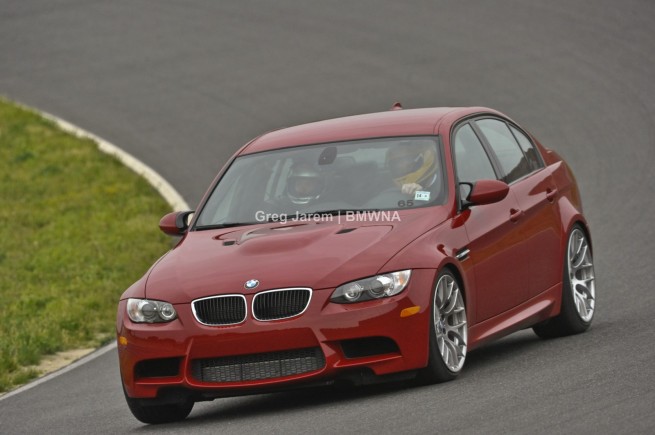 My other main pick is the M3 sedan with competition package. Its fast, more discreet and with BMW reportedly discontinuing a sedan from the next gen M3 – this is sure to be a future classic. Tracktard with a family? No problem, room in the back seat for a baby seat and room in the trunk for strollers. On the weekend it can double for tire storage on Saturday runs at the local track.

With the competition package you get the aesthetic and electronics of a fully-optioned M3 that can punch far, far above its weight class. Despite a $65k+ price tag it can hang with 911s and Lotus Evoras with ease making it a deal for this level of performance. It can also maintain a set of tires longer than its Mercedes competition. 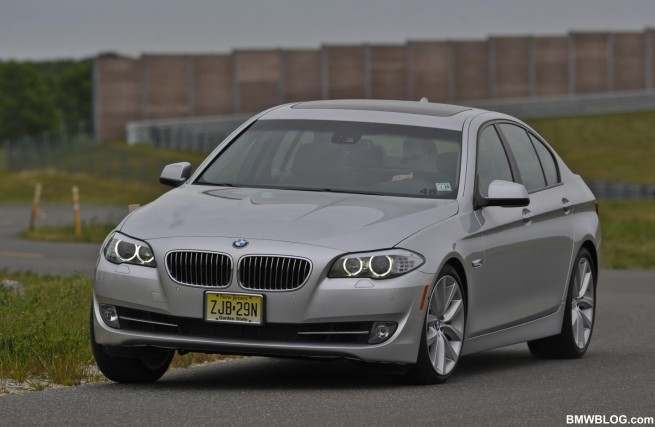 One word explains this pick, VALUE. You get a well developed smooth running inline six cylinder engine (the N52B30) that delivers sub 7 second 0-60 times and an EPA rated 32 MPG on the highway. You get the fabulous eight speed automatic and access to the 7er’s electronic suite (since the F01 and F10 share a platform matrix – see the piece we did on that).

For around $50k, you end up with a great road car, great passenger accommodations, and decent driving dynamics. You could look at an equivalent Cadillac, Lexus, or possibly Infinti, but they’ll come up just a bit short somewhere in the comparison. The BMW 528i also slips in under the Mercedes-Benz E350. Mercedes-Benz really doesn’t have an equivalent E series model to the 528i. And the Audi A6? Well do you really want a FWD, CVT transmission car for the same price as the 528i? 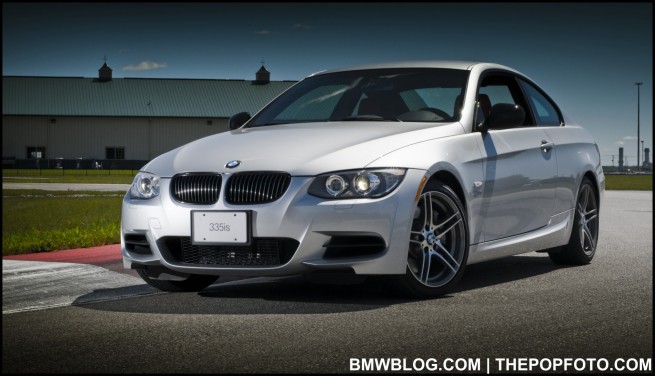 The 335is is one of those hidden gems within BMW family; a vehicle that takes what’s best in the 335i Coupe and brings to a new level of performance and fun driving.

When unexpectedly the 335is was announced, many wondered where and how will the performance coupe fit within the line-up. BMW introduces the 335is to fill the gap between the 300 horsepower 335i and the almighty M3, and its 414 horsepower. With 320 horsepower and 332 lb-ft of torque, and an overboost function allowing for seven-second blasts of 370 lb-ft of torque, the 2010 335is comes to complement BMW’s 3 Series line-up.

In a recent review, I called the 335is “a track performer, yet still a perfect commuter”, a statement that I continue to support. The extra sporty 335 can hang with the boys on track, but it also doesn’t shy away from the regular daily commute, a fun car to drive, even when traffic jams.

For a roughly $7,000 premium, or significantly less if we consider the sport package option on a regular 335i, the new performance coupe models offer a more appealing sporty look, higher performance and joy of driving over the 335i that sits in our garage as well. It was a close race with the 740i as the top BMW of the year, but the appealing price on the entry-level 7er, made the difference.

Read our BMW 335is review 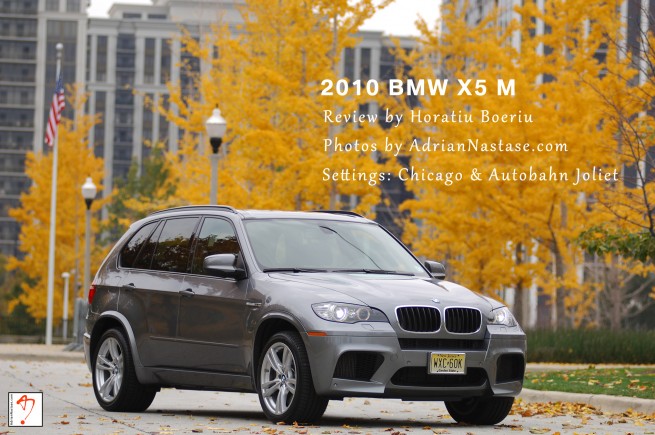 Yes, I know, it is not a “true M”, nor it will ever be considered one, but nonetheless, it has been one of the most fascinating BMWs we have driven this year. At 5,368 pounds, the BMW X5 M presented a challenge to both the engineers and the marketing department. First task goes to the engineering team responsible for turning a heavy monster AWD into a race track performer; a car that not even its driver can tell it broke any socially acceptable weight levels. But thankfully, the BMW M Division came through. 555 horsepower at 6,000 RPM and 501 lb-ft of torque at 1,500 RPM are enough to make us forget about the weight underneath and allowing us to treat the car as any other M we’ve seen before. Add to this intriguing combination the 4.1 seconds 0-60 mph performance, and no one can ignore the athletic qualities of this M SUV.

In my extensive time behind the wheel, again both on and off track, the X5M was a “Joy” to drive, in line with BMW’s latest marketing campaign that showcase their vehicles as fun and joyful. And yes, it slightly shies away from the Ultimate Driving Machine status, but the X5M serves a well defined purpose: a family car with the capability to turn itself into a track performer on request. Think about the dad who enjoys a safety vehicle to haul around his family, but turns into a true enthusiasts on the weekend when the car sees the open road.

So looking back, we are proud of the things the talented German engineers have achieved. Make no mistake, building a car like this is far from being an easy task. The M DNA needs to remain and there is no room for error, and without a doubt, the M Division has built a great car, despite our negative feelings towards an M SUV. 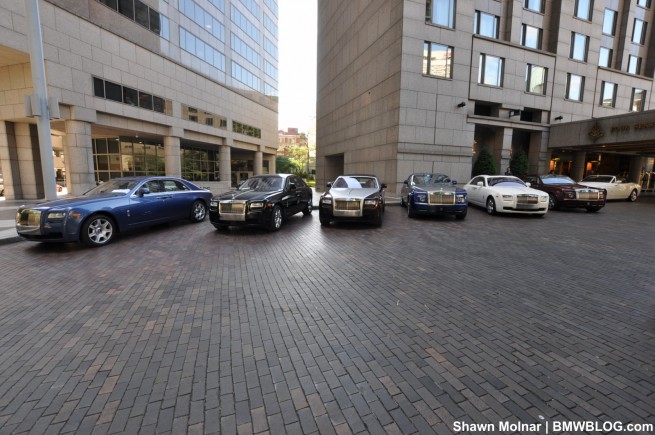 At only $245,000, the Ghost has proven to be a greatly successful for Rolls Royce. The challenge the Oxford-based company faced was no less tricky, and the importance of getting it right was never more essential. For years, the company has been looking at ways to expend the typical customer base and despite successful models like the Phantom, the customer demographic remained the same. Ghost came as a fresh breath of air and the car has already exceeded all the sales expectations while attracting new customers to the brand and a quite different demographic.

The Rolls made the Ghost to feel like a daily driver rather than a chauffeured luxury limousine and the BMW engine underneath the hood made sure the performance and driving thrill is more present than ever.

Given its curb weight of nearly 5,500 pounds, one would expect a sluggish ride, more on the comfy side rather than sporty, but with the silky-smooth twin-turbo V12, the baby-Rolls sprints to 60 mph in less than five seconds, enough to get the blood pumping.

Earlier this year, Rolls Royce reported an 146-percent increase in sales over the previous year, thanks to the wonderful Ghost, a well-deserved runner up in our 2010 Awards.

Since your opinion is valuable to us, we will open the polls now and allow you to vote on the BMWBLOG 2010 Car of the Year Award. If you feel we have left something off, please feel free to let us know in the comments section below.