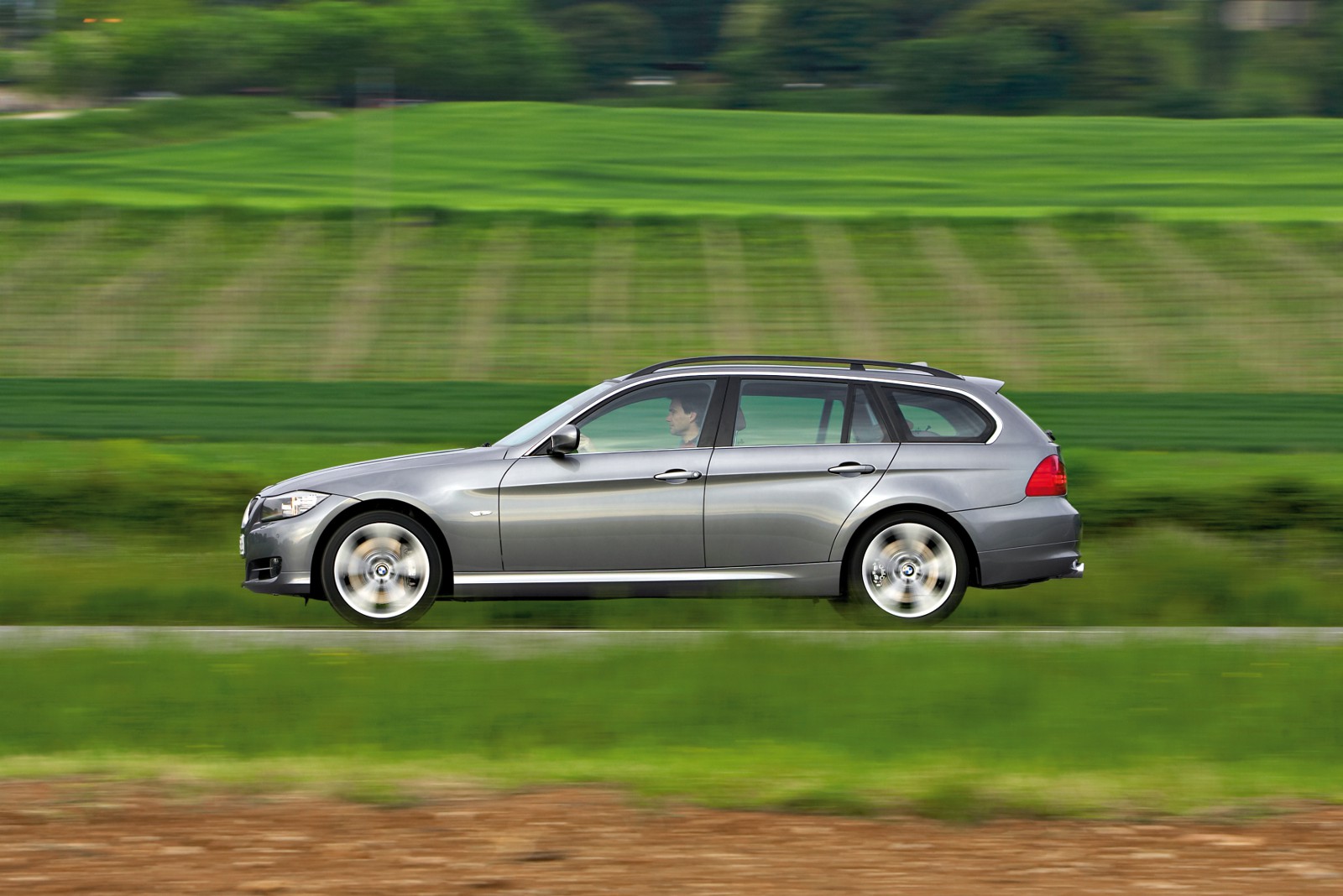 114 grams of CO2 per kilometre and 120 kW/163 hp – this relation between emission levels and engine output can only be achieved with BMW EfficientDynamics. BMW has realised it in a premium vehicle of the medium range which also offers a luggage compartment volume of up to 1,385 litres (48.9 cu. ft): the new BMW 320d Touring EfficientDynamics Edition.

The new combination of efficiency, driving pleasure and versatility is possible due to the use of technology for the reduction of fuel consumption and emissions involving a specific engine design. The BMW 320d Touring EfficientDynamics Edition has average fuel consumption of 4.3 litres per 100 kilometres (65.7 mpg imp) in the EU test cycle, thereby clearly leading the efficiency rankings within its vehicle segment. 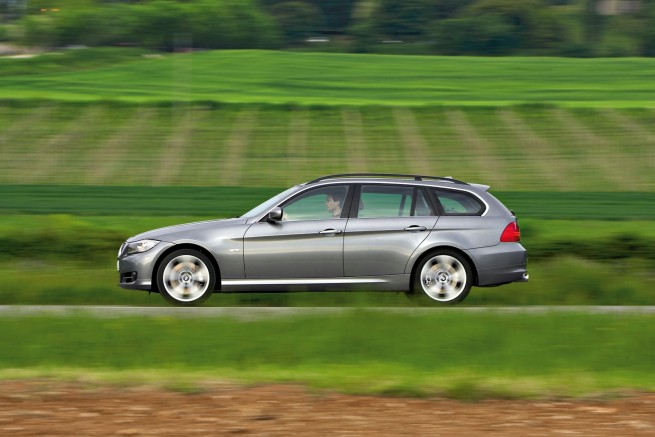 The new BMW 3 Series Touring model was primarily developed for the markets of Belgium, the Netherlands and France, since in these countries an important tax limit of 115 g CO2/km applies.

When the BMW 320d Touring EfficientDynamics Edition becomes available in spring 2011, BMW will once again underscore its global leadership in the development of dynamic models with a particularly low level of emissions – as was previously the case with the similarly configured Sedan model.
The 5-door vehicle is powered by a 4-cylinder diesel engine of the latest generation with common rail direct injection and turbocharging. Its 120 kW/163 hp all-aluminium power unit provides maximum torque of 380 Newton metres (280 lb-ft) from just 1,750 rpm, accelerating the Touring model in 8.3 seconds from zero to 100 km/h (62 mph) and on to a top speed of 223 km/h (138.5 mph).

Clear lead within the competitive field: significantly superior dynamic performance and up to 30 grams less CO2 per kilometre thanks to BMW EfficientDynamics.

This relationship between efficiency and driving pleasure is unique within the entire medium category market environment. The competitor with the lowest fuel consumption in the segment of the BMW 3 Series Touring has a much less powerful engine, requiring almost 5 seconds more for acceleration from zero to 100 km/h (62 mph) than the BMW 320d Touring EfficientDynamics Edition. Other comparable vehicles in this category have a level of CO2 emissions up to 30 g/km higher than that of the new BMW EfficientDynamics Edition version.

This makes the Touring model’s lead in terms of efficiency similar to that of the BMW 320d Sedan EfficientDynamics Edition. With the benefit of low weight and a low drag coefficient, the Sedan posts fuel consumption figures in the EU test cycle of 4.1 litres per 100 kilometres (68.9 mpg imp) and CO2 output of just 109 g/km.
Within the hotly contested medium range, both models stand for groundbreaking efficiency combined with the dynamic performance typical of BMW, as well as providing the superior level of technology and quality of a premium automobile made by BMW. As a parallel offer to the BMW 320d they have the same standard comfort features and are available with virtually all the options for the BMW 3 Series, including driver assistance systems and BMW

ConnectedDrive mobility services.
The outstanding efficiency of the Sedan and Touring models derives from a consistent implementation of the BMW EfficientDynamics development strategy. Their 2.0-litre diesel engine has been modified for further enhanced efficiency. What is more, the range of efficiency-enhancing measures applied in other BMW 3 Series models has been extended in the BMW 320d EfficientDynamics Edition with the addition of model-specific innovations.
Besides a longer final drive ratio, these include a low-slung chassis and special aero-rims in the turbine wheel design which make for improved aerodynamic properties. The drag coefficient of the BMW 320d Touring EfficientDynamics Edition is reduced to just 0.275.

In order to ensure smooth, vibration-free running even at low engine speeds, the power unit of the BMW 320d EfficientDynamics Edition is fitted with a so-called centrifugal force pendulum which effectively compensates for the irregular rotations usually occurring at low engine speeds. This new component is integrated in the engine’s dual-mass flywheel where it eliminates vibrations released for engine load requirements, thereby ensuring a comfortable and acoustically optimised power delivery from low engine speeds.

In combination with a longer final drive ratio, the efficiency-enhanced engine design of the BMW 320d EfficientDynamics Edition makes for a significant reduction in engine speeds across all road speed ranges. And even in
combination with this load point shift which benefits fuel consumption and emissions, the spontaneity and running smoothness characteristic of BMW diesel engines is fully retained. The increase in comfort thus achieved encourages the driver to use a higher gear more frequently or indeed avoid shifting down altogether. When accelerating, the BMW 320d EfficientDynamics Edition still shows the agile driving response typical of a BMW.

Needless to say, the BMW 320d Touring EfficientDynamics Edition also features as standard the complete package of measures to reduce fuel consumption and emission levels as applied to the other models of the BMW 3 Series. For example, thanks to Brake Energy Regeneration, the generation of electrical current for the vehicle power system is focused on the vehicle’s trailing throttle and braking phases where fuel consumption is at a neutral level. The Auto Start-Stop function means that the engine can be switched off during a short stop, preventing unnecessary fuel consumption when idling.