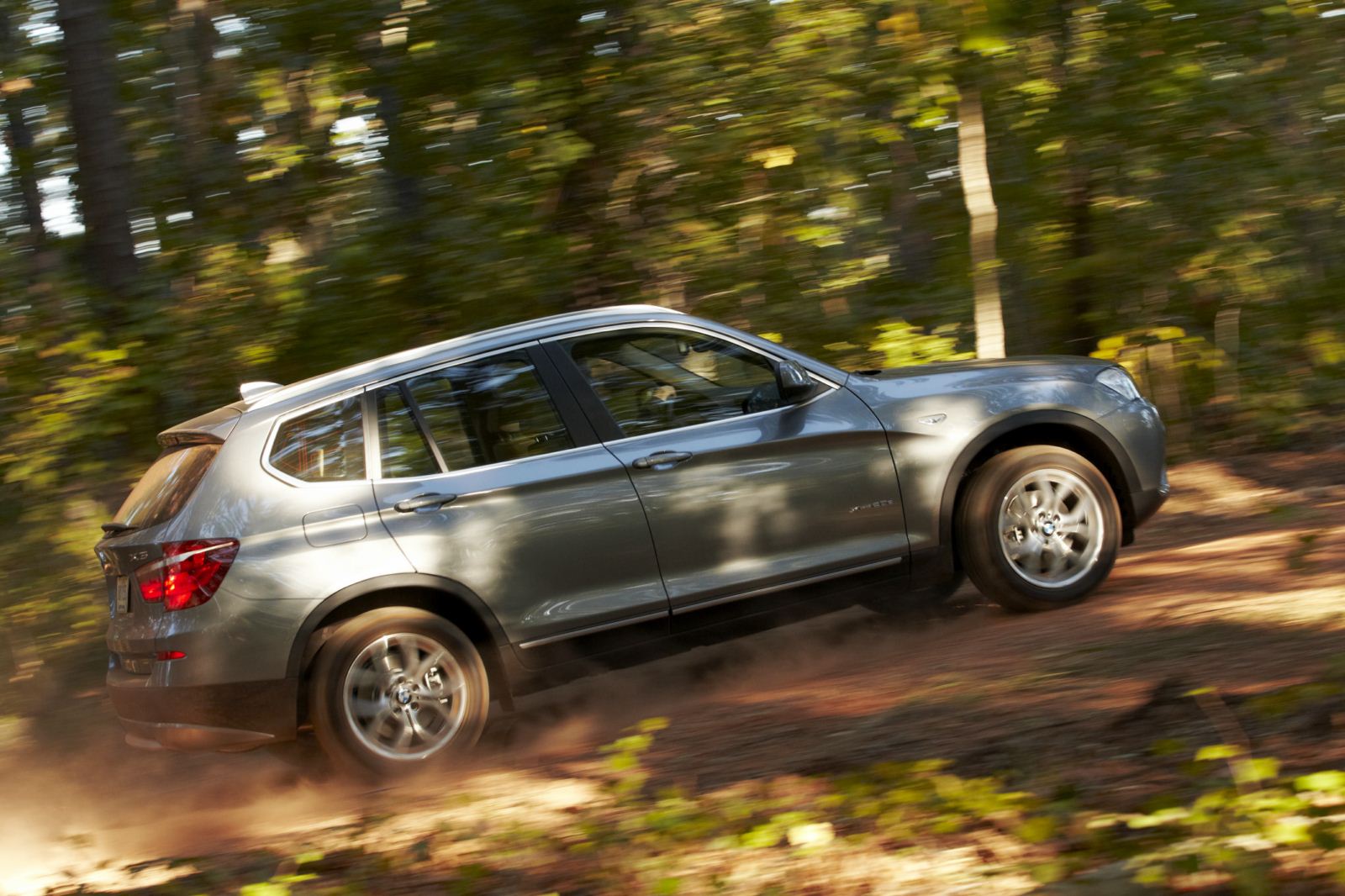 Our series of exclusive interviews continues today with Erik Goplen, the exterior designer of the new BMW X3. The American designer, working as a creative director for DesignworksUSA, also designed the BMW E46 3 Series Coupe, one of the most popular and highly appreciated 3 Series to date.

Goplen is an avid classic car collector – he owns 1969 De Tomaso Mangusta; and one his mottos was revealed in a previous interview: “We have a design heritage to maintain”.

To learn more about the design of the new X3 and also his transition as a designer from a Coupe to an X-model, BMWBLOG sat down with Erik at the recent Paris Motor Show.

BMWBLOG: The previous X3 was somewhat feminine in appearance and appeal. What has been done to revise the new X3 as it looks much more muscular now?

Erik Goplen: Actually a lot has been done. One of the key things is the proportion of the car. The car is much more stable on the ground with a wider track and a more muscular form has been put into the car. My explanations of the body form, which I think are strengthening the “X” DNA, are these three details over the front wheel, rear wheel and then also the “zicke” line. It’s almost like this tension of line helps to give the car masculinity. 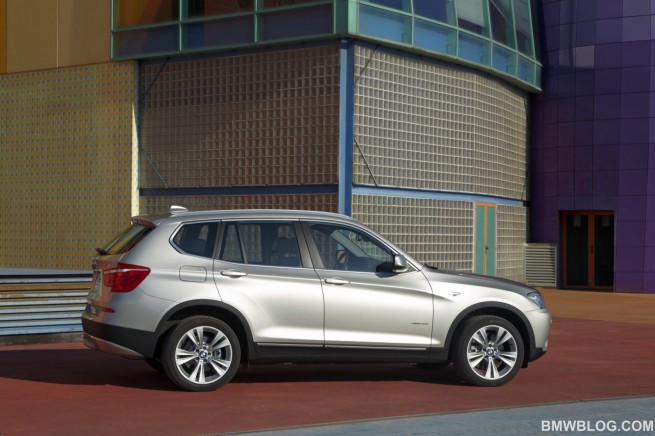 BMWBLOG: Would you say the new X3 design is conservative?


Erik Goplen: I don’t know how the outside will feel about it. In my opinion it’s quite a large step forward. Again, the strengthening of the development of the car, a lot more light and shadow and a lot more muscular surfacing. I did appreciate what we had done previously as far as design.

For example, the taillights were very iconic and then back to the E46, I wanted to bring back the double round headlights. I felt that we had established a strong position with that car. It took a while since the car was considered the “little brother” of the previous X3 and eventually it got a lot of momentum. In Europe they really enjoyed the car and it was really successful. This car represents a car that has grown up and I wanted to portray the “little brother” as a tough boxer that stands its ground. When it comes to the sculpture of the car, we are being a bit more provocative. The lights align strategically with the entire line-up. I’m very proud of the car and especially the sculpture through the car. When one thinks of modern or progress, I believe the car has all those elements to make it successful.

BMWBLOG: What hommage does it pay to the previous generation?


Erik Goplen: From the very first sketches it was important to me to emphasize these dynamic lines. I love that ticked up yellow and in this case being something I wanted to preserve. The strength of where it sits in space, there is a lot more wedge to it and in appearance it looks like it has this motion of going forward.

There is also the T-lamp in the back. Those are probably the two elements that are on the more obvious side. Other than that, the car was really a blank slate of paper, but we believe that the cars have a little bit of evolution in them. I just did what felt natural with my proposal. There wasn’t a definite request or requirement from the board, so it was nice to have that freedom.

BMWBLOG: Is there any feedback from customers to led to specific design features in the new X3?


Erik Goplen: This car started out in our California studio and I think the only influence from us is the location. I very much look to other things, other than other cars and our dialog with customers is more general and not specific to an exact model. Since my wife drives the current X3 and from a factual point, to have a car that has a little more space and drives a little more confident made this for me more reality.

BMWBLOG: Did you look at the midsized SUV market for inspiration and direction when designing the current X3? Prior to the inception of the original X3 there was no Audi Q5 or Mercedes-Benz GLK. Does the aforementioned competition change the design approach to the X3?

Erik Goplen: I feel that the new X3 shows all these dynamic lines, which is so BMW, and really so strong and let’s say “spicy” for the “X” family. In regards to the two cars and the two companies you have mentioned, I think that they are doing their job, one better than the other. We are excited to get the new X3 out to the people. The feedback from our pre-driving shows that it’s a great car. It’s grown up, but it’s still an athlete who is very agile.

BMWBLOG: What was the biggest challenge designing this car?


Erik Goplen: We have an amazing efficiency on this car. I think it is best among the vehicles you have mentioned before. We have a little more aerodynamic involvement we have worked with and also, the rear spoiler and the front corners are maximizing this, creating a balance of function to aesthetics. In the middle of the development, the width to the track was increased, which made the job easier. 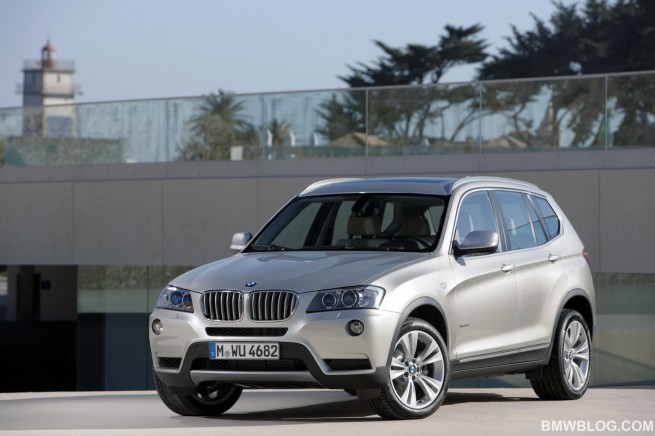 BMWBLOG: What parts of this design you like the most?


Erik Goplen: The pronounced wheel arches are my number one favorite feature. I also like the introduction of the “zicke” line that drops down. It brings a brand new dynamic to the “X” car and I think it will be a feature that we will see in the future on some of our other cars. I am very proud of the line and the tension that it’s created with that. I worked so hard on building the spoiler back into the car and I hope that some enthusiast will appreciate this. I think there is so much more sculpture and muscle built into the car. I am very proud of the car as a whole, but I think the rear of the car has the most forward thinking features built in.

BMWBLOG: How far back did the design start?


Erik Goplen: The sketches started in late 2006, early 2007. I moved back to Germany for 6 month in 2007 to develop the car. This is a Designworks product. We used the same modeler, Brady. He is a great guy. With this car we really had a chance to do exactly what we wanted and we are very enthusiastic about it. 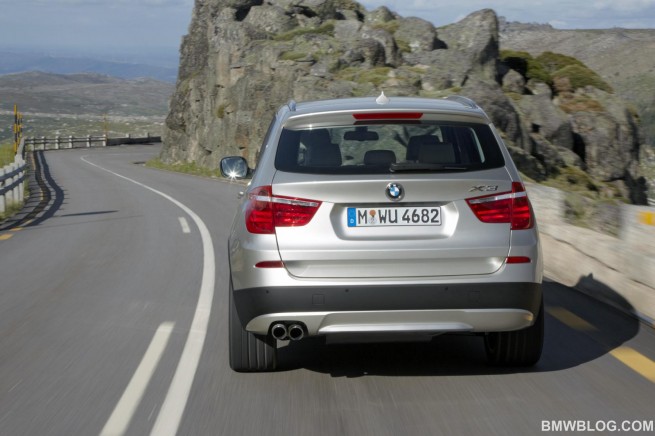 BMWBLOG: What is the target demographic for the new X3 now that it has grown some and will likely assume a role previously occupied by the original X5? Did this have an affect on the exterior design or was the design conceived then adapted to the market?

Erik Goplen: We have learned a lot. In this case, the car has to mature and be more confident now. It also has to have the attraction and I think we have accomplished all of that. I think this car bridges several demographics right now, anywhere from being a family car to being a performance car. The driving is amazing. Whether you are out doing performance driving or leisure driving the car is pretty amazing. When the car is a truly active vehicle, it will cross into several different demographics. We will notice this with the customer’s approval and enthusiasm in regards to this car. 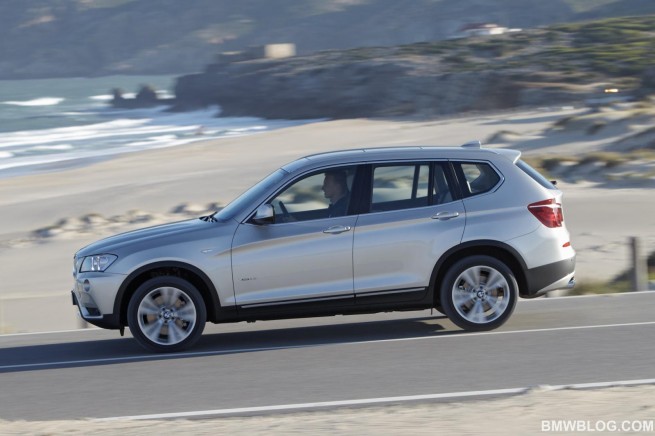 BMWBLOG: SUVs tend to be inefficient vehicles due to their size and weight. How has BMW improved the X3s aero efficiency? Its drive efficiency?

Erik Goplen: In its competitive field, this car is the best in its class. Throughout Europe the car comes with the efficient dynamic Start/Stop. In the States we can see all the aerodynamic enhancements that were made throughout the car. The guys in Munich are always working on improving the engine configuration. 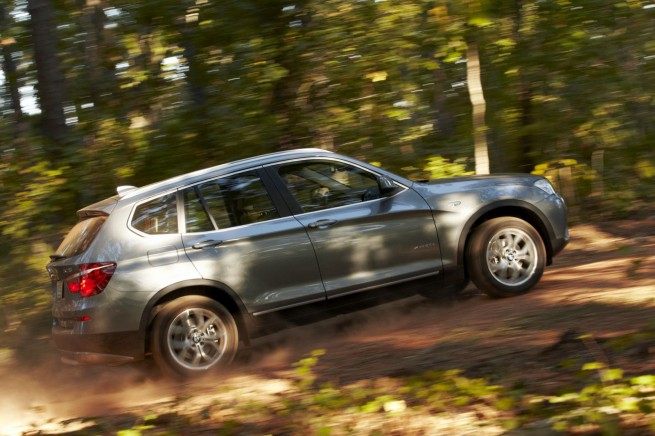 BMWBLOG: While we appreciate the X3’s role as a practical on-road vehicle, can you describe the X3’s off road capabilities? Just how far off road can it go, in a pinch?

Erik Goplen: Our intention is always that the car functions great in an off-road environment. I went to the Performance Center in Spartanburg, which has off-road terrain and you get a lot more appreciation for this car after driving it. The team in Munich that works on the suspensions does a fantastic job as well. Sometimes, I think we take it for granted, but when you are out there on the handling course or in the slide on the track, the car performs awesome.

BMWBLOG: What is your favorite BMW car of all time?

Erik Goplen: I have a passion for mid-engine cars. I really like the 3.0cso. I think there is purity in the shark nose, and in general purity to that car that we can always reference. There is also something with the M1 that I always liked as well. The study that we did was very exciting and we will be looking into similar models in the future. There are a lot of good cars. I would like to say it was the E46 coupe and the M3 version of that. We are proud of all the cars.

BMWBLOG: What’s next for Erik Goplen?

Erik Goplen: I think I’m ready for a small, sportier car. I have competed on several other “X” projects and have influenced the projects. In spite of family, kids and mountain bikes, I own a 135i manual 6-speed and it’s a fun car to drive. I’m ready to keep going in the coupe and sports car direction. We all want to design sports cars, but it’s fun to get an “X” car out once in a while.