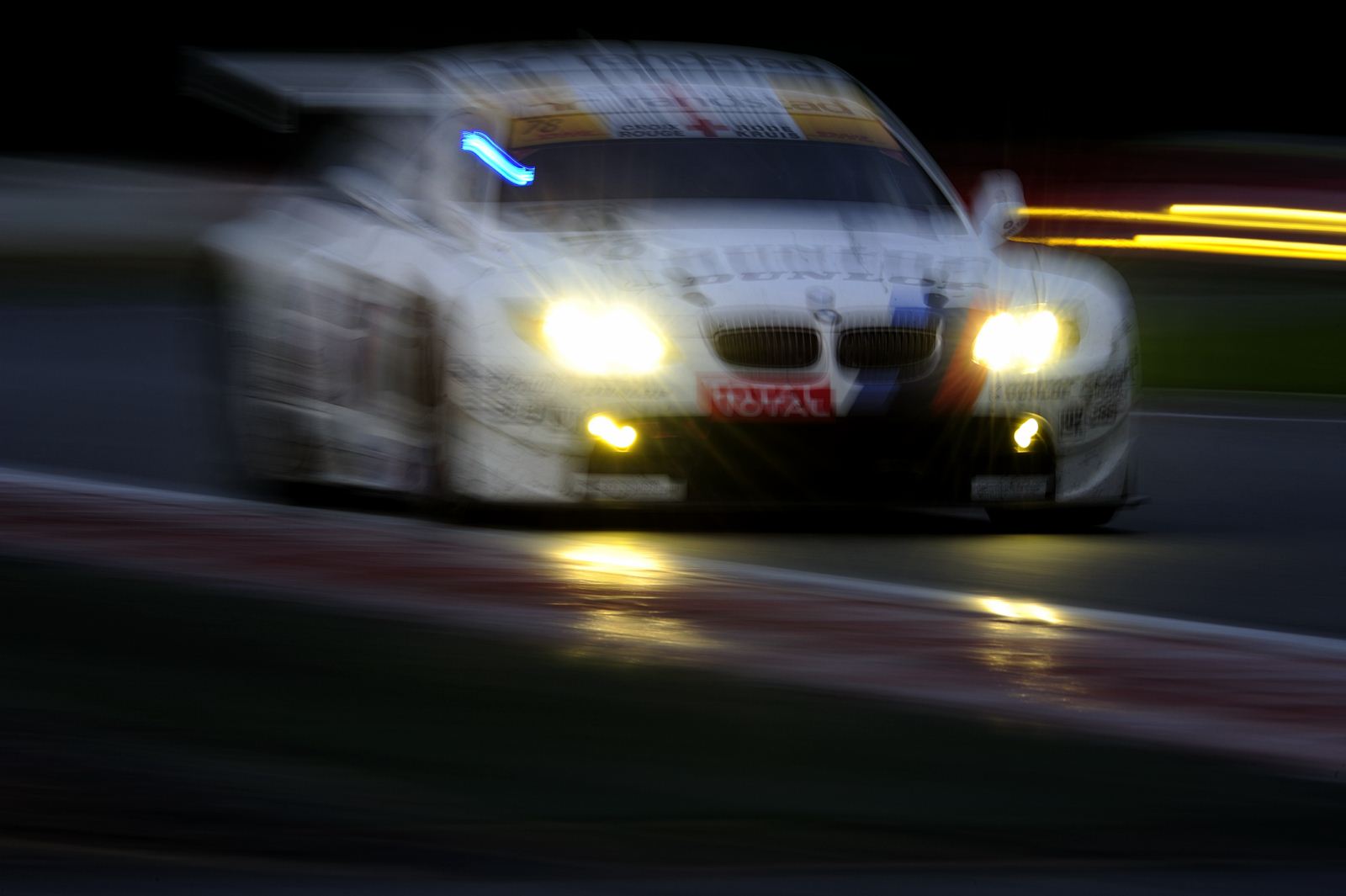 As darkness descends, BMW M3 GT2 number 79 continues to lead at the Spa-Francorchamps 24 Hours (BE). After a double stint by Dirk Werner (DE), Dirk Adorf (DE) took over the wheel as dusk set in. He will hand over to Dirk Müller (DE) during the next stop. Following a long pit stop for a technical check, BMW M3 GT2 number 78 fell back from second to seventh at about 21:30hrs. Pedro Lamy (PT) has replaced Uwe Alzen (DE) in the cockpit. He will swap places with Jörg Müller (DE) at the next changeover.

Several showers made for difficult conditions at the “Circuit de Spa-Francorchamps”. Shortly after 20:00hrs, despite a damp track, the drivers decided to continue on dry tyres to avoid losing time during the tyre change. The decision proved to be the right one, as the circuit soon allowed them to start setting faster lap times again. One hour later, however, the rain was so heavy that they had to switch to wet tyres. Since 23:30hrs car number 78 has been running on slicks again. 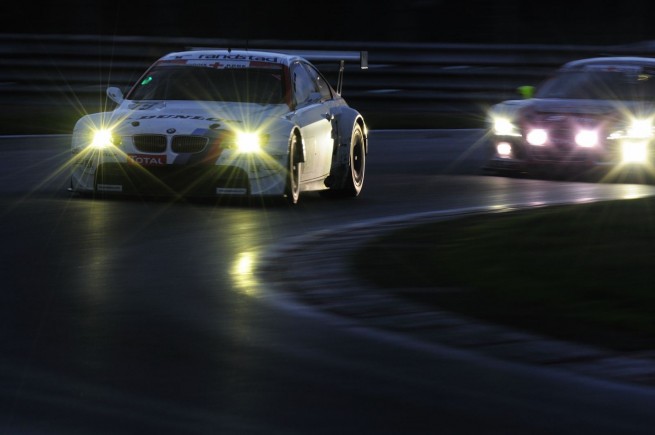 Jörg Müller (Car Number 78):
“My stint was not particularly spectacular. At the beginning, large sections of the circuit were wet however we coped brilliantly with these conditions on the dry tyres. As a result, I was able to complete my turn without any unscheduled stops. As a driver, you obviously have to adapt to the darkness. You can no longer see where the dry spots are, or where there is water on the track. That makes it even more difficult.”

Dirk Werner (Car Number 79):
“It was great fun leading the race, but the conditions were really difficult. It just kept on raining from time to time – sometimes quite heavily. Despite this, we decided to stay out on slicks. The Dunlop tyres worked very well in those conditions. The cars on wet tyres may have been a bit quicker, but we saved time on the tyre change. We obviously hope that it will dry out soon, as we are very quick out there.” 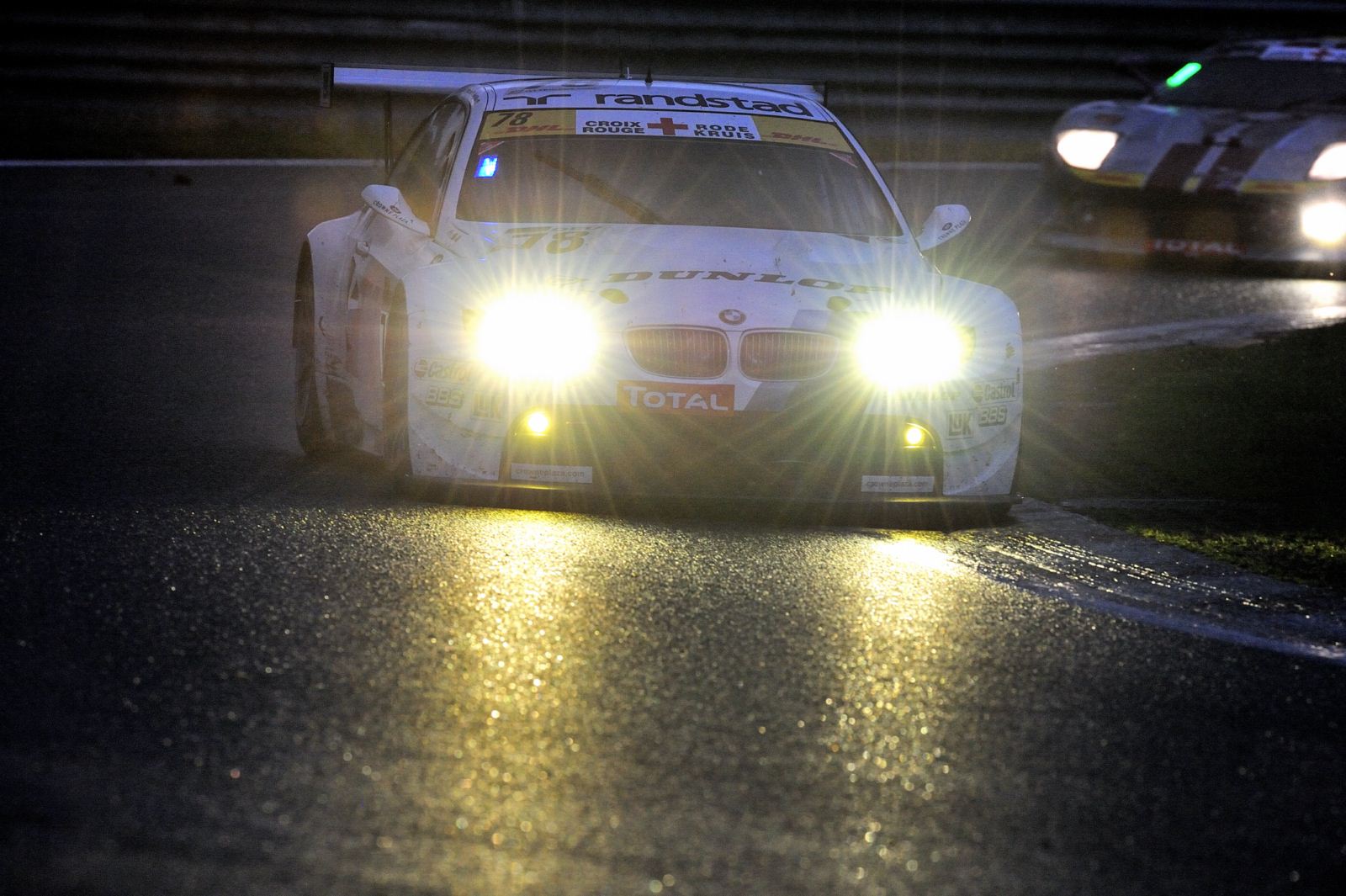 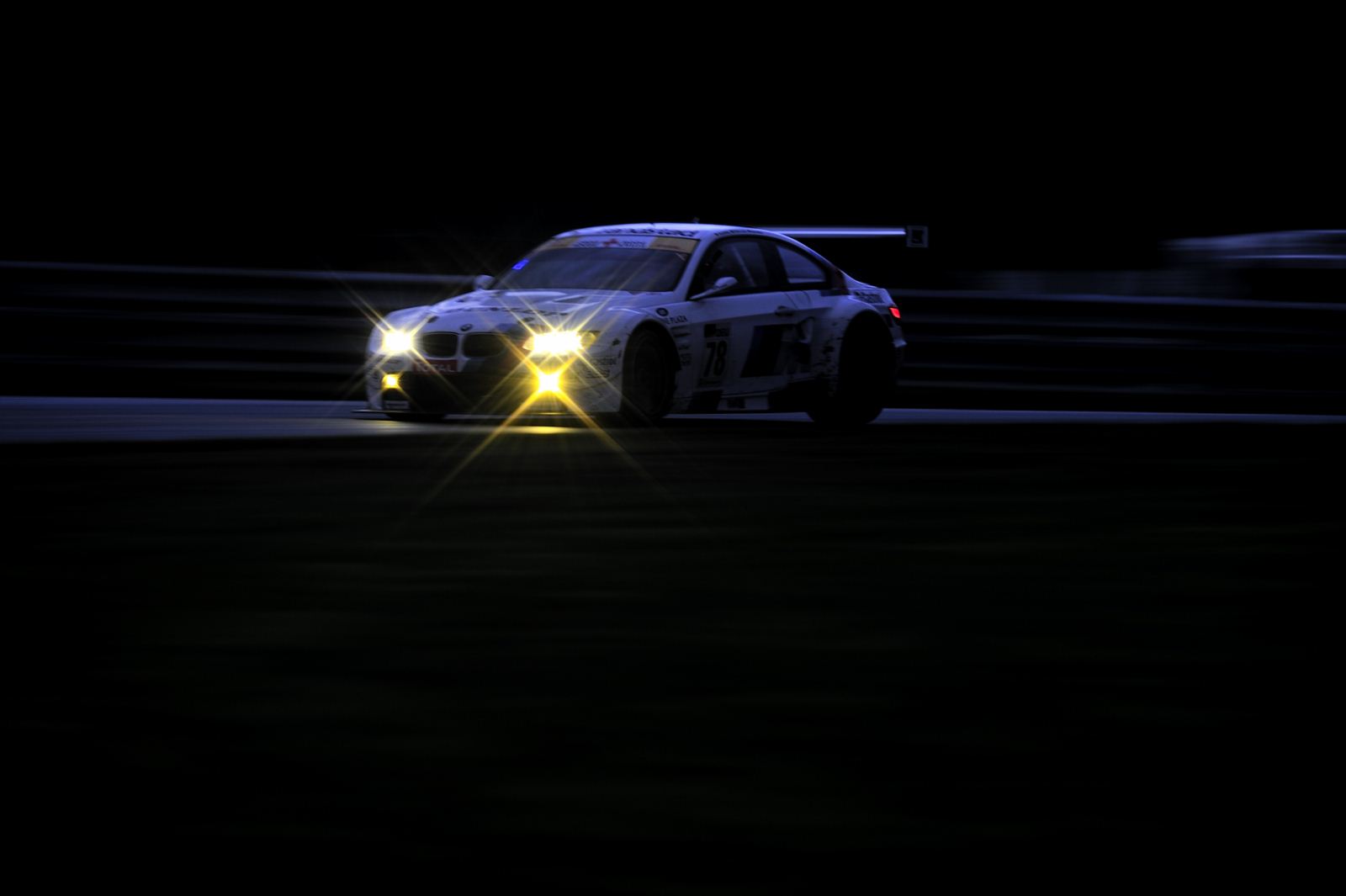 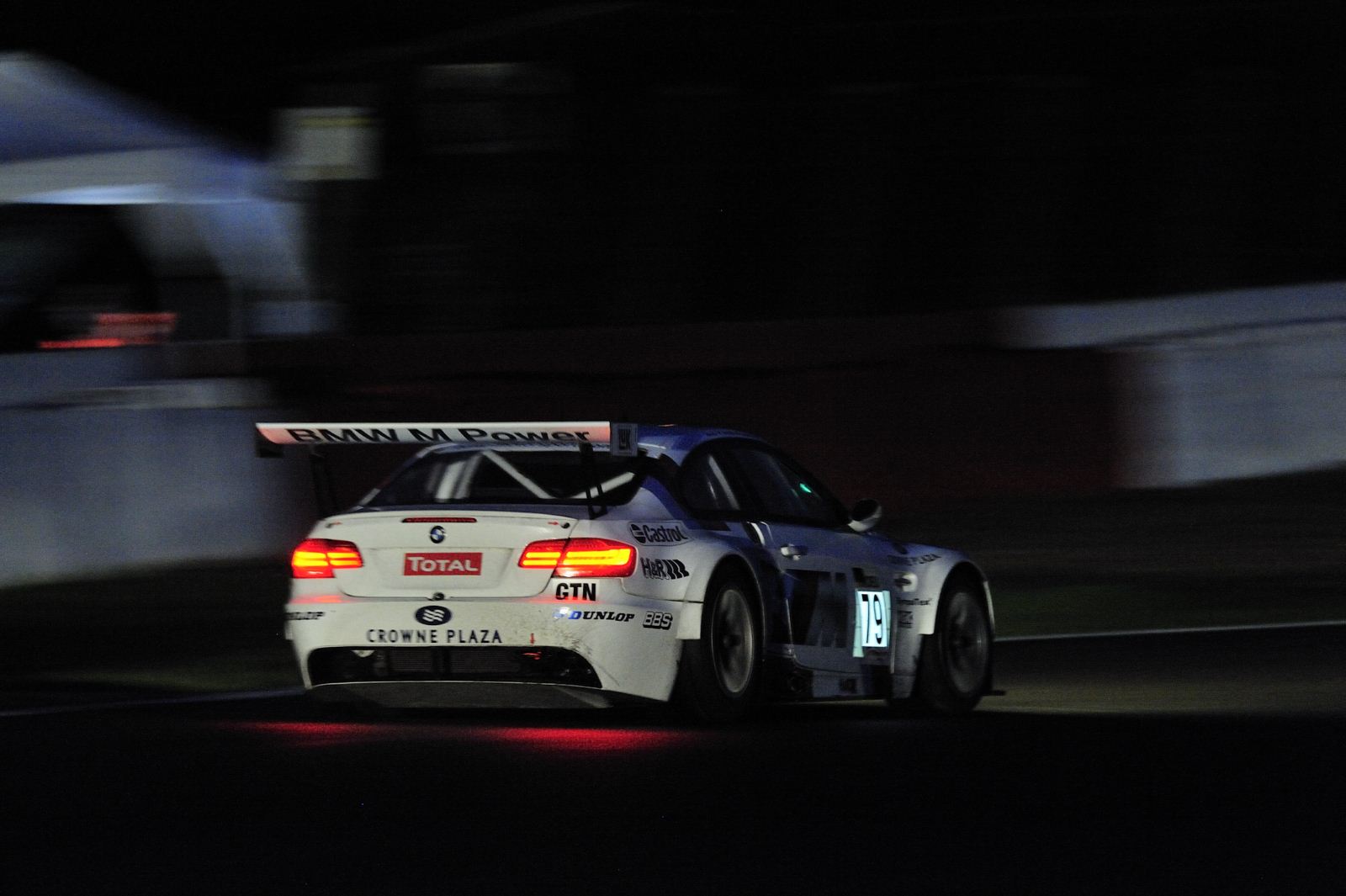