During our recent Munich trip, we had a chance to spend an evening at the BMW Museum, adjacent to the headquarters. Among the legendary and unseen BMW M8, we had the opportunity to see another unique BMW vehicle: Bertone BMW 2800 Spicup. The vehicle was designed by Nuccio Bertone, Automotive Hall of Fame designer and constructor, who designed cars for Alfa Romeo, Fiat, Ferrari, Lamborghini and Ford, among many others. The Spicup is based on the BMW 2800 and was first exhibited as a show car at the Geneva Motor Show in 1969.

The name Spicup is a combination of the terms “Spider” and “Coupe”. According to BMW, for decades, this one-of-a kind vehicle was believed to be lost, until it was discovered in a barn in 2008 and then restored. 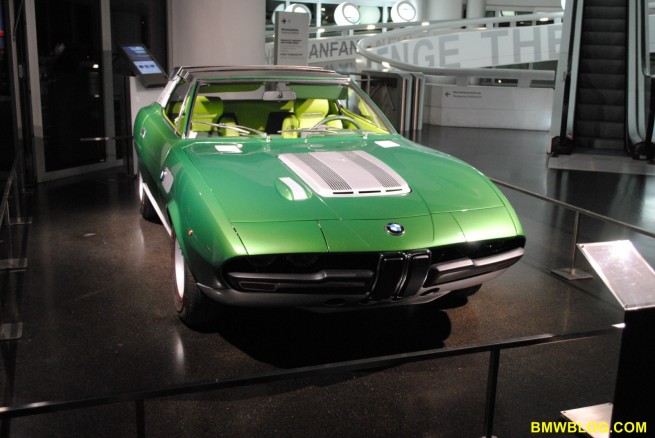 The Spicup term also referred to the roof consisting of two panels, that could slide into a large size T-bar. The interior was fitted with a cacophony of green, yellow and silver skai upholstery. The front part of the bore a resemblance to the Alfa Romeo Montreal, shown a year earlier.

According to UltimateCarPage, the car 1969 Bertone BMW 2800 Spicup was not very well received at its 1969 Geneva Motor show launch and with no further use for it, BMW decided to sell it. The new owner drove the car for over 100,000 km and at one point, he even decided to change the exterior paint to orange with a black interior. 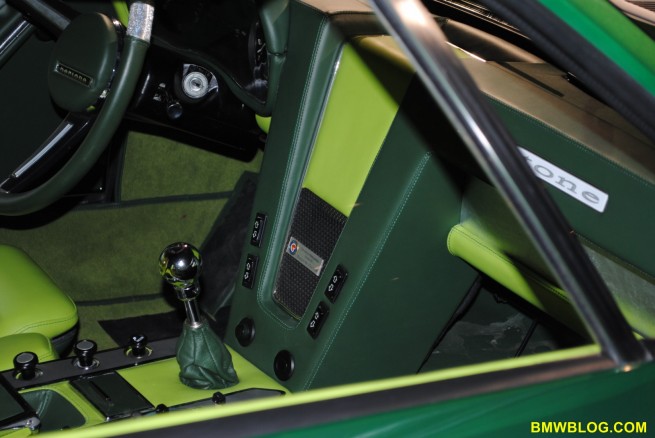 At one point, the Spicup fell off the radar, but it later reappeared in the garage of a Netherlands car collector.The car was later sold to a Belgian enthusiast, who has brought it back to its original configuration, or at least close to it. It required a full re-spray but the interior formed the biggest challenge as matching colors of the original material used were not available anywhere. It was therefore decided to go for all leather trim, whereby the silver parts of the seats were actually hand painted.

The car was shown the last time at the 2009 Villa d’Este Concours until it appeared now in the BMW Museum in Munich.