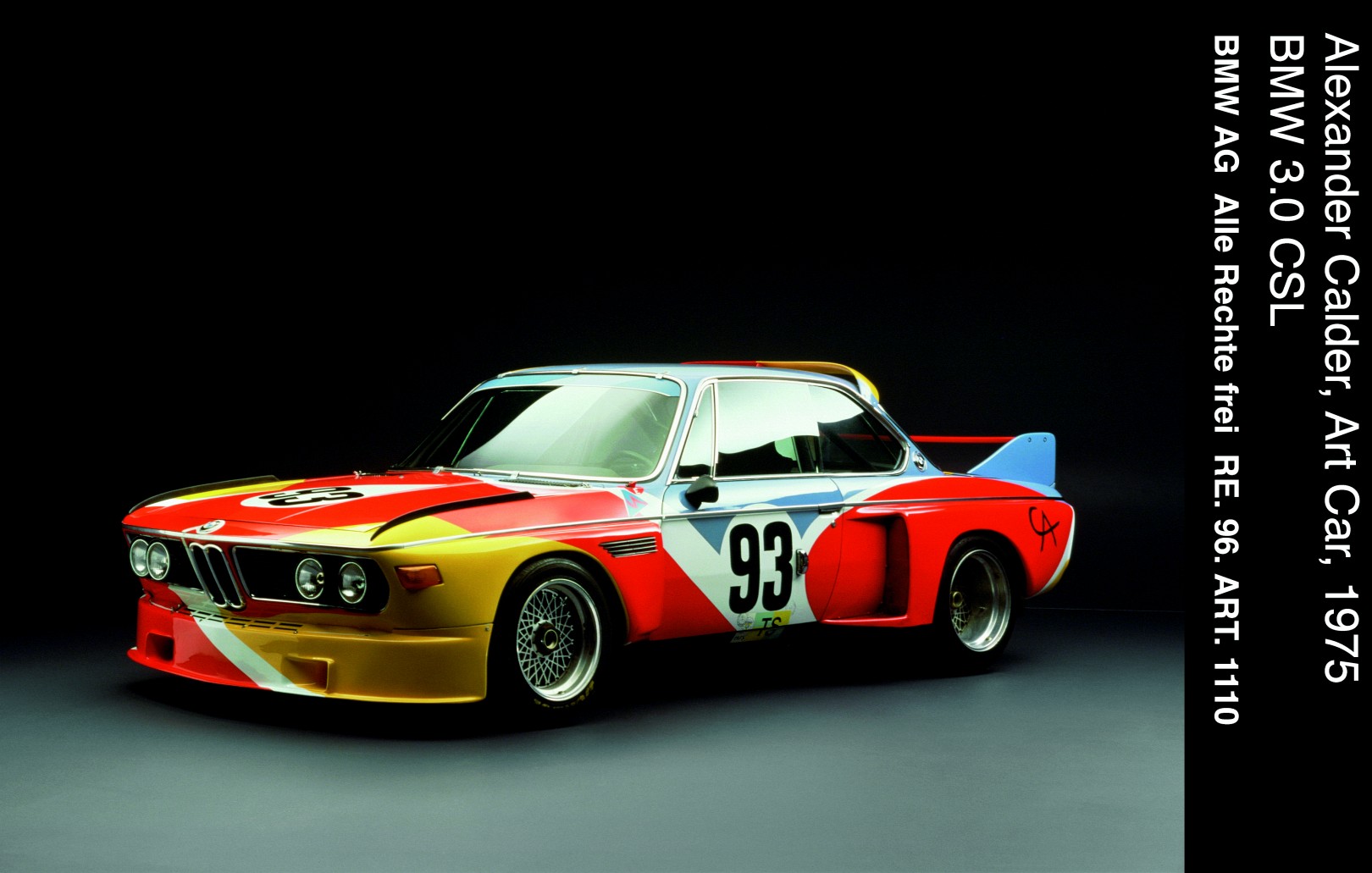 In the spirit of Calder, Stella, Lichtenstein, Warhol, and Holzer, BMW announced today that the 17th Art Car created by Jeff Koons will race where the first rolling pieces of art by legendary artists raced – at the 24 Hours of Le Mans in France, June 12-13, 2010. Koons’ canvas is a BMW M3 GT2, which was homologated to compete at this year’s running of the world’s most famous endurance race.

In another nod to tradition, Koons will present the world premiere and sign his car at Paris’ Centre Pompidou on June 1, 2010, just as Roy Lichtenstein did in 1977.

Adding to the occasion, Koons released for the first time his preliminary design concept for the car today at a press conference in New York City. As part of his creative process, the artist collected images of race cars and graphics, vibrant colors and speed. He layered them into a digital collage depicting his sources of inspiration. The resulting graphic conceived by Koons – evocative of power, motion and light and rendered in the artist’s signature saturated hues on a black ground set against the car’s silver interior – will impart a dynamic appearance to the race car even when it’s standing still.

“These race cars are like life, they are powerful and there is a lot of energy,” said Koons. “You can participate with it, add to it and let yourself transcend with its energy. There is a lot of power under that hood and I want to let my ideas transcend with the car – it’s really to connect with that power.”

“This is a momentum building year for us that speaks to the essence of the brand and the latest chapter of the BMW Art Car program is certainly part of this,” said O’Donnell. “It’s an absolute delight for all of us to be working with Jeff on this program that is part of the fabric of BMW.”

Paris’ Centre Pompidou is one of the world’s most prestigious cultural institutions for modern and contemporary art and is where Roy Lichtenstein first unveiled and signed his car in 1977 as Jeff Koons will on June 1. Also, the Koons car number, “79,” pays tribute to the 1979 Andy Warhol car. The Warhol car was assigned the number “76,” an homage to the 1976 Frank Stella car, both of which raced at Le Mans.

“Ever since it was created back in 1977, the Centre Pompidou has acted as an interface, a platform of exchange between creative art and society, striving to expose the larger public to the art of our time in the firm belief that art can foster a more innovative and flexible society,” said Alain Seban, President of the Centre Pompidou. “For this reason the Centre Pompidou is glad to join BMW’s project which, I trust, can go a long way in bringing together creation and society by inviting the great artists of our time – from Roy Lichtenstein in 1977 to Jeff Koons today – to challenge the most mythical object of our era, the car, through a unique creation.”

“It is a fascinating and inspiring exercise to witness an artist present his or her point of view through one of our cars. To see Jeff Koons take his unique sensibility and bring it to a BMW race car as he works with our team to translate his vision into a race-ready car is to truly watch the connection be made between technical and artistic intelligence,” said Frank-Peter Arndt, member of the Board of Management for the BMW AG with responsibility for BMW Group’s international cultural formats.

Koons has been in an intense collaboration with BMW’s team in Munich for months – melding his skill with sophisticated BMW engineering – to ensure that the 17th BMW Art Car will be race-ready for the 24 Hours of Le Mans.

Traveling back and forth to Germany several times since the February 2 announcement that Koons would create the 17th BMW Art Car, the artist has worked with the BMW engineering and design teams to conduct in-depth explorations of materials and application options that will prove crucial to optimizing both the aesthetic and aerodynamic attributes of the race car. Working with actual 3-D computer-aided design (CAD) models of the BMW M3 GT2, Koons can simulate the application of the graphic to the car’s surfaces and evaluate it from all angles.

Koons even donned a helmet and joined BMW’s American Le Mans Series race team for testing in Sebring, Florida, on February 23. Koons was able to experience the M3 GT2 at race speed to further inspire his design. As Koons describes it, he witnessed “the raw unfiltered performance” of the M3 GT2 from the seat of a historic BMW M1 race car. Koons also drove a BMW M3 Coupe on the circuit to further the dynamic exercise.

The 24 Hours of Le Mans race

The 24 Hours of Le Mans is the world’s oldest endurance race in all of sports car racing, held annually since 1923 near the town of Le Mans, Sarthe, France. Commonly known as the Grand Prix of Endurance, it is organized by the Automobile Club de l’Ouest (ACO) and runs on a circuit containing closed public roads. The race is designed not only to test a car and driver’s ability to be quick, but also to last over a 24-hour period.

French auctioneer and racing driver Hervé Poulain first had the idea of asking an artist to paint the car he himself would compete with. Taking up this initiative in 1975, American artist Alexander Calder painted a BMW racing car, thus laying the foundation. The Art Car experiment was soon continued: a year later, Calder Art Car co-driver Sam Posey introduced Frank Stella to the idea of BMW Art Cars when the New York-based artist covered a BMW with his typical grid-like pattern. Stella’s work was followed by a series of celebrated pop artists: Roy Lichtenstein, Andy Warhol and Robert Rauschenberg. Apart from Rauschenberg’s Art Car, all these took part in the Le Mans 24-hour race, some of them enjoying remarkable success.

After taking a break in the 1980’s, the Art Car returned to its origins at Le Mans in 1999, when American concept artist Jenny Holzer “wrote” her truisms on a BMW V12 Le Mans race car.

The germination of Koons’ collaboration with BMW began in 2003, when he expressed his desire to create a BMW Art Car. His relationship with BMW started more than two decades ago when he drove a BMW while residing in Munich, home to the BMW Group headquarters. Koons is known for his heartfelt appreciation of cars. Earlier this year he was even recognized by music icon Bono of U2 as one of the ideal artists to design a car that would make the world fall in love with automobiles again.

Koons’ creative process for the BMW Art Car mirrors techniques, some borrowed from transportation design and development, which he regularly employs for his artistic production. For example, in the creation of Koons’ monumental sculptures, his studio uses 3-D CAD models to evaluate the surfaces, assembles them via methods found in bike chop shops, and paints them in a manner based on sophisticated automotive painting techniques.

“It is fitting that Jeff Koons’ car will follow in the storied tradition of the renowned artists who created the early race-inspired BMW Art Cars,” said O’Donnell. “We look forward to BMW’s return to Le Mans – and perhaps even sharing a toast with Jeff at the finish line.”

Derived from the BMW M3 high-performance sports car, the BMW M3 GT2 boasts a 4.0-liter V8 engine with a maximum output of 500 bhp, an upgraded chassis, racing-caliber brakes, and extensive use of lightweight materials. Able to reach 100 mph in 3.4 seconds, the BMW M3 GT2 is rapidly emerging as a real first year contender at this year’s event.

BMW Motorsport Director Mario Theissen said, “The race in Le Mans is one of the most important events in international motorsport. This makes it the perfect stage to revive the tradition of the BMW Art Car. Jeff Koons’ work of art will leave a lasting impression with all those who see it, even after the BMW M3 GT2 has crossed the finish line. BMW Art Cars have often also been able to impress with their sporting achievements. I am optimistic that this will be the case again this year.”

Beginning in September, the Koons Art Car will be on view at the BMW Museum in Munich, as part of a special exhibition commemorating the program’s 35th anniversary.

Since 1975, artists from throughout the world have turned BMW automobiles into art signifying a particular period through the Art Car program. In 2007, the latest installment was revealed with Olafur Eliasson’s “Your Mobile Expectations: BMW HR2R project.” Many of these have been exhibited in renowned museums throughout the world including the Louvre, the Guggenheim Museums, and the Shanghai Art Museum. They have been displayed at the BMW Museum in Munich, between 2006 and 2010 and many went on a world tour throughout Asia, Russia, Africa, India, the United States and Mexico.

The home of all BMW Art Cars is the BMW Museum in Munich. Starting in September, Koons’ 17th BMW Art Car will be presented there together with some of its predecessors.

With over 100 major projects worldwide, BMW Group cultural programs have been an integral part of the company’s contributions to society for almost 40 years. Besides contemporary art, architecture and design, classical music and jazz are key components of this engagement. 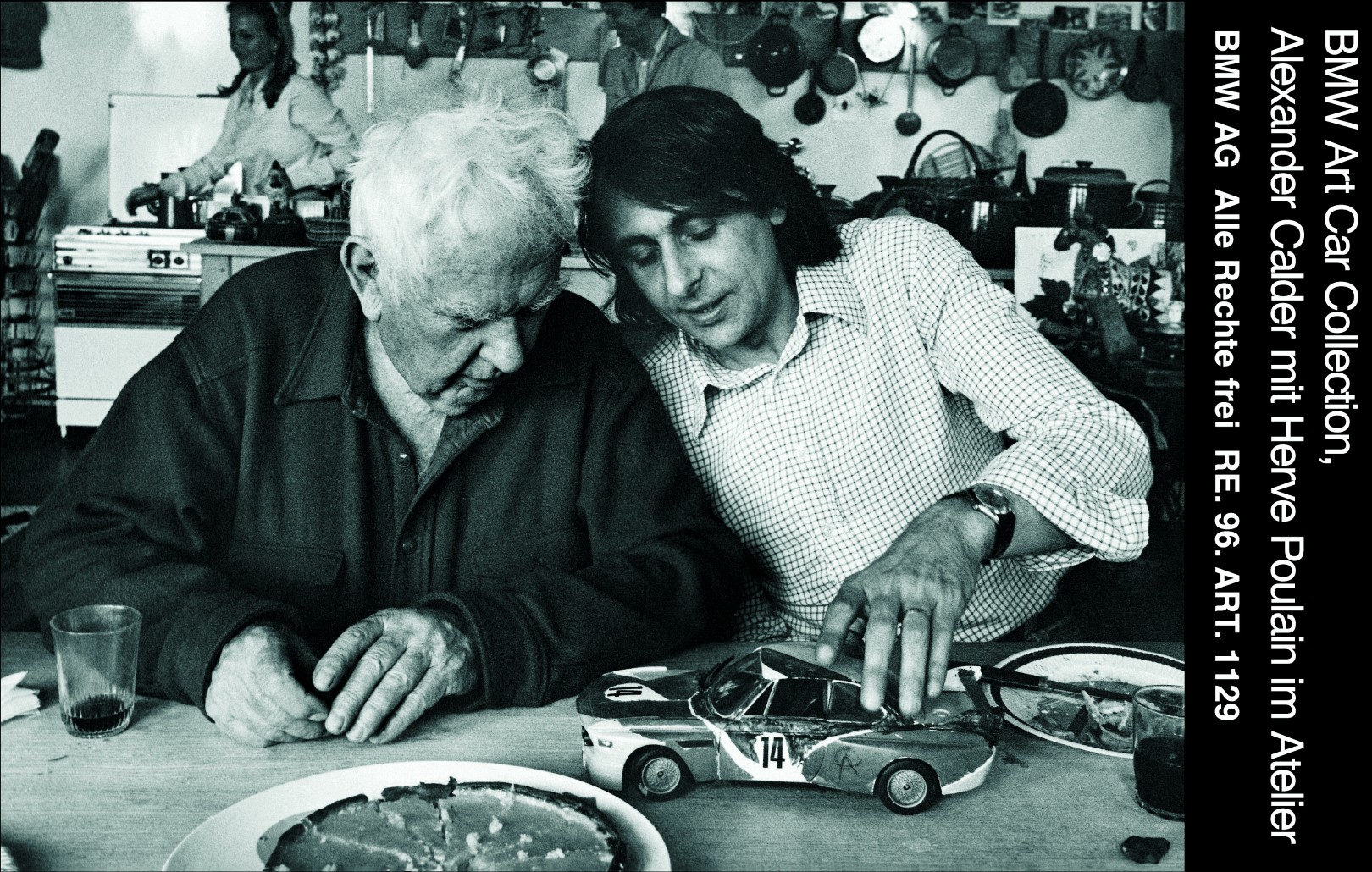 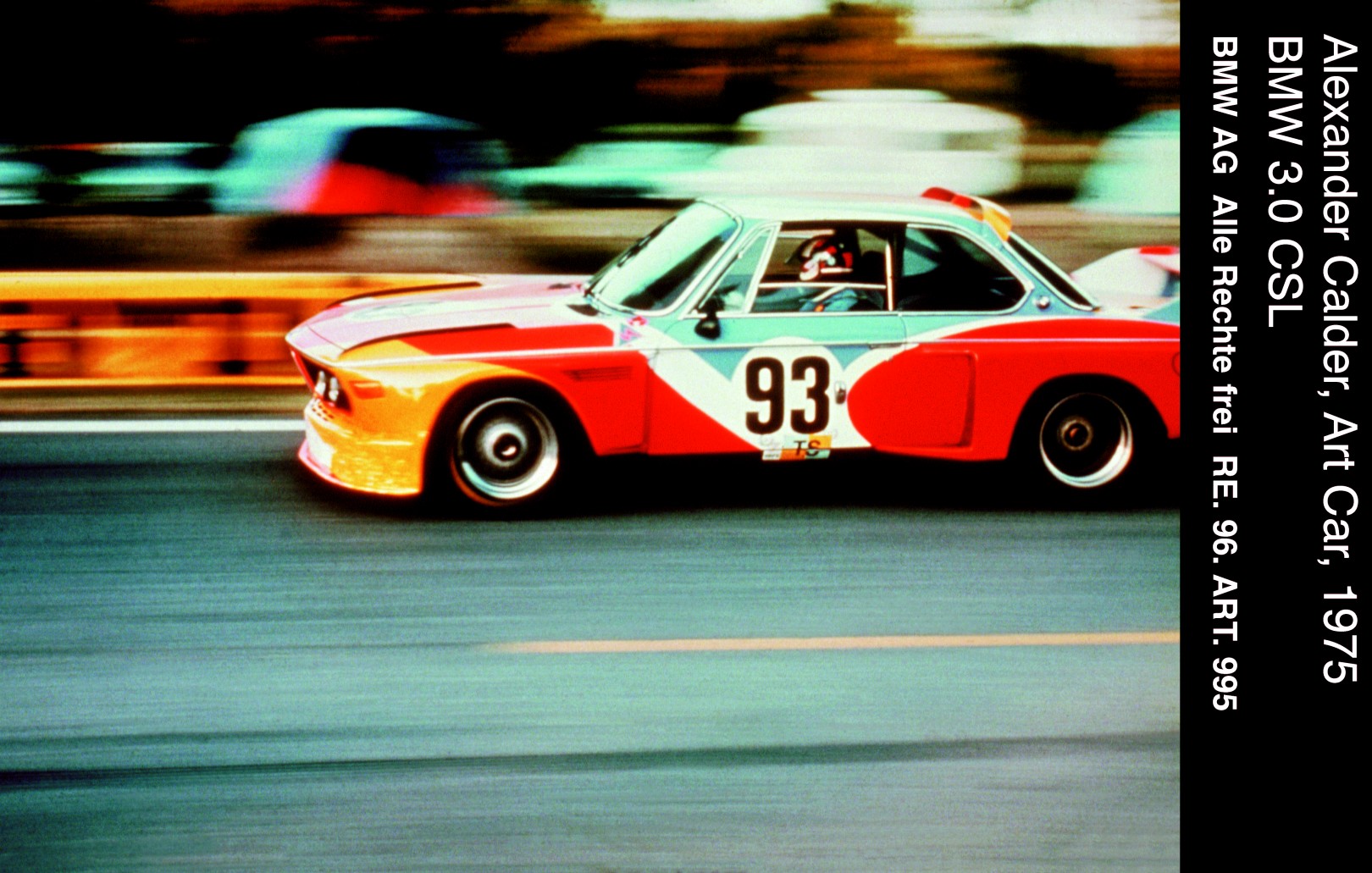 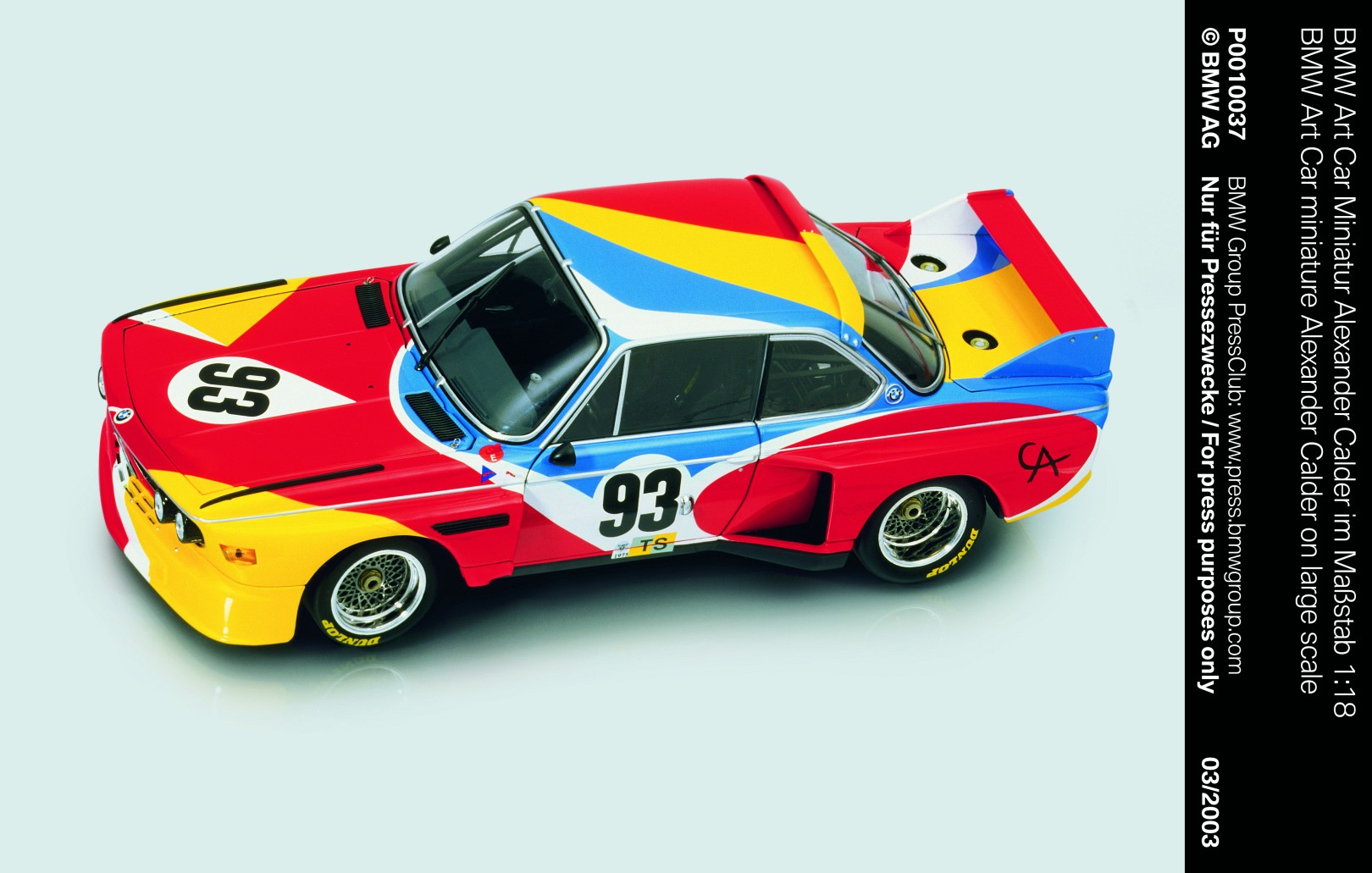 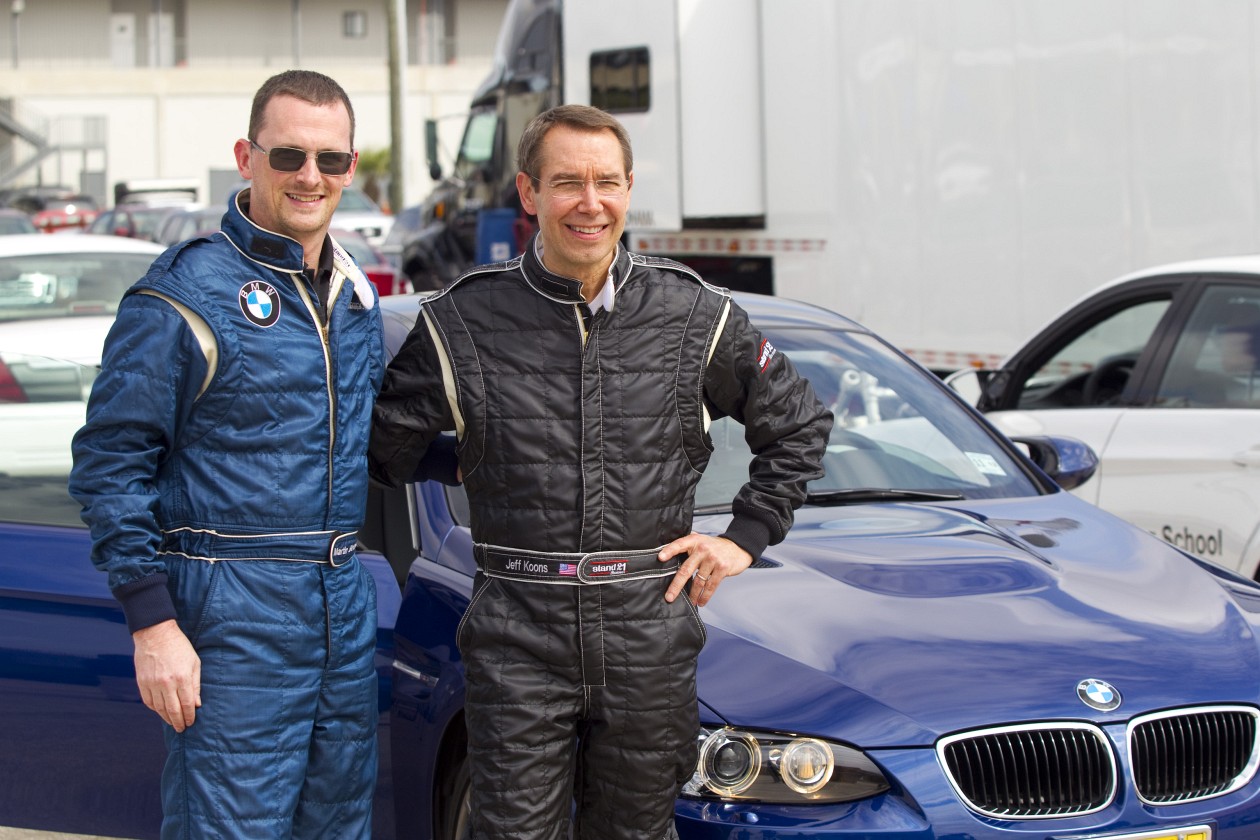