Confirming what may have been this year’s worst-kept auto industry secret, BMW announces the introduction of the BMW 335is Coupe and Convertible, each destined to take a place in history among the line of desirable, often collectible, BMW “s” models.

Based on the newly-enhanced BMW 3 Series Coupe and Convertible, the new BMW 335is features the award-winning, twin-turbocharged BMW inline-6 engine, specially tuned and equipped to produce 320 horsepower and 332 lb-ft of torque from its 3.0-liters.

For the first time on a BMW 3 Series in the US, the 7-speed Double Clutch Transmission (DCT) with Launch Control will be available as an option, in place of the standard 6-speed manual transmission. Equipped with the DCT, the 335is Coupe is capable of 0-60mph acceleration in 5 seconds flat. The BMW 335is will debut at the New York International Auto Show and arrive at BMW Centers later in the spring. Pricing will begin at $50,525 including Destination for the 335is Coupe, and $59,075 including Destination for the Convertible. 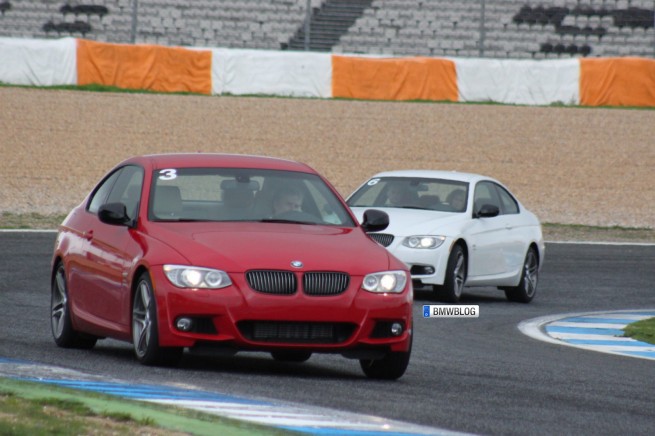 The “s” was first seen by North Americans on the original BMW 3 Series, which was imported from 1977-1983. The 1980 BMW 320is included the most desirable 3 Series equipment, including Recaro sport seats, sport steering wheel, halogen high-beams, sunroof, dual color-keyed wing mirrors, anti-sway bars, exterior aerodynamic enhancements, and cross-spoke light-alloy wheels. Later in the1980s, the BMW 3 Series and 5 Series were each available as “s” models, including the BMW 325es, 325is, and 535is. Again, sticking with a proven formula, BMW gave the “s” models enhanced aerodynamics, sport suspension, on-board computer (OBC) and Check Control, sport leather seats, and other features. Early last decade, the original BMW X5 Sports Activity Vehicle (SAV) was available twice as an “s” model, first as the BMW X5 4.6is and then as the BMW X5 4.8is. The “s” model SAVs brought even further enhancement in the form of increased power from their modified V-8 engines.

As the newest “s” model, therefore, the 2011 BMW 335is follows its lineage by offering stunning looks, more power, and a raft of functional, performance-inspired equipment tailored to suit the enthusiast driver.

More Power.
The BMW 335is is powered by BMW’s widely-acclaimed “N54” twin-turbocharged inline-6, which displaces 3.0-liters and features all-aluminum construction. The engine further benefits from BMW’s High Precision direct fuel injection, Double-VANOS stepless valve timing, and advanced Digital Motor Electronics (DME) engine control system. For the 335is Coupe and Convertible, the engine has a heavy-duty cooling system and has received special software that allows the N54 to sustain a nominal output of 320 horsepower and 332 lb-ft of torque. Through the use of temporary overboost in certain circumstances, the engine will produce up to 370 lb-ft of torque (horsepower remains 320) for even better performance during overtaking and other high-load / high-speed maneuvers. 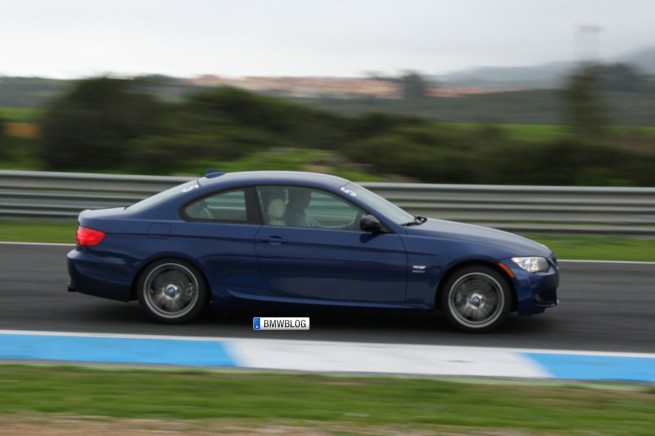 The increased power and torque naturally place higher loads on the engine componentry, so a number of items, including the cooling system of the 335is, have been upgraded accordingly. An additional radiator has been added behind the left-side front air intake, along with a more powerful electric cooling fan. An oil cooler is fitted opposite the second radiator, on the right side. The front fascia of each model has been shaped with large openings to allow improved air flow to the coolers, and special emphasis was placed on the 335is Coupe’s higher probability of being used for spirited driving. As a result, the 335is Coupe has traded the Convertible’s foglights for the largest possible air openings, which help result in a substantial increase in effective cooling capacity over the original BMW 335i Coupe. These measures were taken specifically to ensure that the 335is will provide constant, reliable power under even the harshest driving circumstances. Engine mounts have also been replaced with stiffer units to help minimize deflection under very high G-loads.

Performance and Specifications.
Top speed of the BMW 335is will be electronically limited to 150 mph. The 335is Coupe performs 0-60 mph runs in 5.0 seconds with the optional 7-speed DCT and 5.1 seconds with the manual 6-speed. The 335is Convertible, meanwhile, requires only 5.2 seconds for the 0-60 run whether equipped with the 6-speed manual or optional 7-speed DCT. Maximum rated horsepower of 320 is achieved at 5900 rpm, and nominal peak torque output of 332 lb-ft is achieved from 1500 – 5000 rpm. Temporary peak torque of 370 lb-ft is available under special high-load circumstances, such as when overtaking at higher speeds. The drag coefficient (Cd) is 0.30 for the 335is Coupe and 0.31 for the 335is Convertible. EPA fuel efficiency estimates will be available closer to the on-sale date for each model and are expected to closely follow the figures of the standard 335i Coupe and Convertible, respectively. The vented brake rotors are the same sizes as on the standard 335i Coupe and Convertible, measuring 13.7” front and 13.2” rear.

Sensational Sounds.
Appropriately, the BMW 335is Coupe and Convertible have been fitted with a new sport exhaust system to enhance the sound and responsiveness of each model. Without being intrusive, the emotionally-charged character of the free flowing exhaust system has been specially tuned to focus on the low frequency “rumble” sounds that are most enjoyed with the windows (or the Convertible’s retractable hard top) lowered. The system is designed to minimize the restriction of exhaust gas flow, which is always important for a turbocharged powerplant.

Unique Exterior and Interior Design Features.
The new BMW 335is models are based on the latest BMW 3 Series Coupe and Convertible, which have themselves each been enhanced for the 2011 model year. Of those updates, the 335is models retain the new high-depth LED tail lights, new xenon adaptive headlights with LED-lighted corona rings, and the new hood which integrates with a freshened BMW kidney grille. Above and beyond those updates, the 335is will receive new M Sport enhancements which include comprehensive M aerodynamic elements, kidney grille surrounds in high gloss black, Shadowline black window trim, wing mirror caps in high gloss black, and standard 18” light alloy wheels in ferric grey color. 19” light alloy M wheels are optional. Exclusive “335is” badges adorn each front fender and the rear of the trunklid.

The M Sport front and rear fascias and side skirts have been carefully sculpted to provide the best air management benefits along with a healthy dose of style. Starting at the front, the new air dam of the 335is Coupe is equipped with large openings meant to feed as much air as possible to the upgraded cooling system. Horizontal black planes are placed within each opening to properly guide the air into the ducts. On the 335is Convertible, front foglights are retained in place of the black horizontal guide planes. As with any M Sport aerodynamic component, the air dam works to reduce or negate lift at high speeds.

At rear, the form-follows-function design philosophy continues with a new rear diffuser intended to properly manage the high-velocity air flow exiting from underneath the vehicle. As the most aggressive ever fitted to a BMW 3 Series, the body-color rear diffuser features a black inset portion with vertical strakes that help maintain air velocity, reduce pressure, and therefore help prevent “lift” over the rear axle.