The second BMW 5 Series Gran Turismo model for the American market, 535i GT, made its official debut at the 2010 North American International Auto Show. The 535i GT comes to complete the Gran Turismo family offered to the U.S. consumers and also, it introduces into the market the latest BMW engine, dubbed N55. 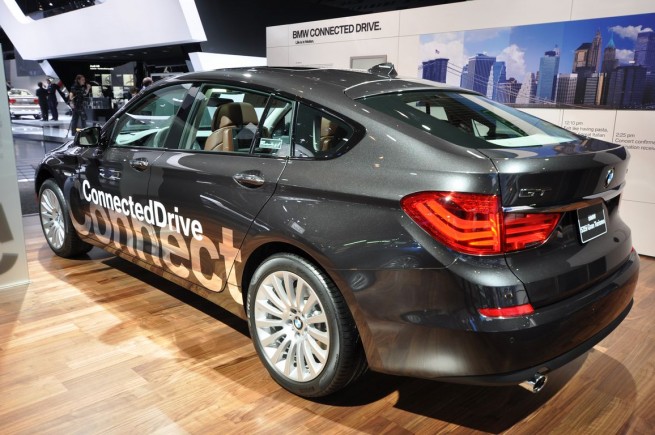 The responsiveness and efficiency of the 535i Gran Turismo will be further improved with the addition of BMW’s new 8-speed automatic transmission.

Design wise, the 535i GT is based on the platform of the new BMW 7 Series and the 5 Series GT was built on the same principle that made the original Gran Turismo vehicles so popular: a high-performance luxury automobile designed for long-distance driving. Since it was built on the 7 Series long wheelbase platform, BMW designers had plenty of “room” to play with the exterior design of the car. Therefore, a coupe-like roofline was expected to be seen in the GT model without sacrificing any headroom space for its rear-sitting passengers. The now classic and historical Hoffmeister Kink is still there, even though slightly different from the previous BMW models. BMW 525i GT differentiates itself very little from the more expensive V8 550i GT, one exterior design element standing out in this comparison are the round exhaust pipes rather than the square look seen on the 550i or the 7 Series. 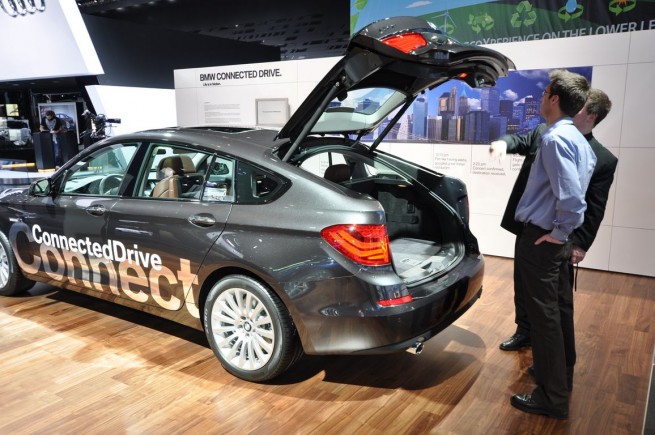 Inside, the driver oriented cockpit is obviously back again in the BMW line-up. Just any model in the Gran Turismo line-up, the 535i GT is all about personal feeling and comfort, so connecting the passengers to the car while maintaining the highest levels of luxury, is something that BMW could have not overlooked. The cockpit provides all the necessary gadgetry and comfort, but it maintains a level of sportiness.

Pricing has yet to be announced by BMW North America, but sales will commence in the Spring.