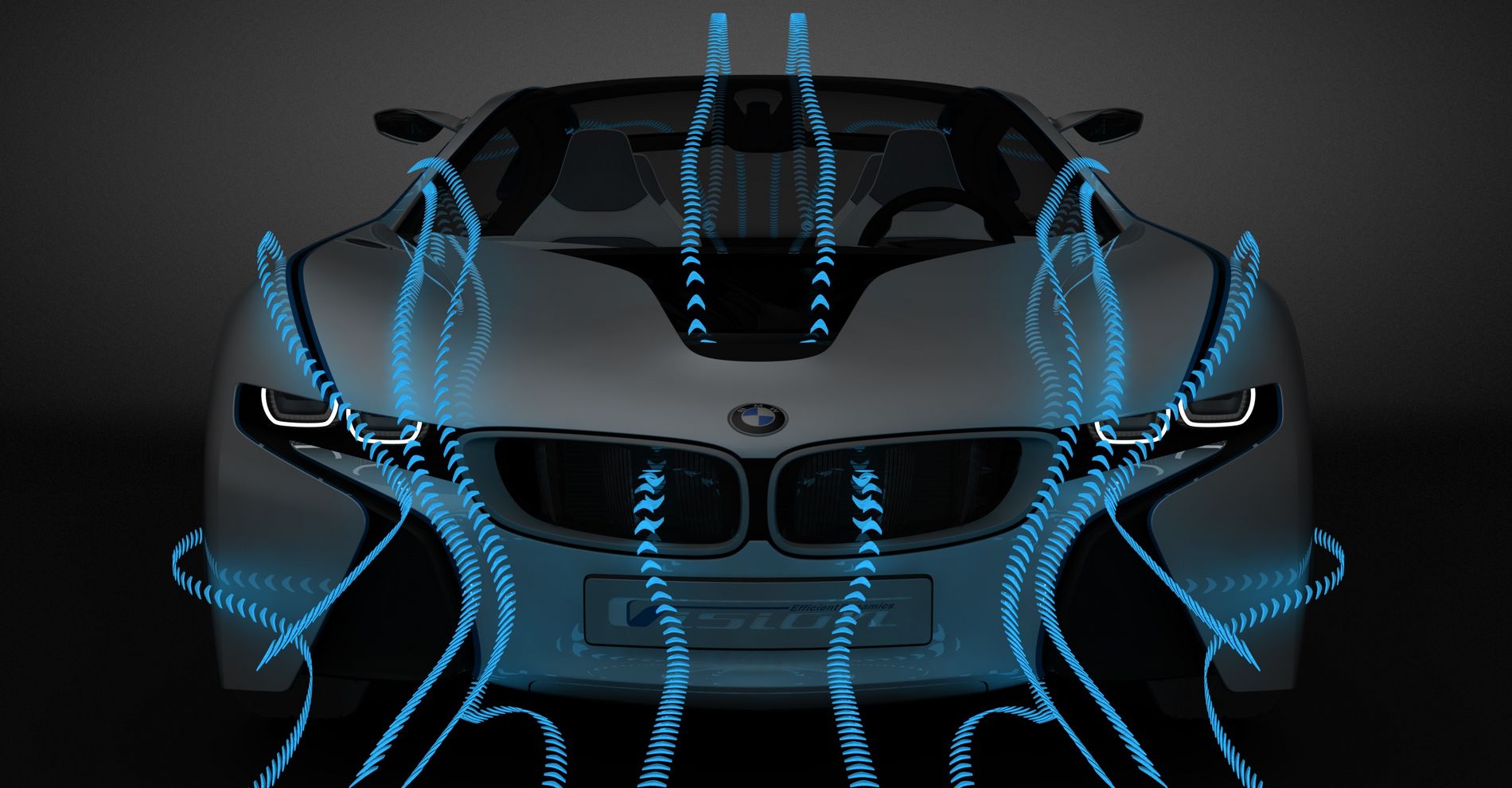 Back in September, at the Frankfurt Auto Show, we had a moment to sit down with the interior and exterior designers of the new, breathtaking concept from BMW: Vision EfficientDynamics.

With its Vision EfficientDynamics concept, BMW projects how its hybrid and fuel efficiency technologies might couple with the company’s Formula One racing tech and futuristic design. The result is a two-door sporty diesel-electric car with a fuel efficiency of 63 mpg while getting from zero to 60 mph in only 4.8 seconds.

The Vision EfficientDynamics also displays a number of innovations such as the layering construction technology, aluminum chassis and suspension, special polycarbonate glasses, lithium-polymer cells and a 3D Head Up Display. 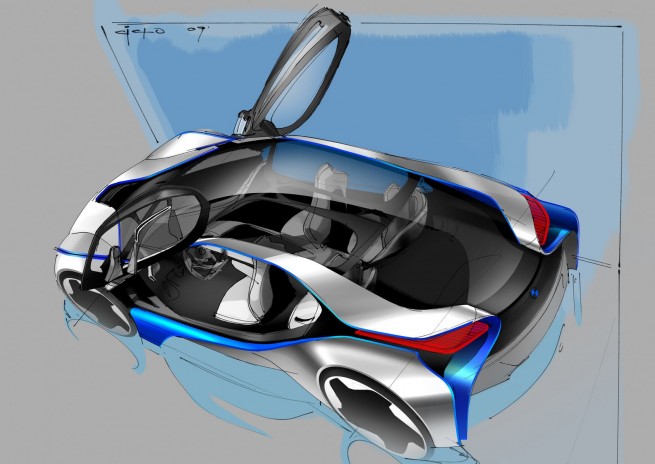 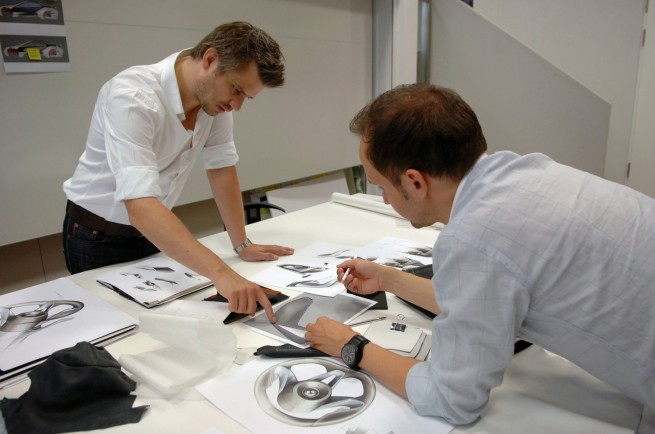 BMWBLOG: Jochen, tell us a little about yourself.
Jochen: I was born in Belgium and lived in South Africa, France, England, Holland and now in Germany. I ended up studying in England, Coventry University, then for 2 years at Royal College of Art which was a very good foundation for myself. I worked for Volkswagen for 5 years, then 3 years ago I moved to BMW.

BMWBLOG: How far back did the Vision Concept project start?
Jochen:The concept has been a very short project, started in January 2009 with the first sketches and quickly developed into a new car. Of course, there have been many themes we’ve been developing for a while.

BMWBLOG: Walk us through the interior design and the philosophy behind it.
Jochen: Layering, as first seen here, is something we have been working on for a while. Another important design detail at BMW, driving orientation. This is obviously something we played with. Our goal was how to emphasize driving orientation. In this concept car, we really pushed it to its extremes.

BMWBLOG: Can the layering design be used in a production car?
Jochen: What’s important about the layering design is that we work on it every day. We’re trying through layering to create a visual lightness, along with physical lightness, in order to get the performance we need and very little fuel consumption. We need to be lighter and this is something we are definitely working on and it has a lot of potential.

Layering is a way of laying things over each other which means in generally that you are able to do things with less parts and do the adjustments more easily. The result? Less time wasted therefore less money spent. 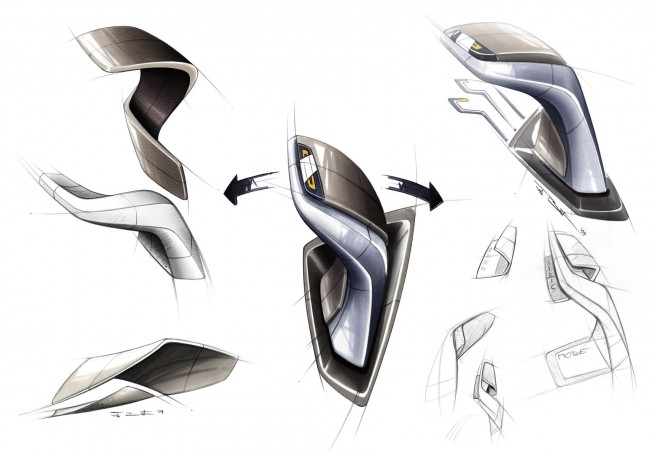 BMWBLOG: Were the any special materials used in the VED interior design?
Jochen: It was important for us to have a visual light (as in weight light) feeling, so we chose light colors. The fabric that we used has not been impregnated, it is natural leather and for us it is important that we don’t use chemicals that are not environmentally friendly. 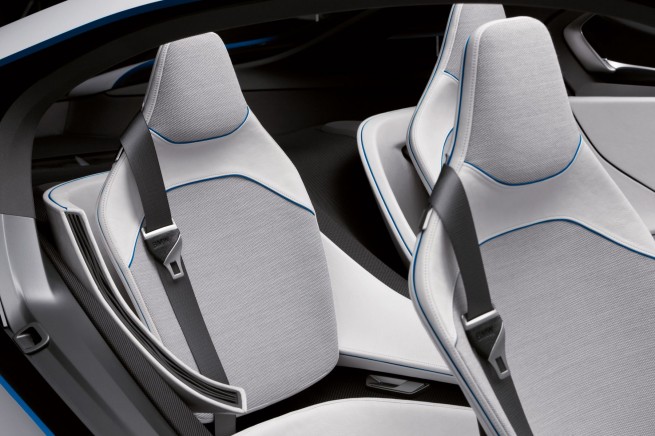 BMWBLOG: Is the interior design based on something you worked on in the past?
Jochen: We were given a lot of freedom in this project and two things were important for me: driver orientation and visual lightness through layering. Because the interior and exterior have so much glass and since we have a very similar philosophy with the layering, it was a very nice challenge combining the exterior layering to the interior, to get that to flow, combining the layer, lightness with the drive orientation. 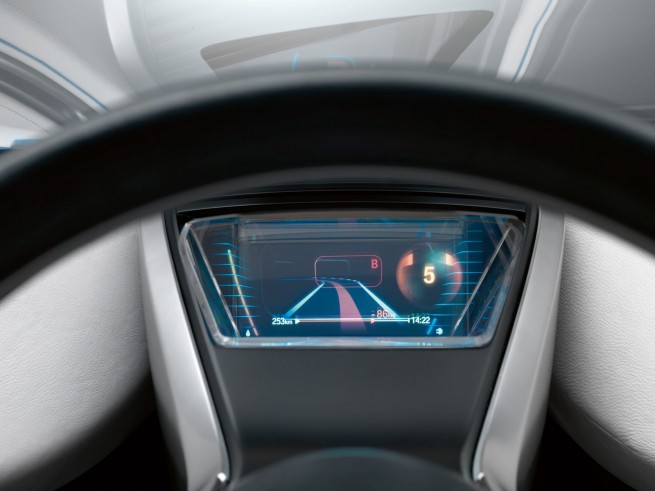 What’s interesting was how we started. The central point is in front of the driver, this where all the information is displayed and where we have the screen that displays information in 3D. From that area, from that flow of information, we move to the driver orientation and continue with this whole flow through the entire interior design.

BMWBLOG: Thank you and we look forward to learning more about VED in the near future. 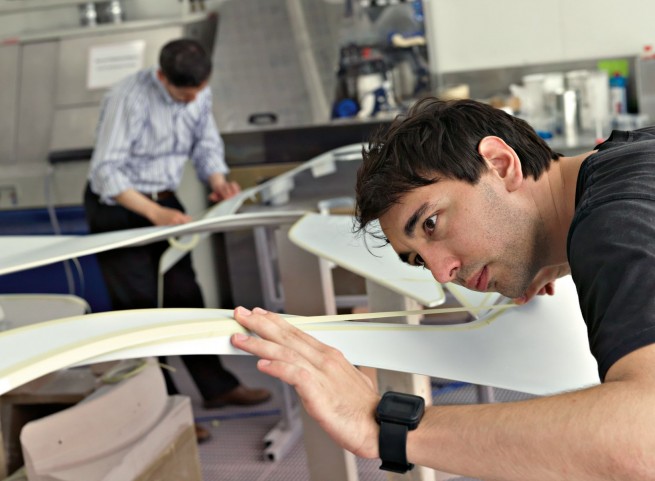 BMWBLOG: Let’s start with your background.
Mario: I was born in Croatia, but studied in Germany. I worked for two years at Volkswagen before coming to BMW.

BMWBLOG: How did you start with the exterior design? Did you have a lot of freedom?
Mario: We wanted to actually visualize this Efficient Dynamics we’ve been talking about for years. We have always communicated the EfficientDynamics strategy, but mostly through stickers. We wanted to create a visual image of this, how it looks like.

So, this is the answer.

The important thing was to create a light car, clean, desirable and premium. 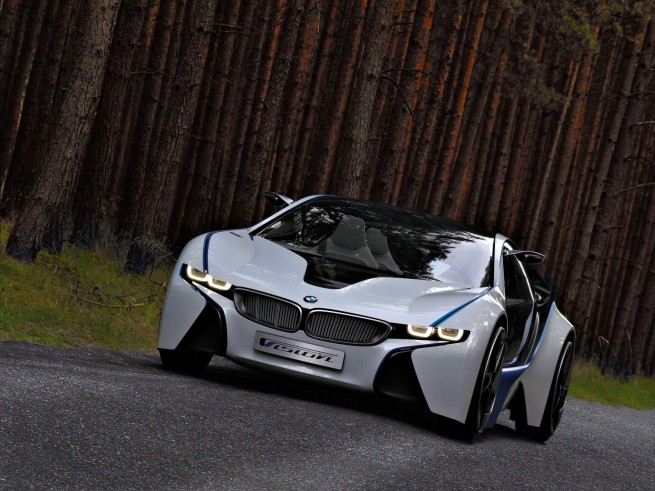 The design scheme is layering, for the first time seeing in the exterior. We have the cocoon and the shell outside. In between, we have a little bit of air, so it looks like the parts are floating. This is how we create this lightness. The side parts of the car improve aerodynamics without the need to add extra parts. That’s why it’s optical light, but physical as well.

Also, the air curtain is great for aerodynamics, you can see the air is coming outside through a small slit before the front of the wheel. 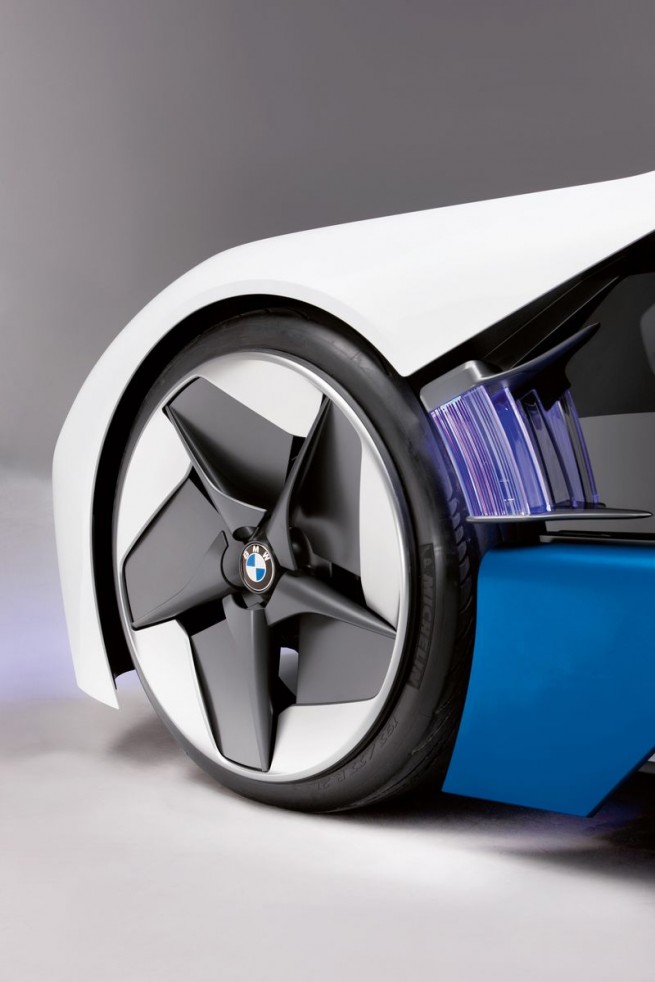 BMWBLOG: So the moving parts in the front grille help with the air flow?
Mario: Yes, when you are driving in the city, the engine gets warmer and the grille opens. On the highway, driving at higher speeds, it closes and the air is flowing in and out. All of these, helps with the cooling. 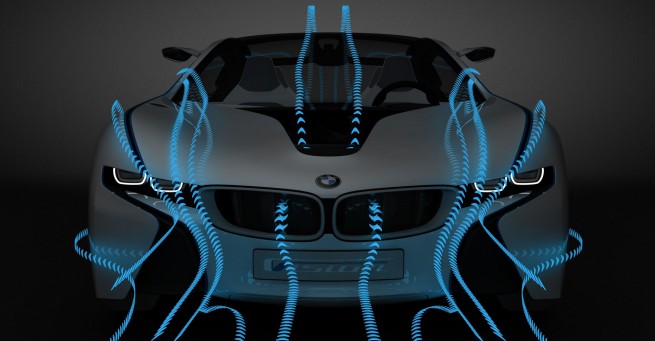 Another thing worth mentioning about the exterior design is that we don’t need all the body parts to run the car, the body parts are just there for aerodynamics.

Wheels have also been designed with aerodynamics in mind.

Our Note: The Vision also employs BMW’s Formula 1 aerodynamics developments, by which engineers achieved a slippery drag coefficient of 0.22 (the Toyota Prius’s is 0.25)

BMWBLOG: Would you say that the headlights have something from the M1 Hommage?
Mario: Definitely, you can see the shape, the double round interpretation.

BMWBLOG: Mario, thank you and we’ll get back to you with more questions.

Next week, BMW will officially introduced the Vision EfficientDynamics Concept in North America and we will be present at the L.A. Auto Show to continue our conversation with the two designers.