What do the MINI and street art have in common? MINI has always been a defining feature of the streetscapes of major cities and itself constitutes a part of urban street culture. Exceptional design has traditionally been an aspiration of the brand – a passion shared by the champions of creative street art.

Last week in Hamburg, the legendary New York street artist Craig “KR” Costello customised a MINI in his own unique style. His trademark is the so-called KRINK dripping ink look, in which paint runs down an object as if it had been too thickly applied. The entire MINI was given the typical KRINK drip treatment by the creative artist from Brooklyn, with silver paint running down the distinctive contours of the black MINI – along its body as well as the side and rear windows. The project was accompanied by the “Erste Liebe Film” and captured by photographer Ali Salehi. 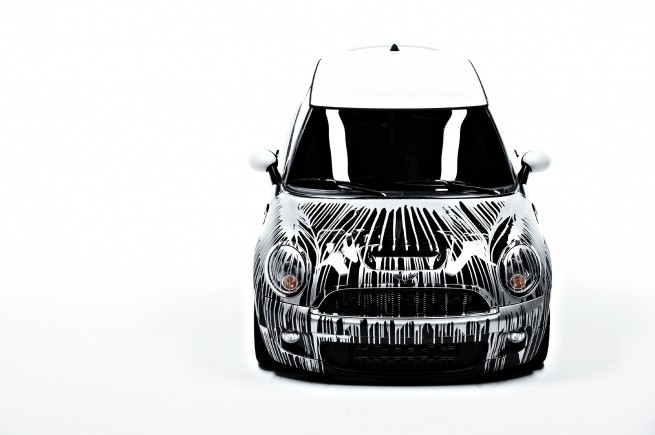 For further information on the project and an interview with the street artist, please go to www.MINIspace.com.

Craig “KR” Costello rose to fame in the 90s art scene with his signature dripping silver paint, which gave rise to the KRINK brand. Today his tags can be found in metropolises around the world – in building entrances, on walls, in underground stations, on street signs etc. As a youngster growing up in New York’s Queens district, KR already began developing graffiti paints. What started out as a personal experimentation with homemade materials swiftly evolved into a product range – initially strictly limited – of special silver paint in bottles, which he handed out to chosen friends. Out of this would grow a flourishing business which, under the name KRINK (from KR-INK), offers a wide range of special markers and inks which are a byword for top quality and enjoy true cult status.