Two weeks ago at the Chicago Auto Show, I had more time to spend with the Mercedes-Benz GLK, a vehicle that is a direct competitor to the BMW X3 Sports Activity Vehicle. Built on the same principle as the X3, the GLK 350 is Mercedes’ attempt to take over the entry premium SUV/SAV segment.

I decided to break down the comparison into multiple sections, I will focus on exterior and interior design, engine, fuel consumption, performance and pricing.

The Mercedes Benz GLK350 is very boxy when compared to the other Mercedes models, with flat sides and distinctive creases. It is clear that MB had no intention of marketing the GLK as a smaller version of the popular ML-Class models. It reminds me mostly of the 90s style, orthogonal body with plenty of creases. But in the same time, Mercedes Benz managed to give the GLK a more aggressive, something that many SUVs are missing.

The P-shaped headlights are not the most appealing design element on the GLK, it somewhat reminds me of  a truck coming out of Detroit’s factories. The front-grille was designed with aggressiveness in mind and with the large three-pointed star logo dominating the front design. The rear-end design is quite simplistic, keeping the same square look with large taillights boxing the rear and side of the car. Oh, let’s not forget the dual exhaust tips.

The BMW X3 is still on the first generation and it received a minor facelift in 2006. The X3 is a well executed sibling to the more popular BMW X5, the older brother that takes the crown among the xDrive line up. Let’s face it though, the X3 isn’t quite the most appealing BMW we have seen, but the facelift version seems to be more along the lines of what we expect from a smaller SAV. The front-end has suffered some minor changes, Angel Eyes headlights and a redesigned front-bumper, add a M Package to it and it becomes more bearable. Openings below the front bumper are now larger, and the fog lights have been moved up into the main bodywork.

The non-boxier, sportier look and with the design lines flowing easier, make the X3 score a few points more than the GLK. The rear-end reflects the first generation X5, with its flat, squarish design.  In the facelifted version, the rear bumper received a very subtle restyle, and the taillight clusters now house LEDs instead of traditional bulbs.

Our score: Even though the X3 looks a bit outdated when compared to the other BMWs (the next generation will change this feeling), I still prefer the more agile, sportier look on the X3.

The interior design of the GLK is a close copy of the one found in the C-Class model, dominated by a tiered dashboard that wraps around into the door panels. It is trimmed with good-looking, high-quality materials, along with decent chosen colors: black matter for the instrument cluster and central display; and the lower section of the dash in black, gray or beige.

Due to the new graphics and revised colors, the instrument cluster is highly readable under any light conditions, including the new COMAND infotainment system.

The Mercedes Benz GLK can fit up to five passengers, but it suffers of the same problem as the X3: poor rear-seat space. The trunk offers 23.3 cubic feet of load space. Premium sound system is included along with all the technology whistles and bells: Bluetooth connection, iPod adapter and power seats adjustable in 8-ways. The panoramic roof completes the image of an X3 competitor.

The X3 has come a long way as far as interior design, when the first model was launched in 20003, many BMW fans complaint about the low-quality interior design, from the materials used to trim options. But, BMW listened to its peers and in 2006, the interior received a major overhaul and fixed some of the major issues. The center console benefits from improved-quality materials, and a new steering wheel.

Some chrome accents are present in the steering wheel, air vents levers or the shift gear knob. Add the navigation system and you will get the simple, but good looking BMW interior design.

Same thing as the GLK, the X3 is a five seater vehicle with limited rear-space and legroom. Trunk space is a bit more  generous, around 30 cu feet, so extra points for the X3 here. The amazing panoramic roof found on the 3.0 liter version is one of those perks that you enjoy having in your car.

Our score: As much as I enjoy luxury in my car, the GLK interior is too blend for me, showing no character and offering an oversized steering wheel. So, I’ll go with the X3 on this one.

The Engine and Performance

The GLK is powered by a 3.5 liter V6 engine, outputting 268 horsepower and 258 lb-ft of torque. The propeller helps the GLK run from 0 to 60 mph in 6.5 seconds and reach a top speed of 143 mph, pretty impressive for a small SUV. The transmission is a seven-speed one which includes a manual mode for a sportier approach with shifting through the Touch-Shift paddles on the the steering wheel.

These days fuel economy can break or make a sale, and the GLK is rated at decent numbers: 16 MPG city, 22 MPG highway

On the other hand, X3 stays true to BMW’s engine type, a 3.0 liter inline-6 engine producing 260 horsepower and 225 lb-ft of torque. BMW X3 uses a manual or Sportmatic automatic six-speed transmission feeding into BMW’s X-Drive full-time all-wheel-drive system. According to BMW’s official numbers, the X3 runs from 0 to 60 mph in 6.9 seconds(manual) and 7.1 seconds (automatic). It tops out at 136 mph.

Our score: Tough choice here, I drove the X3 many times, but haven’t had a chance to try out the new GLK. But by looking at the numbers, the Mercedes slightly takes the win in this category.

Our Score: Obviously the GLK wins here, cheaper is always better, but if you take into consideration BMW’s 4-year maintenance plan, the gap between them becomes smaller.

So, half a point extra for the GLK here.

Without being biased here and by adding up the scores in all the categories, the BMW X3 wins by just .5 points. Of course, this score can go either way, depends on who reviews the car and what their main criteria is. Some people enjoy luxury and gadgets, while others enjoy the car’s handling.

Bottom line is that both cars are a good buy, but with the next improved generation X3 just around the corner, BMW might take over the entire segment. 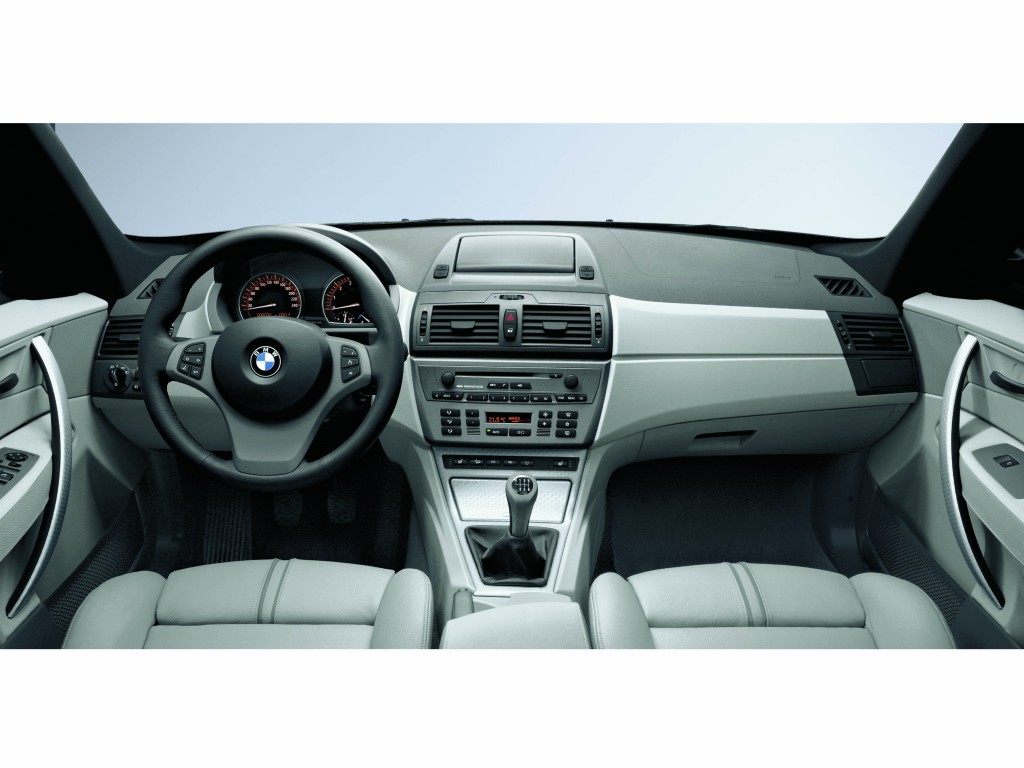