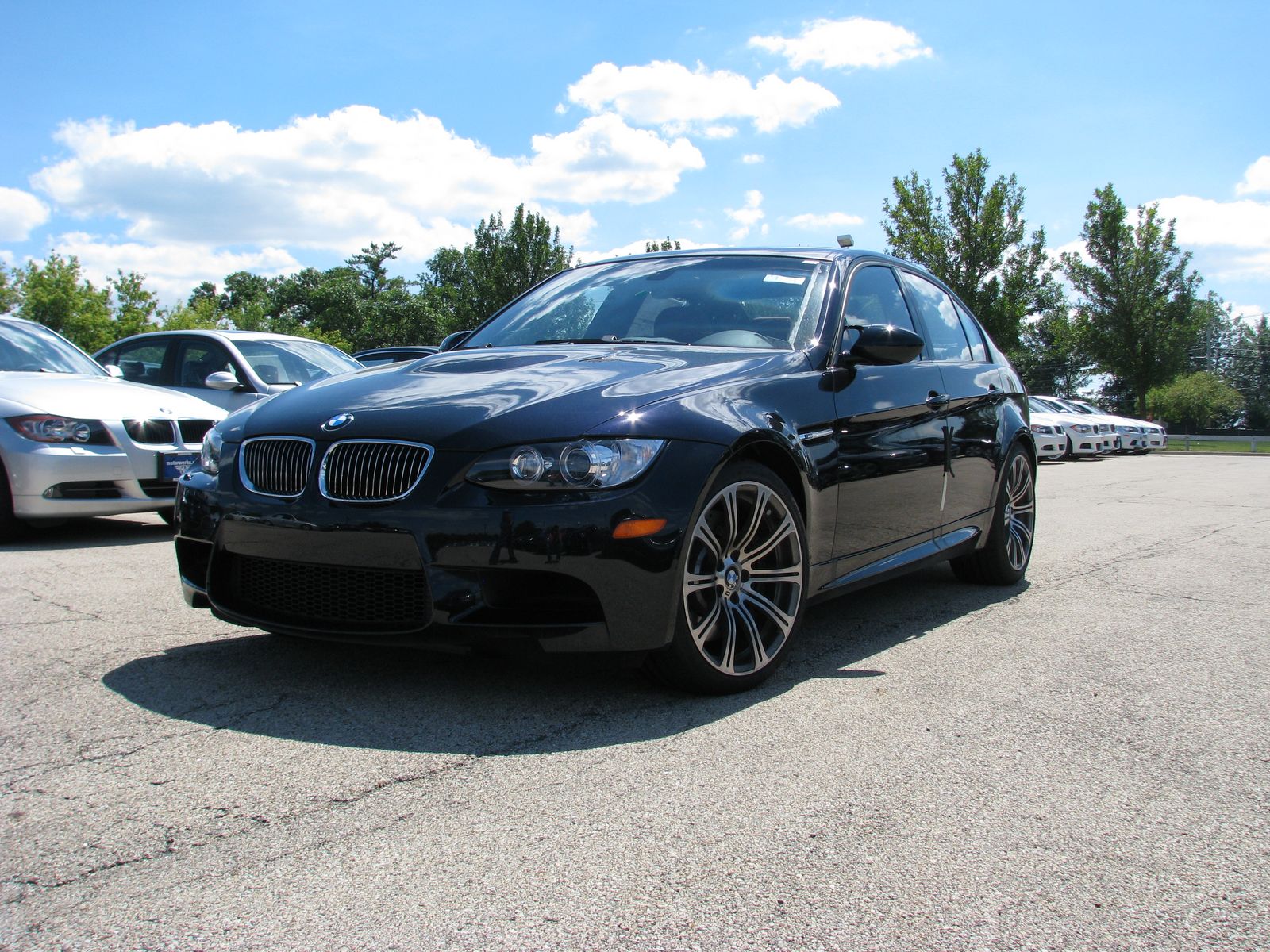 The 2008 BMW M3 sedan has been presented at the Chicago Auto Show. Back in October 2007, the official press photos of the M3 sedan were released along with more technical information.

Displacing 3,999 cubic centimeters (4.0 liters), the new light-alloy engine produces 414 hp at 8,300 rpm and 295 pound-feet of torque at 3,900 rpm with 85 percent of the maximum torque available consistently through 6,500 rpm. This power output represents a 17% increase over the six-cylinder from the last generation M3 yet the new engine weighs 7% less and consumes 8% less fuel than its predecessor.

Power from the BMW M3 Coupe and Sedan’s V8 is transmitted to the rear wheels through a close-ratio six-speed manual gearbox. The performance parameters of the M3 dictated heat management as a key design factor for both the transmission and clutch. The transmission features integrated temperature-dependent oil cooling management, while internal ventilation maximizes heat dissipation for the twin-disc clutch.

The new final drive comes with a Variable M Differential Lock generating up to 100 percent locking action with fully variable action whenever required, ensuring optimum traction on all road surfaces.

We were happy to we get to see the new M3 sedan in display at CAS 2008 and we tried to focus more on the design aspect. We have taken several photos that will show the car from different angles, including the interior.

Our opinion: good looking car, but I would prefer the coupe version.