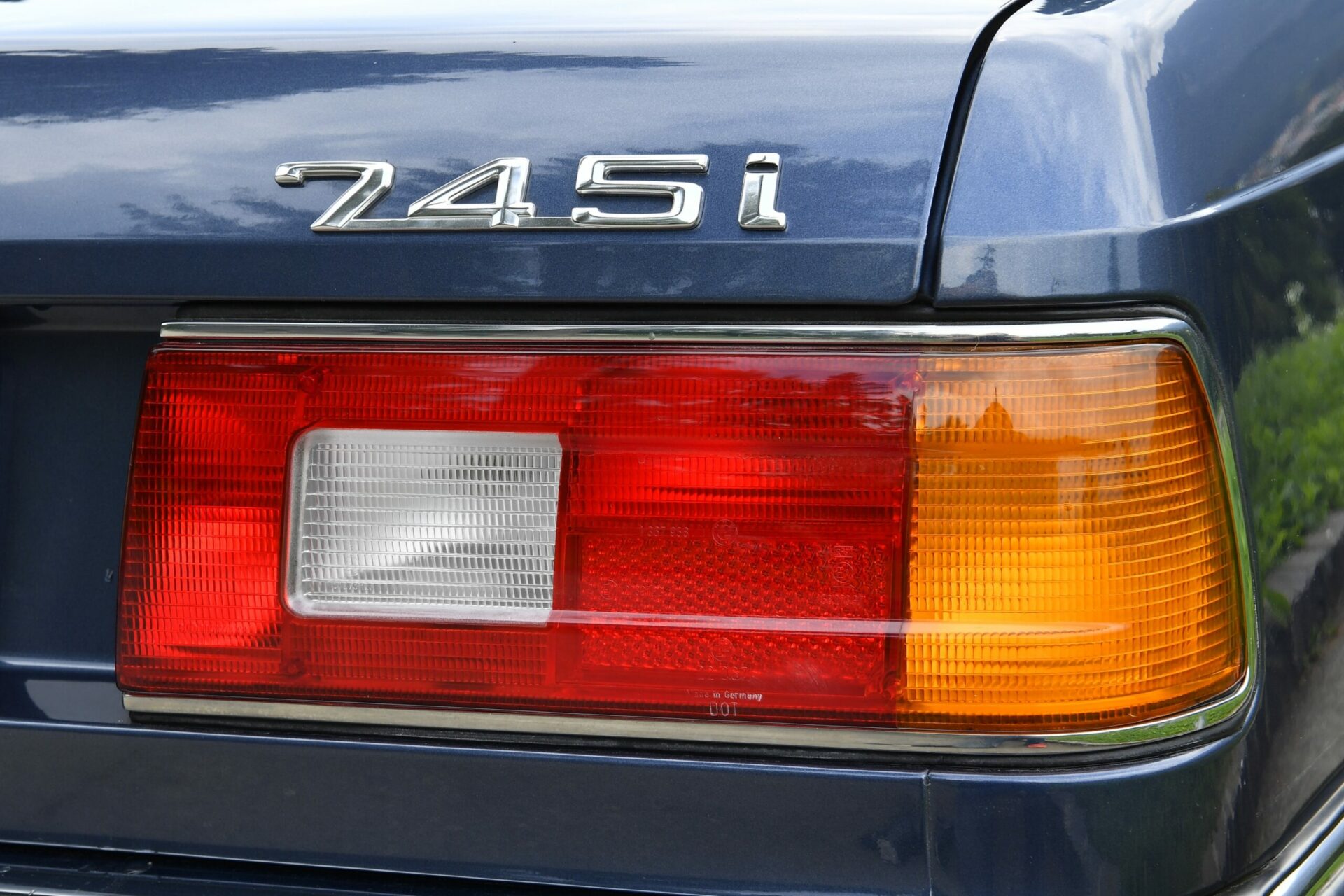 At the beginning of the year, BMW Classic took us on a tour of a pristine 745i from the E23 era. The car in question was built for Europe with a turbocharged engine, but over in South Africa, the namesake fullsize luxury sedan had a different engine that did away with forced induction. In a new post on social media shared by the same BMW Classic, the 745i SA also known as the M745i makes a rare appearance.

Depending on who you ask, only 209 or 249 cars were ever made at the Rosslyn plant, with BMW Classic saying it’s the latter number. This example is exceptionally rare since it’s one of the 14 to be manufactured with a five-speed Getrag manual gearbox as the vast majority had a five-speed automatic. Under the hood lies an M88/3, which traces its roots to the mid-engined M1 supercar launched in the late 1970s. Also used to power the M635 CSi E24 and the M5 E28, the naturally aspirated inline-six with a 3.5-liter displacement produced 282 hp and 251 lb-ft (340 Nm).

That might not sound like much by today’s standard, but the global 745i sold during the first-generation 7 Series had to make do with 32 fewer horses from its M106 engine. Granted, the latter had 40 Nm (30 lb-ft) more torque courtesy of turbocharging. This M88/3 unit relied on a modern Bosch Motronic injection solution and boasted four valves per cylinder for a grand total of 24 valves. The DOHC unit had a high compression ratio of 10.5:1 and flaunted an M Power-branded engine cover.

For the unofficial M7, BMW’s engineers borrowed the brakes from the M635 CSi. It needed the extra stopping power since the special engine enabled a 0 to 62 mph (100 km/h) sprint in seven seconds and a top speed of 147 mph (236 km/h). Those were more than decent numbers for a large and heavy (at least by early 1980s standards) sedan.

If you’re wondering how the limited-run model came to be, the turbocharged 745i was built exclusively with a left-hand-drive layout due to packaging constraints in the engine bay. BMW’s South Africa division decided to take matters into their own hands and engineer a locally available 745i in the right-hand-drive specification and equipped with the turbo-less M88/3.

BMW South Africa had its fair share of special cars, including a 333i E30 in both naturally aspirated and turbocharged forms. There were also 325is Evo I and Evo II models to compensate for the lack of a locally available M3.