Hands down one of the best-sounding BMW 3 Series we’ve ever heard, this widebody E30 was transformed into a hill climb monster following extensive modifications. Footage shot at the Ecce Homo Sternberk Hillclimb event in the Czech Republic shows what looks like a hugely intimidating car with a big V8 engine and barely any weight to carry around.

While the E30 was offered from the factory with four- and six-cylinder engines, Frantisek Gruner’s packs a larger S62 mill that was available in the M5 E39 and Z8. For this application, it has been tuned to develop somewhere in the region of 470 horsepower at a screaming 8,000 rpm. That’s quite the increase compared to the high-performance sedan and roadster where the V8 was rated at just under 400 hp. 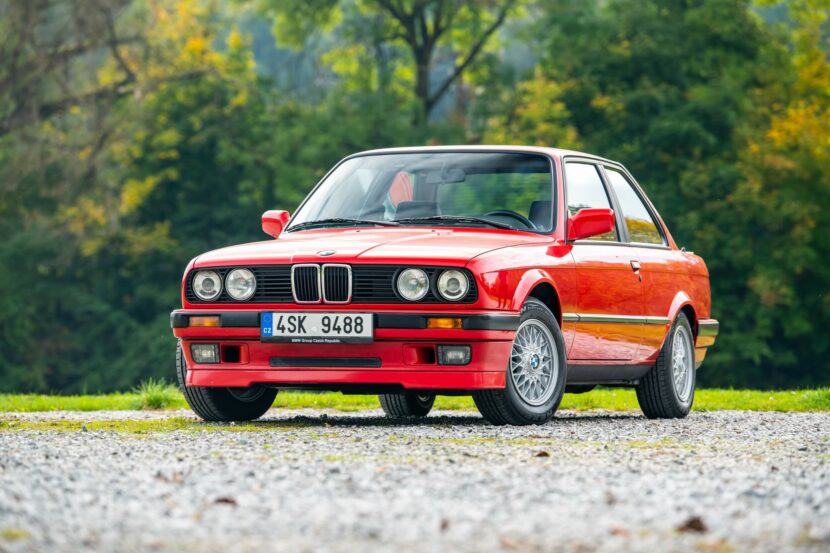 Although it has a big engine under its hood, this second-generation 3 Series still weighs just about as much as it did when it left the BMW factory back in the 1980s through the early 1990s. We’re being told it tips the scales at a remarkably low 1,040 kilograms (2,293 pounds) in a V8 rear-wheel-drive hill climb monster.

The stripped-down E30 sounds deliciously raw and brutal under full acceleration and it’s also mesmerizing to hear the gear changes of the sequential transmission. This 3 Series is certainly not for the faint-hearted given its tail-happy nature with so much power going to the rear wheels in a car that weighs just about as much as a modern subcompact hatchback.

It has been fitted with a massive rear wing as part of a wild aerodynamic package to increase downforce and keep the car glued to the road while being pushed hard through corners. You’ll notice it’s missing the headlights to save weight, while the interior is basically a shell containing a body-hugging Sparco seat for the driver.

We’d honestly be scared to get behind the wheel of what seems to be a widow maker as any small mistake from the driver and he would’ve ended up smashing into the side rails.