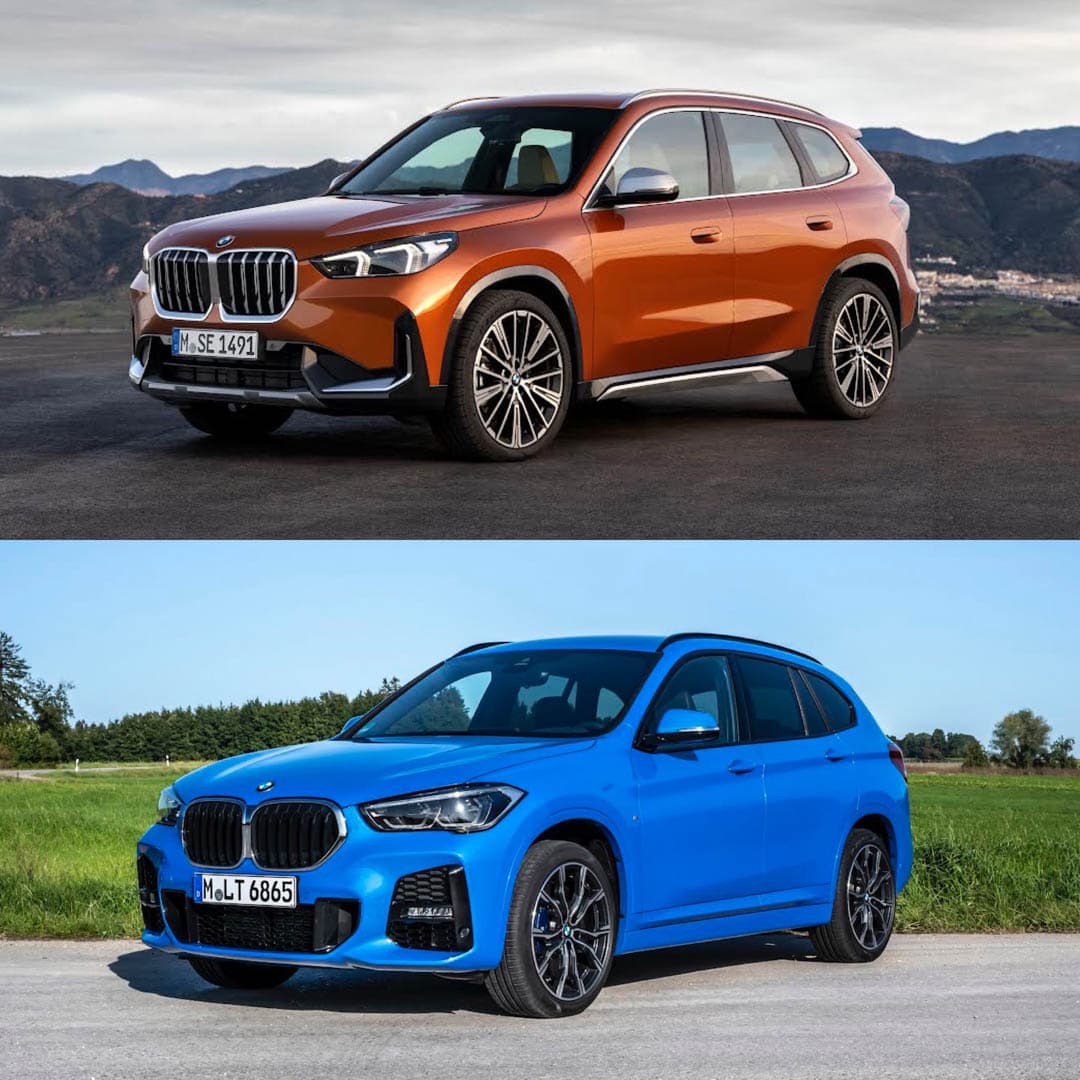 Mock the BMW X1 all you want, Bimmer-philes, but it’s one of the most important cars BMW sells. Not only is it a premium crossover, which is like cat-nip for middle aged suburbanites, but it’s also affordable, so most Millennial parents can actually buy it. Which is why it sells so damn well. But it really isn’t just a cynical cash-grab, the BMW X1 has always been a good car, both generations of it, and this new one is shaping up to be the best one yet.

Because the BMW X1 is such a big seller, there are going to be countless X1 customers now wondering if they should upgrade to the newer model. So we thought it would make sense to compare the two cars’ styling, to see which looks better. 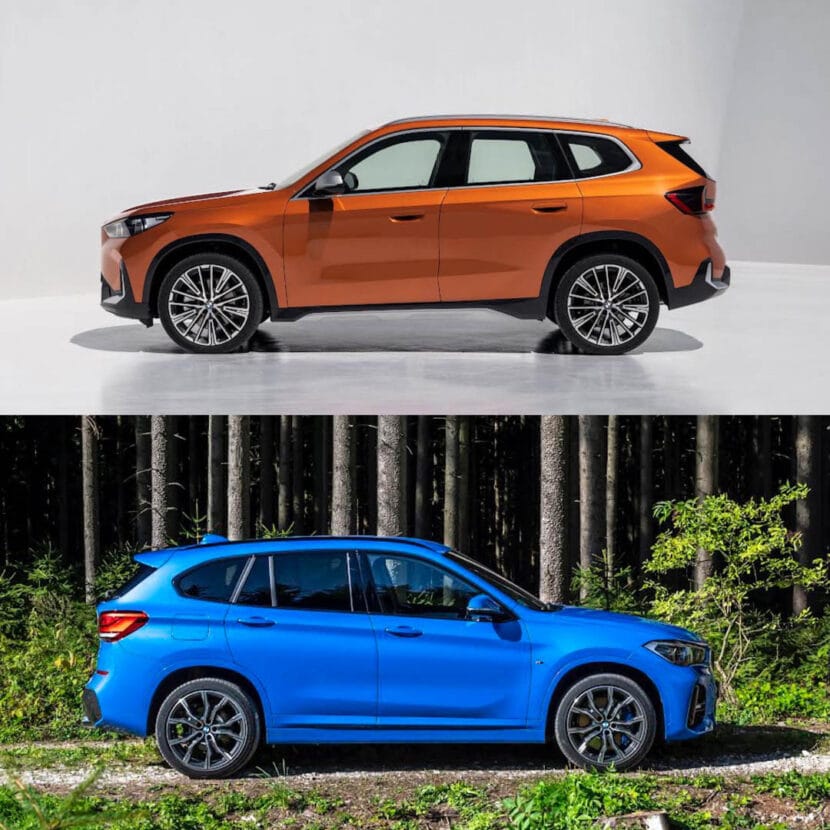 The second-gen BMW X1, that’s now being replaced, was a fine looking car but it really didn’t have any interesting or stand-out features. It was just sort of a car. Take its badges and grille off and the second-gen X1 could pass for a crossover from almost any other brand. However, this new one looks drastically different and has much more of its own character.

This new car is night-and-day different from the outgoing one. Its new grille is larger and squarer than the previous-gen X1 and features active grille shutters. It also gets two big grooves in the hood, sharper headlights, and an entirely different front bumper. All in, the new BMW X1 is a much sportier, more aggressive looking car that looks and feels more like a BMW. That’s not to say the front end of the previous X1 was bad, it was just a bit boring, especially toward the end of its life. 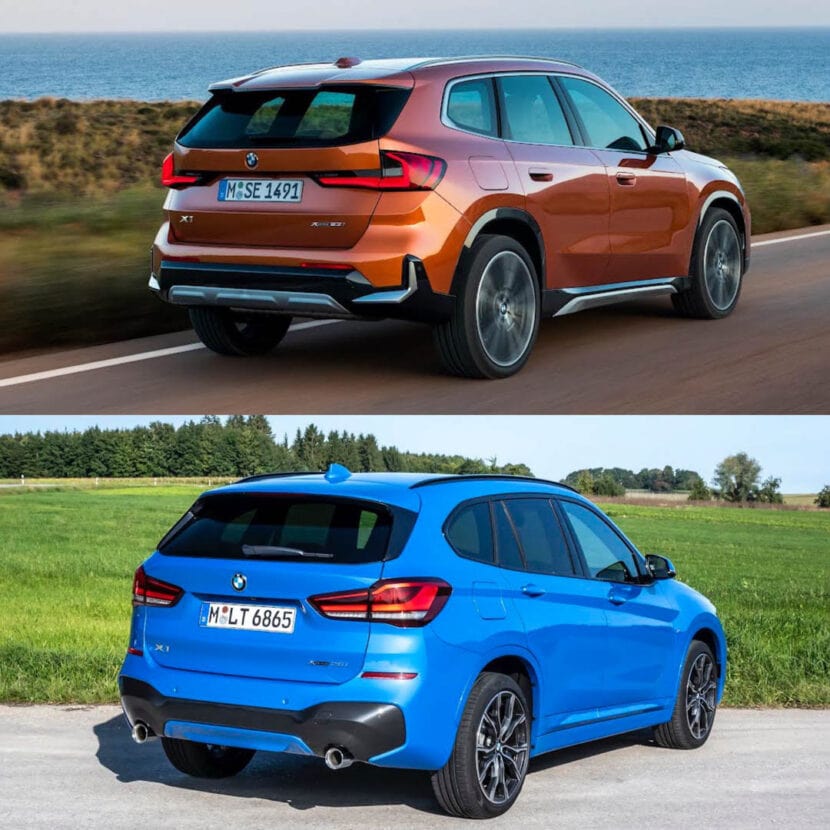 When you look at both cars from the side, the new one is far more characterful. It’s more upright, sits nicely on its wheels, looks compact, and features an surprisingly nice looking Hofmeister Kink. Whereas the outgoing X1 had more of a large hatchback vibe that wasn’t particularly attractive.

Outback, again, the old car was a big boring looking. Just two big taillights and that’s about it. This new car’s more sculpted taillights and sharp rear roof spoiler give it a much more premium, sporty look. 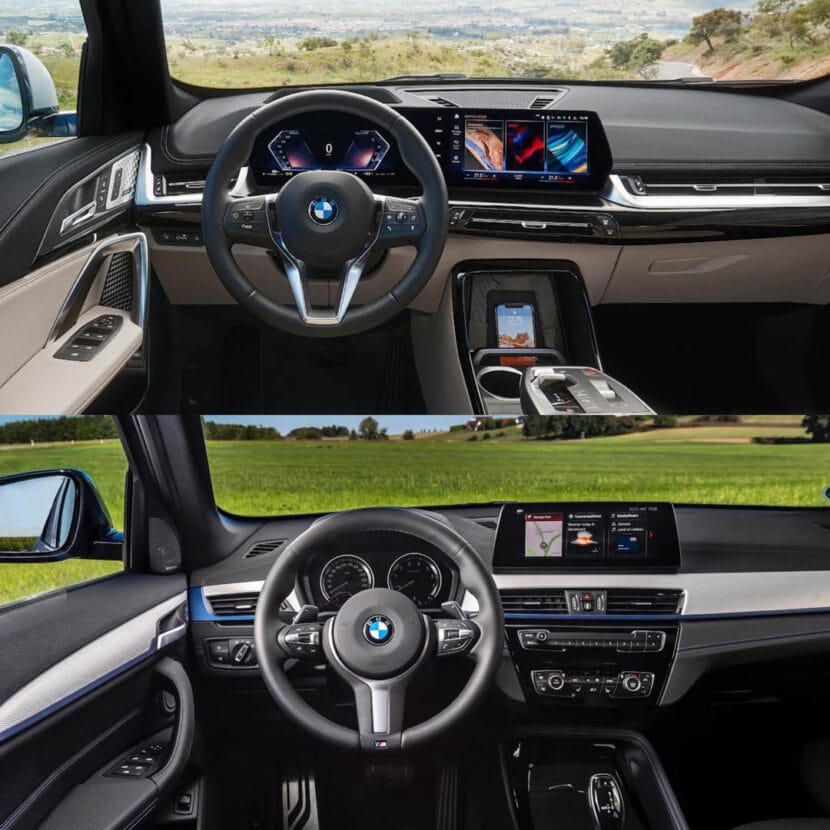 Inside is where the most important changes happened, though. Most customers in this segment prioritize comfort, space, technology, and practicality above all else and the new X1 dominates the old one in every one of those categories. The new car features an entirely, and unique, interior design, with a slick dashboard layout, the brand’s latest iDrive 8, a cool cantilevered arm rest, and one of BMW’s best looking modern steering wheels.

There’s honestly no contest between these two cars. The new BMW X1 is far better looking than the old and many customers will want to trade their current X1 to this new one, once it finally debuts. 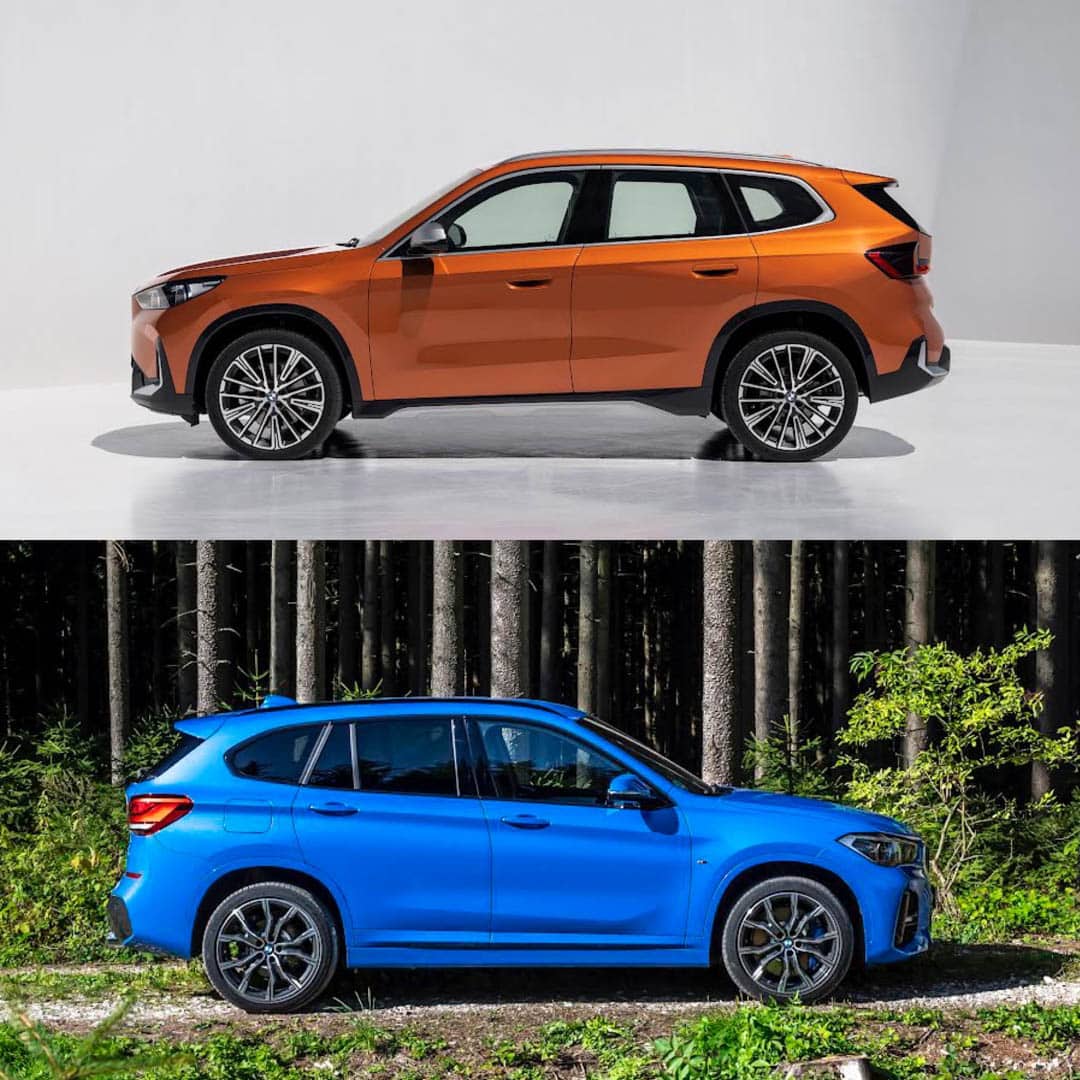 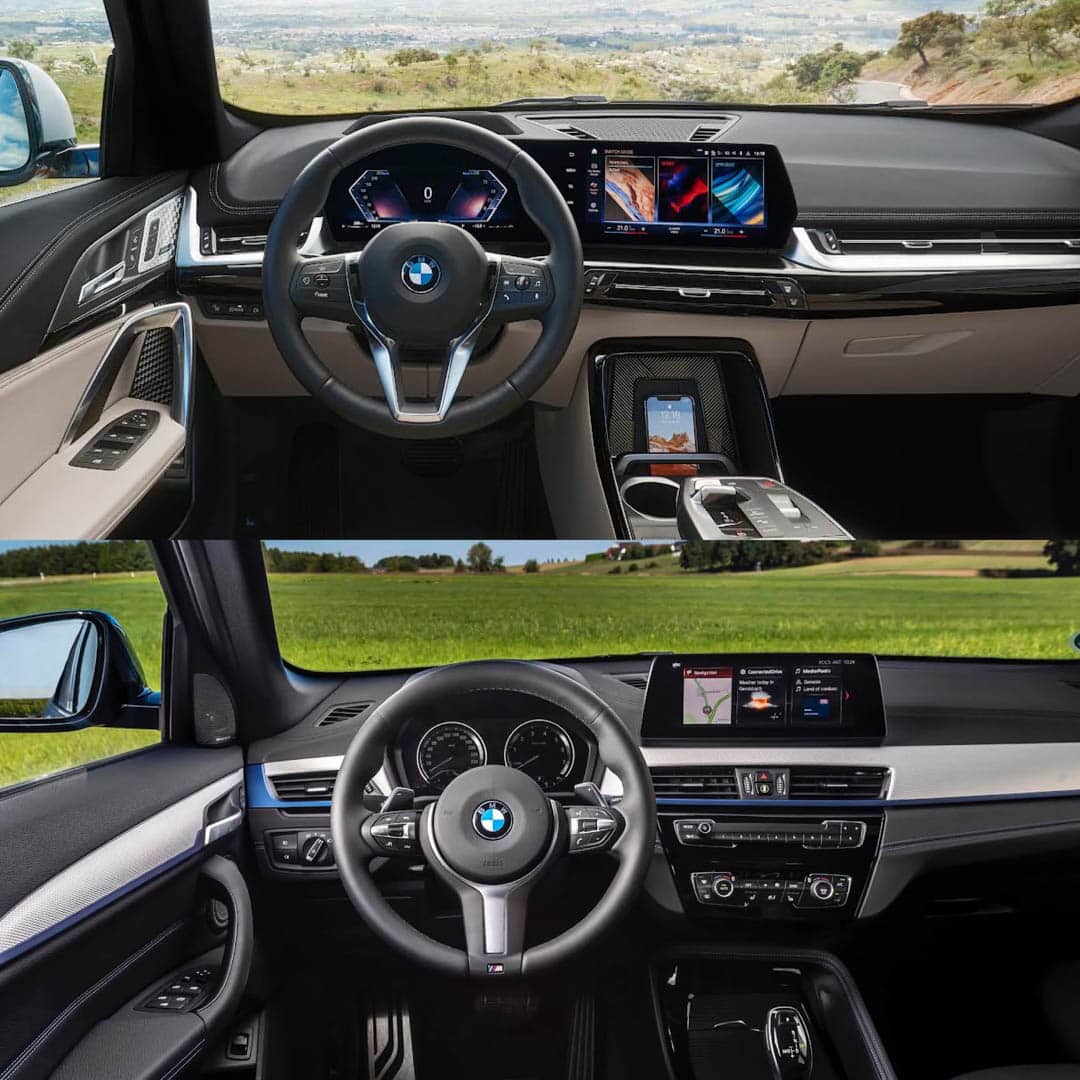 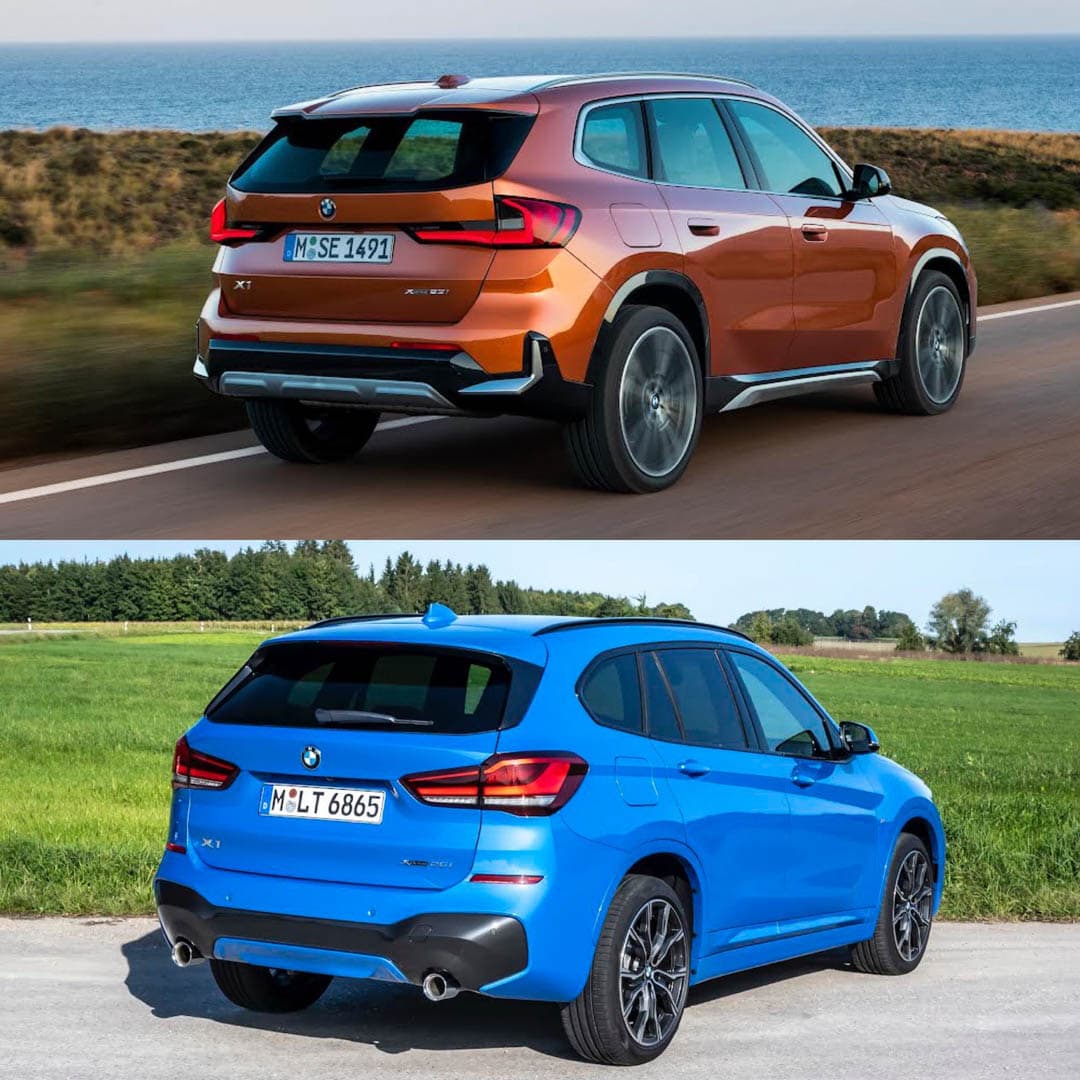