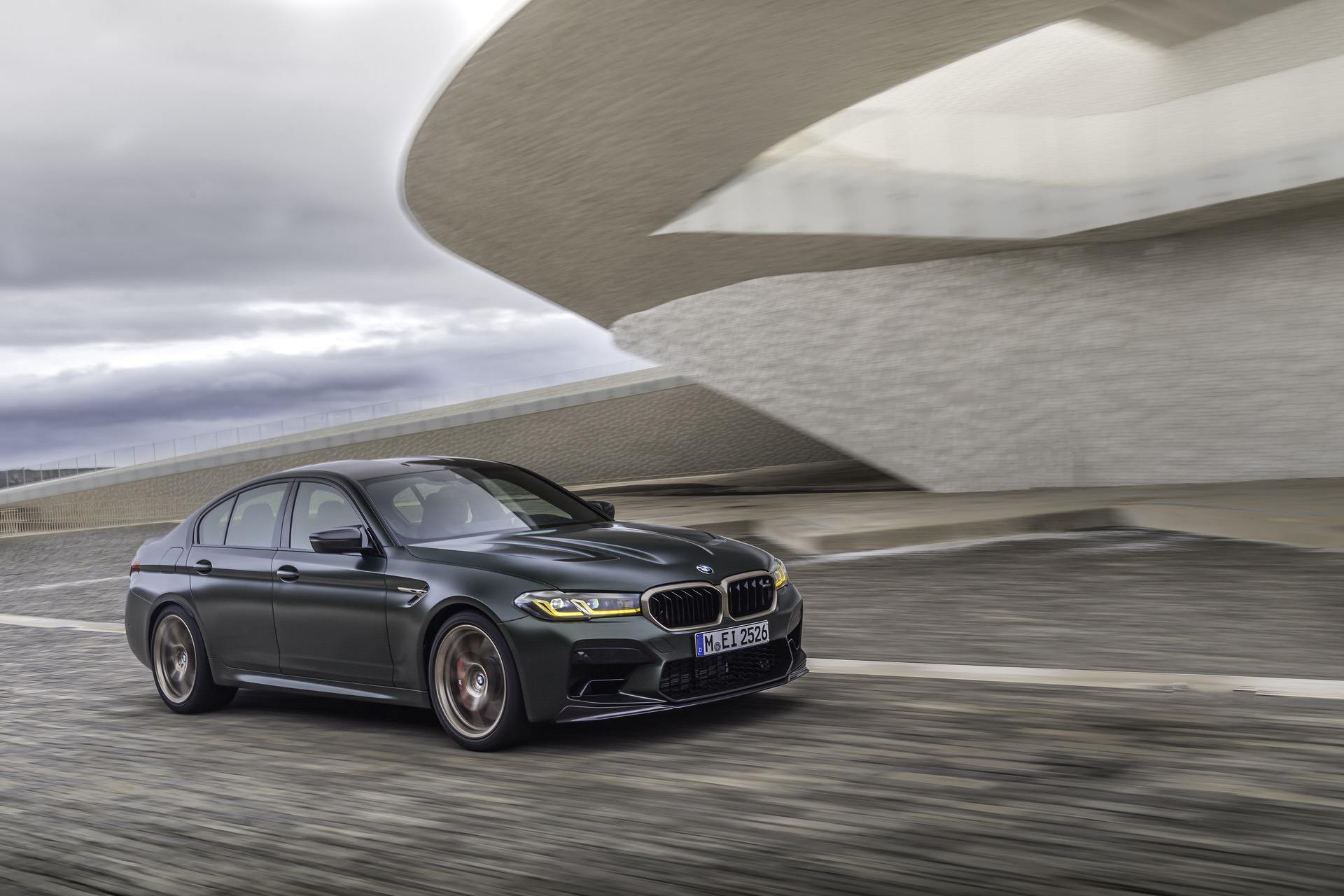 Seeing a BMW M5 CS with smashed body panels and missing pieces makes my heart physically hurt. It’s probably the best modern BMW I’ve ever driven and I love it dearly. It’s also incredibly rare, having been limited to just 1,000 units, so when one gets destroyed, there isn’t going to be another one to replace it. Which is why seeing this one smashed up in Pittsburg is so upsetting. Though, anyone who’s willing can get something out of it.

The crashed BMW M5 CS is listed on Copart and it’s not only in pretty rough shape but scavengers have been at it already. The driver-side rear door is caved in, its driver’s door is a bit beat up, and it’s missing its front fenders, along with its front bumper. Tragically, even its carbon fiber hood is useless, as they’re a big crank in the front driver’s side.

Inside, the M5 CS is missing its front carbon fiber sport seats, as well as the rear bench seat. Which means you can’t buy the killer seats for your BMW 540i. I know you were thinking about it. One of the rear interior door panels is missing, too.

It’s unclear what sort of damage was done under the skin, though there’s likely some suspension and chassis damage. If so, this M5 CS is probably toast. If there isn’t any major chassis damage, it’s possible this car could be bought and repaired, keeping this 1-of-1,000 model on the road. Though, without its CS-specific interior and carbon fiber hood in need of replacement, this isn’t going to be a cheap fix.

The likeliest scenario is that this car gets picked apart by part-seeking vultures until there’s nothing left. There are still some CS-specific things you can get off this car, such as the interior trim, steering wheel, gold wheels (if the driver’s side front wheel isn’t bent), and potentially some suspension components. The engine could be pulled to but it’s probably not worth the extra cost, considering it’s barely different than the standard M5 engine. It’s a bit more powerful than a regular M5 but the mildest of engine tunes to a standard M5 will make it more powerful than an M5 CS.

If you want a few M5 CS-specific parts, you might be able to salvage some off of this crashed car. But it might not be the right car to get if you’re looking to get a banged up M5 CS for cheap so you can fix it.