Of all the colors in the world, the owner of this brand-new BMW M3 Competition decided to give it a questionable look with a beige finish reminding us of German taxis. Odd hue aside, the G80 has gone through quite a few other changes, including custom OLED taillights with sequential indicators reminiscent of those installed in the limited-run M4 GTS. There’s also a massive rear wing that’s hard to miss, provided you can take your eyes off the peculiar body color.

The car belongs to British tuner R44 Performance and they’ve already installed a custom high-flow intake system and a titanium exhaust system providing a far more aggressive note and fitted with prototype tips they’re currently testing. The aftermarket specialist teamed up with RaceChip for this build and installed a plug-in software solution to extract more power. 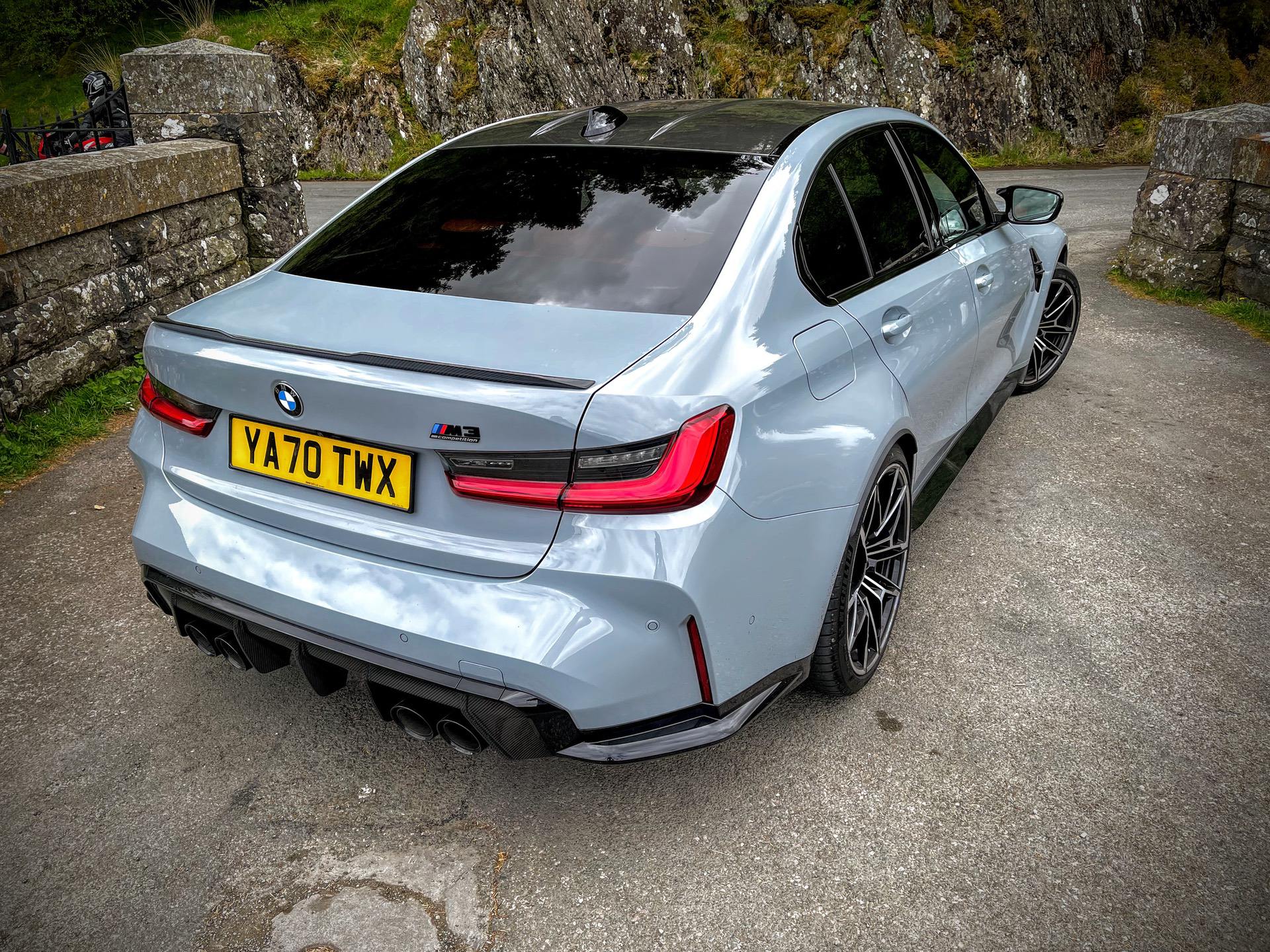 With the M3 still being relatively fresh off the lot, tuners are still working on unlocking its secrets in their attempt to exploit the potential of the S58 twin-turbo engine in this new application. Nevertheless, even with these stage one mods, the 3.0-liter inline-six still managed to pump out a healthy 592.3 horsepower, which is up by nearly 90 hp compared to the stock engine.

That said, it’s a known fact BMW typically underrates its engines and that seems to be the case with the S58 since many dyno tests with the X3 M / X4 M Competition have shown impressive results. Of course, the Bavarian marque itself will take the six-cylinder mill to new heights with future hot derivatives of the M3 and M4 as we’re expecting a CS special edition for both, plus a hotter CSL for the latter.

The standard 473 hp offered by the base M3 is nothing to sneeze at, let alone the 503 hp of the Competition, but some owners of high-performance cars would argue there’s always room for more. It will likely take a while before the tuning scene for the G80 will mature, but early signs are encouraging.