The second stage of this year’s Dakar Rally, from Bisha to Wadi Ad-Dawasir, brought some changes to the scoreboard and the way things went down. This time it was Nasser Al-Attiyah who finished first with his Toyota, making up for the slow start he had in Stage 1. The MINI X-Raid cars weren’t too far behind though, as Stephane Peterhansel managed to cross the line second, thus gaining the overall lead after just two stages.

Since he won the first stage, it was Carlos Sainz who set off first in the second outing but his performance wasn’t good enough to keep up with the rest of the platoon. Peterhansel started second and by the 46 kilometer mark had already overtaken Sainz. The Frenchman continued to increase his lead, adding 91 seconds to his advantage by the time he reached the 220 kilometer mark. Nevertheless, from behind, the Toyota driven by Al-Attiyah was gaining on him, fast. 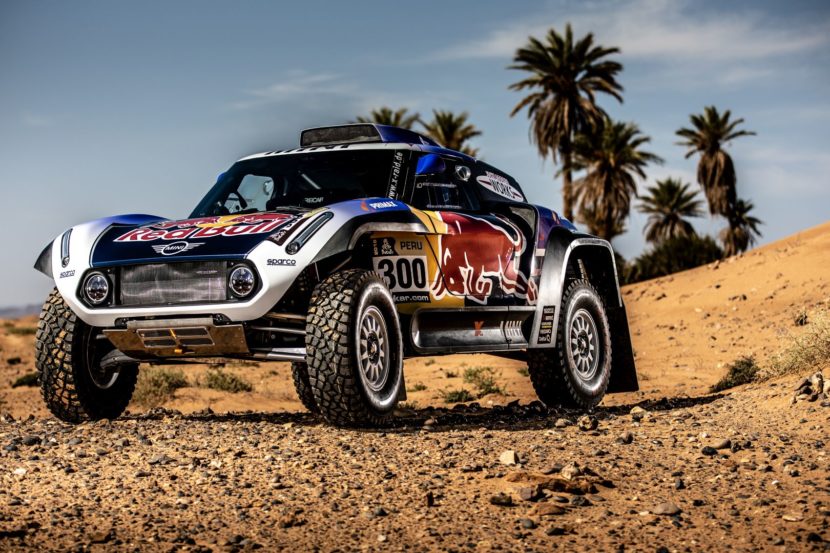 The Quatari driver won the stage by over 2 minutes in front of Peterhansel, a drastic improvement of the 10th-place finish in the first stage. As impressive as this finish might be, Al-Attiyah didn’t get enough under his belt to make him the overall lead at the moment, that privilege going to Peterhansel still. Nevertheless, the Quatari driver is now third overall, with plenty of rallying to go. Anything can happen now.

The second place goes to Sainz right now, who is 6 minutes and 37 seconds behind his teammate from X-Raid. Sebastien Loeb managed a better run this time round, claiming the sixth fastest time on Stage 2, after finishing 22nd on the first outing. This time he didn’t get three consecutive punctures or any navigational errors so Loeb actually put in a good run. Former MINI driver, Jakub Przygonski finished eight in the second stage and is now fifth overall in the standings.