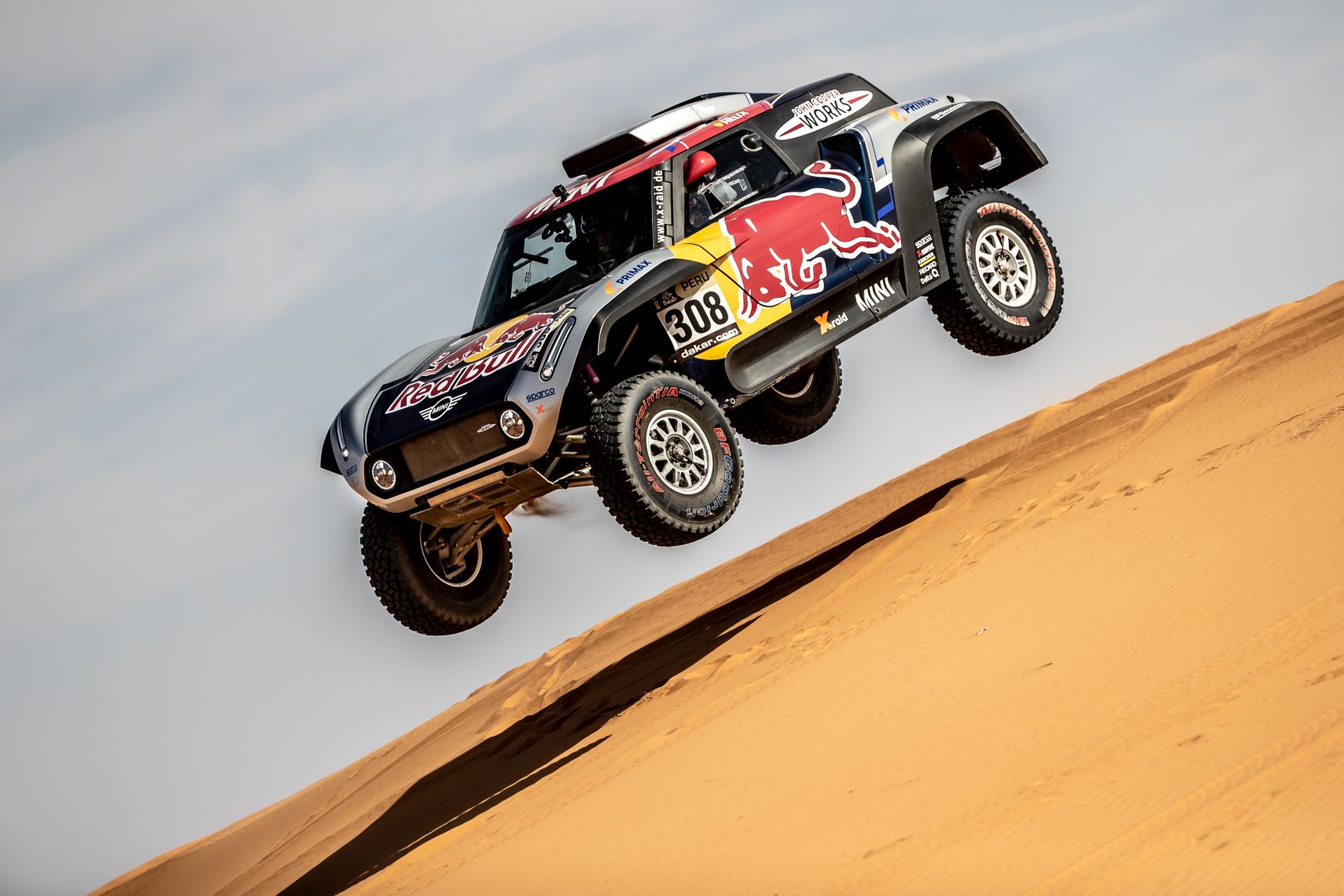 It’s January and that means we’re off to the races in the Dakar Rally. The once famous and highly contested event has lost some of its shine but hardcore fans of rallying of all kinds still tune in at the beginning of every year to see who’s going to make it to the finish line. This year’s first stage was won by the MINI X-Raid team in a convincing fashion, two of its cars claiming the top places on the podium.

It was a highly contested first stage too, the leader changing several times across the 277 kilometers from Jeddah to Bisha in Saudi Arabia. It was nearly a MINI free for all at one point, when Vaidotas Zala, driving a 4×4 MINI Cooper from X-Raid managed to climb to the number one spot, before being overtaken by two other X-Raid drivers in MINIs, Sainz and Peterhansel. Sainz had a terrible start after suffering a puncture but managed to fight back and recover over three minutes to finish first with a lead of 25 seconds.

Peterhansel came in second, just 8 seconds behind Sainz. He too had a puncture but in the final 50 kilometers of the first stage. The 13-time winner couldn’t do more than just push his buggy to the absolute limit as he was approaching the finish line. The third place on the podium went to Czech driver Martin Prokop and his Ford. Surprisingly, no Toyota model managed to break into the top five in the first stage, Giniel de Villiers being the top ranked Toyota driver in seventh.

The title for the worst bad luck went to Sebastien Loed, the Frenchman raking up no less than three separate punctures throughout the first stage, losing 24 minutes in the process. Former MINI racer, Al-Attiyah came in 10th overall with his Toyota while Jakub Prozygonski beat him to 9th place in his Overdrive Toyota Hilux.