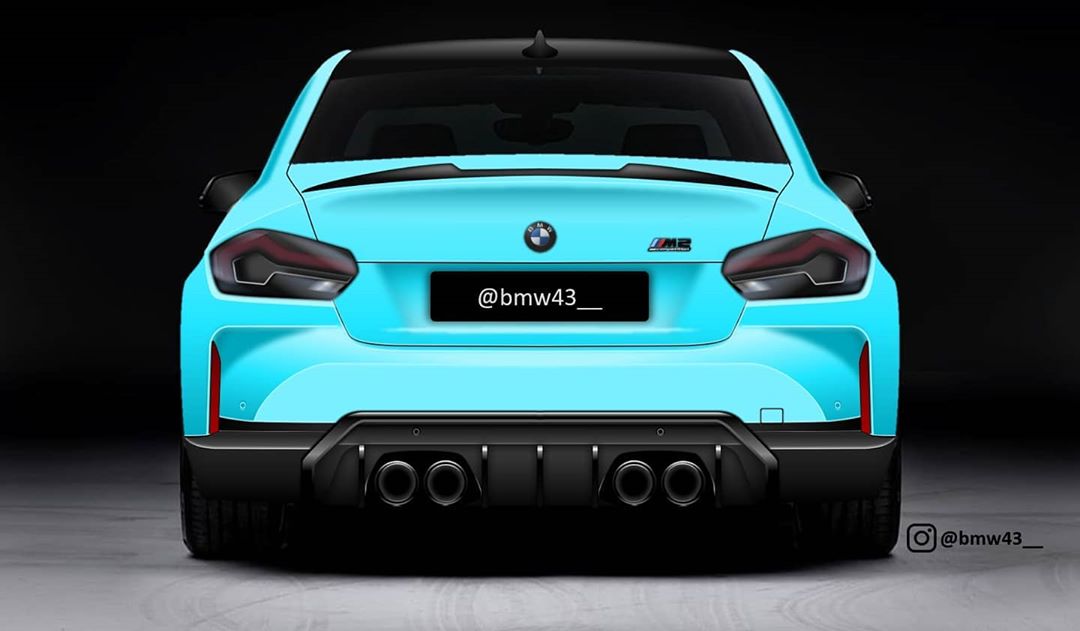 While BMW annoys some of its fans by putting out weird designs and special edition front-wheel drive hatchbacks (which I like, by the way!), there is a bright spot in the relatively near future for BMW purists. The next-generation BMW M2 will remain a rear-wheel drive, two-door, four-seat coupe, as the Car Gods intended.

We know this to be true. The only question that remains is whether or not BMW is going to give it appropriate styling. We’ve already seen some spy photos, as well as leaked photos, of the next-gen 2 Series, so there’s at least something to go by.

In these new renders, we can see what the next-gen BMW M2 might look like, based on the photos we’ve already seen. Considering the photos that we’ve seen have been surprisingly revealing, it’s not hard to see that these renders are at least somewhat accurate.

Up front, there are sensibly-sized kidney grilles, headlights similar to what we’ve seen from leaks and spy pics and some very M-like front air intakes. It also gets an M3-esque Air Breather at the front fender, which seems to be a BMW M-norm at the moment. One interesting bit to note is the lack of a proper Hofmeister Kink. The purists won’t be happy about that.

Out back, it gets new taillights, which are again similar to what we’ve already seen, as well as an M3 CS-styled rear lip spoiler, a large rear diffuser and quad exhausts. The quad pipes out back are a bit closer to center than we typically see from BMW and it’s a cool look. Aside from that, it’s business as usual out back.

There’s also a rear render of the upcoming BMW M240i, which will be a bit softer and less powerful than the full-on M2. Though, the only difference in styling between the two rendered cars is that the M240i gets dual trapezoidal exhausts, rather than quad circular pipes.

We’re anxious to see the next-gen 2 Series and eventual BMW M2. It’s going to be an interesting car, as the current M2 is the best driving BMW and it’s still based on an old chassis. This new one will get a newer, better, more balanced chassis that should allow the next-gen BMW M2 to continue sitting atop the M Division’s throne as the best driving car in the lineup.