The moose test has made many victims over the course of history, with the most intensively debated being the first generation Mercedes A-Class in 1997, which failed the test in big fashion. Even though the M235i Gran Coupe did not have the same upside down fate, it still under-performed when put to this challenge.

It comes quite as surprise that the BMW M235i Gran Coupe had such a poor performance in a dynamic evasion test that could have been a piece of cake for a Bimmer model with sufficient sports abilities. 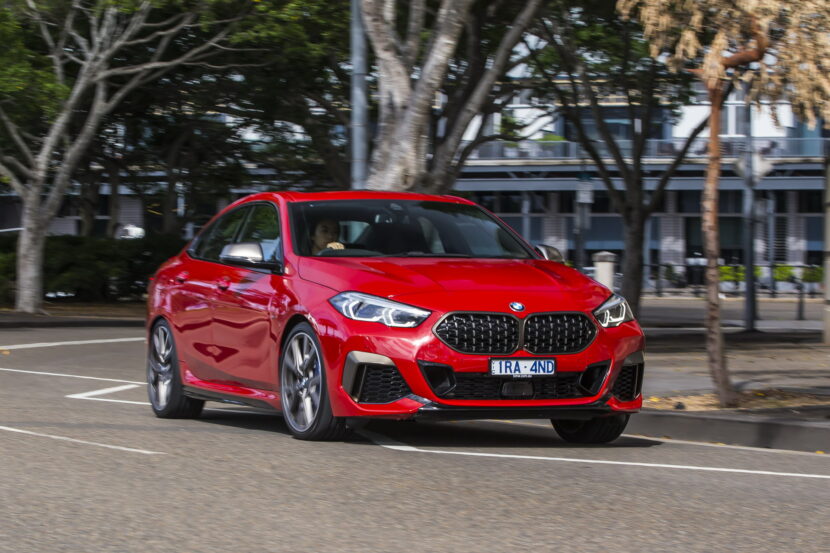 The M Performance version of the F44 2 Series was put to test by the Spanish automotive publication KM77. The car was equipped with standard Bridgestone Turanza T005 tires, so the level of grip and traction was basically on par with most standard vehicles. Plus, those are the factory tires, so that’s what it needs to be tested with.

I personally tested the M235i a while ago and, overall, the car demonstrated good agility and competent handling capabilities, although some details and points could have been further refined. So, I wouldn’t have thought that it would have had any problems in the moose test.

But it did, as the M235i did not manage to perform the entire manoeuvre in the desired way. The journalists at KM77 tried to avoid the imaginary obstacle at a speed of 78 km/h (48 mph), but the compact Bimmer did not manage to return safely to the normal path because it hit the cones several times.

After some failed attempts to sustain the same speed level throughout the evasion and return procedure, they lowered the speed up to 68 km/h (42 mph) and thus the M235i managed to perform better. Close, but not cigar, as it should have been able to do the entire moose test at speeds above 70 km/h. Basically, at least 77-78 km/h. 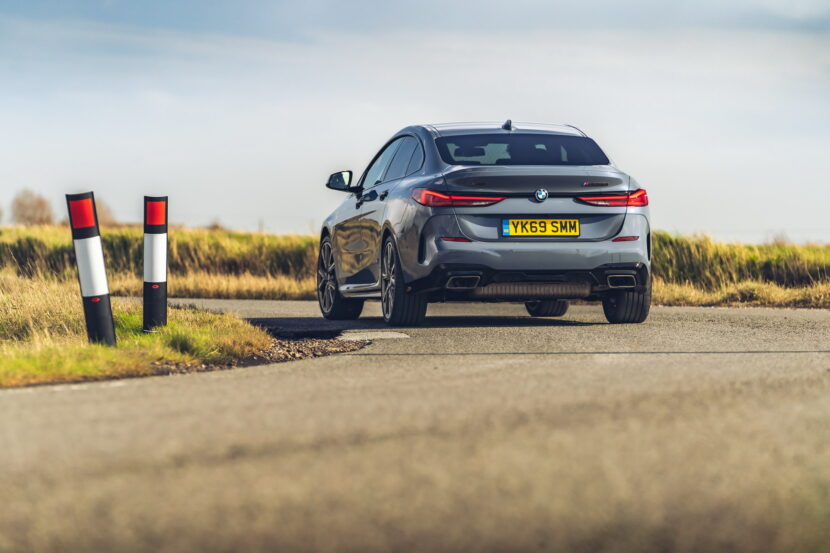 This negative performance in the moose test puts the new M235i Gran Coupe close to the Mercedes-CLA 200, which failed the test at 66 km/h. The new Volkswagen Golf VIII was better by 1 km/h, but it was still not enough for the Wolfsburg to pass the test as well.

But, even though the M235i failed the test by hitting the cones at 78 km/h, the Spanish journalists point out that, at least from qualitative point of view, the sports Gran Coupe actually had a predictable and safe behavior during the entire maneuver.

However, it is clear that the front-driven platform has its shortcomings when it comes to top level agility and handling, to steering precision and dynamic behavior at the utmost limit, irrespective of any technical chassis measures taken by the M division to sharpen up the M235i.

Nonetheless, let’s see the whole track action with the BMW M235i Gran Coupe during the moose test in the following video.