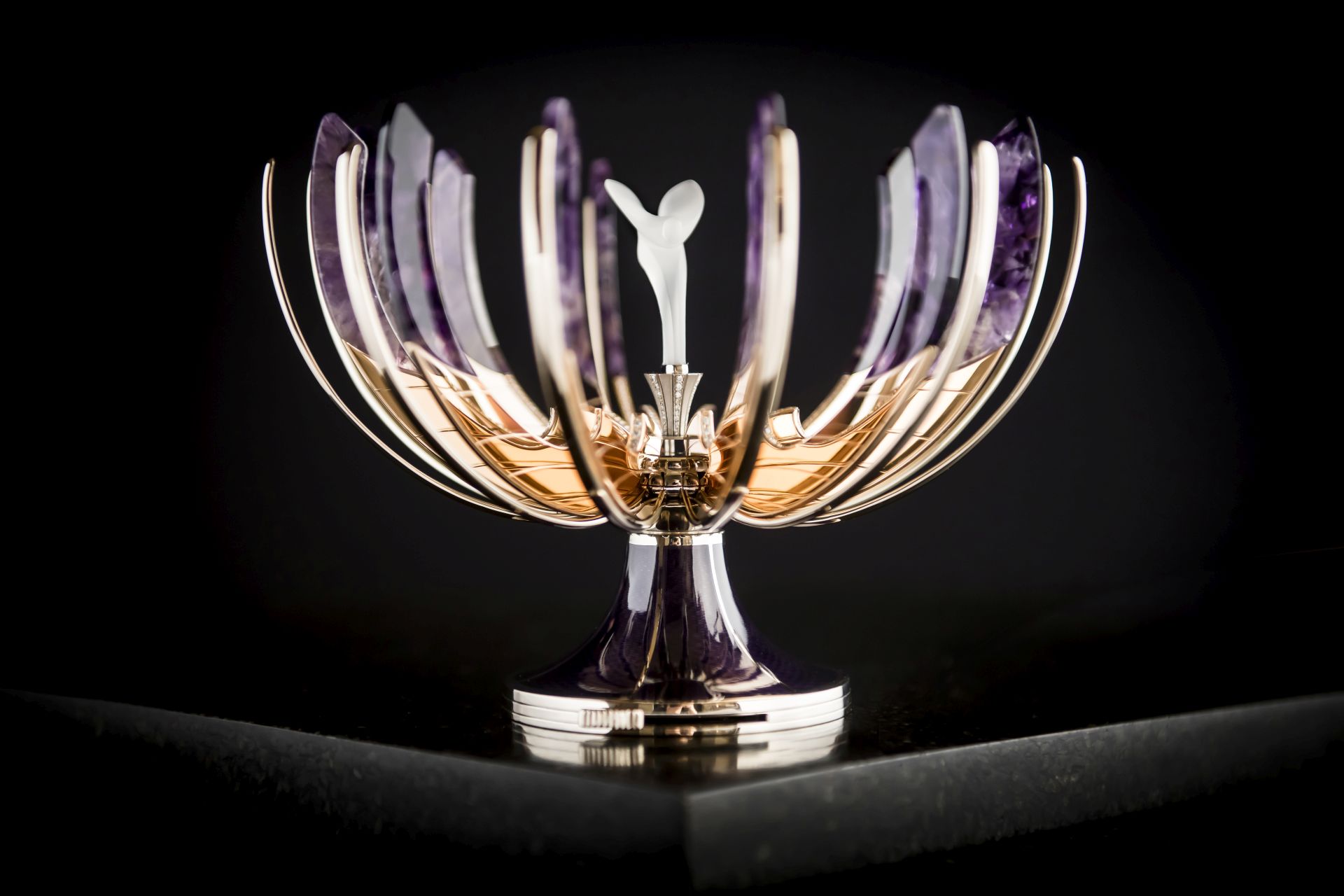 The history of Faberge Eggs goes back to 1885 and is closely connected to the Russian Royal Family. Emperor Alexander III of Russia was the one who came up with the idea in the first place thus creating a symbol that would become synonymous with the highest levels of luxury and richness. Rolls-Royce is also regarded as a brand reserved only for the richest people on the planet so it was only a matter of time before the Spirit of Ecstasy was somehow combined with the Faberge Egg.

That moment came in 2018, when the two companies joined forces to create a new egg, of the Imperial class – a class reserved for Faberge’s most illustrious creations. This was only the second object to be done following the Imperial category guidelines since the fall of the Romanov family in 1917. And yet, what a breathtaking creation it is. Conceived by Rolls-Royce and brought to life by Fabergé, the egg stands at 160mm high and weighs 400g, embodying the ‘surprise and delight’ attributes of the original Imperial Eggs. 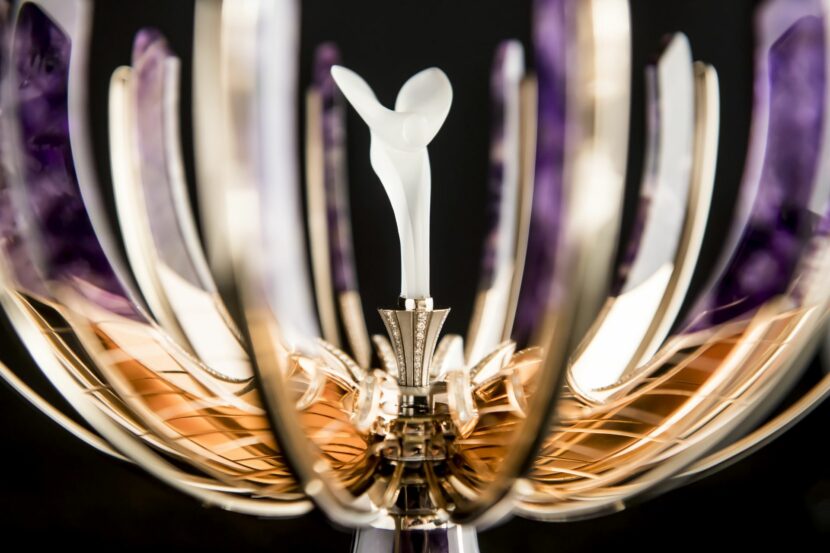 The Egg rests on an engine-turned, hand-engraved, purple enamel guilloché base of 18-carat white gold. Arms of rose gold define the shape of the egg, acting as a protective chamber for its contents. Operating a discreet lever at the base of the stand opens the shell to reveal a Spirit of Ecstasy figurine hand-sculpted in frosted rock crystal. The rose gold vanes, embellished with nearly 10 carats of round white diamonds, resolve into swathes of natural amethyst weighing over 390 carats, specially selected for its color saturation and quality.

The purple hue of the enamel and amethyst provide a playful nod to the use of color found in Fabergé’s heritage. The operating mechanism, thought to be the most complicated ever created for a Fabergé Egg, blends the latest computer-aided design and micro-engineering technology with the traditional goldsmiths’ art. The ‘Spirit of Ecstasy’ Fabergé Egg was premiered at the House of Rolls-Royce in Goodwood, West Sussex, England, in October 2018, before going on public display in the window of Fabergé’s premises in London’s Mayfair but these are unreleased pictures of it taken before it was unveiled. 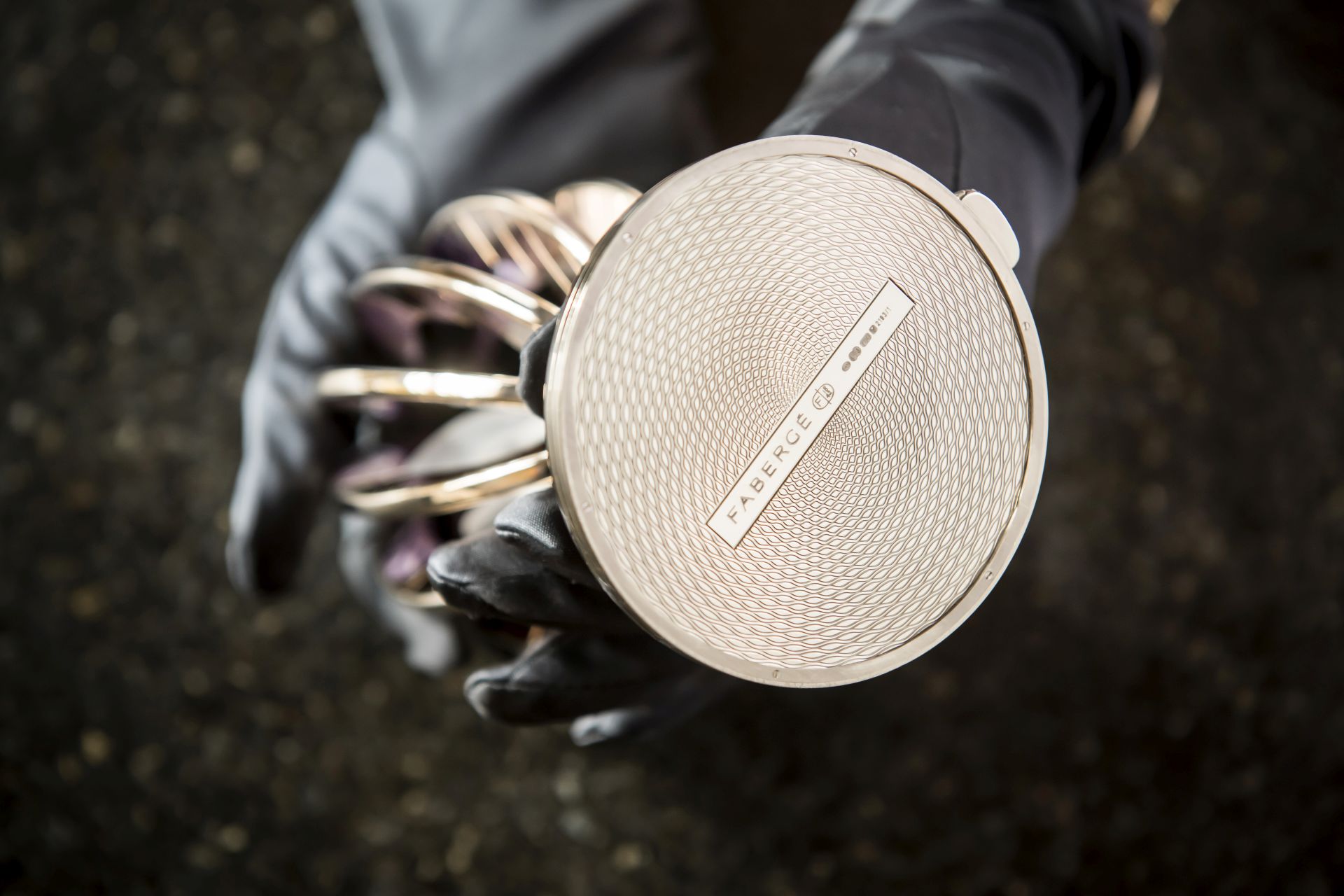 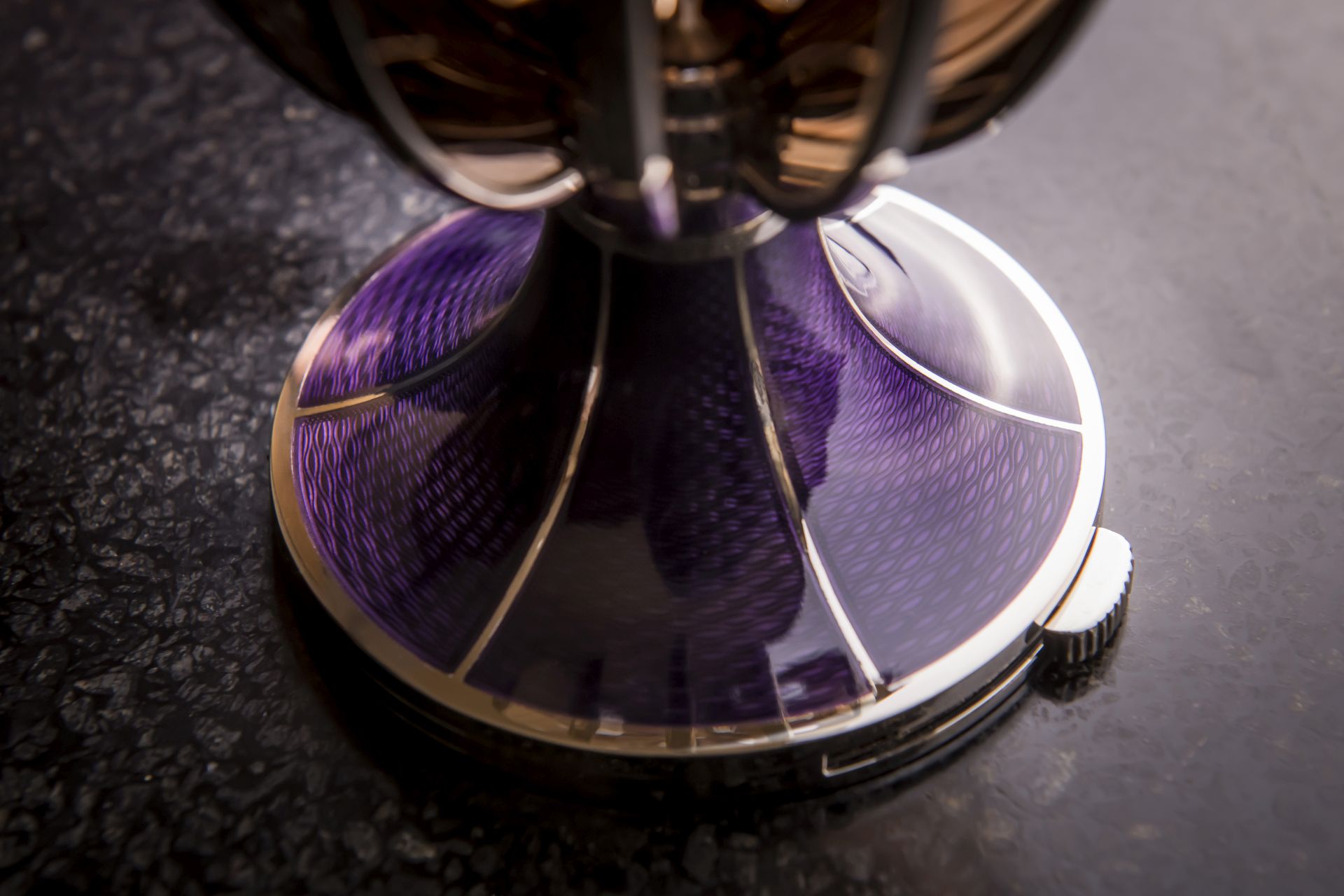 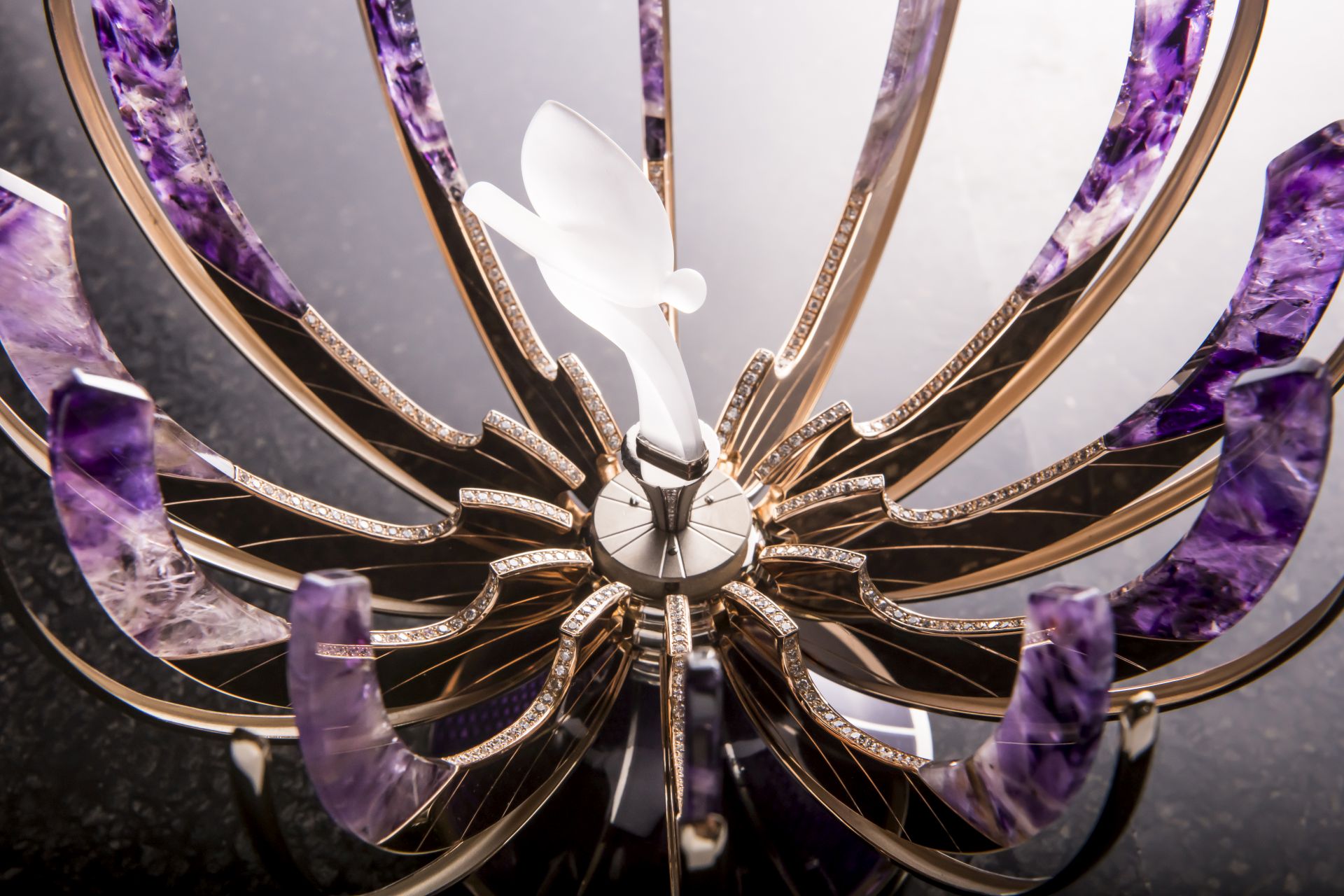 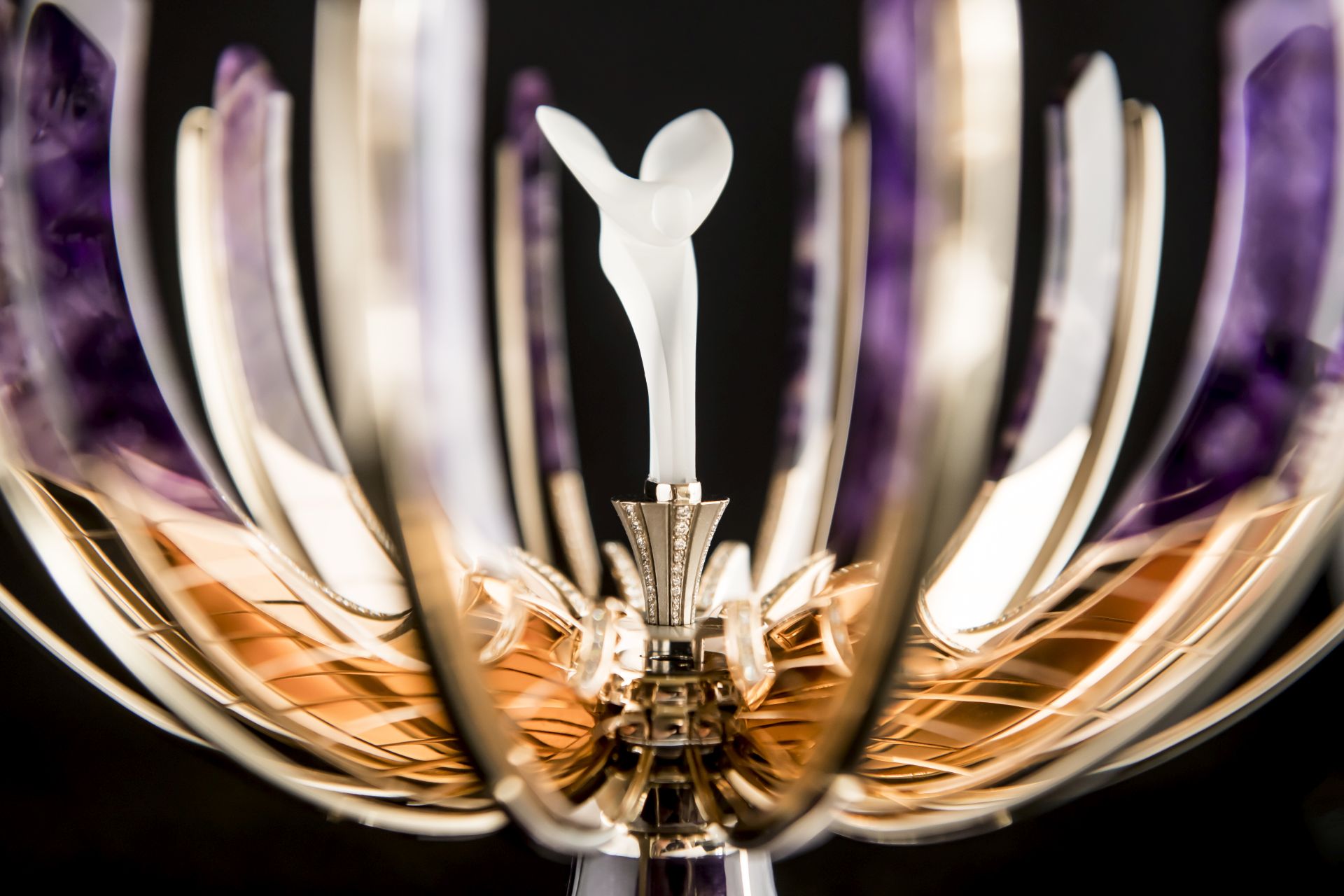