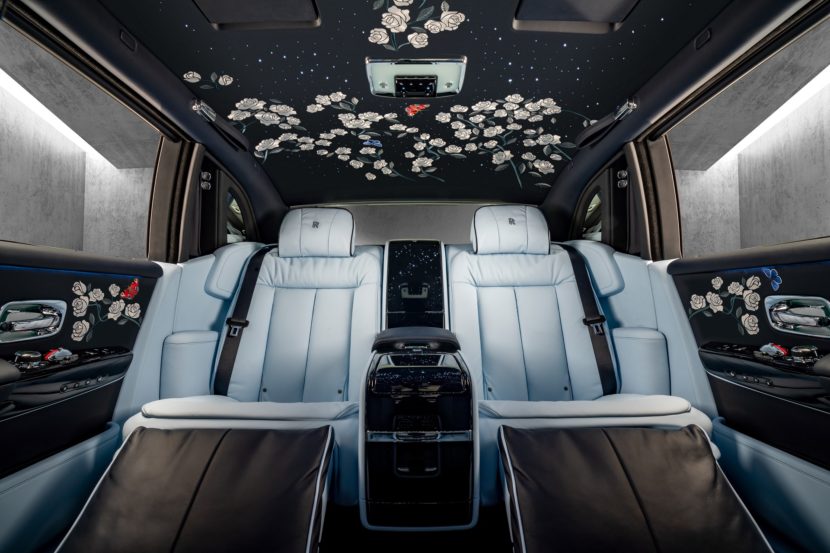 When it comes to building bespoke cars there’s no other company in the world capable of doing what Rolls-Royce constantly delivers. The Brits have just published photos of one of their most recent creations, a Rolls-Royce Phantom with a special theme. Commissioned by a Stockholm-based entrepreneur with an extraordinary passion for flowers, this car apparently features a million embroidered stitches.

And it’s pretty easy to see why that’s the case as soon as you take a gander at what this Phantom holds inside. The primary inspiration source for this model was the Rose Garden at the Home of Rolls-Royce in Goodwood, West Sussex. This is where the so-called Phantom Rose is grown, a special type of rose. This is bred exclusively for Rolls-Royce by British Rose Breeder Philip Harkness of Harkness Roses and is used for very specific purposes. 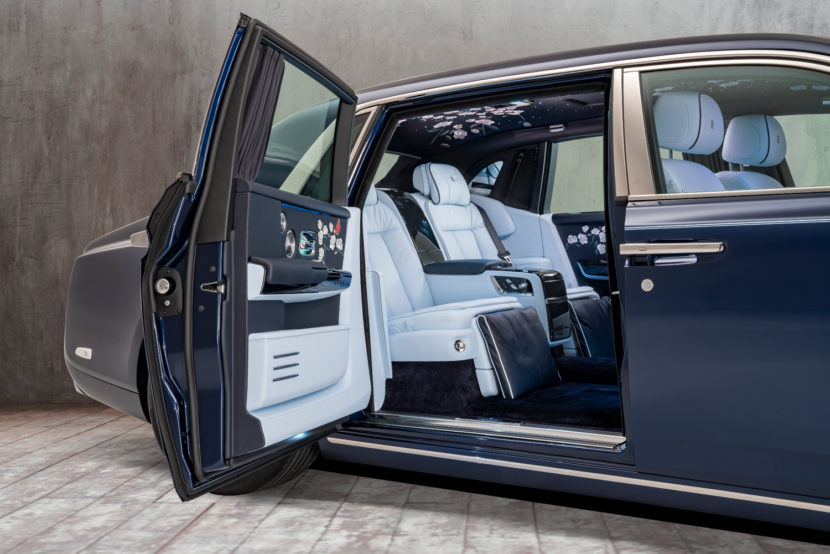 “There is a transcendent beauty when a rose garden is in full bloom. The patron wanted to create that same feeling of awe; an abundance of flowers to lift the spirit and celebrate nature’s decadent beauty, in the Rose Phantom’s serene interior,” said Ieuan Hatherall, a Bespoke Designer for Rolls-Royce. That’s definitely what transpired here. On opening the coach doors, one first encounters the embroidery on the inside of the rear doors, but it is not until entering the rear cabin that one fully encounters the extraordinary extent of the satin stitch creation.

The Phantom Rose is illustrated in varying stages of maturity, from bud to full bloom, in an asymmetrical design that appears to grow across the roof lining, from the rear of the car. The marque’s fabled starlight headliner illuminates the scene as the roses are interspersed with individually placed fiber-optic lights. In the rear compartment, Serenity Seating  adopts the inverted color-way of the exterior as Charles Blue leather is accented with Peacock Blue piping. 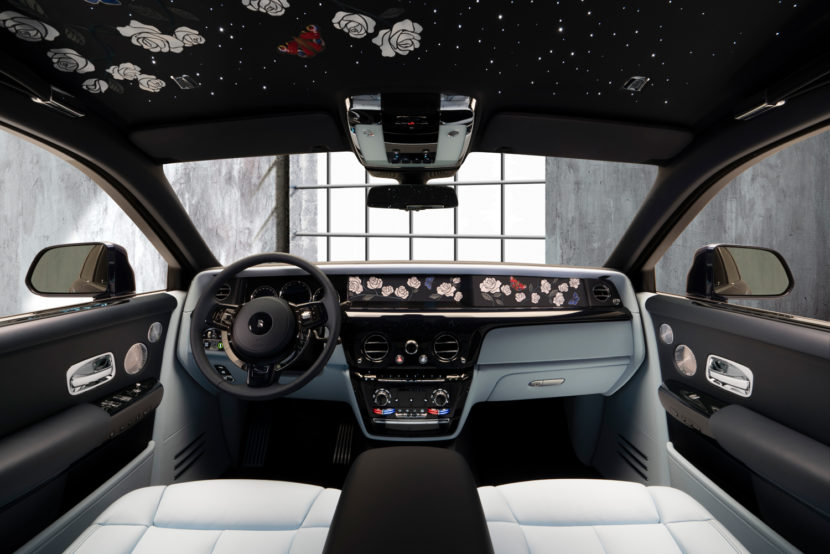 The Phantom’s Gallery is bespoke too, featuring stems of embroidered roses. The patron’s family also played a creative role; his wife designed the umbrellas whilst his daughter, Magnolia, defined the exterior hue of this Phantom. The Peacock Blue exterior of the Rose Phantom is punctuated with a Charles Blue twinned-coach line that intertwines organically like the stem of a rose, combining to introduce the rose motif, an indication of both the colors and the treatment within. The wheels echo the design and are embellished with a twinned pinstripe, also in Charles Blue. The patron commented, “I wanted to have flowers and roses everywhere. It became an amazing piece of art.”