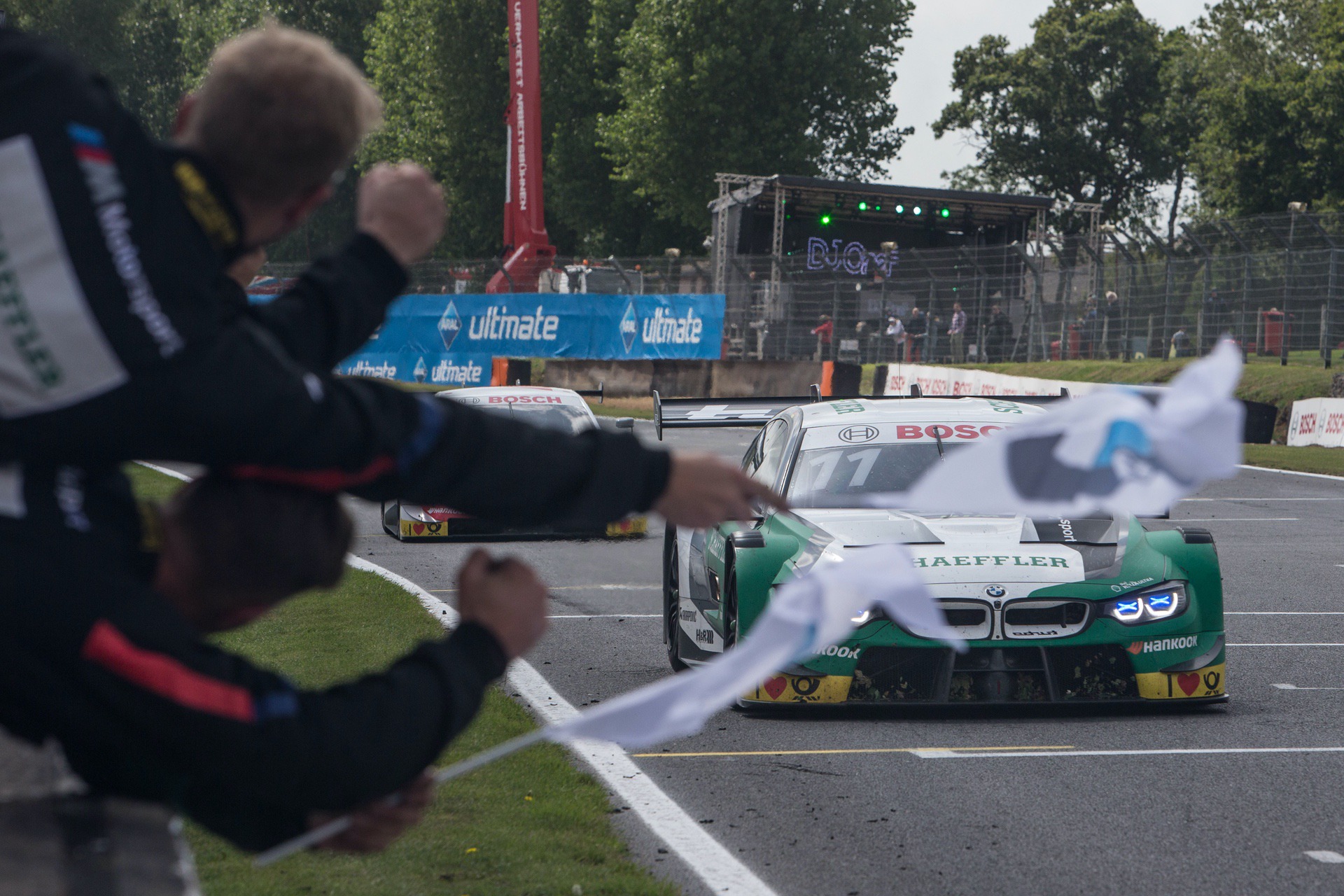 Fourth pole position of the season, followed by win number four: Marco Wittmann (GER) backed up his outstanding performances at Assen (NED) in Saturday’s race at Brands Hatch (GBR), where he guided the Schaeffler BMW M4 DTM to the sixth victory of the season for BMW M Motorsport. Wittmann made up ground on the leaders in the Drivers’ Championship, thanks to a 28-point haul. Third-placed Wittmann now has 146 points to his name, 32 fewer than championship leader René Rast (GER, Audi), who followed him home in second place.

As well as Wittmann, Philipp Eng (AUT, ZF BMW M4 DTM) and Sheldon van der Linde (RSA, Shell BMW M4 DTM) also finished in the points in sixth and eighth places respectively. Bruno Spengler (CAN, BMW Bank M4 DTM) and Timo Glock (GER, JiVS BMW M4 DTM) came home 12th and 13th. Glock was involved in a collision – through no fault of his own – at the start with Daniel Juncadella (ESP) and Jake Dennis (GBR, both Aston Martin), which resulted in him dropping to the back of the field. 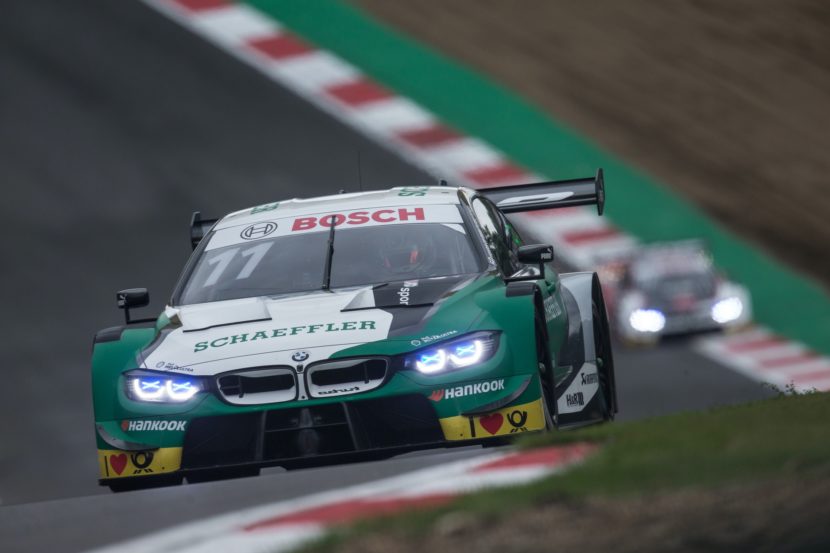 Joel Eriksson (SWE) was unable to start the race, due to a technical issue with the CATL BMW M4 DTM. The BMW Motorsport engineers and the team did all they could to solve the problem before the start of the race, but ultimately ran out of time

“That was really a superb race from Marco Wittmann. He put together a great lap in difficult conditions in qualifying to secure pole position. He then held his nerve after Paul di Resta took the lead thanks to a lightning-quick start. He decided early on to look after his tyres. After we decided to delay his pit stop a little, he drove fantastically on a clear track and opened up a lead, which he was able to defend comfortably through to the finish. He is gradually closing in on the leaders in the Drivers’ Championship. Philipp Eng and Sheldon van der Linde also put up a good fight and scored valuable points. Looking ahead to Sunday, it is now important to make more of our opportunities and score points with even more cars. I feel sorry for Joel Eriksson that he was unable to start today, however, we should be able to prepare his car optimally again for tomorrow.” 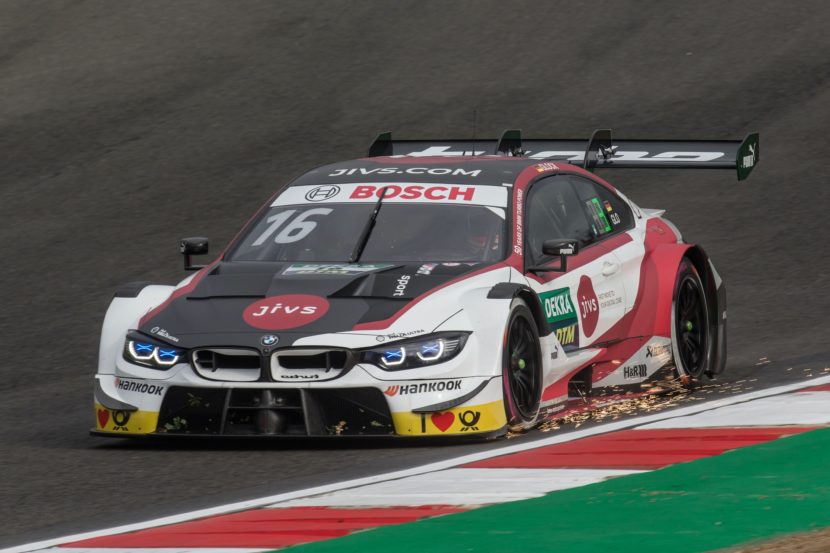 “We had a ridiculously good Marco in the car again. The unsettled weather made this morning’s qualifying very exciting. The guys all did a superb job. Unfortunately, Bruno Spengler and Timo Glock were a little unlucky at the start of the race. There was some contact, without which they would definitely both have had better results. The pit stops were perfect and the race strategy was spot on again. We want to be out in front again tomorrow – but with all three cars.” 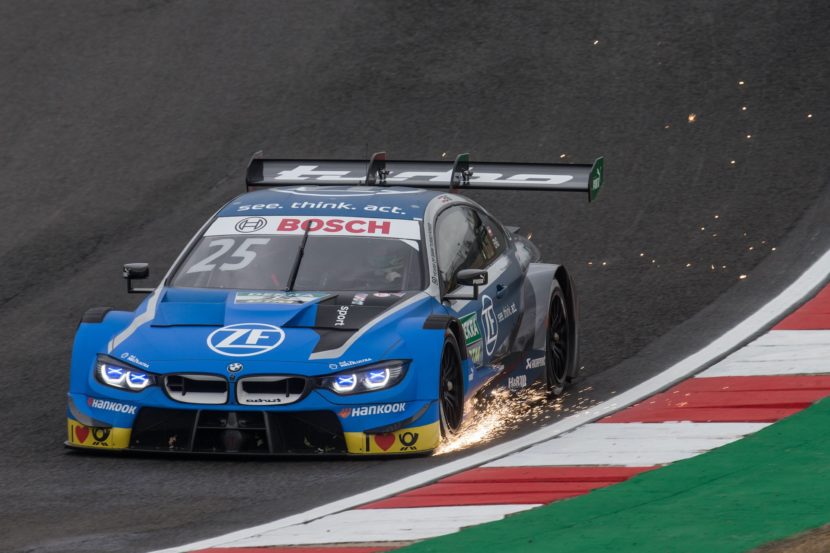 “That was another perfect Saturday for me. Pole, victory and maximum points – that is fantastic, and something of a rarity. Given the conditions, it was just a case of getting as much out of today as possible, as the track was both wet and dry in qualifying. It also started to drizzle shortly before the start of the race. However, we held our nerve and did the job correctly. We were able to open a lead, then maintain that lead and secure the win. I am overjoyed.”

“We struggled with the balance of the car a little in qualifying today. That cost me a lot of time. I had a similar problem in the race. That is what prevented me from finishing higher. Congratulations to Marco Wittmann. We are now hoping for a better day tomorrow.”

“What can I say? It is simply not meant to be. I actually had a good start, then I got shaken up from the left and right. My car was so badly damaged on the right side that there was nothing I could do from that point on. It is just frustrating at the moment that there is always something, and that it is just not coming together for us. We must hope again that we have a better day tomorrow.”

“Congratulations to Marco Wittmann. What a great result. We managed to get Philipp Eng into the top ten, which is not easy in the DTM. I’d like to thank the team for a good job and a strategy that paid dividends this time. Sheldon van der Linde had a good start position after qualifying, but the start was not so good. That resulted in us losing positions early on. However, that is part of the learning process. We must improve in this regard for tomorrow. It is obviously disappointing not to have been able to get Joel Eriksson on the grid. We have some work ahead of us. We must achieve better qualifying results with Philipp and do everything we can to ensure that Sheldon and Joel get back in the top ten, as that is where they belong.”

“We picked up some good points, but still lost ground in the Drivers’ Championship. I am very happy with the second half of the race, but not entirely happy with the first half. I didn’t really feel comfortable at first. Then I found a good rhythm. Our strategy was definitely the right one, and the second half of the race was superb. Congratulations to Marco Wittmann on the win. With pole position, that makes it maximum points for him today. I hope I can do the same thing tomorrow.”

“It is obviously a great shame that I couldn’t start the race, however these things happen in motor racing. It is now important to ensure the car is perfectly prepared for Sunday’s race; then we will go on the attack again.”

“It feels very good to be back in the points. Four points for eighth place is good. It has been a tough weekend so far, but qualifying went really well. I had never driven here before, and it is not an easy circuit. My start was not good, and I consequently dropped back to tenth place. However, I was able to fight my way back to eighth place. I am optimistic ahead of tomorrow, as the car is running well.”