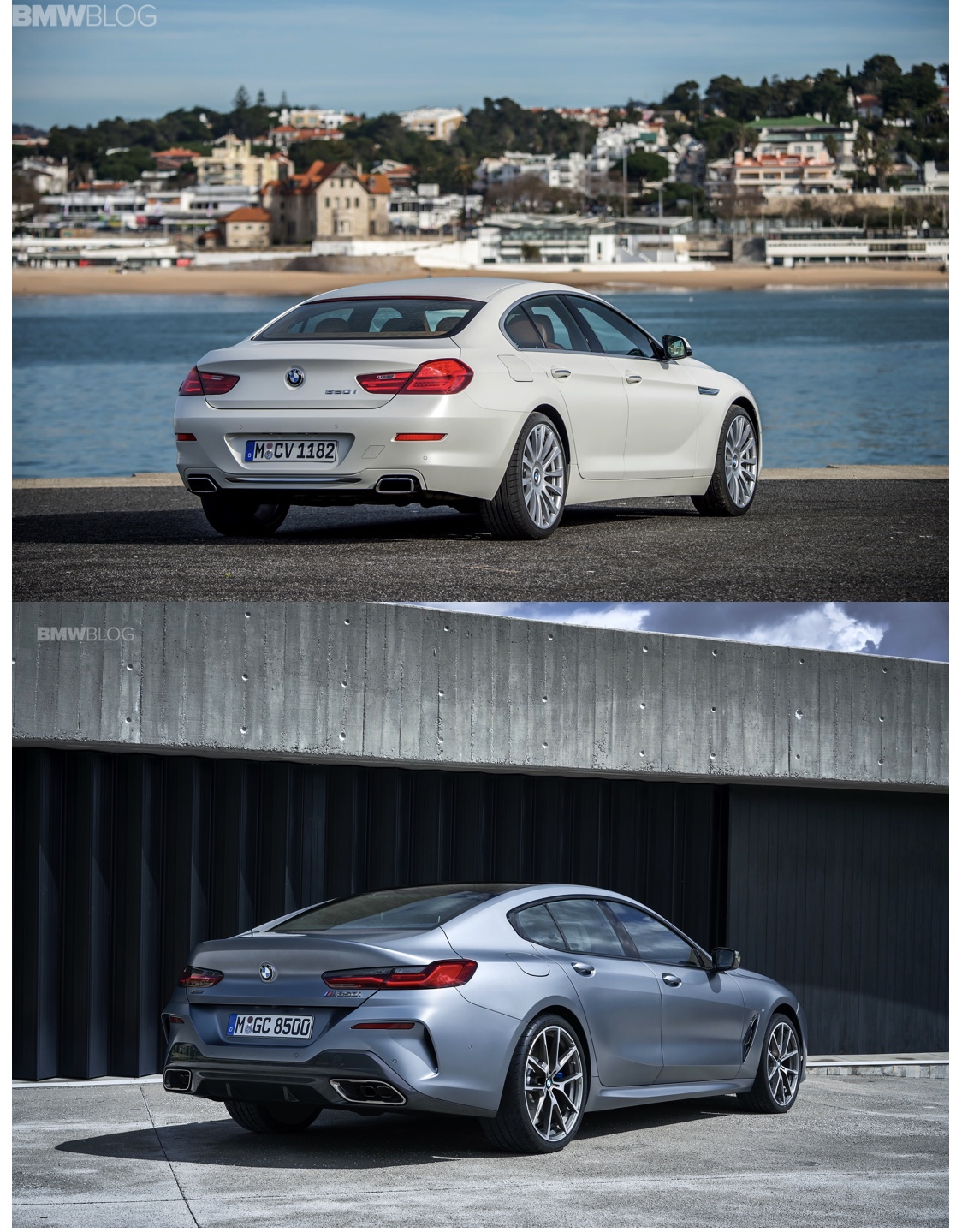 When the BMW 8 Series made its debut, it didn’t exactly replace the 6 Series. The 8er is more expensive and more premium, putting it at the top of BMW’s totem pole. However, it is the spiritual successor to the 6er, as it’s the big, sleek GT car that the 6 Series once was. Now, another 8 Series has effectively replaced another 6 Series.

The all-new BMW 8 Series Gran Coupe has effectively replaces the old BMW 6 Series Gran Coupe, even if the 8er is more luxurious and more upscale than the old 6er was. However, there are still some fans that miss the outgoing 6 Series GC, as it was one of the best looking cars BMW has ever made. While great to drive, the 6er GC’s greatest attribute was its style. So can the new 8 Series Gran Coupe take on its spiritual predecessor?

Well, it’s a bit of a mixed bag, honestly. From the front, the BMW 8 Series Gran Coupe is more exciting and a bit more brash, more in your face. Its monstrous Kidney Grilles and massive front air intakes are far more brash looking than the 6 Series’ tame face by comparison. The 6 Series Gran Coupe is the more handsome, calmer looking car of the two. Although, I think I’ve been spoiled by the stimulus of the 8 Series, as it’s where my eyes would rather go. Though, I can understand anyone’s preference for the old 6er.

In profile, though, I think the new 8 Series Gran Coupe has it all over the old car. It’s silhouette is more muscular, more athletic and more seductive. The 8er is curvier and more elegant while also looking sportier. Those muscular rear haunches and its built-in rear spoiler are killer designs that just elevate the 8 Series over the 6 Series.

Out back, both cars have nice looking rumps. However, the 8 Series’ is more exciting. Its more sculpted taillights that work their way up and around the spoiler are just too cool for the 6er’s far more simple lights. Again, the 6 Series still looks good from behind but the 8 Series Gran Coupe’s butt is just more interesting to look at.

Inside is where the 6 Series Gran Coupe makes its best case for itself. While it’s obviously far more dated than the 8 Series’, its funky dash design is still unique to the brand and is very visually interesting, more so than the 8er’s. Having said that, the 8er’s cabin is more premium and upscale and its seats are far better looking. Also, the back seats in the 8 Series Gran Coupe are nicer and look more special, whereas the 6er’s just look like the back seats of most other BMWs of its era. So as much as the 6er’s interior is still great looking, I think the 8 Series Gran Coupe gets the nod here, even if it’s just by a bit.