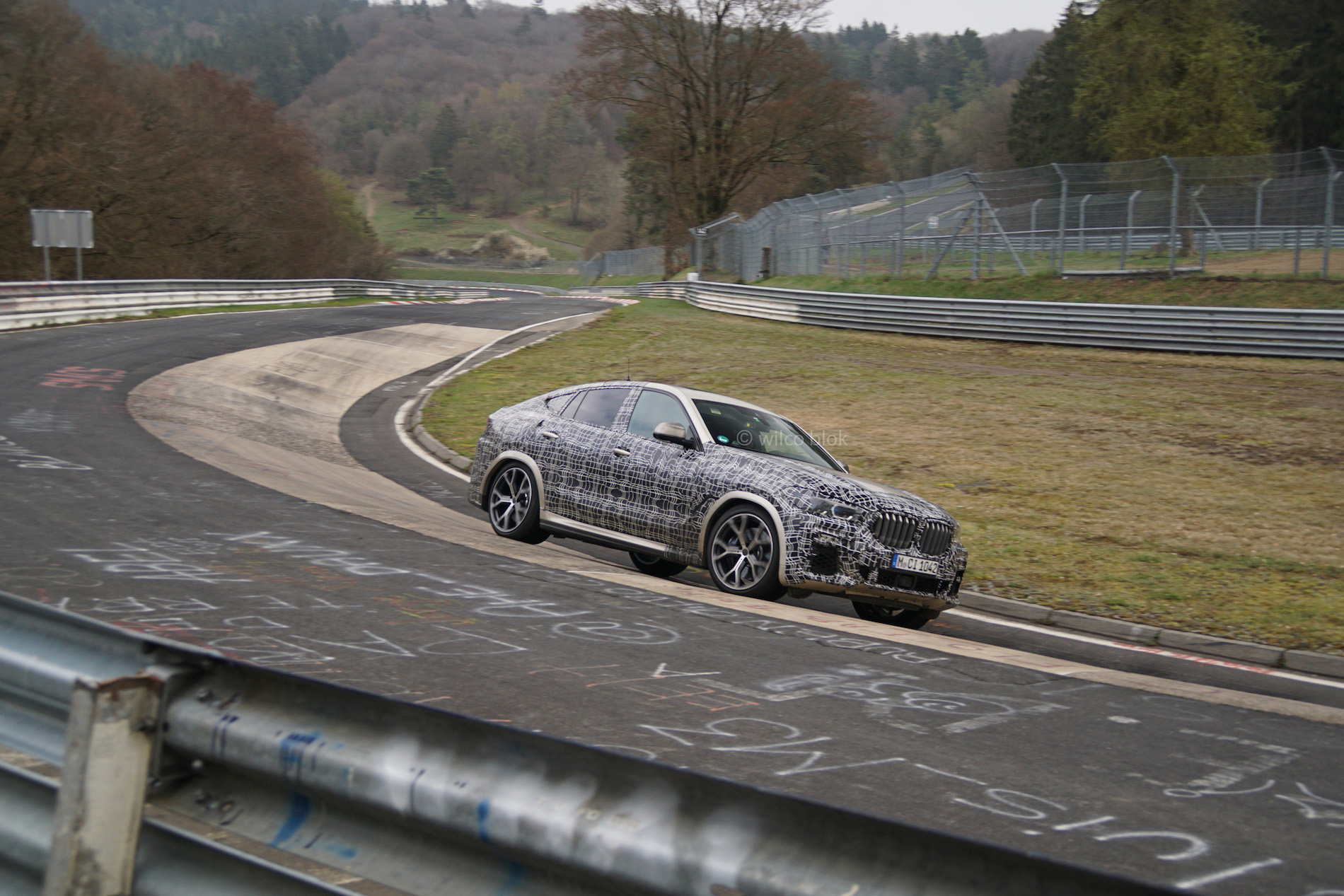 Despite an early leak, the forthcoming 2020 BMW X6 continues its testing trials with just a few months before its world debut. The third-generation of the popular Sports Activity Coupe will show its face sometimes in June 2019 and it’s schedule to go on sale later this year.

These new spy photos from the Nurburgring still show the X6 test mules wearing some heavy camo, but we expect very few surprises at launch time. The front-end will take its cues from the G05 X5 – similar to the previous generations – while the rear-end, as seen in the leaked images, it has its own character. 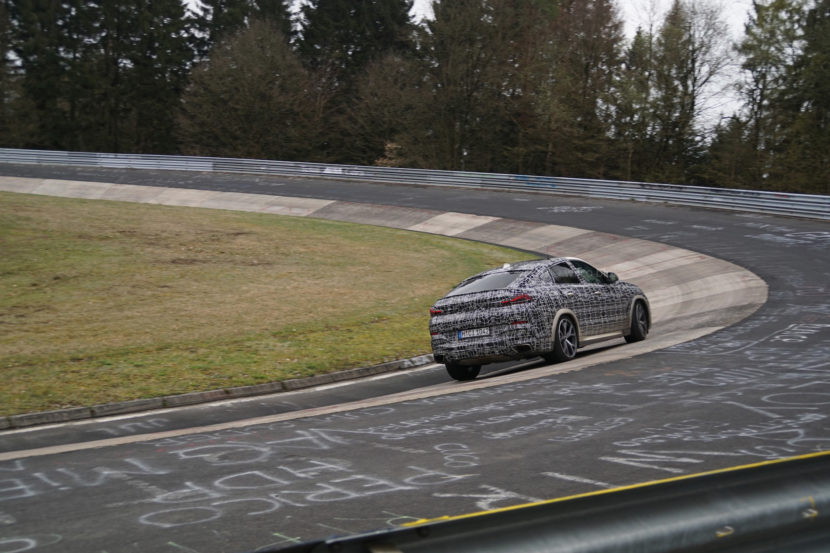 The taillights are slimmer than on the X5, resembling more those on the new 8 Series, and they have obviously been modified to fit its sloping rear end. Speaking of that sloping rear end, the roofline and rear end of this new X6 seem to be far smoother and less frumpy than the outgoing car. This seems to be the most elegant iteration of the BMW X6 we’ve seen thus far.

Inside there will be no surprises as well, with the cabin being nearly a replica of the G05 X5, including two large digital screens and the glass application package offered in its brother-SUV.

Engine wise, expect the same choices as on the X5. We’ll get a couple of petrol choices in the US, such as the xDrive40i and M50i models, while European will also get their beloved xDrive30d and M50d versions.