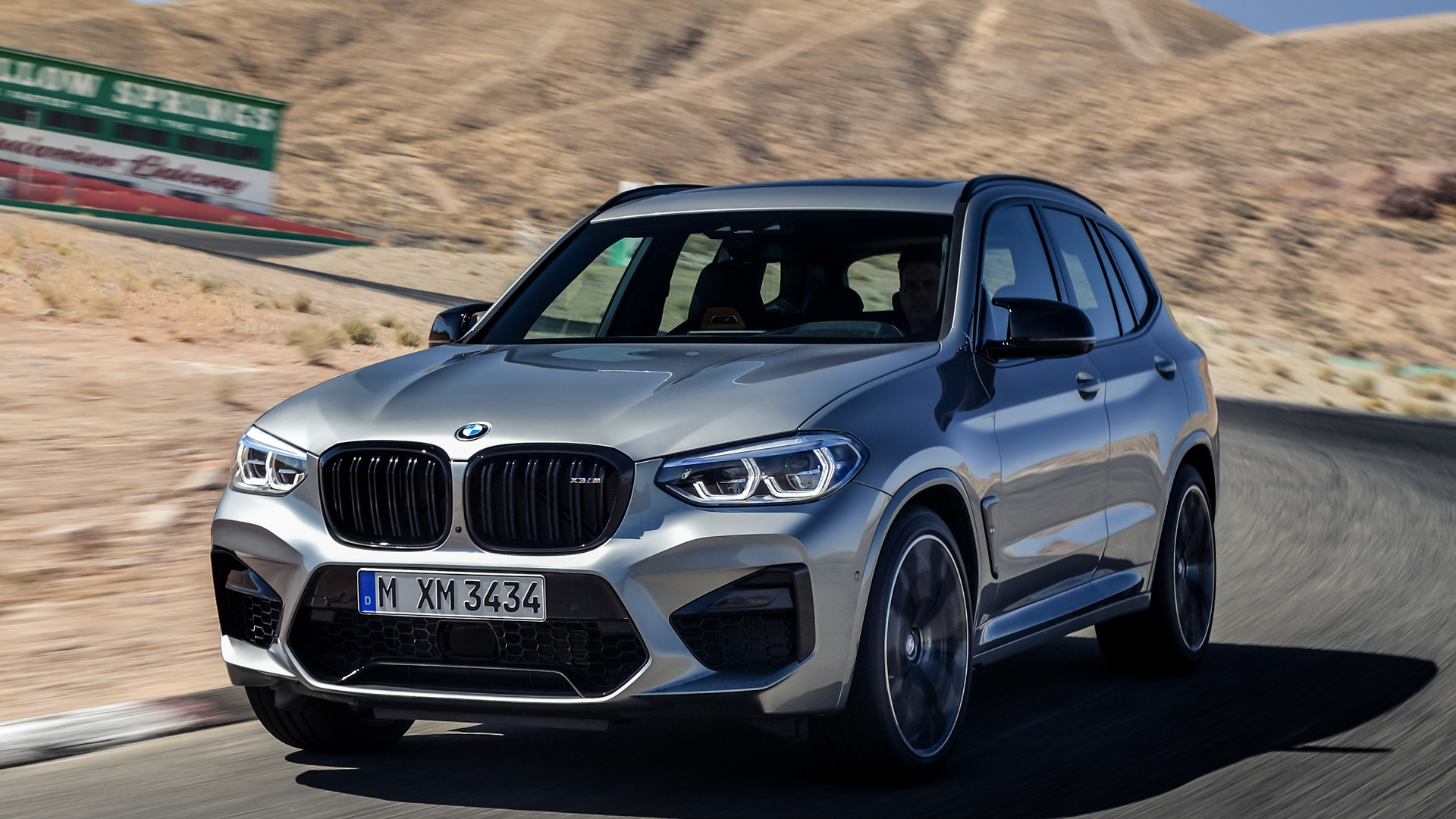 Now that the BMW X3 M Competition has been revealed, most enthusiasts are very impressed. It’s hard not to be, with 503 hp (510 PS) coming from its 3.0 liter twin-turbocharged I6 engine. It also has the goods to properly handle and — while I’m not at liberty to say why or how I know this — it’s astonishing. However, there’s also another extraordinarily impressive performance SUV in its segment, one that’s also quite beautiful. The Alfa Romeo Stelvio Quadrifoglio.

The Stelvio Quadrifoglio’s savagery is still imprinted onto my brain. I drove it last summer and it was the most violent SUV I’d ever been in. Ever. Nothing even comes close. It’s out of its freaking mind. Which is fantastic. It’s also quite good looking. There are some angles where it looks a bit odd but, overall, it’s very pretty. So how can this new BMW X3 M Competition stack up?

In terms of handling and dynamics, we can’t comment, as we’ve yet to drive the Bimmer. Though, we can comment on looks, interior and technology. So how do the two get on?

Up front, there’s no question, at least to these eyes, it’s the Alfa that’s the prettier car. Those pretty headlights, signature Alfa triangular grille and hood scoops make it look equal parts seductive and equal parts angry. It’s a real looker up front. While the BMW X3 M Competition is handsome enough but not so much pretty. It’s fine looking and doesn’t look bad but it just doesn’t captivate the way the Alfa does.

When looking at both cars in profile, it gets a bit tougher. It’s not that the Alfa is bad looking from the side, it’s just a bit bulbous toward the rear. While the BMW X3 M is more traditional and upright out back. It also has that killer roof spoiler that looks fantastic. The Alfa’s wheels are better and it’s a bit prettier overall but the X3 M does has some nicer bits. Still, it’s the Afla that has more presence, especially in person.

From the rear, the X3 M takes it. That roof spoiler combined with its quad exhausts looks dynamite and really makes the car seem sporty and aggressive. By contrast, the Alfa Romeo Stelvio Quadrifoglio is a bit bland and even a bit dumpy. It’s not too bad looking from behind but it’s not great, either. So the X3 M takes the win here.

On the inside, there’s no question, the BMW X3 M is the better car. It’s a shame, though, because the Alfa Romeo Stelvio has a very nice looking interior; it has a great steering wheel, cool looking gauges and wonderful looking seats. However, quality is lacking badly and its tech is pretty poor. While the BMW X3 M is pretty traditional BMW at this point but it’s handsome and filled with rich, high-quality materials. It also packs far superior technology, making it easier to live with.

So which one wins the photo comparison? That’s tough to answer because they both have their merits. However, if I had to choose between the two personally and could only choose based on looks, it’s the Alfa I’d have in my driveway. While it’s not a perfect design, it’s the more visually interesting one, the one that inspires the most excitement and, ultimately, the prettier car. The BMW X3 M isn’t far off, though. Sure, it’s a bit too serious but there are some really great aspects of its design and it’s very handsome. Still, it’d be the Alfa I took if style and design were my only deciding factors.