So the next-gen BMW 2 Series is gonna get a bit weird. There’s going to be two flavors of 2 Series, both Coupe and Gran Coupe, but they’re going to have different drivetrains. Which is a bit odd. So there’s going to be the 2 Series Coupe, which will be rear-wheel drive (and is internally known as the “Drift Machine”) and this, the 2 Series Gran Coupe, seen in these new spy photos. (We don’t own the photos but you can see them here)

Despite its two-door sibling’s rear-drive nature, the 2 Series Gran Coupe will be front-wheel drive-based and will be built off of BMW’s upcoming FAAR architecture. Though, xDrive will likely be available and often optioned.

We know for certain that this new 2 Series GC will power its front wheels by default, as we’ve heard it from our sources. However, if you don’t wanna just take our word for it, just look at these photos. 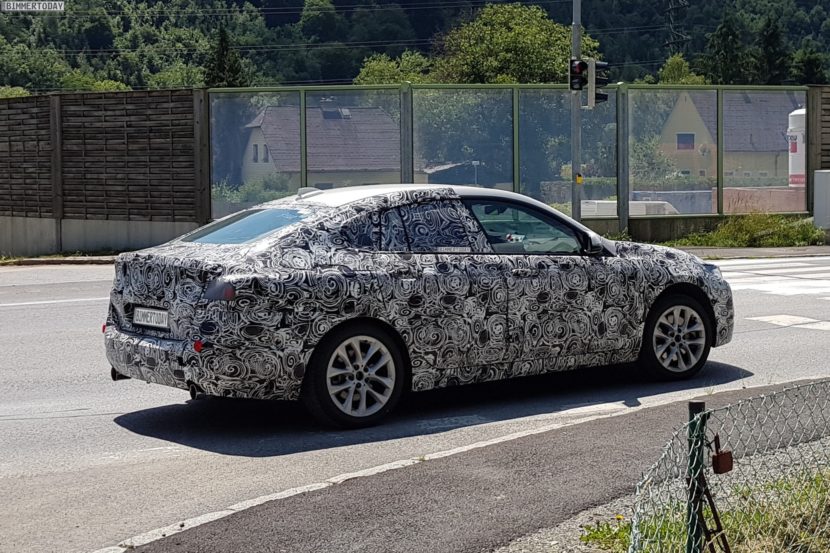 Aside from that, there isn’t a whole lot we can learn from this 2er test mule. It looks a bit tall and has a swoopy roofline, which would indicate its Gran Coupe nature. We can also see a Hofmeister Kink through the camo, which is nice to see. The taillights also seem to be rather slim. However, that’s about all we can see, as it’s really heavily covered in camouflage.

We are interested to see what becomes of the 2 Series Gran Coupe, though. Many enthusiasts are going to be upset by its front-drive nature but we’ve driven a lot of very fun front-wheel drive cars, some BMW’s included, so we’re not worried.