It’s rather obvious that BMW will be focusing on the technology of the new 3 Series at first, during its marketing efforts. That’s because until the car is actually offered to journalists to review and share their thoughts on its driving dynamics, the people in the marketing department will have to talk about things you can experience without driving the car. Therefore, the focus in the first months will be on things like the Intelligent Personal Assistant and various other technologies which look good on camera, as is the case in the official launch film.

This is the name for an introductory video BMW usually makes for every new model it launches. As usual, the focus here is on what technologies the 3Series brings to the table and there’s a lot to talk about here. Even the exterior design houses a couple of new tidbits you might not have noticed. For example, the new headlamps come in two varieties, depending on the lights you get. The Corona rings you see here are exclusive to the cars fitted with the laser light option. Those with more simple LED lights, come with a different design for the rings. 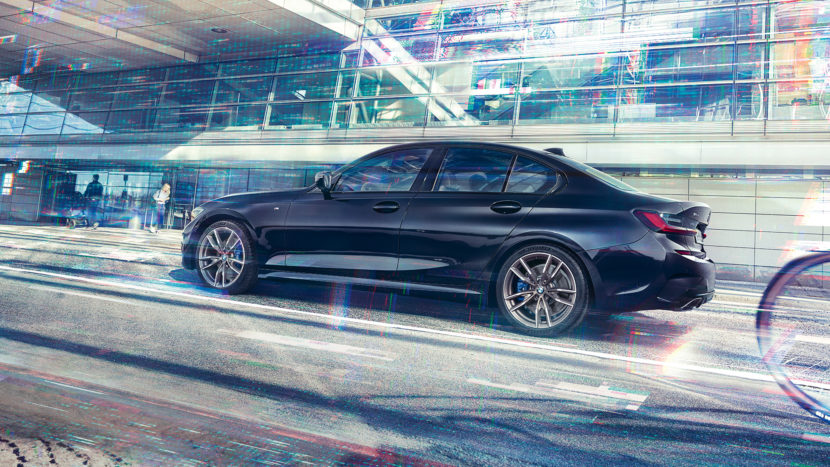 Inside the car you can get the new Professional Live Cockpit which brings a new instrument cluster and, more importantly, a new version of iDrive. If you don’t spec your car with this option though, you’re going to be stuck with the iDrive 6.0 version which for most might be sufficient. The new cockpit also allows you to get new assistance systems for your driving, from autonomous parking to the Reversing Assistant which will drive your car in reverse for up to 50 meters in case you don’t want to.

It will be a useful feature especially in Europe, where narrow streets sometimes have dead ends and simply no room to make a U-turn. Therefore, you end up backing up, having to navigate through parked cars on the sides and other obstacles. Alongside this new system you can have your 3 Series drive itself on the highway too, something you couldn’t get on the old F30 generation. More interesting tech features are also shown in the video below, which I suggest watching to get a better glimpse at what the new 3er brings to the table and how it can benefit you.