2018 DTM: 3 BMW drivers in the points at Zandvoort’s Sunday race 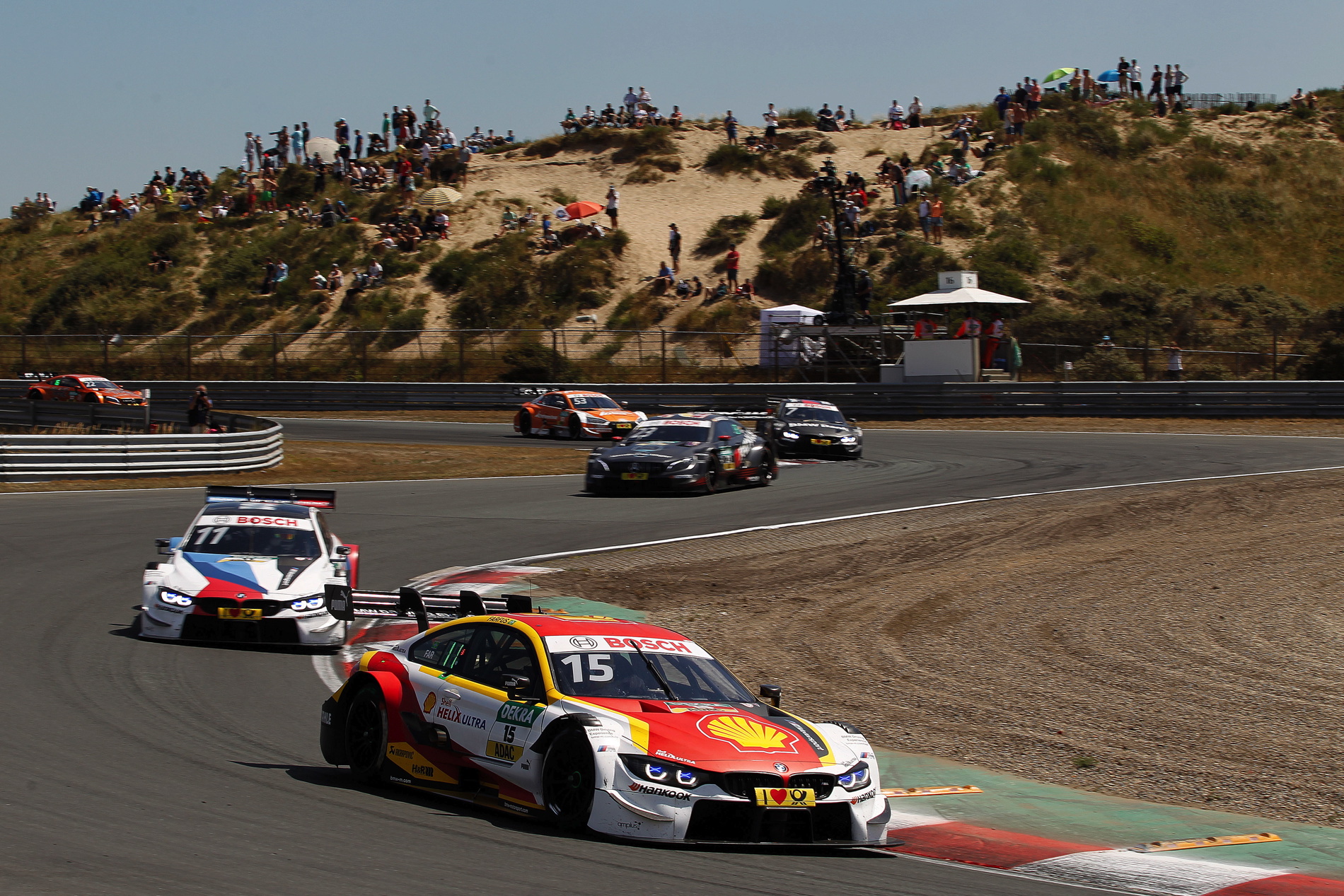 Numerous incidents, a safety car period and three BMW drivers in the points. An eventful Sunday race at Zandvoort (NED) brought the first half of the 2018 DTM season to a close. Philipp Eng (AUT), in the BMW Team RBM (RMR) SAMSUNG BMW M4 DTM, was the best-placed BMW driver in both qualifying, in second place, and in the race in fourth. He was followed by BMW Team RMG’s Augusto Farfus (BRA, Shell BMW M4 DTM) in fifth. Timo Glock (GER, DEUTSCHE POST BMW M4 DTM) was at the back of the field after the start, but worked his way up to 10th place. 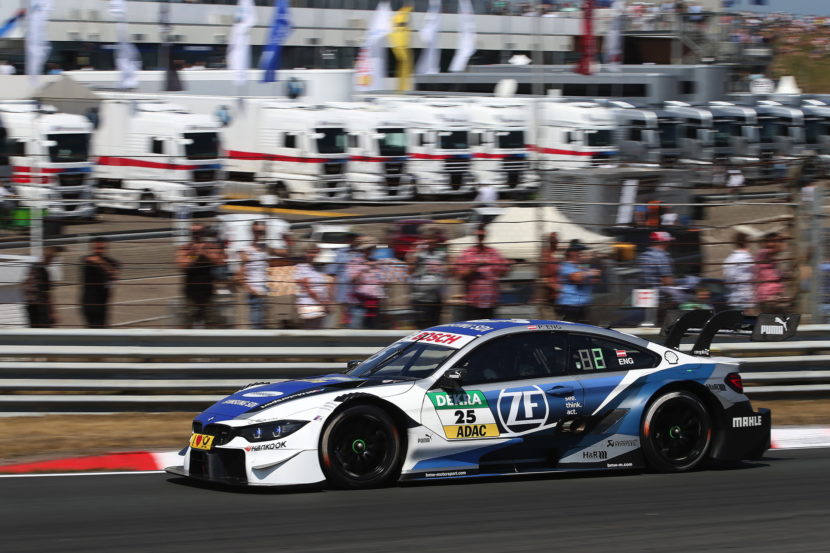 Joel Eriksson (SWE, BMW M4 DTM) in 11th narrowly missed out on the points. Bruno Spengler (CAN, BMW Bank M4 DTM) and Marco Wittmann (GER, BMW Driving Experience M4 DTM) got caught up in accidents through no fault of their own and had to make do with 13th and 17th places.

In the driver’s standings, Glock now has 101 points and, in third place, is the best-placed BMW driver. Mercedes driver Gary Paffett (GBR) is at the top of the table with 148 points. In the manufacturer’s standings, BMW is in second with 358 points, behind Mercedes (547) at the mid-point of the season. The next two DTM races are scheduled for 11th and 12th August at Brands Hatch (GBR). 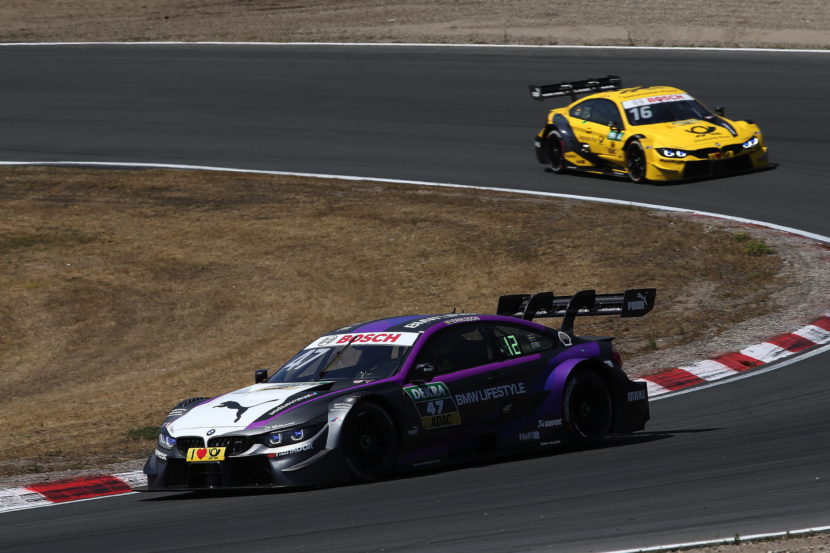 “Overall, we can be satisfied with this result here at Zandvoort. After qualifying, some of our drivers had difficult grid positions in the race. Incidents prevented Marco Wittmann and Bruno Spengler from picking up points. However, Philipp Eng and Augusto Farfus showed that we can keep up with the pace at the front. Timo Glock’s fighting spirit was rewarded with tenth place. We ended up scoring points with three cars. Congratulations to René Rast and Audi on the win.”

“It’s great that we got another good result with Augusto. This is how the second half of the season should continue. Qualifying didn’t go according to plan for Marco and Timo today. We had a good strategy for all three cars in the race, but then the incidents pushed us down the field. As usual we are looking ahead now. Everyone in the team did another good job here at Zandvoort.”

“I had a good start, and the first lap was okay. We were able to work our way up into the points from 12th on the grid, so despite the difficult starting position, we would definitely have been able to pick up points today. Unfortunately, Loic Duval pushed me into Edoardo Mortara’s car at the restart. I braked as hard as possible, but we got entangled. That resulted in a puncture for me.”

“We had a strong race today. We finally manage to find a good compromise with the balance. It’s a shame that I made a mistake in qualifying. Otherwise it might have been possible to finish further up the field in the race but I am happy with fifth place.”

“It really wasn’t our day today. The speed was good in qualifying but for whatever reason, we lost too much time in the final sector. That’s why we had to start from the back of the grid. The car went off at the start and then I followed the field, but with a good strategy, I was able to fight my way up. I avoided the incidents, so was at least able to pick up a point.”

“Firstly, congratulations to René Rast on his win. I think we had a good overall package with Philipp. It goes without saying that it would have been nice to finish on the podium. We will try again at Brands Hatch. The incident involving Bruno and Jamie Green was unfortunate. After Joel’s accident in free practice it wasn’t an easy race for him. Overall it wasn’t our brightest weekend, but we will give it our all again at Brands Hatch.”

“Qualifying with second on the grid was fantastic. Then after the safety car period in particular, the race pace was really good. The car was consistent and strong and I felt really comfortable. We can definitely build on this race pace.”

“Starting from seventh on the grid, more was definitely possible. Unfortunately, we lost a lot of ground at the start of the race. Then, being hit by Jamie Green and landing in the gravel did nothing to help. I’ll move past this race now and look ahead to Brands Hatch.

“It was a tough weekend for us. Unfortunately, our strategy didn’t really pay off today. Nevertheless, we were able to learn a great deal over the weekend. We will draw the right conclusions from this.”