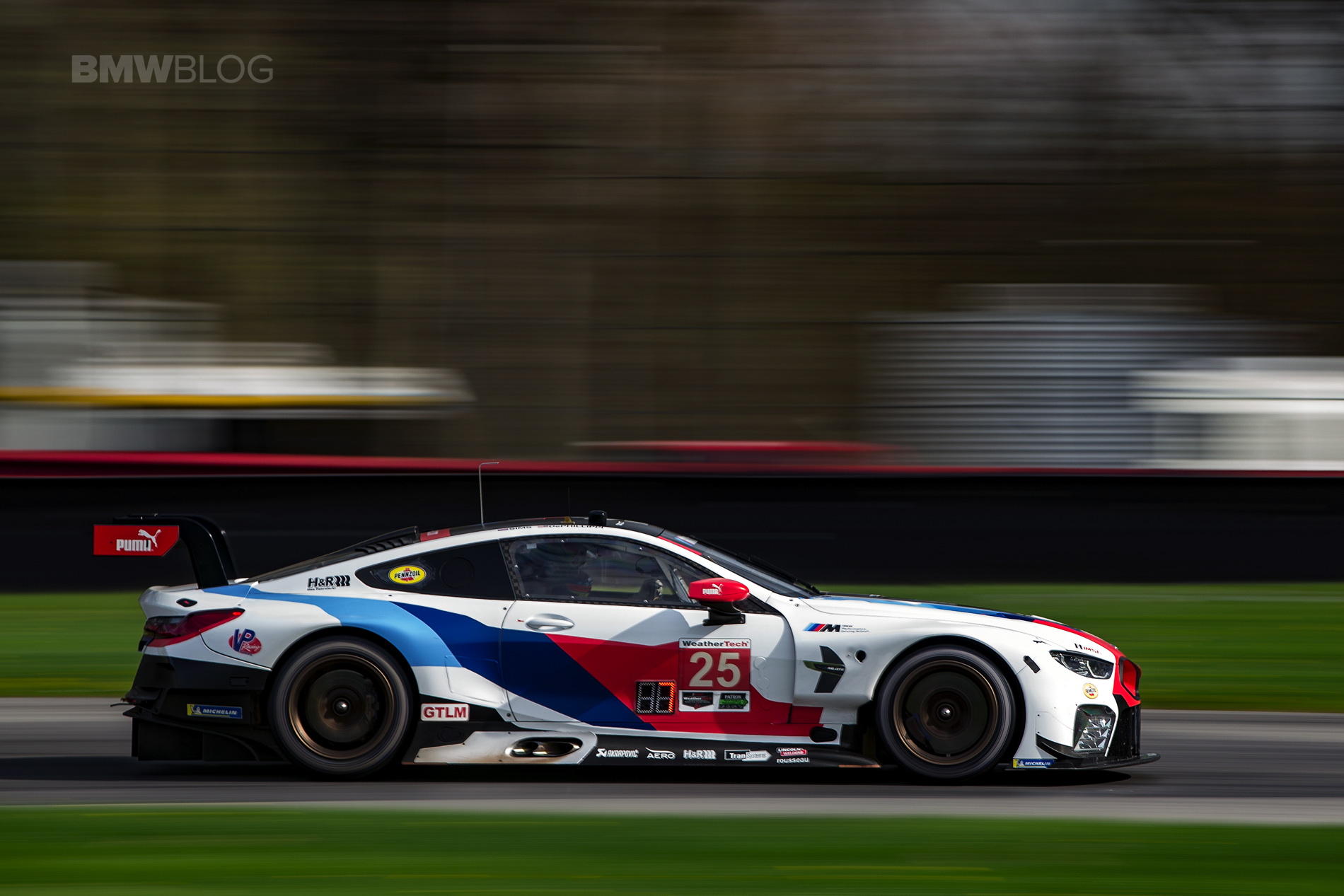 The No. 25 BMW M8 GTE of Connor De Phillippi and Alexander Sims raced to a well-deserved second place finish in today’s IMSA WeatherTech SportsCar Acura Sports Car Challenge at Mid-Ohio, taking the checkered flag 1.673 seconds behind the race winning No. 912 Porsche. The result was the team’s second runner-up finish of the season and the 70th podium finish since 2009. After starting from the pole, John Edwards and Jesse Krohn had an unfortunate race to finish seventh in the No. 24 M8 GTE. 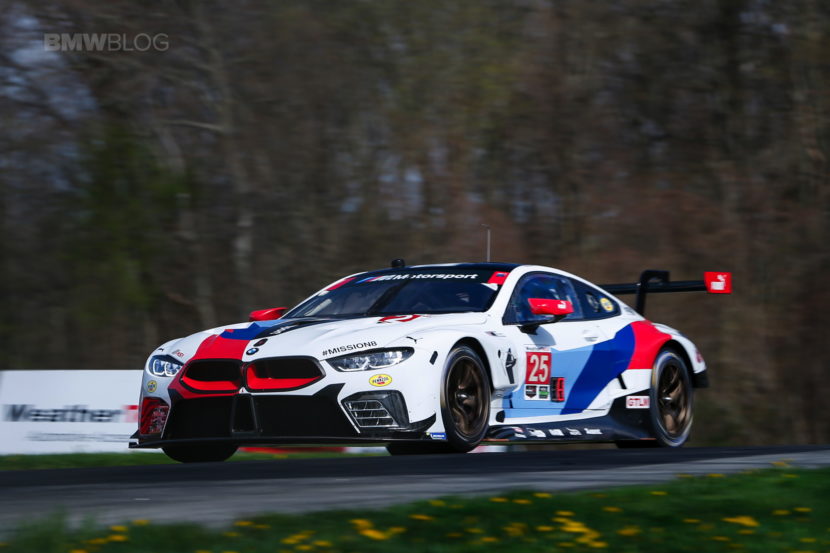 Just after the green flag waved Edwards, starting from the GTLM class pole, was pushed wide at the bottom of the esses by a Prototype car and the No. 24 M8 GTE fell back to the fifth position. Sims held third place in the No. 25 M8 GTE.

Edwards was the first BMW to pit on lap 36, just before the 50 minute mark in the race. He handed off to Krohn and the No. 24 M8 rejoined the race in eighth place after service for tires and fuel. Sims stayed out to inherit the lead on lap 42. The No. 25 M8 GTE pitted two laps later and Connor De Phillippi took over, reentering the race in sixth place with Krohn one position behind. Krohn was able to pass his teammate and at the race’s midpoint it was Krohn sixth in the No. 24 M8, De Phillippi seventh in the No. 25 M8. They switched positions before the second round of pit stops and Krohn was the first in for tires and fuel on lap 71. De Phillippi pitted 20 laps later after taking over the class lead on lap 75, the last GTLM car to make its second stop. Entering the pits with a 38 second lead, quick work by the crew for fuel and tires saw him reenter the race in second, 10 seconds behind the leader and 2 seconds ahead of third. De Phillippi raced hard, but smart in the closing stages of the two-hour-and-forty-minute race, ultimately finishing second – less than two seconds behind the winner. 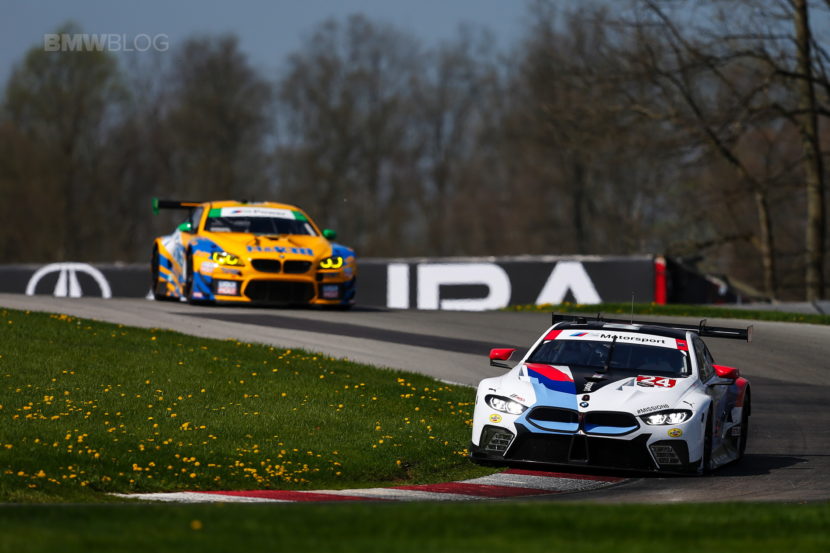 In the GTD class, Bill Auberlen and Dillon Machavern raced the No. 96 Turner Motorsports BMW M6 GT3 to a sixth place finish.

“For sure it was a good day for us,” said Bobby Rahal, Team Principal. “Connor and Alexander did a super job. We got bogged down in traffic and decided to run long with their car. Our second pit stop was faster because we did not have to put so much fuel in and we could put soft Michelin tires on. Everyone else had twenty more laps on their tires and I think that and the lighter fuel load is really what made the difference. Connor ended up in the seat and drove very well. I feel bad for John and Jesse. They got stuck in a fuel window and we really could not do too much with it. A shame really but after Long Beach where we were uncompetitive, it feels good.” 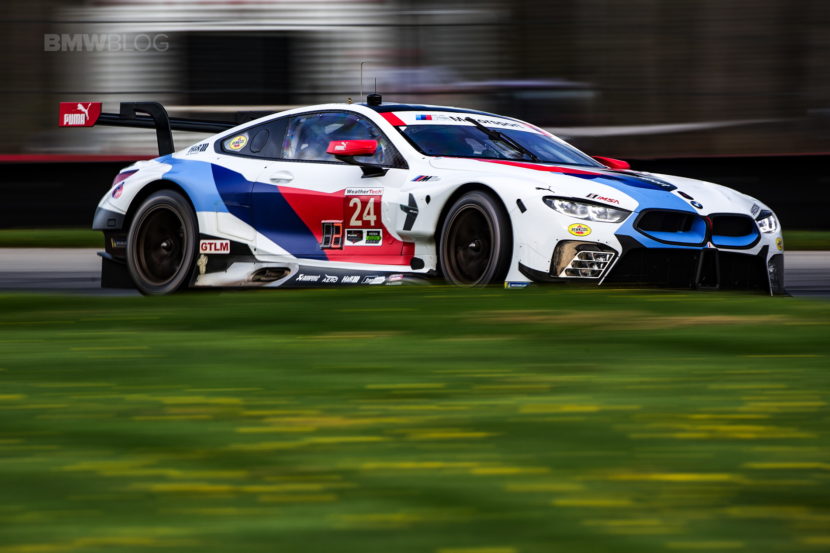 Connor De Phillippi, driver No. 25 BMW M8 GTE (P2): “Massive team effort for our home race. We were trying to get both cars on the podium and we got one there. We can be proud of that. We are learning more and more every weekend about getting the maximum out of the car. The car ran great today and we would have liked to get that first win but we will just need to work a little harder and run a better race at Watkins Glen.”

Alexander Sims, driver No. 25 BMW M8 GTE (P2): “That was quite an eventful race with a lot of mayhem near the front and unfortunately it really caught out the lead sister car when John got boxed out. Our pace was sensible after that and we were able to hold position. After the pit stop we dropped back to 5th which is a shame and that required us to go off of strategy and we took a big risk to go longer than everyone. Thankfully we were able to manage traffic well and Connor put in some good times. At one point in looked like a good result was gone but lovely to get back on the podium.”

John Edwards, driver No. 24 BMW M8 GTE (P7): “I was not so much pushed(off track) but there was a crash of prototype back-markers and I had to take evasive action so I ended up off track..”

Jesse Krohn, driver No. 24 BMW M8 GTE (P7): “Today wasn’t our day as we were pushed wide and off track. I don’t know exactly what happened but two prototypes collided and John had to go wide to avoid. We ended up not where we wanted to be and had to play catch up. Pitting early, we ended up in the back but luckily the other car pitted later which worked for them. We just needed a little bit more luck today.”

Following the traditional break in the series for competitors participating at the 24 Hours of Le Mans, the IMSA WeatherTech SportsCar Championship will restart at Watkins Glen International with the Sahlen’s Six Hours of The Glen on July 1. Follow BMW Team RLL on Twitter at @BMWUSARacing for “from-the-pit-box” updates all weekend. 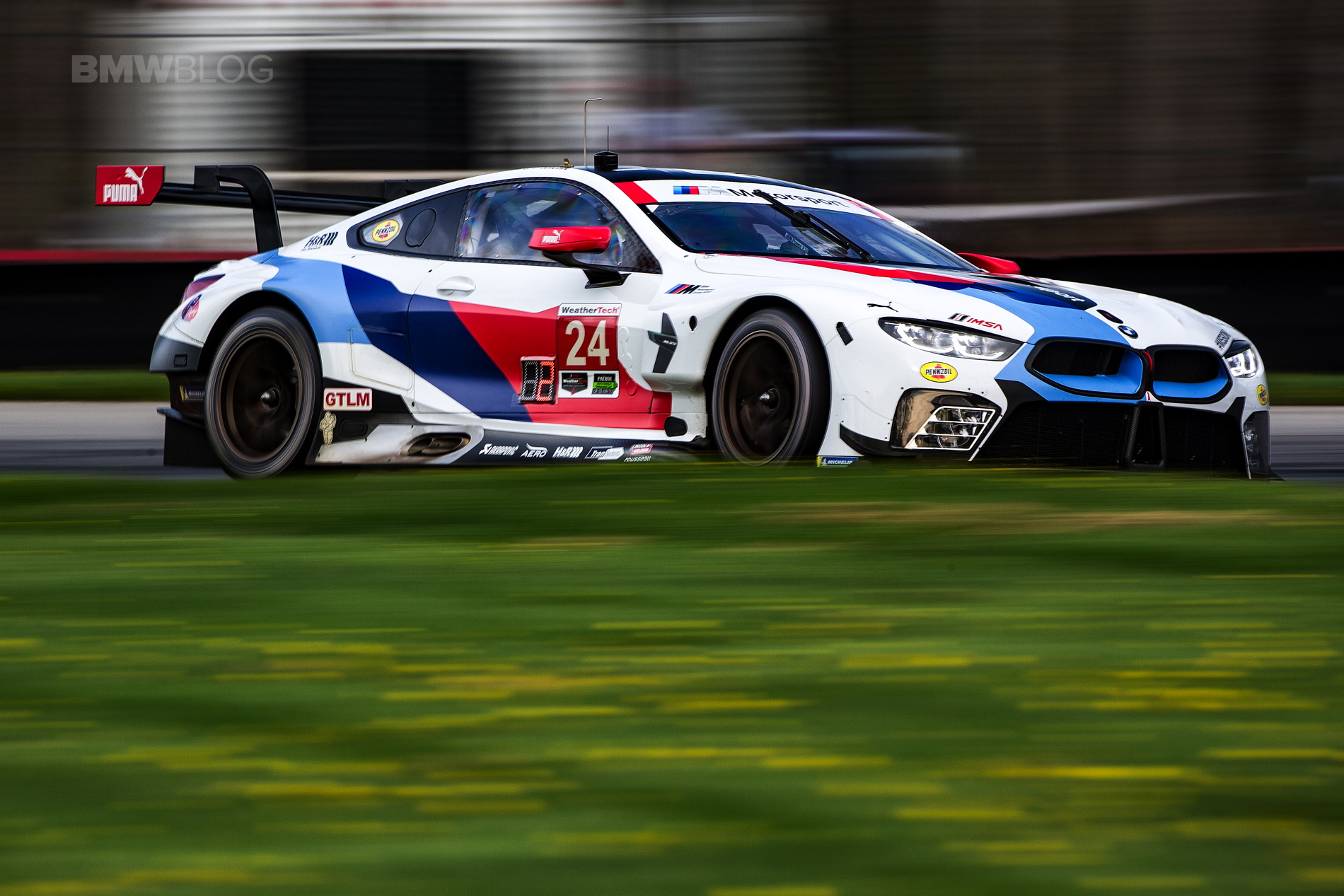 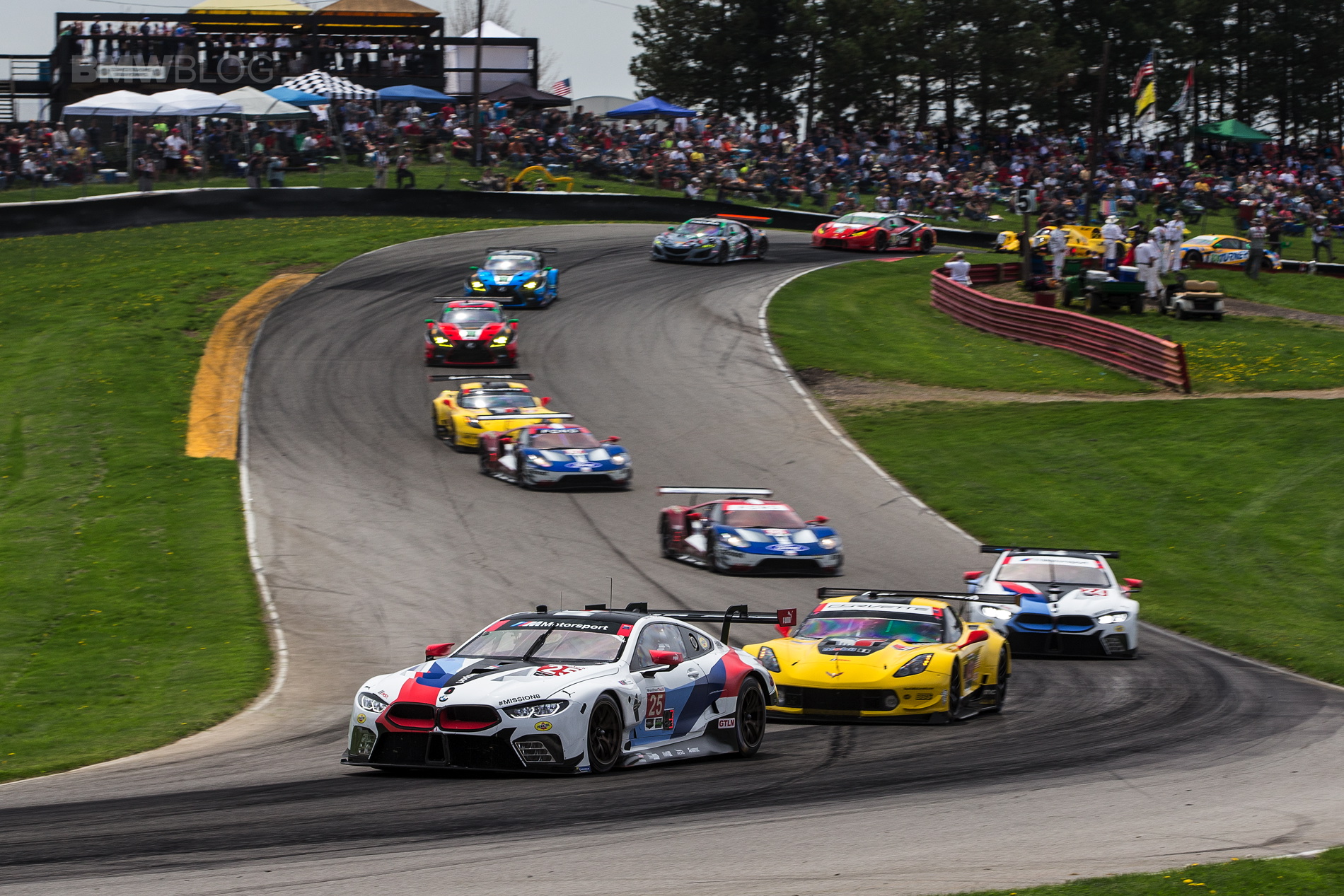 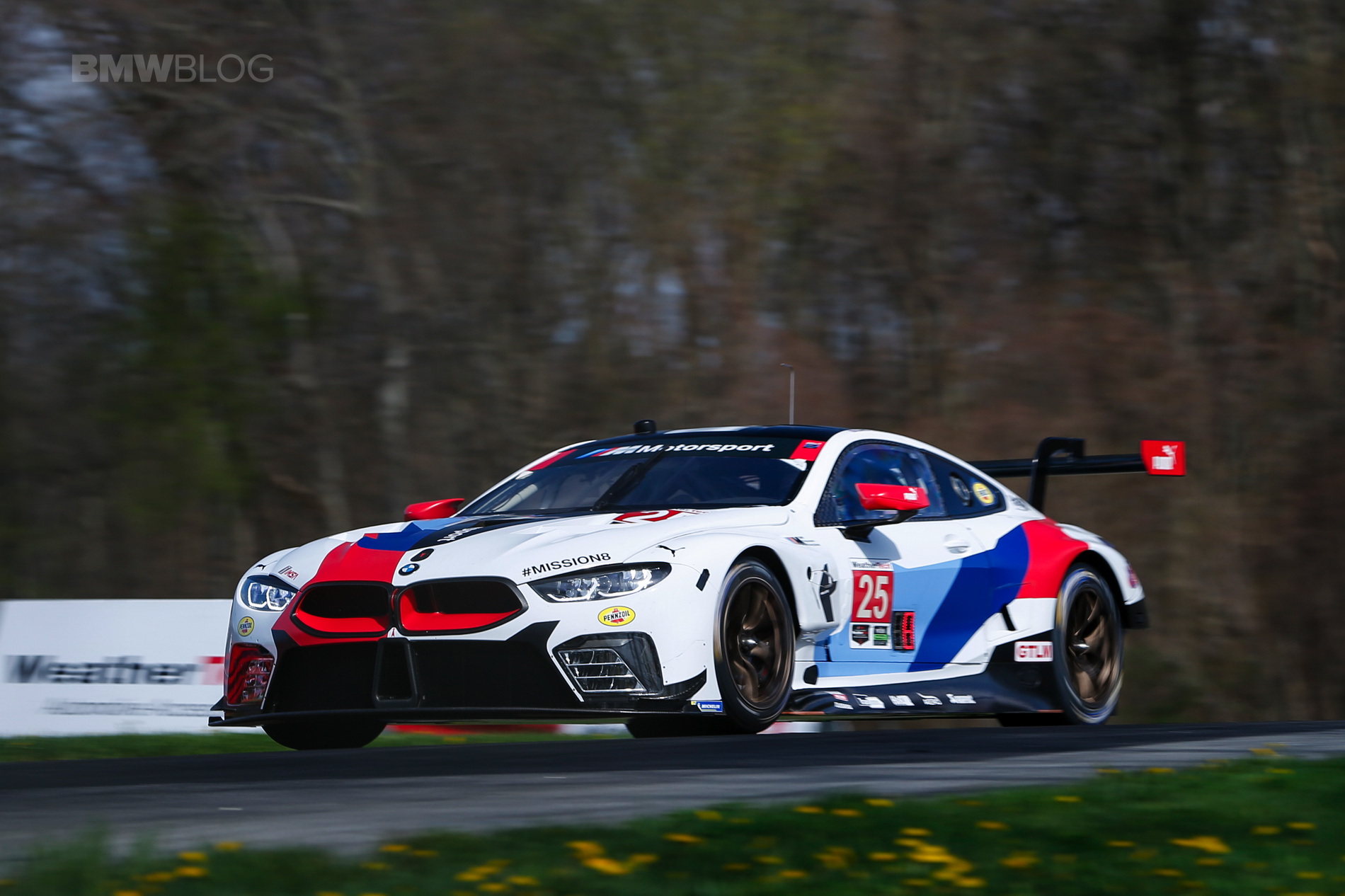 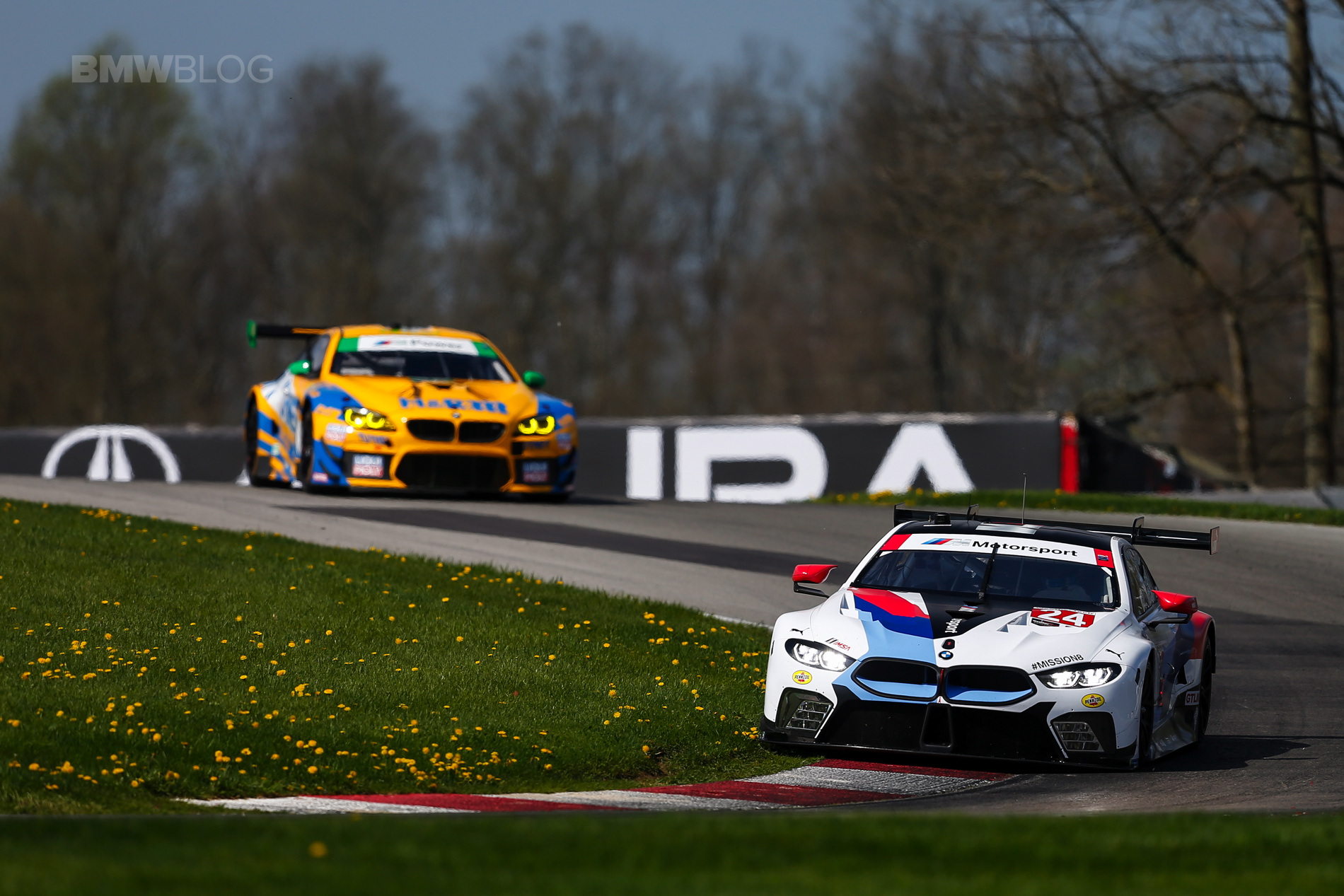 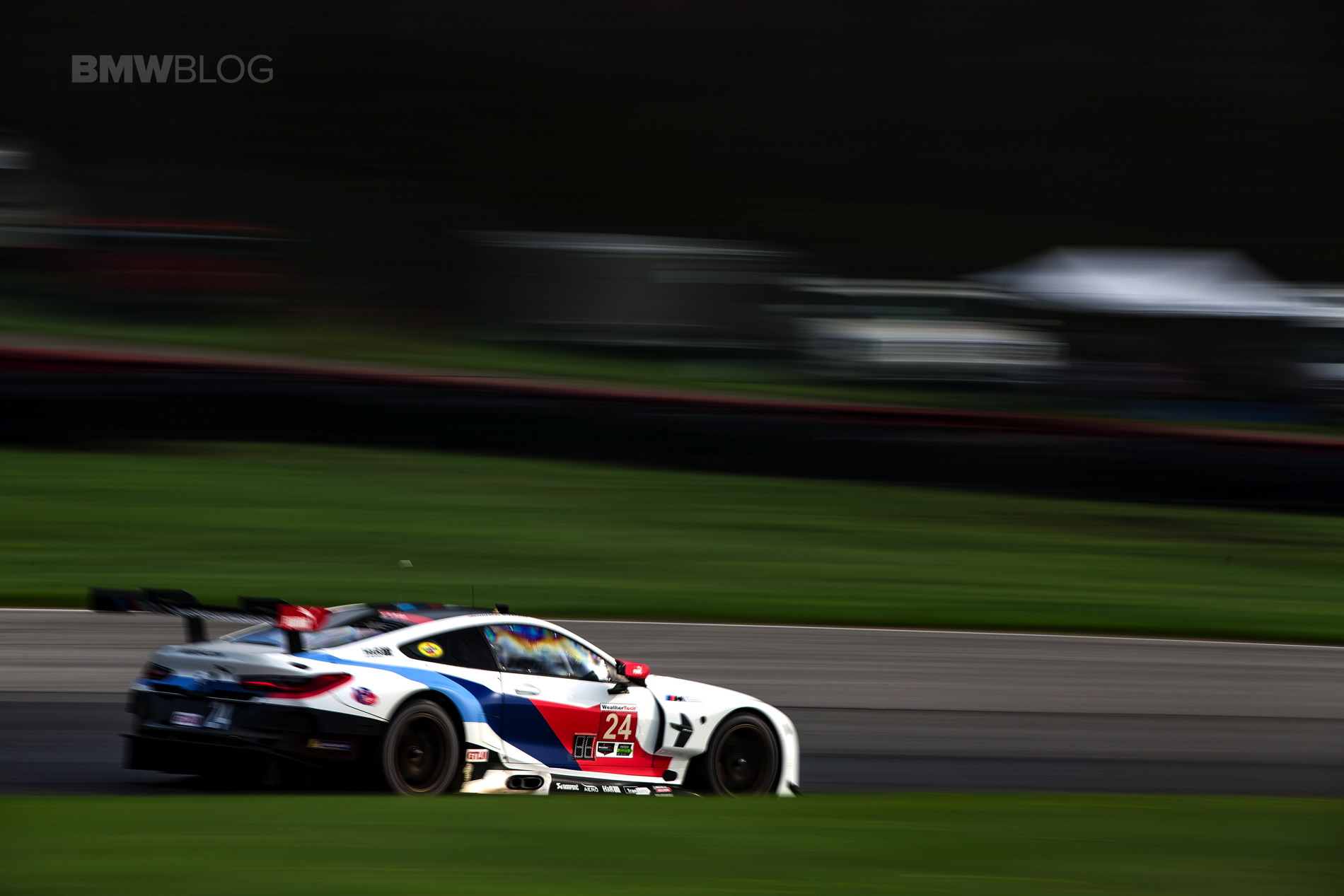