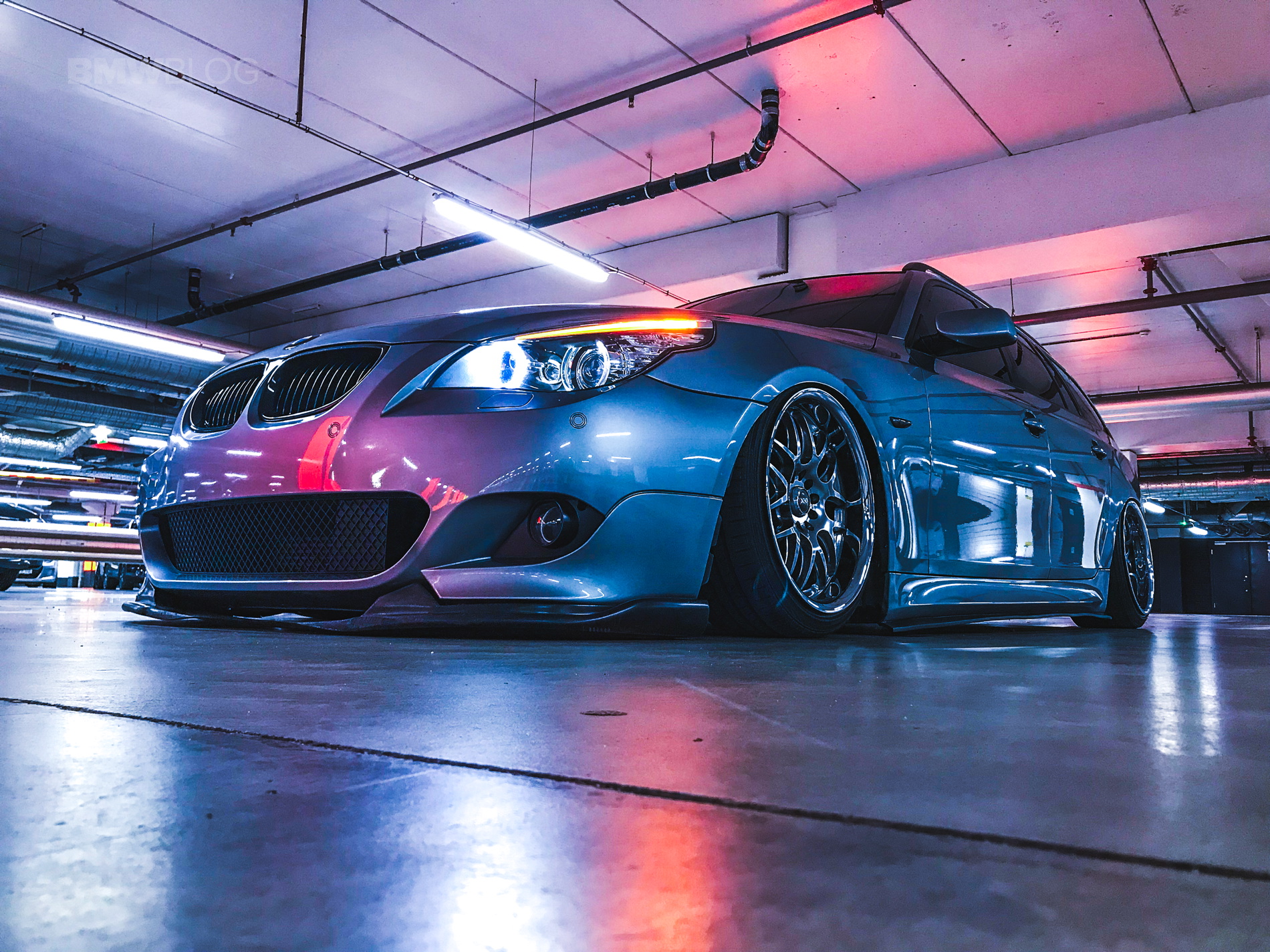 After hearing the words ‘bagged’ and “5 Series”, the last word you’re expecting to hear is “touring”, right? Now depending on how passionate and crazy the car community is where you live, you might not think much about that, but in Sweden, there’s only a handful of 5 Series Tourings that ride on air suspension.

So without any further ado, let’s just dive in at the most obvious. The suspension. And the first thing you should know is that it’s custom built. It features a pair of BC Racing coilovers with two over coil bags at the front and a pair of Bilstein shocks in the rear with air bags on the side. Albin usually runs the car with about 45 – 50 PSI in the bags and he controls the suspension with the Air Lift Performance 3P system.

There’s a special device that you get in order to lower or raise the car, but you can also do it via a phone app.

The wheels are XXR Wheels: 526. 18×9″ ET 10 at the front and 18×10.5″ ET 5 at the back. Add the suttle front lip and the side skirt extensions to the mix and that’s it in terms of mods from this car. But really, with that kind of a stance do you really need to add anything more?

Well, according to Albin, Yes, you can! And as with any car we’ve featured in this series, this one will also be very hard to recognize in the Spring, when the new season starts. There are already plans about making the car wider, deleting the door handles and some engines mods, since the car is pretty much stock in that department.

Oh and the new wheels have already been bought and well, I can tell you that they’re going to be quite a bit wider than the current ones and they fill feature negative ET, obviously.