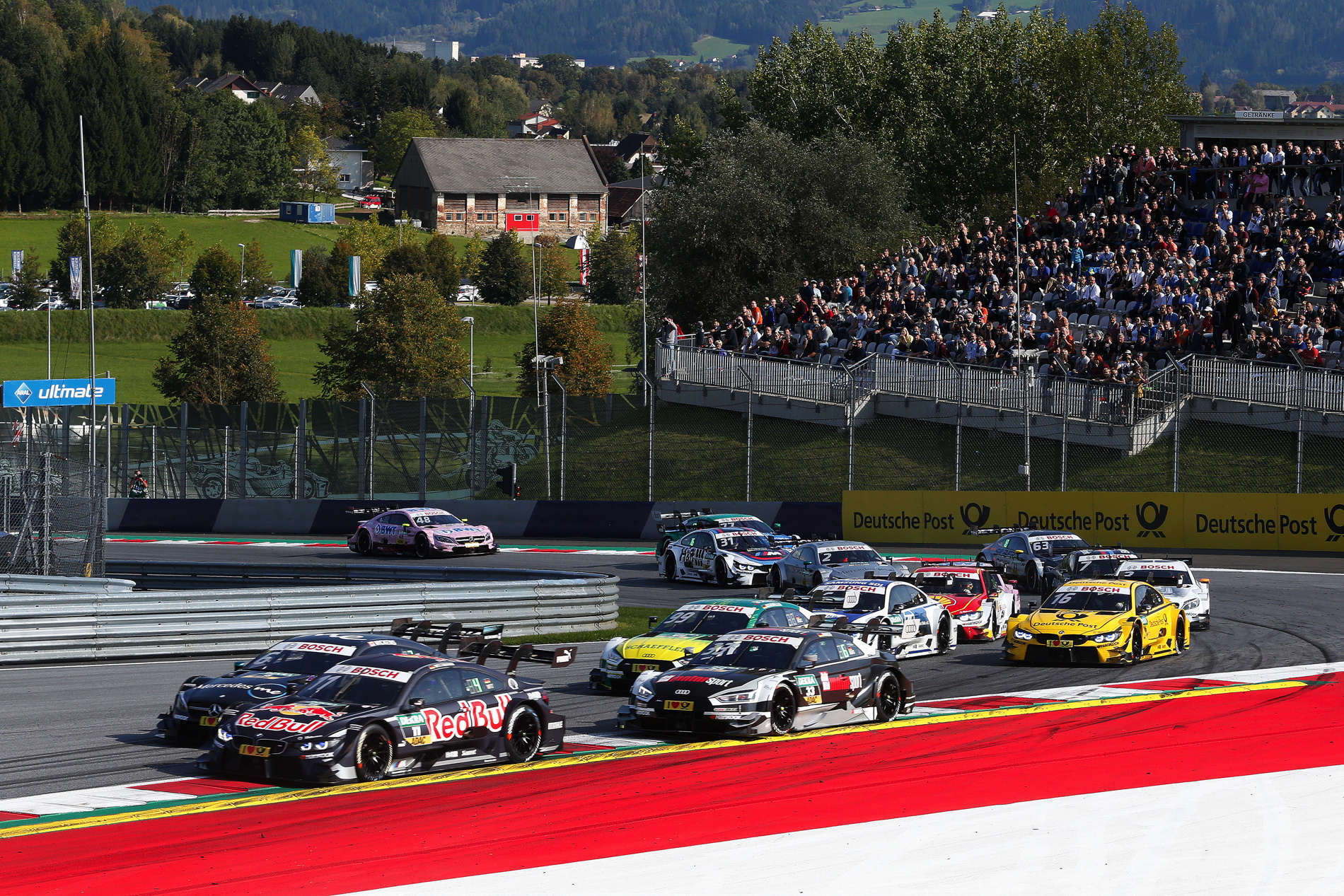 Race 15 of the DTM season saw three BMW M4 DTMs finish in the points at Spielberg (AUT) on Saturday. Marco Wittmann (GER) was the best-placed BMW driver, finishing fifth in the Red Bull BMW M4 DTM. He was followed over the line by Maxime Martin (BEL) in sixth. Timo Glock (GER) came home tenth at the Red Bull Ring to take the final place in the top ten. Bruno Spengler (CAN) was twelfth, Tom Blomqvist (GBR) 16th, and Augusto Farfus (BRA) was forced to retire with a damaged car. 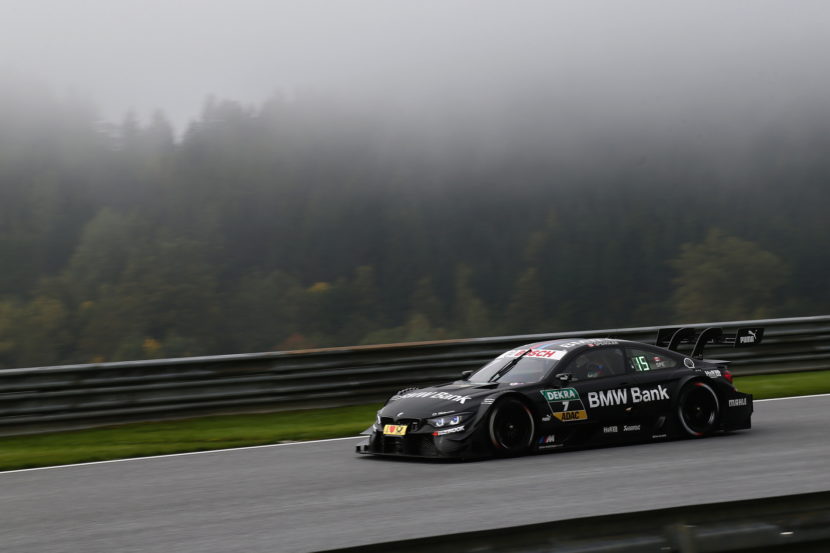 A tight battle for the lead saw Marco Wittmann lose one position and drop to fifth at the start. Augusto Farfus came off the track during his battle with Lucas Auer (AUT, Mercedes) and hit the gravel trap at high speed, causing his car to leave the ground. The Brazilian was initially able to continue the race at the back of the field, but subsequently had to return his car to the BMW Team RMG garage as it was too severely damaged to finish the race. Five of the six BMW drivers came in for their pit stops within the first eleven laps. Only Bruno Spengler stayed out for a longer first stint, opting not to come in for a tyre change until the 27th lap. Wittmann and Martin ultimately finished fifth and sixth. Glock was tenth, Spengler 12th, and Blomqvist 16th. 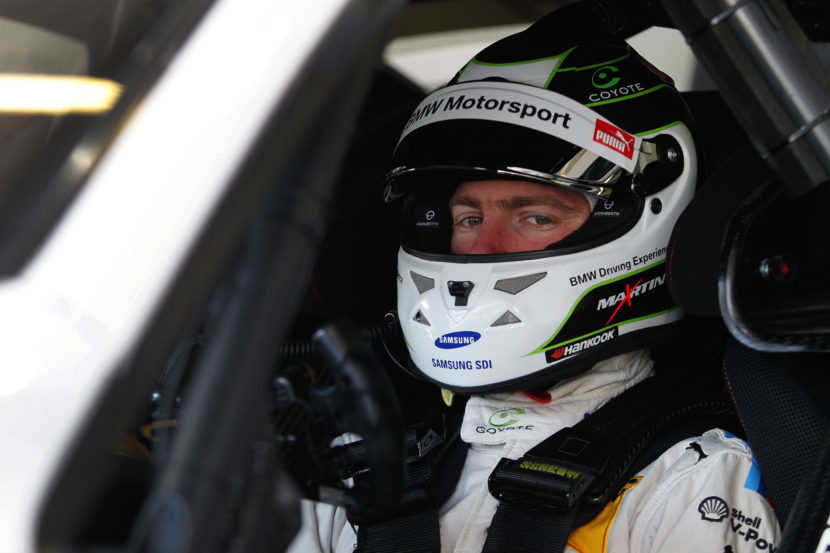 BMW Motorsport Director Jens Marquardt: “That was a tough race, in which we made the best of the situation today. We were definitely not able to match the pace of the three Audis out in front, but the entire field was relatively evenly matched behind the those three. You could see how difficult it was to overtake; nobody even managed to pass Robert Wickens in a damaged car. We will take the points for fifth, sixth and tenth and concentrate on preparing for tomorrow. We will push hard again.”

Stefan Reinhold (Team Principal, BMW Team RMG): “We had a mixed qualifying result, and were then unable to step it up in the race. We have to be happy with what we achieved. I will have to take another close look at the crash involving Augusto Farfus. In any case, we have a lot of work to do to repair his car. We will try to improve tomorrow. We must first get to the front of the field in qualifying, and then fight to defend our positions in the race.”

Marco Wittmann (#11, Red Bull BMW M4 DTM – Grid position: 4th place, race result: 5th place – 71 races, 8 wins, 18 podiums, 8 pole positions, 648 points, 2 drivers’ titles): “Fifth place is pretty much the best we could have hoped for today. I had a nice scrap with Robert Wickens. He was quick and had good traction, which made it extremely difficult to attack him, even with DRS. It did not work out in the end, but we have another chance tomorrow.”

Augusto Farfus (#15, Shell BMW M4 DTM – Grid position: 10th place, race result: retired – 81 races, 4 wins, 12 podiums, 6 pole positions, 374 points): “That was not our day. I had to swerve to avoid a collision right at the start. The ensuing trip into the gravel damaged my car so severely that we eventually had to retire. I am happy that nothing more serious happened in the incident. I was able to save a set of tyres today, so will attack again tomorrow.”

Timo Glock (#16, DEUTSCHE POST BMW M4 DTM – Grid position: 9th place, race result: 10th place – 71 races, 4 wins, 8 podiums, 3 pole positions, 322 points): “The start was okay. Unfortunately, I was on the wrong side in turns one and three, which resulted in me losing places. After that, we basically just drove around in a line for the rest of the race. There was no chance to overtake. In the end, we had to settle for one point.”

Bart Mampaey (Team Principal, BMW Team RBM): “We had a good race. It is not so easy to make up positions in this field and, as you could see, a few cars got in our way. However, we got on with our race, kept a cool head and fought hard. Our pit stops were very good and Maxime climbed two positions. We are happy with that.”

Bruno Spengler (#7, BMW Bank BMW M4 DTM – Grid position: 13th place, race result: 12th place – 154 races, 15 wins, 48 podiums, 18 pole positions, 832 points, 1 drivers’ title): “The race strategy was actually a good one. Maybe we could have stopped a little earlier but, on the whole, it was okay. It was very difficult to overtake and I had a whole train of cars in front of me. We could not do any better than twelfth, as you simply could not overtake.”

Tom Blomqvist (#31, BMW Driving Experience M4 DTM – Grid position: 16thplace, race result: 16th place – 51 races, 1 win, 5 podiums, 2 pole positions, 194 points): “That did not go particularly well for us. We stopped on lap one and pinned our hopes on a safety car. Unfortunately, that was not to be. We have to move on from that race and improve tomorrow.”

Maxime Martin (#36, SAMSUNG BMW M4 DTM – Grid position: 8th place, race result: 6th place – 61 races, 3 wins, 10 podiums, 3 pole positions, 341 points): “Sixth place is not too bad. We did as well as we could have hoped. Audi was simply very strong today. All in all, it was a good race for me. It was not easy, but I had a few great battles. I am happy with the result. We scored some good points.”