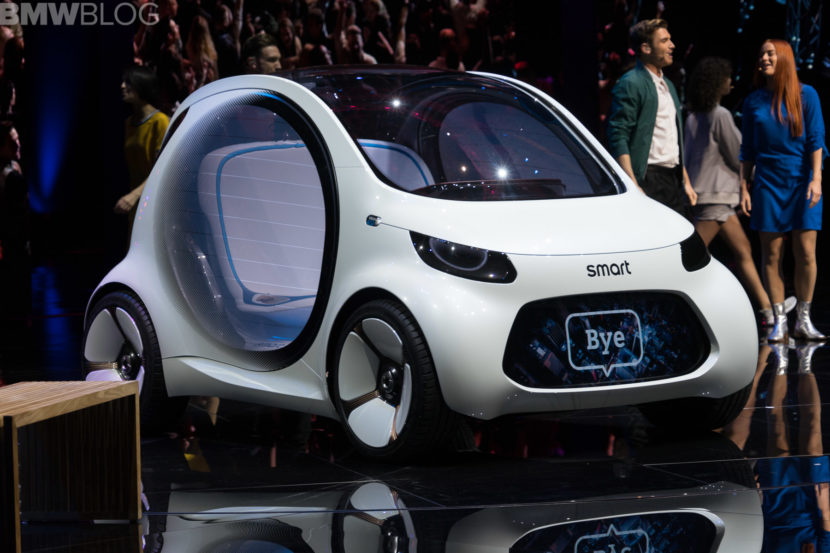 At the 2017 Frankfurt Motor Show, the automotive enthusiast community was sort of enveloped in the idea of automation and electrification. It seems that more and more brands are pushing the idea of having cars without any means of actually controlling them. In some sort of dystopian future where all cars drive themselves (yuck), we’re supposedly going to have a bunch of little robo-taxis ushering us around. Basically, we’re all going to become the fat guy at the end of Wall-E. Daimler showed off its vision of this with the Smart Vision EQ.

This new Smart concept shows off a new car seemingly designed solely for Lyft and Uber. It’s a tiny little hatchback, in the traditional Smart way, but one completely devoid of traditional automotive controls. So it lacks pedals, a steering wheel or any way for passengers to actually control what’s going on. Instead, there’s just a massive touchscreen that shows the occupants’ faces, the map and their destination. Though, there is a very tempting “Pull Here” lever on the floor in front of the passengers that I really, really wanna pull. 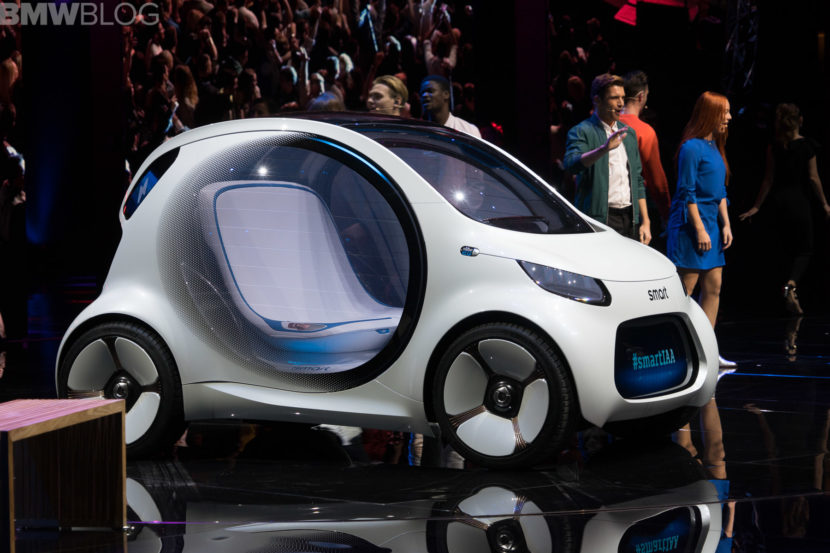 Basically, this is Daimler’s idea of a city taxi and not some sort of revolutionary EV car of consumers. “The basic idea is that cars should make use of themselves in the city,” said Dieter Zetsche, chairman of Daimler AG’s Board of Management and owner of the most wicked mustache on Earth.

It’s not unlike many other robo-taxi autonomous concepts we’ve seen before, where the cabin is personalize to each passenger. Essentially, the car connects with your smart devices and creates a profile based on your preferences. So if you like certain music or video games, it can change its cabin accordingly. This is create a sense of personalization in a vehicle that is going to be used by thousand of different people. 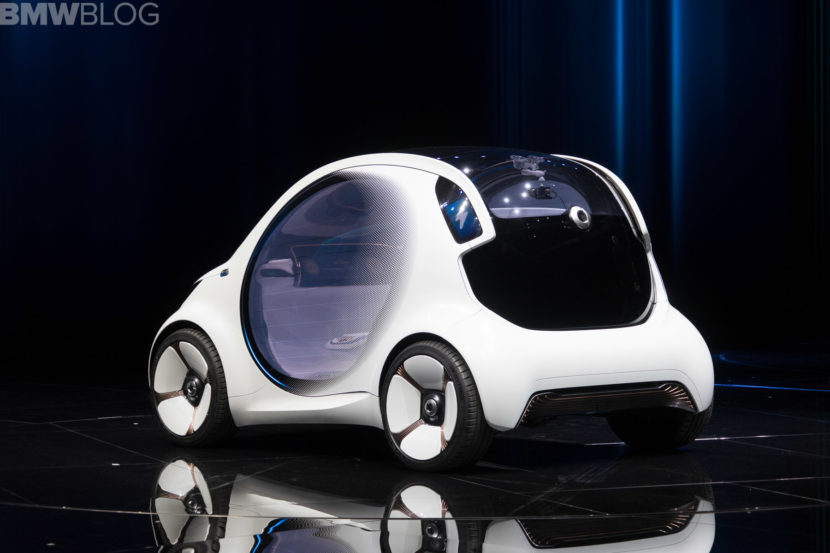 On the outside, it looks like a Smart car that was designed to start in iRobot. The doors are almost entirely transparent, bringing massive amounts of light into the cabin and likely providing a sense of space in a rather small car. The “grille” is actually a screen that’s sort of a really advance bus ticker. So rather than just say “Next Stop – Cleveland”, it says the name of the person awaiting its arrival and shows their photo, or it can say “On my way” or various other things. It can also mimick the grille of a standard Smart.

This Smart Vision EQ is kind of fun in a weird sort of way and cars like this will almost certainly help aid congestion in major cities. Despite car enthusiasts hating anything that lacks controls, this is a interesting little car and we’d be interested in experiencing such a thing in the real world.