Tesla stays on the sideline of Formula E

Home » Tesla stays on the sideline of Formula E

Mercedes-Benz is the latest premium automaker to announce their participation in the eco-friendly Formula E Championship. The electric cars racing will include BMW and Audi in 2018, followed a year later by Mercedes. Audi has recently announced their deal with Team Abt, already backed by Audi, which will be renamed Audi Sport Abt Schaeffler for the 2017/2018 Formula E season. Just a few days later, BMW announced also their participation in the next ePrix season, with cars equipped with a completely newly-developed BMW drivetrain, and run by the Andretti Formula E team as BMW’s works entry in the series. 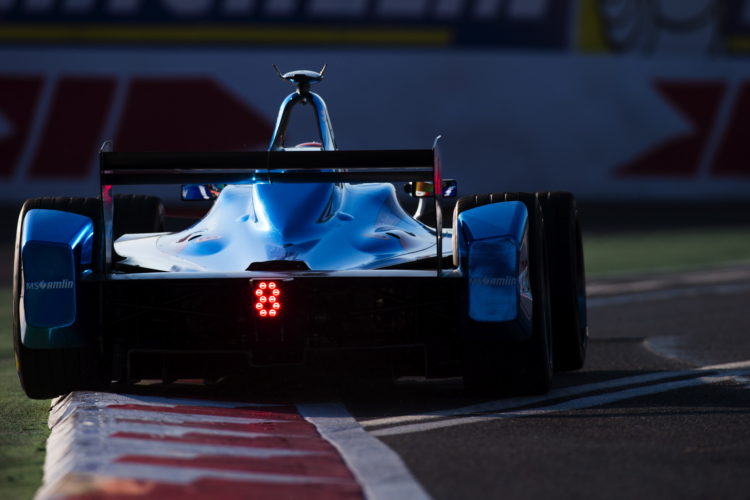 With Mercedes now on board, all 3 of Germany’s main premium automakers have now secured spots in the all-electric racing championship as the ePrix becomes more interesting. Compared to current season, in the next ePrix phase, teams will be allowed to modify the electric motors, inverter, and transmission, essentially allowing them to transfer some of their road technology to the track. Approved manufacturers with teams in the 2018-2019 season will be able to tweak their vehicles and it will not be only about the drivers and race management anymore.

The one automaker yet to announce any electric racing plans is Tesla, the California-based automaker who focuses exclusively on electric vehicles and zero emissions. But a recent tweet by Formula One Champion Nico Rosberg might hint at a future racing plan for Tesla.

The company is currently heavily invested in the launch of the new Model 3, yet one can only wonder if their involvement in Formula E will spark further interest in the electric car brand. For now, you can read our own report of the Formula E race in New York City.