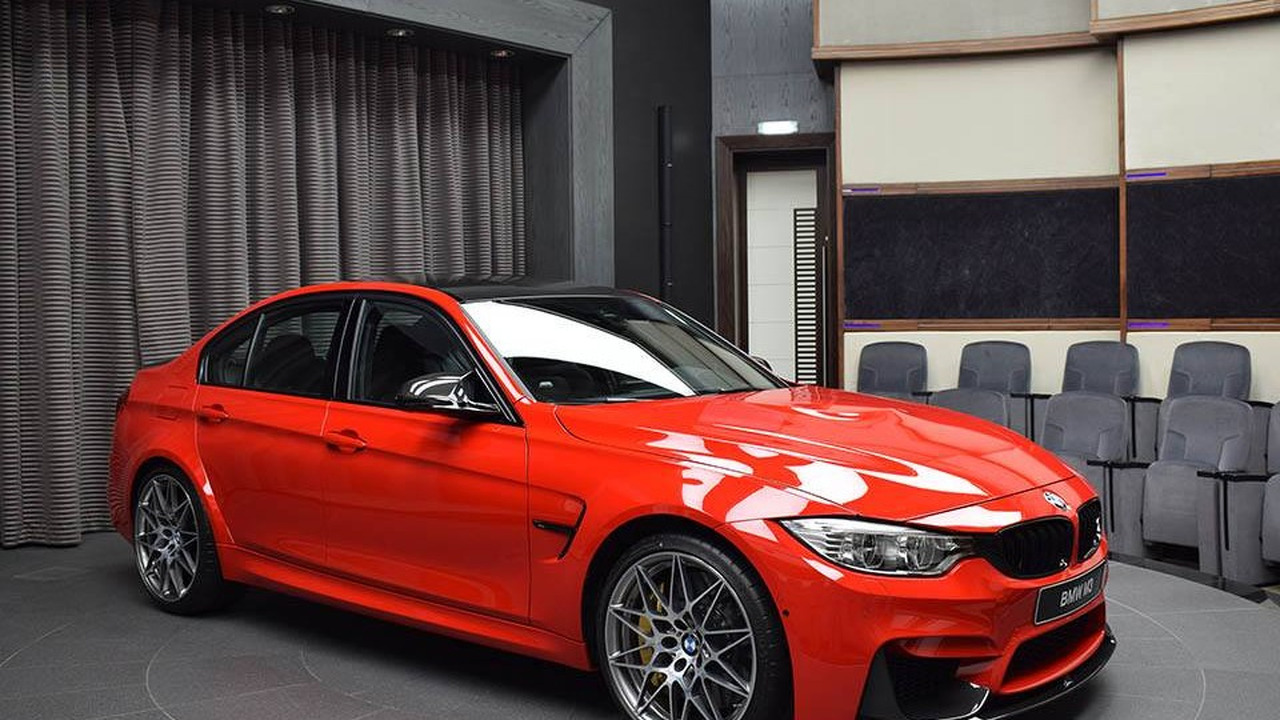 DriveTribe has been comparing the three best sport sedans against each other in a variety of different tests. So the BMW M3 Competition Package, the Alfa Romeo Giulia Quadrifoglio and the Mercedes-AMG C63 S have been doing battle in a drag race, then a lap time battle and now a track battle to see which is the most fun.

All three of these cars are brilliant in their own way. In the drag race, DriveTribe gave the Mercedes-AMG the win, as it was the fastest car outright to 150 mph. Though, the Alfa was faster than the AMG on shorter distances. In the lap time battle, the BMW M3 was the fastest car of the three around Angelsey. Now, these three cars are put around the track to see which is the best to drive. Forget lap times, forget measurable figures, just plain old fun.

The Alfa Romeo Giulia goes first and it’s genuinely good to drive. There was a lot of fear before the Alfa came out that it wouldn’t be any good to drive. Fear that it would be pretty and fast but would fall apart when the twisty stuff came. However, that’s not the case. The Alfa is brilliant fun to drive and it’s extremely exciting. Its steering is fast and responsive and its dynamics are lovely. It’s a genuinely athletic car and doesn’t need to just have spikey “sport” modes to make it seem fun. Though, DT’s Jethro Bovington isn’t in love with its eight-speed auto, which he says isn’t as sharp as the dual-clutch ‘box in the Bimmer. He also doesn’t like the brake pedal, which is placed oddly and makes it awkward to use.

Next up is the BMW M3. Bovington isn’t actually a big fan of the standard BMW M3/M4. Like many enthusiasts, he feels that they’re technically impressive but lack the emotion that previous M cars seemed to have. This new Competition Package M3 brings a new sharpness, though, that seems to quell a lot of the issues Bovington previously had. So the steering is sharper and the rear end feels more planted. There’s a hint of understeer but its controllable and you can really play with the tail on corner exit. It’s also the most controllable car to slide when you want to. He still doesn’t love the engine, which can feel a bit uninspired, but admits the Competition Pack really changes it on the track and it’s very impressive.

Lastly is the AMG, which is typically a bit of a German muscle car. When trying to set lap times, it’s not the best. It’s too heavy and too powerful, making it too slidey. But when you don’t care about lap times, the AMG C63S is a hilarious hooligan. The engine remains a typical AMG psychopath, with massive power, a fantastic noise and the capability to destroy its rear tires at will. What’s new, though, is its ability to be a sharp driver’s car. While it isn’t as tactile as the M3, it’s still very good to drive fast on a track and is much improved over previous AMGs. Even areas where you might think it would fall down, such as its brakes or its lap times, it impressed. It has its issues, like its slow-ish gearbox and the need to constantly replace its tires, Bovington considers it to be the best car in the test.