New BMW F90 M5 – Most of the details revealed 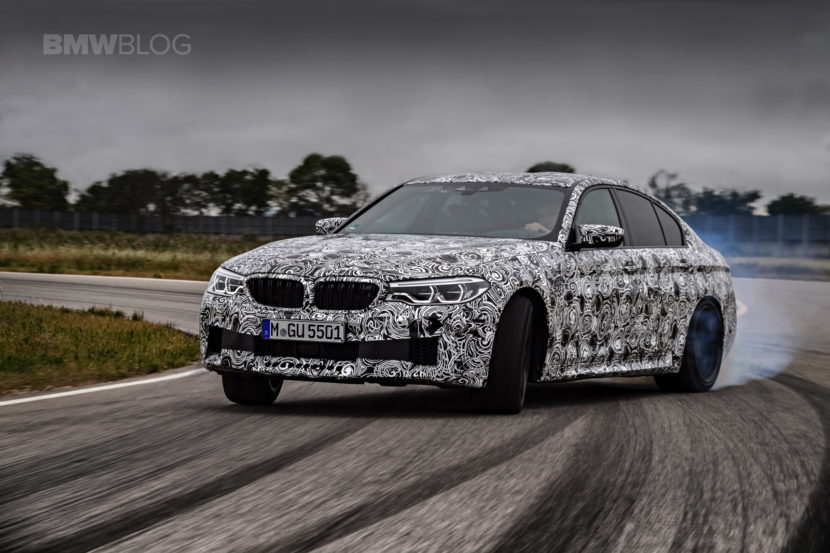 At a special event last week, BMW invited a series of journalists to Miramas, France to test out a pre-production version of the next F90 M5. There are 100 M5 mules being tested all over the world finalizing the last 5 percent of development. As expected, the new M5 drops the 7-Speed Double Clutch Transmission in favor of an eight-speed M Automatic. Furthermore, the six-speed manual – as we know it from the F10 M5 – is now gone.

Also for the first time, the M5 sporty sedan will be available with an M xDrive all-wheel configuration. The M xDrive system enables the rear-biased set-up by only bringing the front wheels into play when the rear wheels aren’t able to transmit any more power to the road and additional tractive force is required. The driver can choose from five different configurations based on combinations of the DSC modes (DSC on, MDM, DSC off) and M xDrive modes (4WD, 4WD Sport, 2WD). 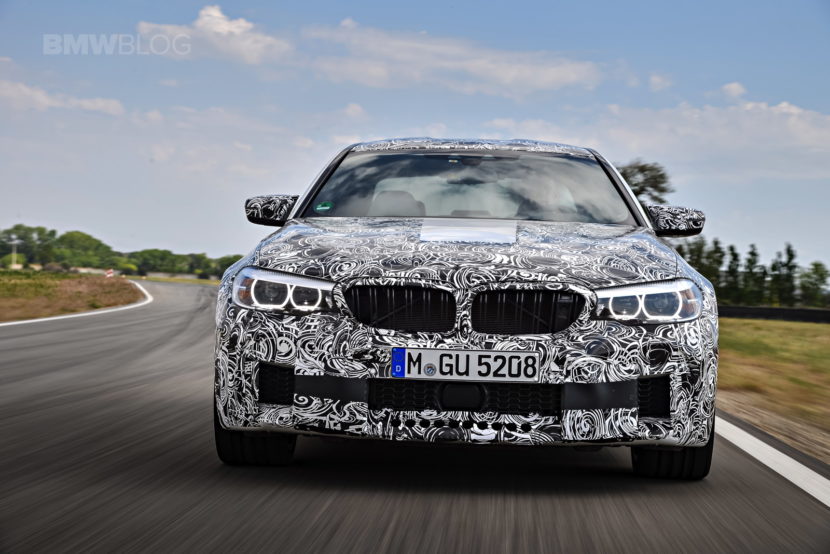 The rear differential is based off the one in the M3 and M4, but it receives carbon clutch blades for quicker and more precise torque vectoring. To improve the ride quality, BMW has also designed and engineered new adaptive dampers. The driver will have two brake systems options – the standard compound discs with blue calipers or the carbon ceramic with gold calipers. Standard tires are 19 inches byYokohama or Continental, but Michelin Pilot Sport 4S tires, sized 275/35ZR-20 in front and 285/35ZR-20 at the rear, are also available as an option. 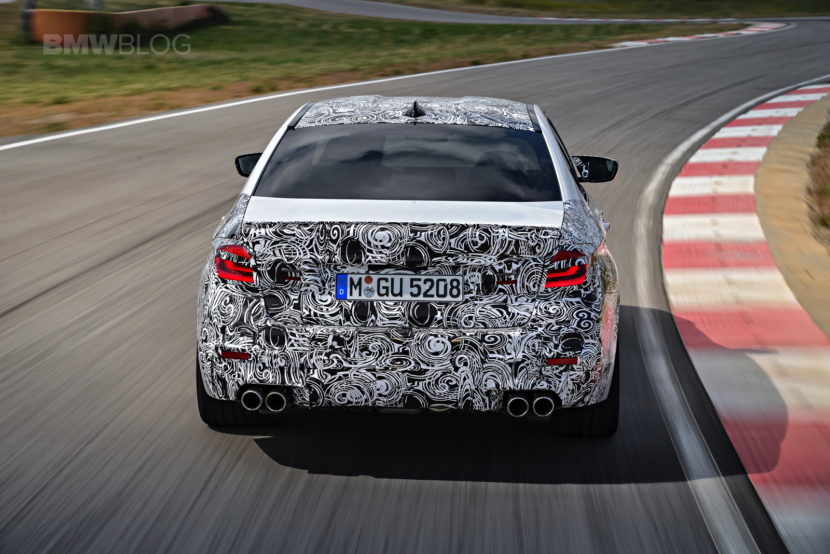 The M5 retains the individual settings seen in the current generation M5 – for its steering, engine, suspension and gearbox shift speed.

Another thing pointed out by BMW M Division Vice President of Engineering Dirk Hacker is the new brain of the M5. The CIU, short for Central Intelligence Unit. The new controller is a first for M cars and can override the individual ECU for stability control, the all-wheel drive, rear-differential and transmission. It also controls the every sub-system governing lateral and longitudinal dynamics. 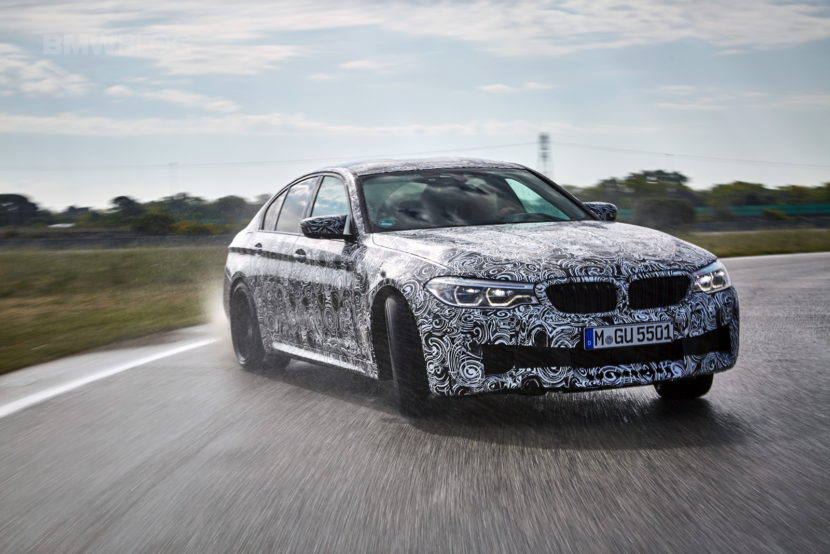 This active control element is part of the M xDrive system’s functionality and its locking effect can be varied between zero and 100 per cent, as the situation demands. With DSC deactivated, there is a choice of three modes (4WD, 4WD Sport and 2WD). On startup it defaults to DSC on and full all-wheel drive.

Under the bonnet of the new BMW M5, the M engineers have placed an updated version of is the 4.4‑liter V8 engine featuring M TwinPower Turbo technology. The further improved high-revving engine outperforms its predecessor in terms of power output and torque. BMW has yet to officially acknowledge the power output, but BMW hints at slightly more than 600 horsepower and more torque than the F10 M5 – rated currently at 700Nm (516 lb-ft). 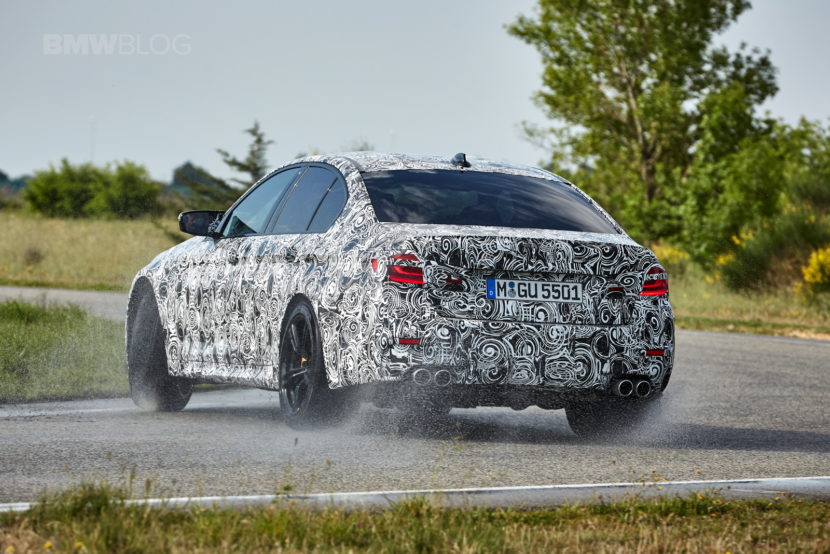 BMW says the M5 will sprint to 60 mph in less than 3.5 seconds, with the Launch Control function activated.

We expect to see the fully unveiled F90 M5 this Summer, followed by a public introduction at the 2017 Frankfurt Auto Show.