New BMW Emergency Response Vehicles to Be Showcased at 2017 RETTmobil 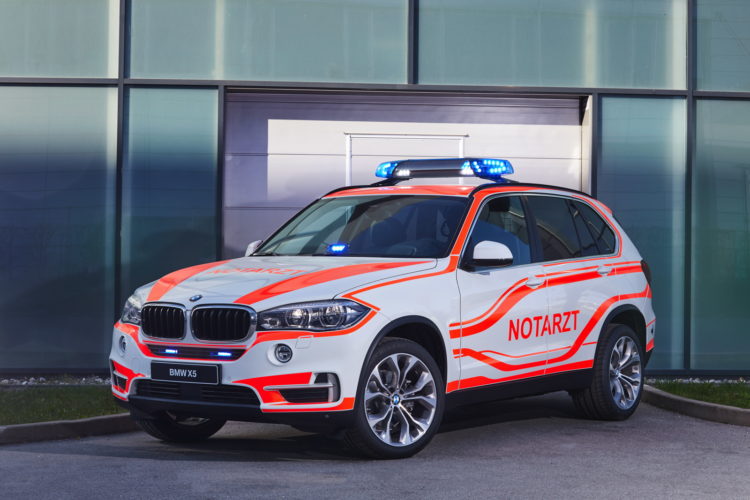 Over the last few years, BMW has made it a habit out of creating special emergency response vehicles out of some of its cars. We’ve seen BMW X3 SUVs wearing light bars in the past and even BMW i3 models turned into some sort of support vehicles. As part of this year’s line-up for the RETTmobil in Germany, BMW brought forward a couple of new contraptions.

The one that will probably attract most curious looks will be the BMW 440i xDrive Gran Coupe which will be waiting by the entrance. The emergency ambulance based on the sporty BMW 4 Series Gran Coupe has been provided with dynamically designed signal-colored foiling, a signaling beacon integrated into a flat roof bar as well as blue front and rear LED flashers. 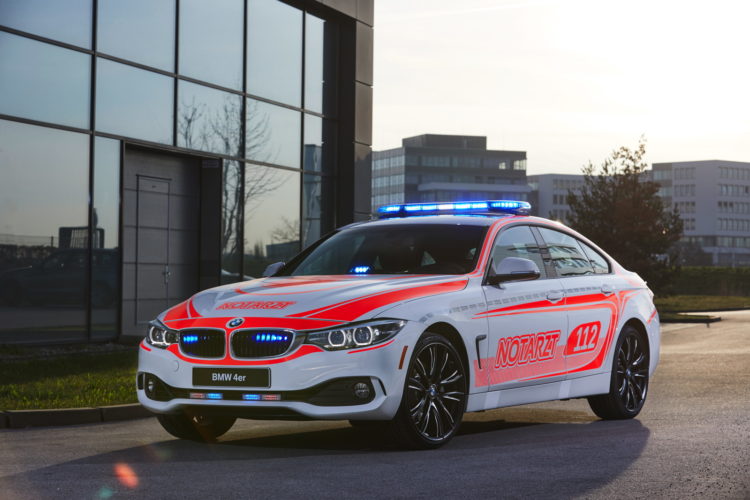 Moreover, the vehicle’s sporty flair is underscored by 20-inch light alloys from the BMW accessory range. According to BMW, the elegant coupe offers tangible, practical advantages: four doors allow convenient entering and exiting the vehicle, whilst the wide-opening rear lid facilitates access to a 480-liter luggage compartment. When the 40:20:40 split rear seat is folded down, storage space increases to 1,300 liters, providing a flat loading surface that will accommodate numerous rescue devices and equipment. 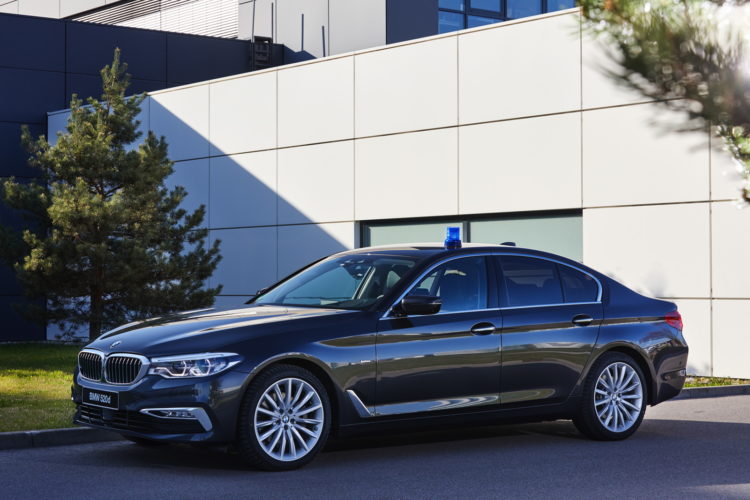 Then there’s the BMW 520d Sedan that poses as an undercover police car. The car’s modifications include a control center inside with a radio master switch and a control unit for radio devices, a more powerful generator and an additional battery in the luggage compartment.

The rest of the line-up includes an emergency ambulance in the shape of a BMW X5 xDrive30d, a modified BMW 220d xDrive Gran Tourer also posing as a possible ambulance and a BMW X1 xDrive18d model for operations management. Last but not least, for two-wheel enthusiasts we have a BMW R 1200 RT dressed up as a first responder.