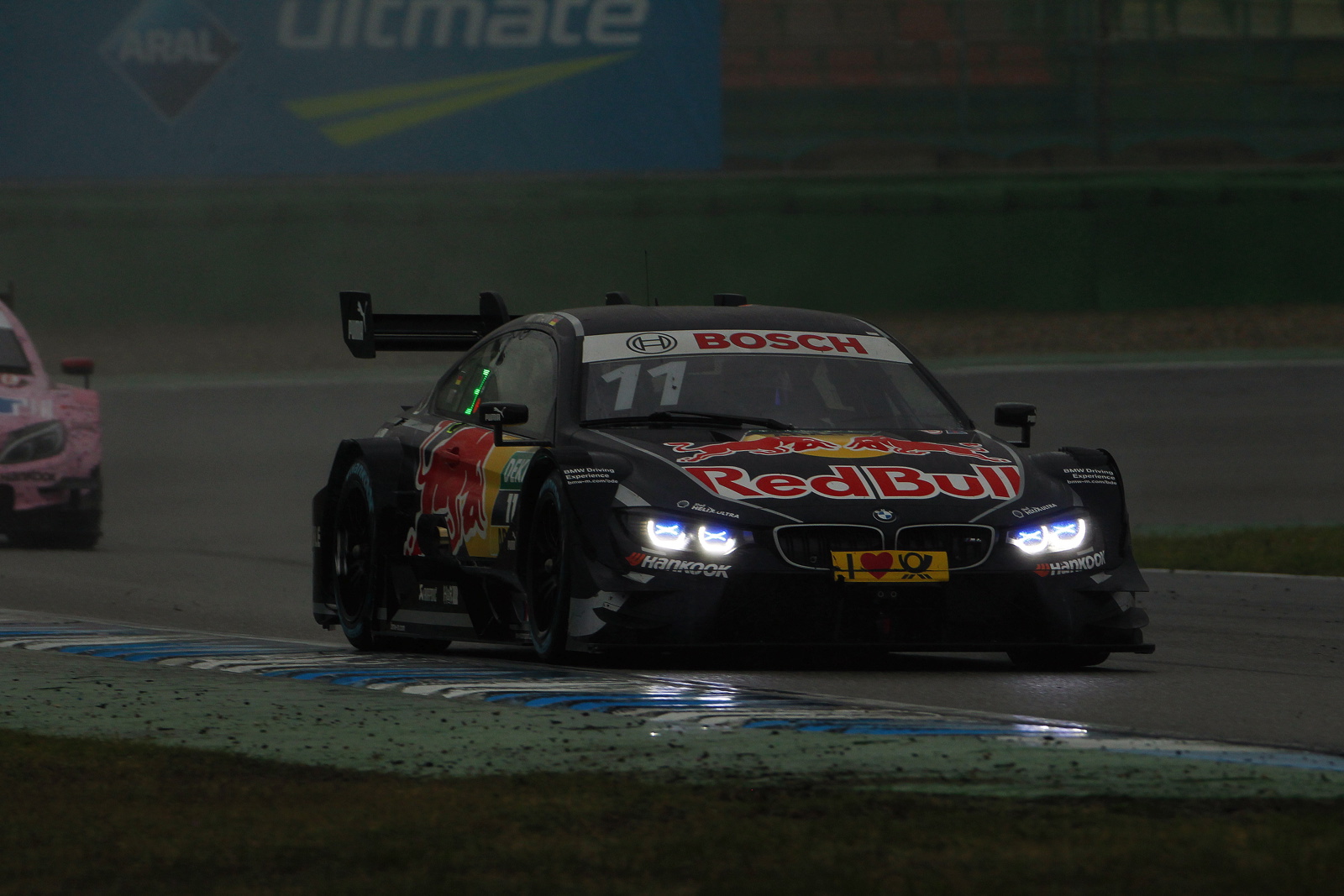 The BMW DTM teams claimed two podium finishes and one pole position on the opening weekend of the 2017 season in Hockenheim (GER). Timo Glock (GER) followed up his second place in Saturday’s race by securing pole position on Sunday. He ended a turbulent, rain-affected race in eighth place. DTM champion Marco Wittmann (GER) produced a fantastic fightback in difficult conditions: starting from 17th on the grid, he cut through the field to finish third on Sunday and take his place on the podium for the first time this year. Bruno Spengler also finished in the points in ninth place. 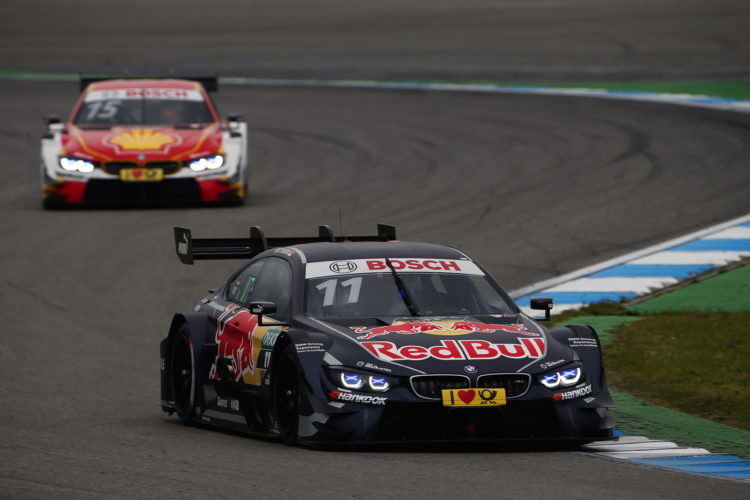 Qualifying:
Timo Glock secured the second pole position of his DTM career in an exciting qualifying session. With the track drying out, he and BMW Team RMG (RMR) got their timing spot on and clocked the fastest time of 1:31.406 minutes on slicks shortly before the end of the session. In accordance with the new DTM regulations, he is rewarded for his effort with three points in the Drivers’ Championship. Augusto Farfus (BRA) was incredibly unlucky: he set the second fastest time, but subsequently saw this time removed as he had started his final lap a fraction of a second after qualifying had drawn to a close. As such, Bruno Spengler (CAN) was the second-best BMW driver in sixth place. He was followed by Tom Blomqvist (GBR), Maxime Martin (BEL), Marco Wittmann (GER) and Farfus in 14th, 15th, 17th and 18th. 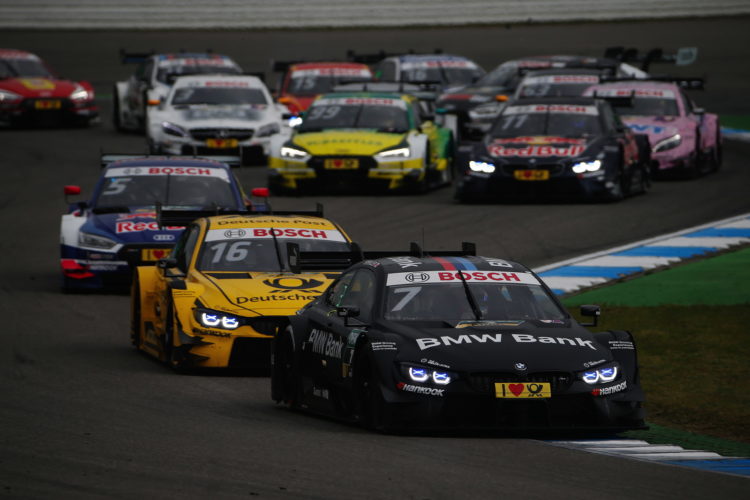 Timo Glock, at the wheel of the DEUTSCHE POST BMW M4 DTM, started the race from pole position in dry conditions, and was initially able to defend his lead. Following an early safety car phase, he lost places at the eventful, Indy-style restart. The race came to a premature end shortly after that for Maxime Martin and Augusto Farfus. As the new restart format made its race debut, both drivers were involved in collisions. Martin had no choice but to pull off the track immediately in the SAMSUNG BMW M4 DTM. Farfus returned to the garage in the damaged Shell BMW M4 DTM after 14 laps. With Glock, Bruno Spengler (BMW Bank M4 DTM) and Marco Wittmann (Red Bull BMW M4 DTM) all running in the top ten, the rain began to fall at the halfway point of the race. Glock and Spengler had already pitted prior to the onset of rain, and had to come in again to switch to wet-weather tyres. This dropped them out of contention for a spot on the podium. Wittmann delayed his mandatory pit stop long enough to be able to switch straight onto wet-weather tyres. He eventually came home third – a fantastic fightback from 17th on the grid. Glock and Spengler also finished in the points in eighth and ninth. Tom Blomqvist was 12th in the BMW Driving Experience M4 DTM. 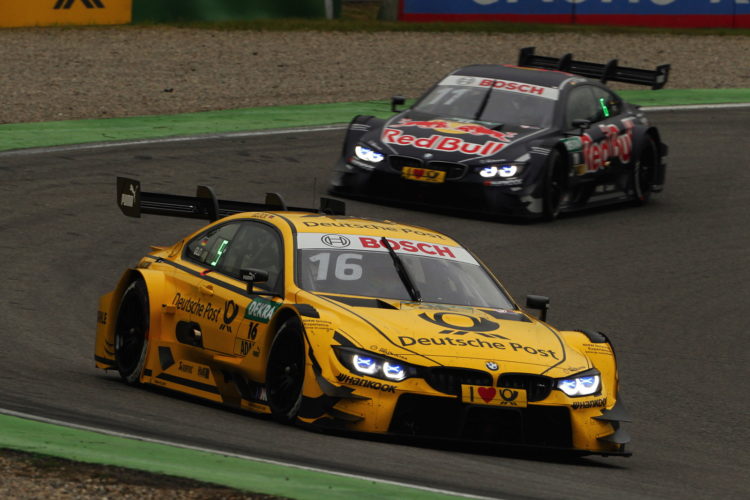 BMW Motorsport Director Jens Marquardt: “That was a nerve-racking second race here in Hockenheim. From fun and games with the weather to an Indy restart, the race had a bit of everything. It was really hard fought. A huge compliment goes to Marco, who came through from 17th to finish third. A superb race! It was not easy in the rain, but he made no mistakes. It was a shame for Timo that he perhaps came in a little too early for his pit stop. Apart from that it was a good effort. We finished in the top ten with three cars. It would have been nice to have finished a little further up the field, but we are happy to take the points. On the whole, we have a magnificent opening weekend of the 2017 DTM behind us. The measures that were implemented really paid off, and the drivers put on a great show for the fans against a fantastic backdrop. The races were exciting, with each of the three manufacturers finishing on the podium in both races. I am confident we have a fantastic season ahead of us. We now move on to the Lausitzring.”

Stefan Reinhold (team principal, BMW Team RMG): “Marco and the entire team were obviously disappointed after qualifying, but we were all well aware that anything was still possible in the race. He did a fantastic job. We were quick, and today showed that our new BMW M4 DTM runs superbly in the rain. Timo’s pit stop was definitely too early. We did not expect the rain to be so heavy. We had planned to continue on slicks for the entire race but that was simply not possible in that kind of rain. However, Timo’s performance was very good. It is a great shame for Augusto, because he was involved in a collision and the car sustained too much damage.”

Marco Wittmann (#11, Red Bull BMW M4 DTM – Grid position: 17th, race result: 3rd – 58 races, 8 wins, 16 podiums, 8 pole positions, 539 points, 2 Drivers’ titles): “That was a mega race. I am extremely happy with third place. Having started from 17th on the grid, it feels like a win. I had a fantastic opening lap, and I made up more places after the restart. When it started to rain, it was incredibly difficult to decide when to switch to wet-weather tyres. I think I ultimately made the right decision. The strategy worked out perfectly.”

Augusto Farfus (#15, Shell BMW M4 DTM – Grid position: 18th, race result: DNF – 68 races, 4 wins, 12 podiums, 5 pole positions, 345 points): “Unfortunately, that was a really tough weekend for me. We had a magnificent lap in qualifying, but unfortunately it did not count. In the race, I was hit from several sides at the restart. It was pretty chaotic. I cannot tell you exactly what happened.”

Timo Glock (#16, DEUTSCHE POST BMW M4 DTM – Grid position: 1st, race result: 8th – 58 races, 3 wins, 6 podiums, 2 pole positions, 238 points): “In my opinion, Jamie did not stick to the rules at the restart, and I don’t really understand the five-second penalty. Apart from that, I unfortunately gambled a bit and lost today. I thought it was only going to be a short shower, so tried to save myself a pit stop. When Bruno then came into the pits and I stayed out just one lap longer, it was clear that it was not the right decision. Fortunately, I was able to fight my way back into the points after that. With that in mind, I am happy with today’s race. That one decision aside, the weekend has generally been a very good one for us. It was nice to see Marco come from the back of the grid to finish on the podium. I am pleased for him and the entire team, who did a fantastic job and worked hard.”

Bart Mampaey (team principal, BMW Team RBM): “That was a disappointing race for us. Two cars were involved in incidents again. Maxime made a great start, but then had to retire. Tom once again had a collision very early in the race, which was a great shame. We did manage to score our first points of the weekend with Bruno. We decided early on that we were going to send him back out on slicks – which I believe was a very good strategy. When it then started to rain, we had to bring him in for another stop. Our job is now to continue to work hard and draw conclusions from the opening race weekend. Congratulations to Marco on his fantastic race.”

Bruno Spengler (#7, BMW Bank BMW M4 DTM – Grid position: 6th, race result: 9th – 141 races, 14 wins, 45 podiums, 17 pole positions, 760 points, 1 Drivers’ title): “Luck played a key role in today’s race. Unfortunately, it was not on our side. We came into the pits and fitted a new set of slicks, which was the right strategy at the time. Unfortunately, it started to rain shortly after that, and we had to come in again. That cost us a few points today. However, that is part and parcel of motorsport – sometimes you are lucky, sometimes unlucky. It is obviously disappointing, because the team did a super job to continue to improve the car. I will now focus fully on the next race.”

Tom Blomqvist (#31, BMW Driving Experience M4 DTM – Grid position: 14th, race result: 12th – 38 races, 1 win, 5 podiums, 1 pole position, 172 points): “That was not a good race. I didn’t have a good start again, and then had contact with another car on the opening lap. The IndyCar restart was quite a mess. I touched another car and damaged my car in the process. I lacked pace as a result. Even with the early pit stop, there was not a lot I could do. It was a real shame, but we have to look ahead now and focus fully on the coming race weekend at the Lausitzring. Hopefully we will do better there.”

Maxime Martin (#36, SAMSUNG BMW M4 DTM – Grid position: 15th, race result: DNF – 48 races, 2 wins, 6 podiums, 2 pole positions, 231 points): “I had a very good start from 15th on the grid, and had soon climbed into seventh place. My downfall came at the restart after the safety car. I was pretty much sandwiched between two other cars and was unable to avoid the contact with René Rast. That collision broke the suspension on my car.” 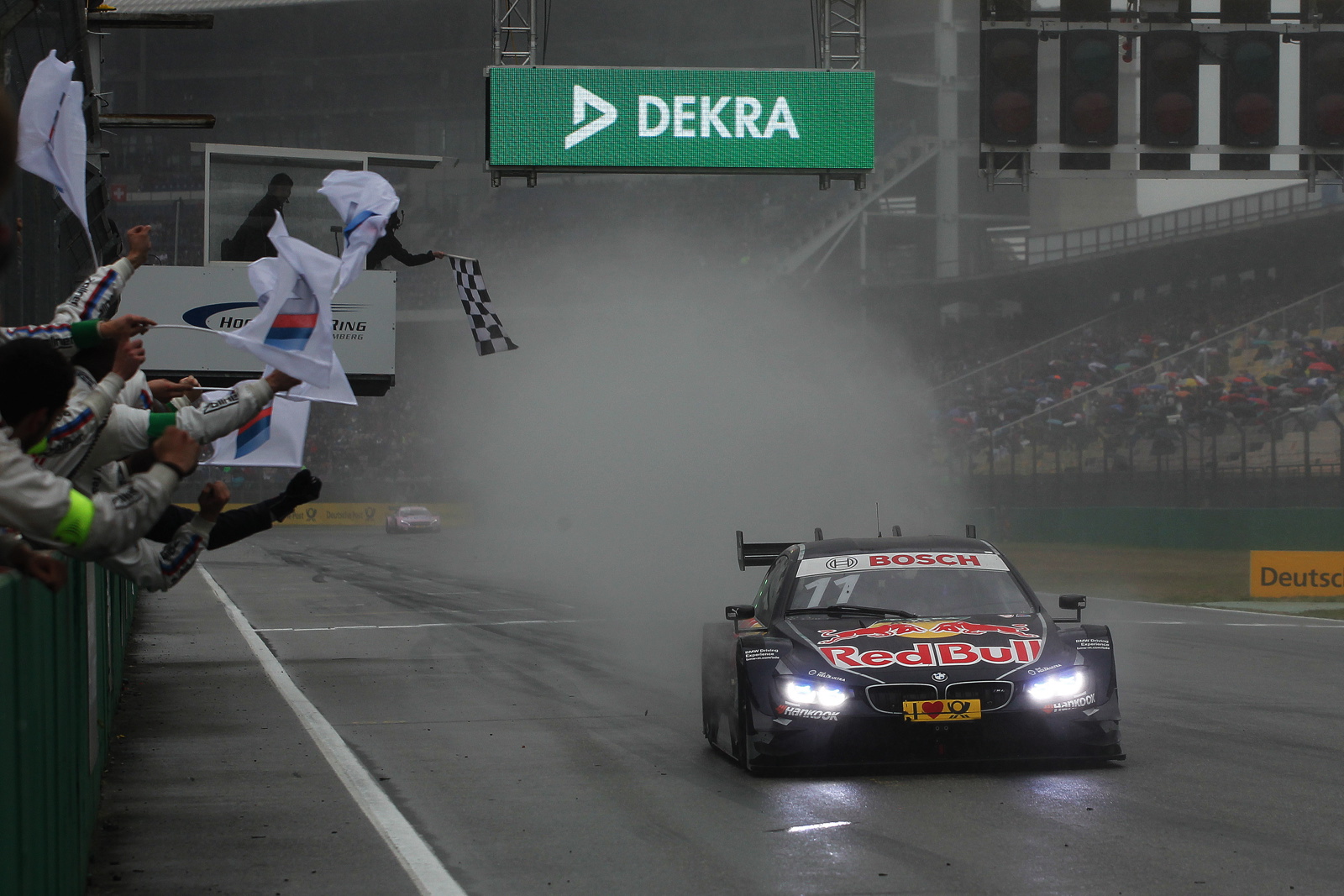 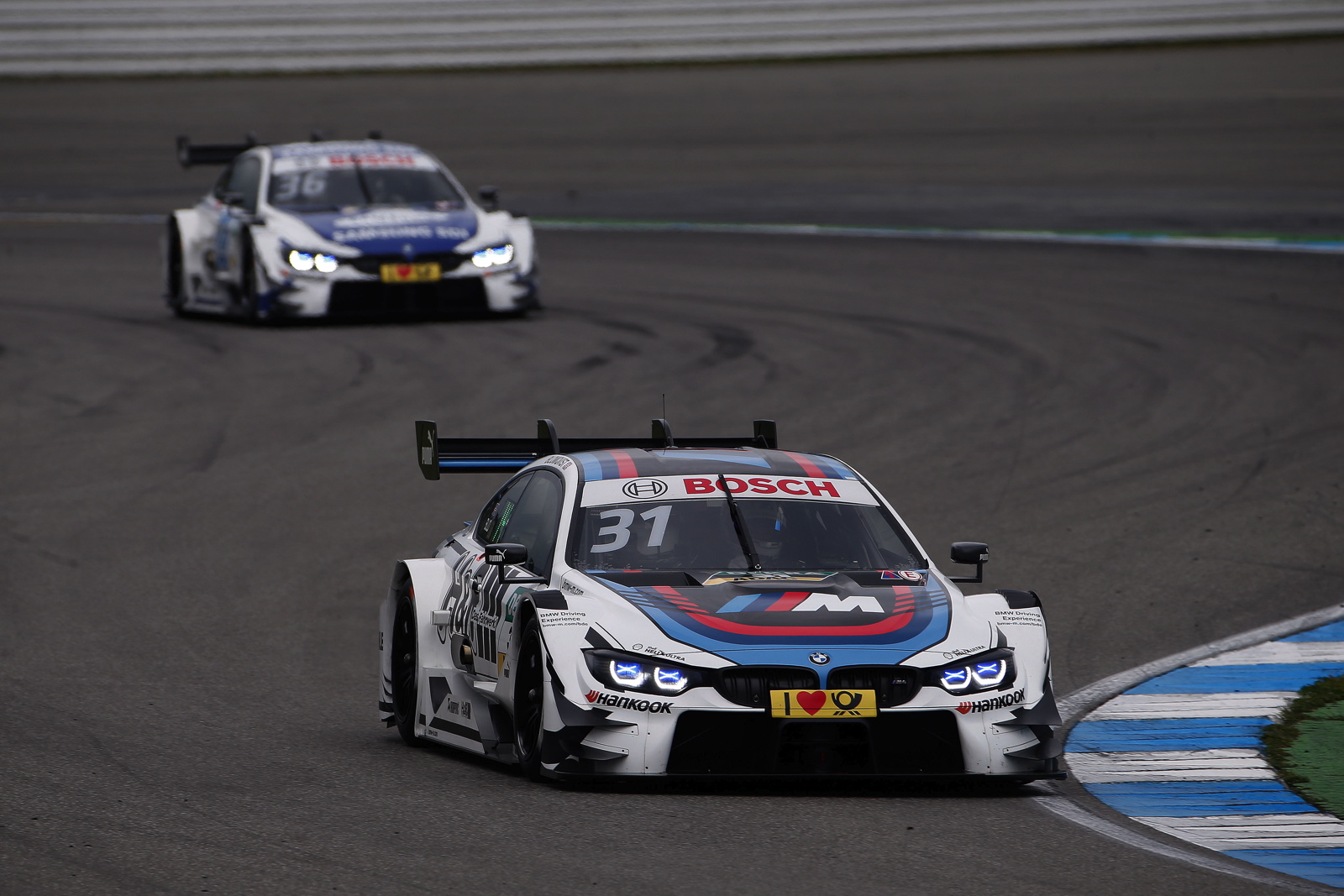 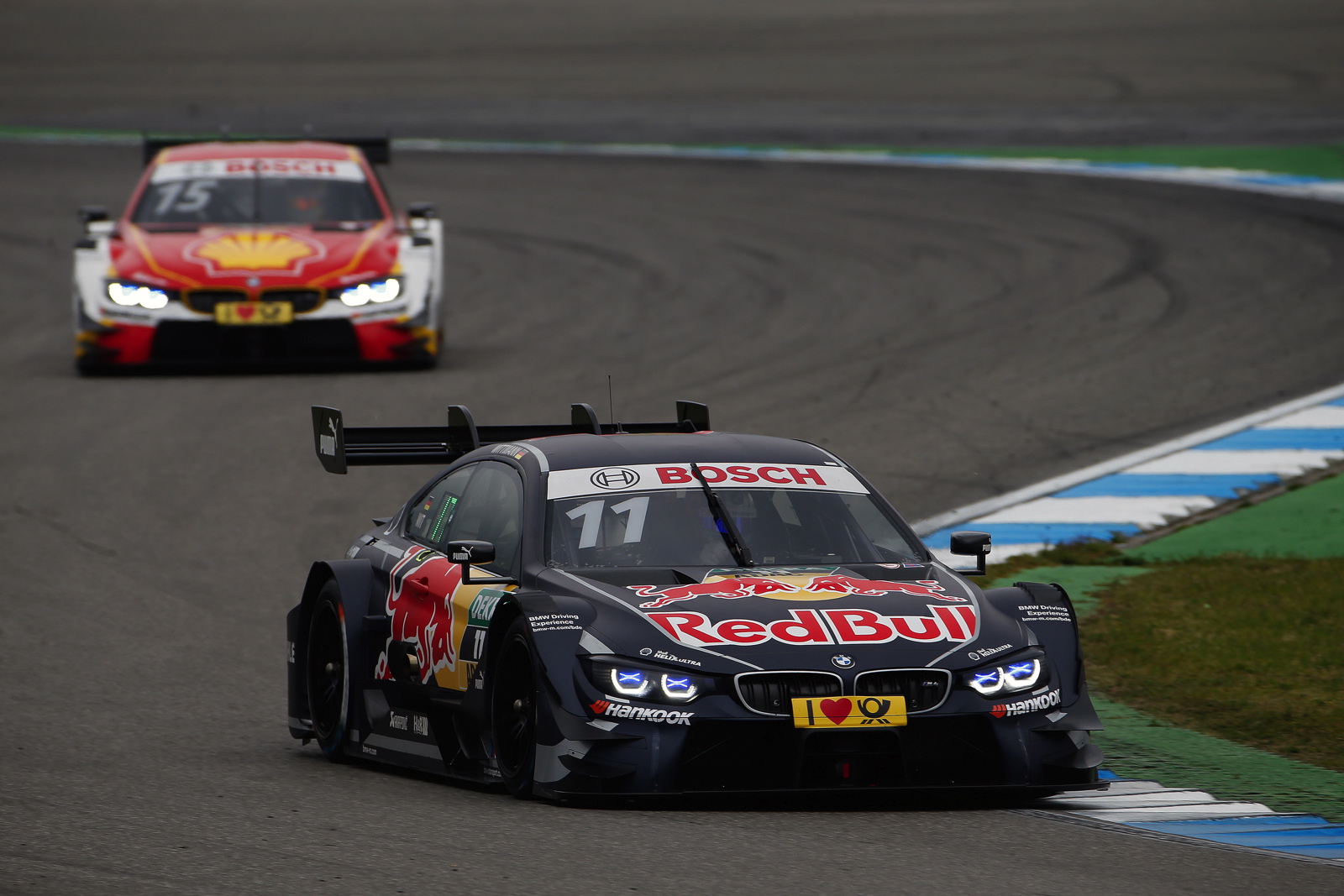 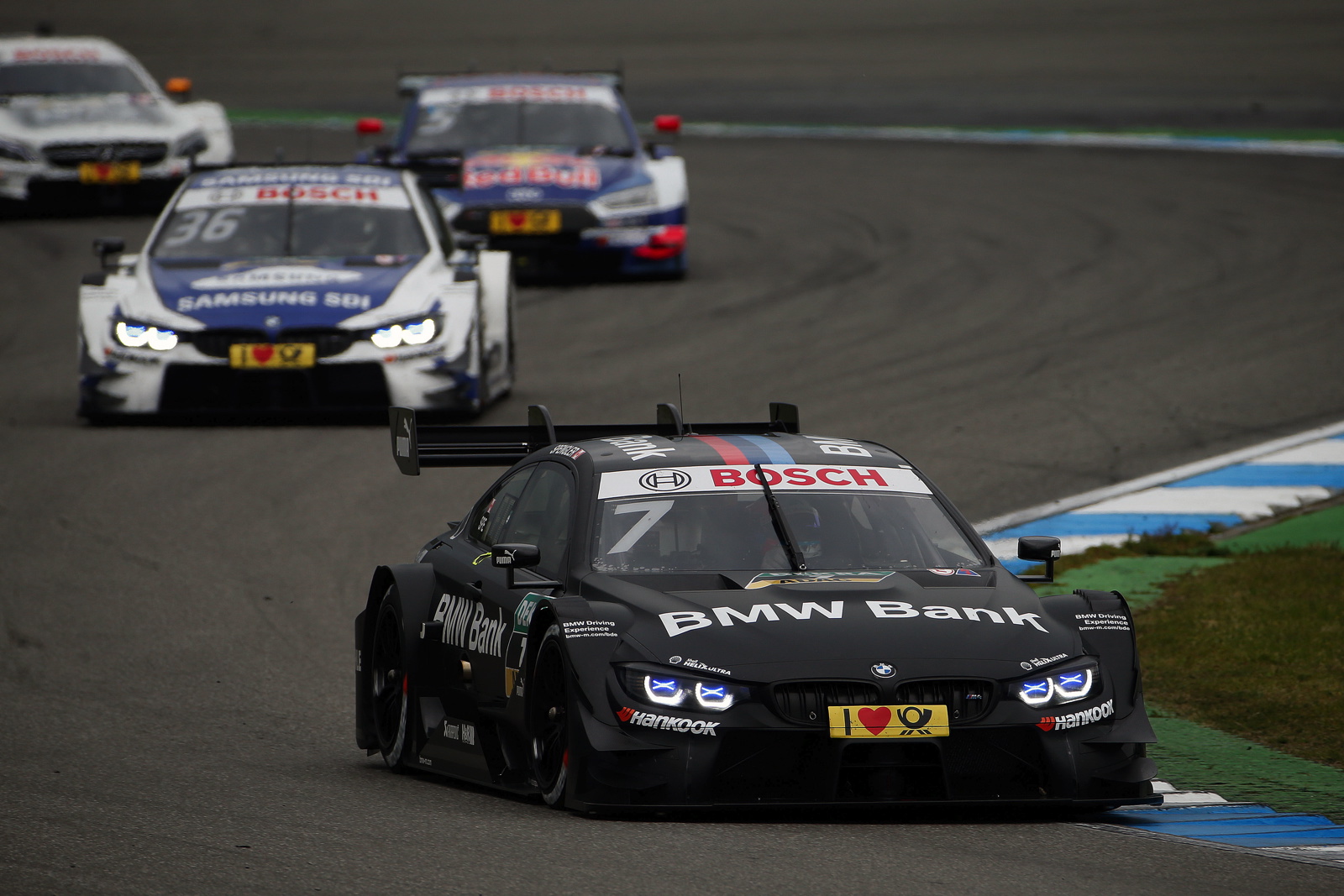 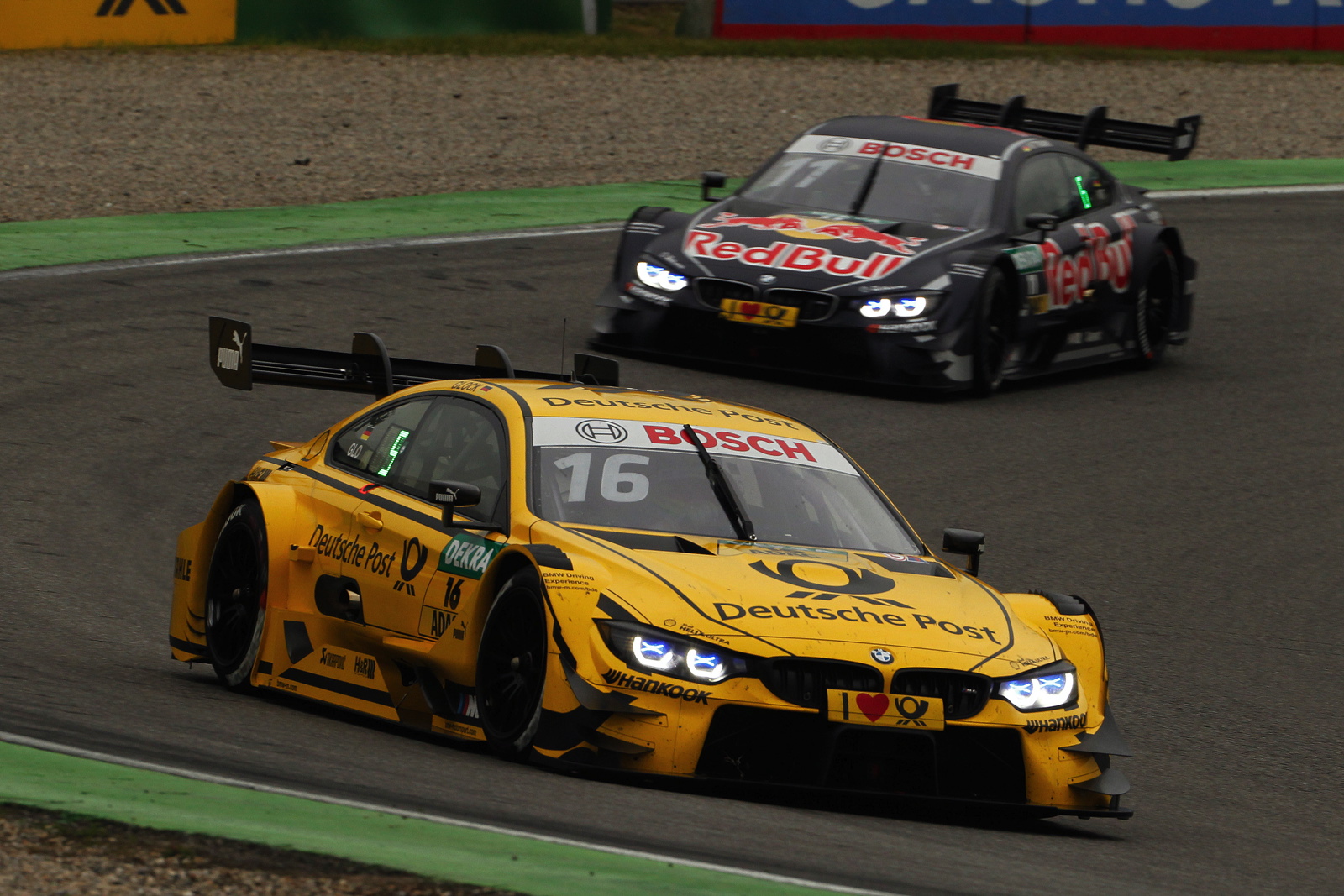 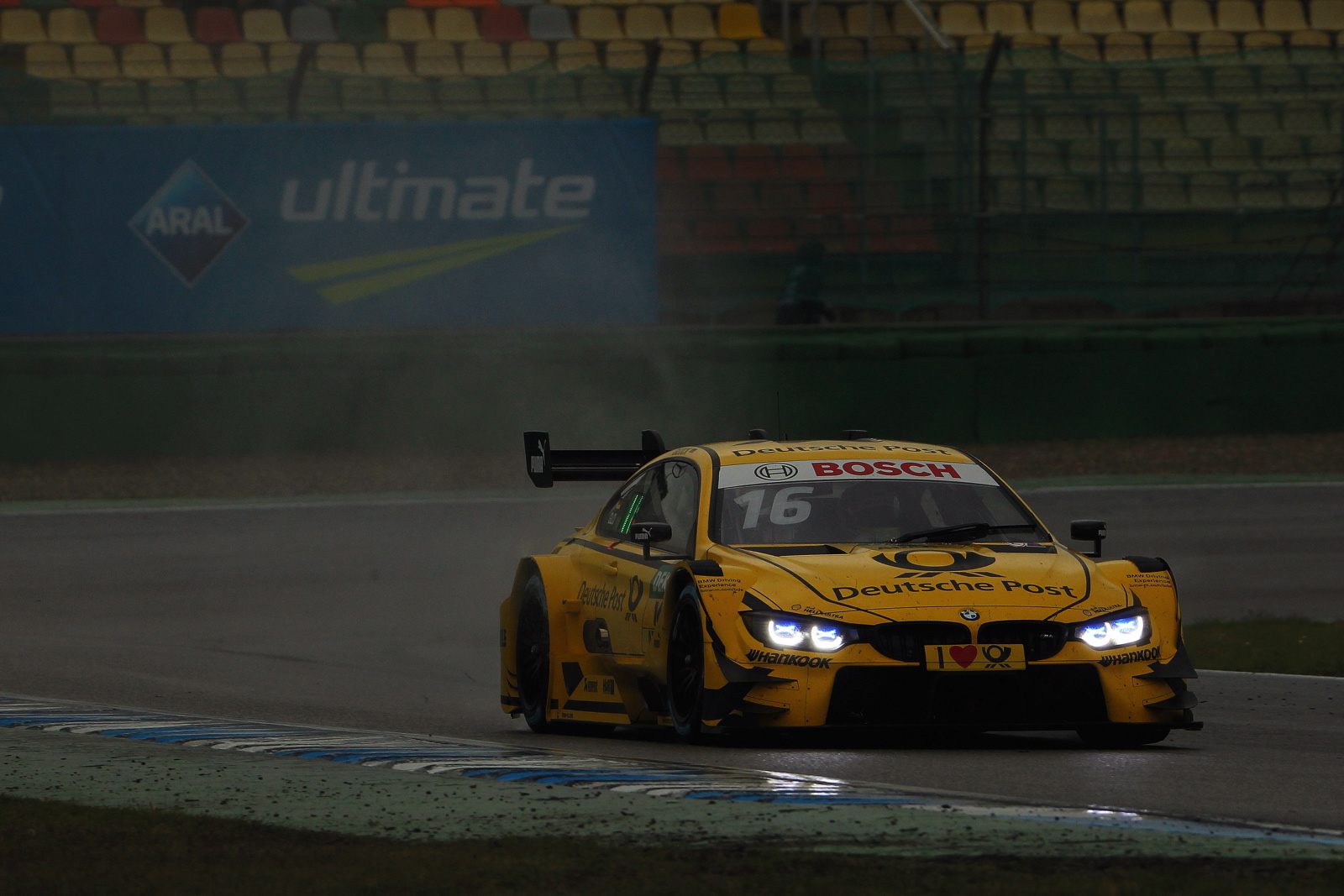