Usually when talking about the BMW M240i, people tend to focus on its near M2 performance. In all fairness, the M Performance model might be hitting too close to home for some people and therefore the comparison might not seem ridiculous at all. However, unlike the M car, the M240i has some tricks up its sleeve that might make it more appealing to some. For example, you get Eco Pro driving mode in the M Performance car, something you probably didn’t care about but which apparently does matter for some.

We recently stumbled upon a rather unorthodox review of the sporty coupe and we were rather amused by it. Not because it wasn’t well written or because the author might’ve made some mistakes, but because we didn’t even think of doing a review of this car focusing on the green side of things. And yet, that’s exactly what Autoblog Green did, leaving behind all the 0-60 times and horsepower/torque readings. To them, the most important thing in the world was to find out how a car like this behaves when driven only in Eco Pro mode. 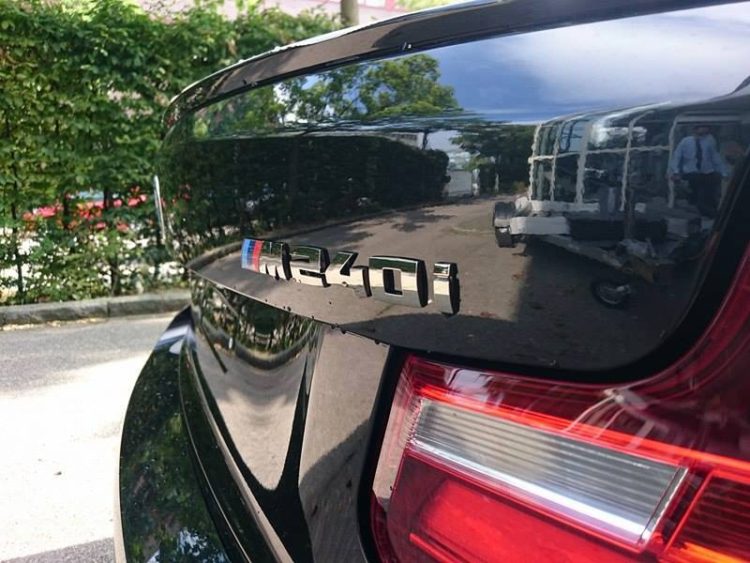 Well, it’s just fine apparently. As a matter of fact, it’s more than just fine, it’s quite good too, coming with a couple of features that might surprise some drivers out there. As they brilliantly point out, BMWs in Eco Pro mode can still turn to savage beasts at the simple push of a pedal. Press the gas pedal down to the floor and the car will deliver all of its might to the wheels, in case you need to get out of a tricky situation in a hurry. That’s something not all cars with a green side are capable of doing, as we learn from the review.

Furthermore, the fact that you can actually configure the Eco Pro mode according to your own preferences and maybe just keep the features of it that are actually appealing to you is a nice thing to have. You can turn Coasting on or off and even adjust whether the AC should still be working when driving in the most planet-friendly possible way. All in all, the BMW M240i is apparently a jack of all trades and lives up to its reputation of one of the best cars you can get today, even if you’re a tree-hugging kind-of guy who just wants to go fast every now and then.