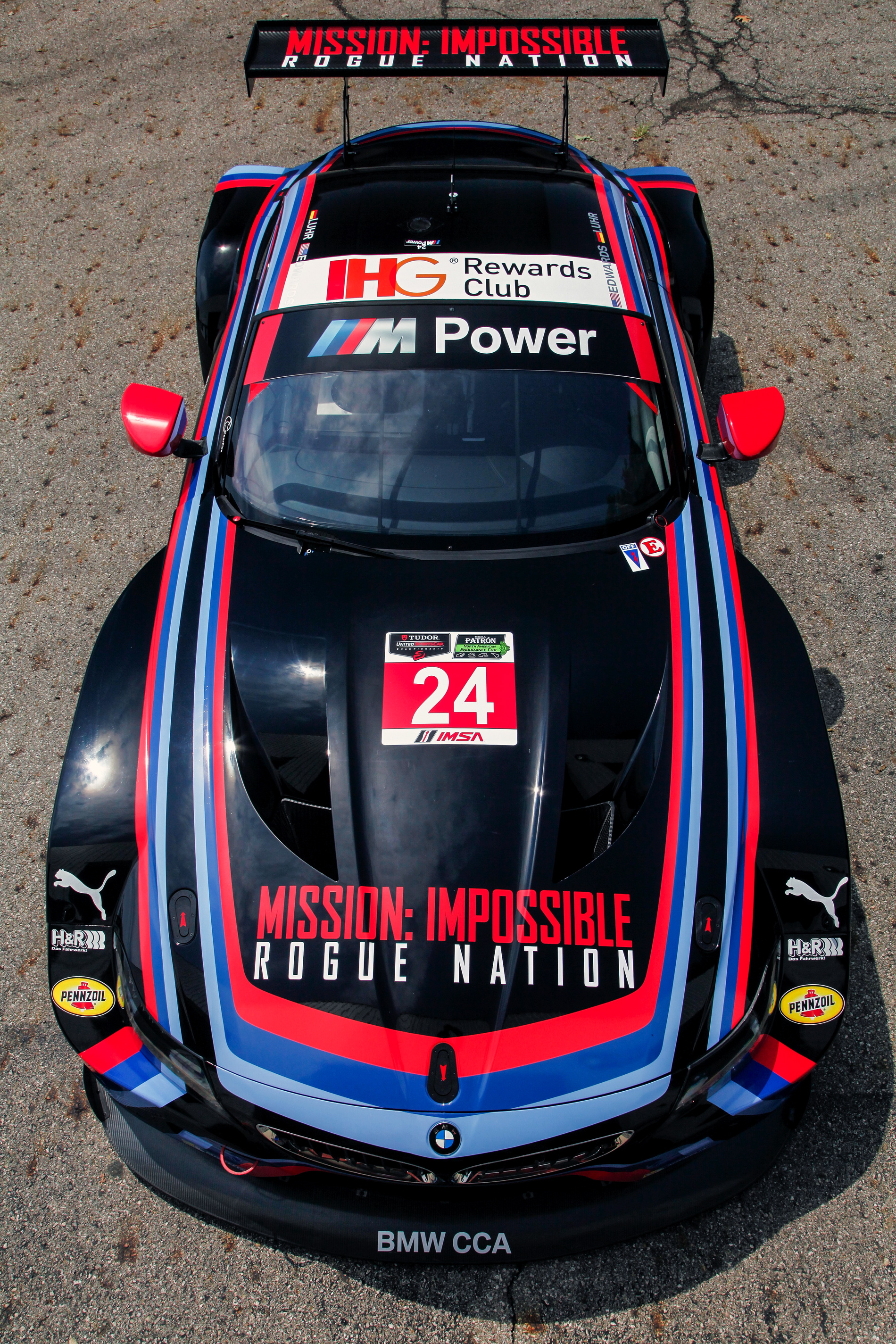 At the Michelin Pilot Experience at the Thermal Club, once everyone had thoroughly tested out the new Michelin Pilot Sport 4S tire, we were offered hot laps in a series of racing cars. While we opted for the BMW M4 GTS as our weapon of choice for the track, our friends at BMW CCA decided to take the passenger seat in a BMW Z4 GTLM race car.

While the production version of the BMW Z4 has a six-cylinder engine, the GT3/GTLM car is powered by a 4.4-liter eight-cylinder engine derived from the BMW M3 GTS paired with a six-speed sequential sport transmission, delivering about 490 horsepower and 354 pound-feet of torque. Tipping the scales at only 2,711 pounds, the Z4 GTLM needs less than four seconds to hit 60 mph from a standing start.

Compared to the Z4 GT3 it is based on, the GTE sports a less sophisticated aerodynamic kit, with simpler rear wing and diffuser, although it is significantly wider. The modifications were to make the Z4 suitable for the ALMS, which merged with the Grand-Am Sports Car Series to form the United SportsCar Championship (USCC) in 2014.

Driven by BMW factory driver, Kuno Wittmer, ride along and listen to the beautiful sound of that V8!

Riding Shotgun In The BMW Z4 GTLM At The Michelin Pilot Experience from BMWCCA on Vimeo.