Rolls-Royce and Roger Daltrey To Support The Teenage Cancer Trust 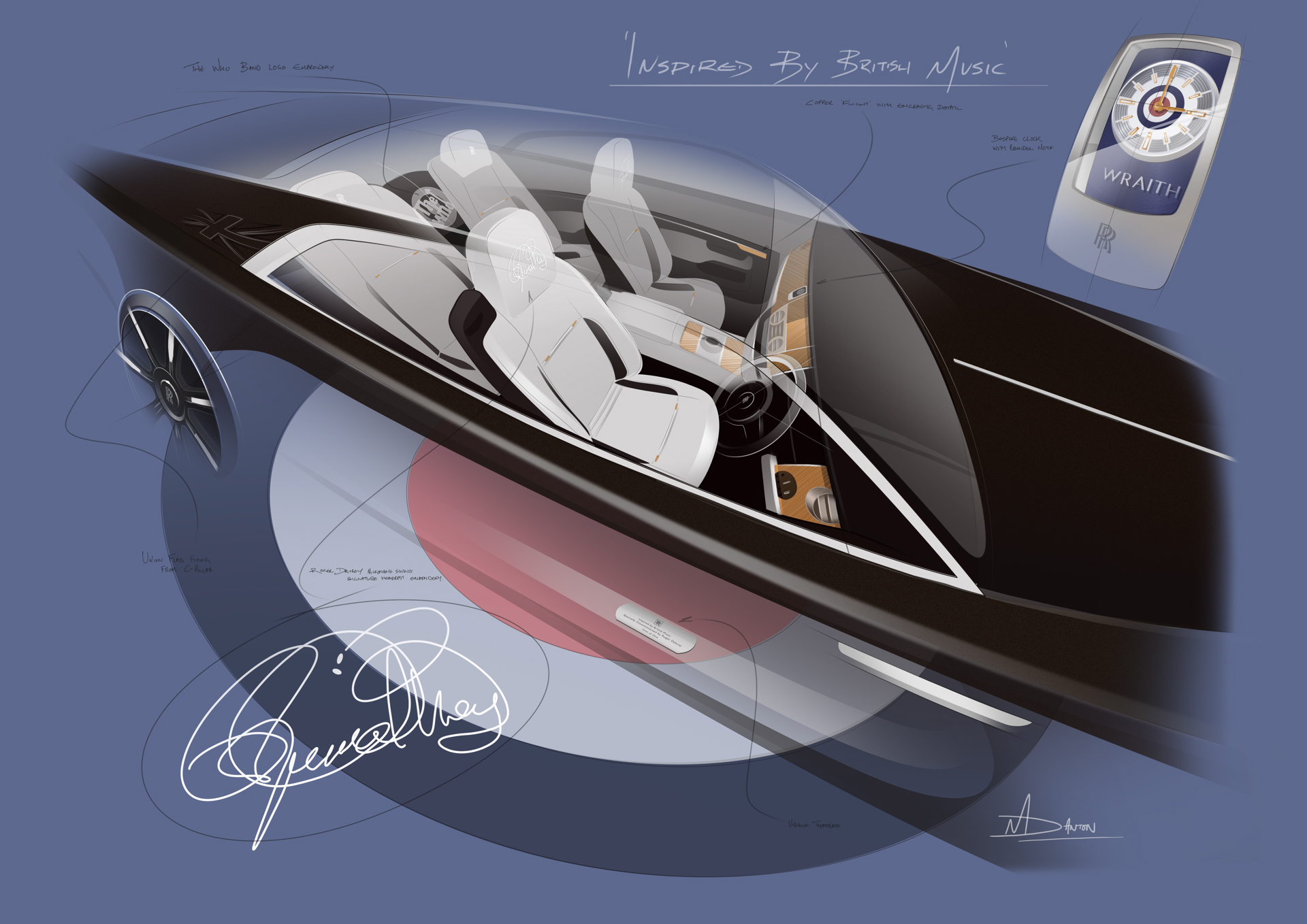 Rolls-Royce announces a series of remarkable collaborations with some of British music’s most revered names that serve to celebrate the marque’s long-standing relationship with the world of Rock & Roll. The first collaborations to be announced in this remarkable series are with The Who’s legendary frontman, Roger Daltrey.

In total, nine Wraith ‘Inspired by British Music’ motor cars will be commissioned and crafted with perfectly executed design touches, commissioned by icons of the British music scene – creating the ultimate collectors’ items for the marque’s patrons. Rolls-Royce will donate a proportion of the value of each motor car to charities including the Teenage Cancer Trust. 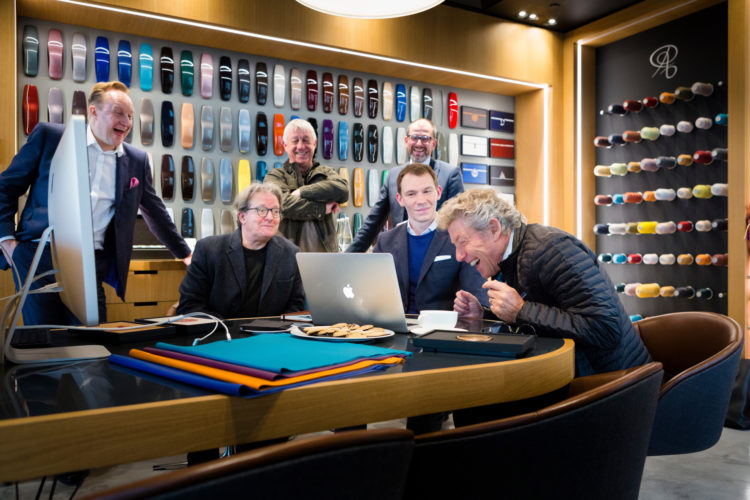 The unique designs will then be deftly crafted within the existing canvas of Wraith ‘Inspired by Music’, a collection of Bespoke motor cars, created in 2015 to celebrate Rolls-Royce’s long-held standing in music folklore. Further names drawn from the pantheon of British music royalty are set to be announced in the coming months.

Echoing the creation of some of the most striking examples of Bespoke design in the marque’s history, the project was conceived by a highly creative individual, inspired during a visit to the marque’s global centre of excellence in Goodwood, England. In this instance, acclaimed portrait photographer Alistair Morrison, on first viewing Wraith ‘Inspired by Music’, was moved to propose a bold idea, inspired by his work photographing some of British music’s most celebrated icons.

“I am currently working on a series of photographs commissioned by The Who’s, Roger Daltrey, entitled ‘Rock Stars Legacy’ – in essence it brings together the crème of the British music scene in one truly iconic image,” said Alistair Morrison. “On seeing Wraith ‘Inspired by Music’ and in learning about the way Rolls-Royce patrons collaborate with the marque’s Bespoke Designers, I saw an opportunity to express the spirit of this project, in revealing the personalities and musical legacies of these music icons through the medium of these extraordinary motor cars.”

The Who’s Roger Daltrey was so inspired by the project, he committed to commissioning two cars. The first inspired by his own personal music legacy, featuring elegantly expressed pieces of iconography from the Who’s history, including the band’s famous ‘bullseye’ logo and a laser-etched depiction of Daltrey’s famous microphone swing to the car’s door-flights.

For his second car Daltrey worked with artist Mike McInnerney, creator of the famous album artwork for The Who’s seminal album, ‘Tommy’. For this stunning tribute to one of the 1960s’ most highly regarded LPs, McInnerney will work in close collaboration with the artisans in the marque’s surface finish centre to create an extraordinary expression of the album’s iconic sleeve design – a piece that promises to stand alone as a notable collectors’ item. This, the last of the nine cars to be built, will be auctioned for the Teenage Cancer Trust in April 2017.

“I am enormously excited at the prospect of raising vital funds and awareness for the Teenage Cancer Trust in collaboration with Rolls-Royce, a true British icon,” said Roger Daltrey, frontman of The Who. “The themes, so perfectly expressed by the Rolls-Royce designers in both cars, are as relevant today as they were when we first performed them. I worked hard with the designers to capture the spirit of our songs and what their lyrics mean to fans of all generations. I’m certain both cars will serve as the ultimate collectors’ pieces for any Who aficionado.”

“It says much about our marque’s enduring allure that so many of music’s greatest icons have held Rolls-Royce as the ultimate symbol of their success. We are delighted to collaborate with some of Britain’s most celebrated rock and vocal musicians on a project that promises to add to this legacy, by creating truly collectable masterpieces whilst supporting worthy charities,” said Torsten Müller-Ötvös, Chief Executive Officer, Rolls-Royce Motor Cars. “Our patrons work in concert with our Bespoke designers and craftspeople to express deeply-held personal passions. These unique motor cars perfectly express the intimate relationship between artist, patron and artisan that defines Rolls-Royce’s standing as the most celebrated luxury house in the world.”

Rolls-Royce’s reputation as a true luxury house is borne of a fundamental understanding that its patrons seek authenticity in the goods they commission. The resulting collaborations therefore echo the manner in which these patrons work in close collaboration with its Bespoke designers. The artists were invited to the Home of Rolls-Royce to further their understanding of the canvas on which they could celebrate their legacy. Bespoke Designer, Matthew Danton, under the leadership of Design Director Giles Taylor worked in collaboration with each artist to capture the most iconic and personal elements from of their body of work. The result delivers true, one-of-a-kind collectors’ pieces.

“There has always been this fascinating synergy between Rolls-Royce and those artists who create music that not only defines their genre but equally transcends time and age. The Wraith ‘Inspired by British Music’ cars express unique design collaborations with rock icons such as Roger Daltrey and celebrate music’s love affair with some of our finest motor cars ” said Giles Taylor, Director of Design, Rolls-Royce Motor Cars. “In joining our Bespoke design team and envisioning authentic, perfectly executed tributes to their art, these stars will have helped create the ultimate bond between our Marque and their remarkable musical legacies.”

Each of these very special collaborations will represent a one-of-a-kind commission. Collectors will be invited to acquire these extraordinary representations of automotive and rock history through the marque’s European dealer network. A proportion of the value price of each car will go to the Teenage Cancer Trust and other charities.

The two Roger Daltrey cars are the first of nine collaborations with British music icons set to be announced. Further details will emerge as the cars near completion at the marque’s global centre of excellence in Goodwood.