If there’s one tuner out there that American BMW fans are looking up to, it’s Dinan. The company has become probably the best aftermarket choice on this side of the pond and for good reason. Even though Steve Dinan isn’t with them anymore, the guys are still only interested in delivering the best performance possible and it seems like the Dinan S1 M2 might be just that.

Some parts of the complete kit for the new M car were recently unveiled and it seems like the same old recipes are being employed here, aiming at better performance without sacrificing reliability. It’s rather obvious this was the plan when you look at the engine upgrade. The Dinantronics Stage 1 upgrade brings just 31 extra horsepower and 31 more lb-ft in terms of torque. However, Dinan says that “while by the numbers it may not look like much, it feels more fluid and eager on the road”. 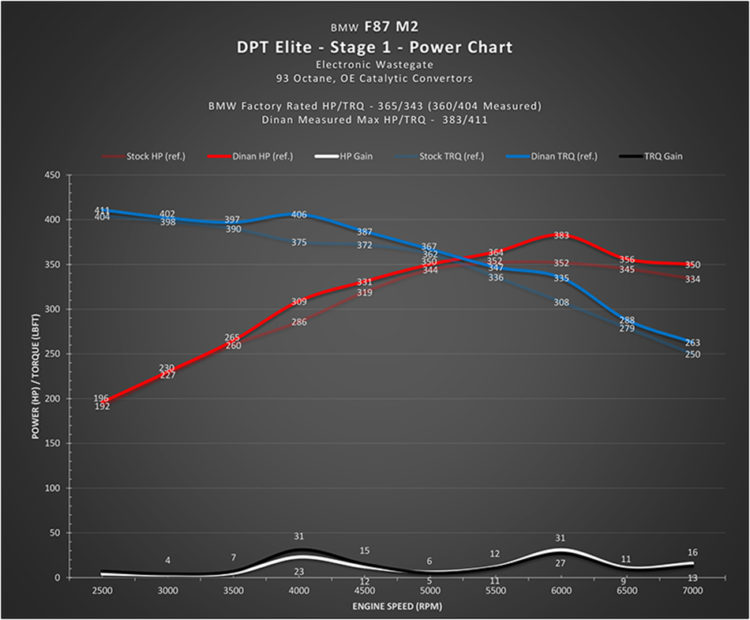 Another new part revealed by Dinan is the new carbon fiber high flow air intake. Made of the valuable, lightweight material we’ve all grown to love, the intake apparently offers some 8 extra horsepower along with 6 more lb-ft of torque. Of course, it will also change the induction sound with a more aggressive note. Unfortunately, this part will require modification of the drivers side strut brace. Therefore, Dinan is currently working on a carbon fiber replacement that will be out in a couple of months.

Last but definitely not least, we have a new exhaust. Made of 100% 304 grade stainless steel, it has quad 3.5″ laser engraved black ceramic tips with Dinan logo, a computer controlled valve that limits noise during low speed driving, brings a gain of +6 HP and +5 ft-lb of torque and, of course, offers a better sound. How much better? Check the video posted below. 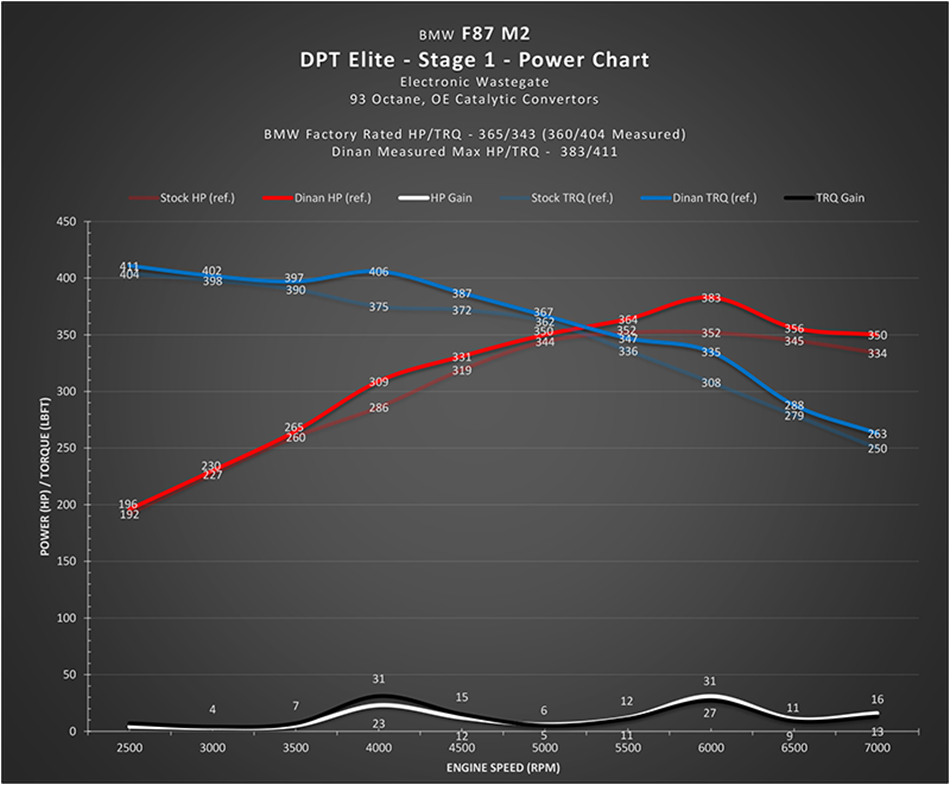