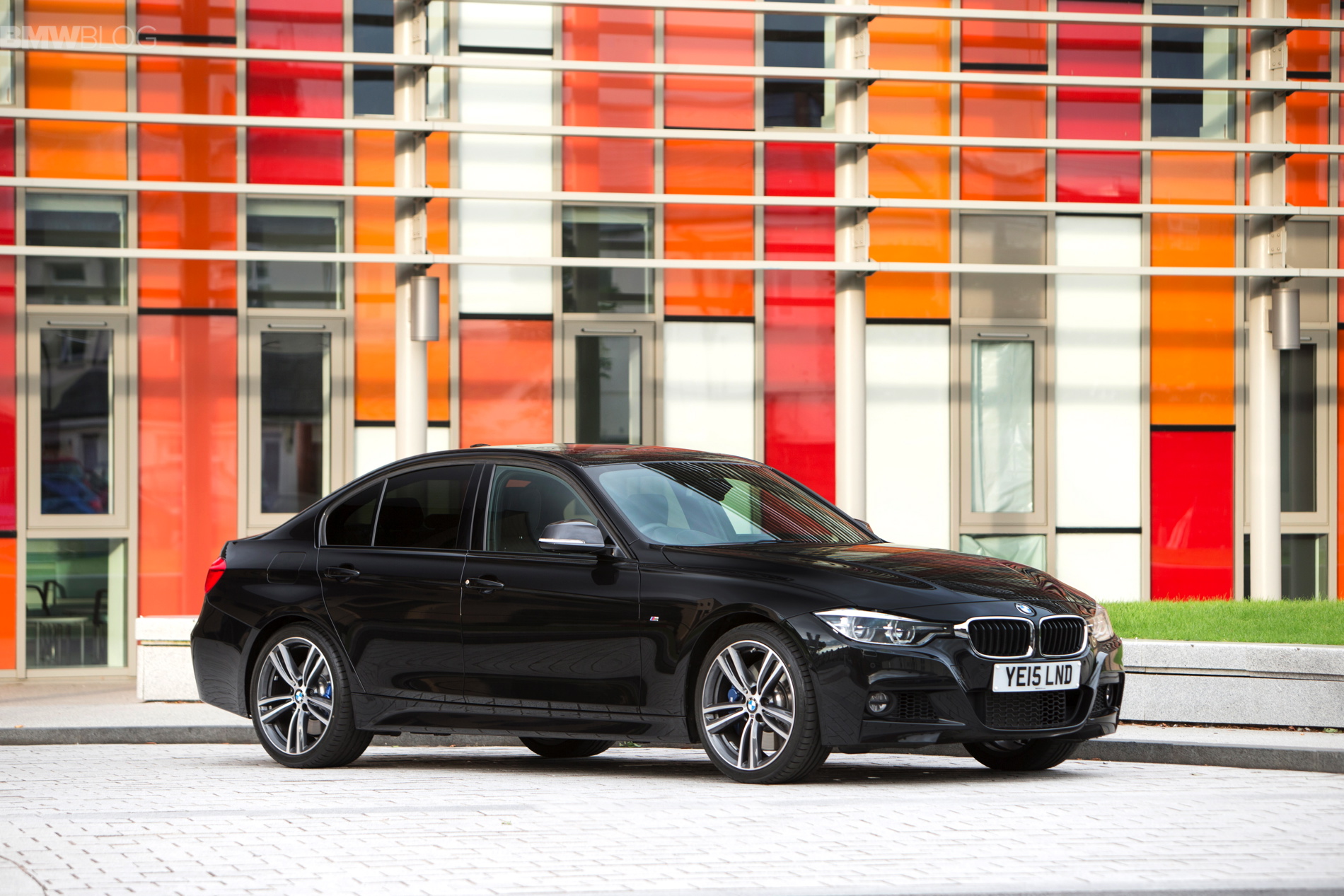 When BMW first announced the appearance of the 340i, to replace the 335i, fans were hit with mixed emotions. On one hand, they were glad that BMW was updated its 3 Series. But on the other, they were sad that the famous N55 engine would be going by the wayside. However, the new B58 engine that powers the BMW 340i is a gem and is possibly be the best engine in its class. This, combined with the new LCI tweaks, makes the 340i a great all-around sport sedan.

But there’s a new player in this segment and it has its eyes set directly on the BMW 340i — the Infiniti Q50 Red Sport 400.

Now, while it probably has the worst name in the entire automotive industry (what the hell is Red Sport?) the Infiniti does pack some interesting specs. Using a new version of Nissan’s VR engine (the same engine in the GT-R), the Q50 Red Sport 400 packs, you guessed it, 400 hp from its twin-turbo 3.0 liter V6. That’s about 80 hp more than the BMW 340i’s 3.0 liter turbocharged 320 hp I6. Yet, it’s actually slower from 0-60 mph, doing it in 5.1 seconds compared to the 4.9 of the BMW.

This could have a lot to do with the transmissions of both cars. The Niss…erm..Infiniti sends its power through a seven-speed automatic, the same basic unit the brand has used for almost a decade. It was good when it first came out, but it can’t match the refinement or tactility of the ZF eight-speed in the Bimmer. Shifts are smooth and quick in the BMW 340i, but somewhat slushy in the Infiniti Q50.

In terms of handling and performance, the BMW 340i is the superior car here. While the Infiniti does boast some impressive stats, big sticky tires and a generally sporty demeanor, it simply can’t deliver. For good reference, there is a hilarious video review of the Q50 Red Sport by Jason Cammisa of Motor Trend. That video perfectly demonstrates why the Q50 Red Sport 400 is simply a bad sports car.

Much of the problem has to do with the car’s DAS (Direct Adaptive Steering) which is a steer-by-wire system. It essentially uses two powerful electric motors, one on the steering rack and one at the steering wheel, to deliver the driver’s inputs and give artificial “feel” back to the driver. It’s a complicated and convoluted system that ends up being more disconnected than anything else. But the real problem is that the car is always trying to do something to the steering that the driver might not be. If you turn in hard, mash the throttle and expect oversteer, you won’t get it. The Q50 will instead actually apply counter-steer without you doing so and try to correct the spin before it even happens. This causes a disconnect between what the driver wants to do and what the car wants to do and that is no bueno for sporty driving.

On the other hand, the BMW 340i is a very predictable and, frankly, fantastic car to drive quickly. It isn’t the pure, communicative car that the E46 330i was, but it’s damn good and leaps and bounds better than the Infiniti Q50. Steering in the 340i is sharp, if a bit numb, and predictable. But its chassis dynamics are where it really shines. It’s a playful car, the 340i, and feels like a proper sports sedan should.

As far as looks are concerned, it’s a bit of a toss up. Looks are very subjective, so opinions will vary. However, the 340i is a good looking car, even if it’s a bit boring. On the other hand, the Infiniti Q50 Red Sport 400 is a mess of strange humps, lumps and shapes. Personally, I can’t stand the way any new Infiniti looks and think they all look like bloated Orcas. But some find it to be good looking and the 340i garbage, so we’ll call this one a wash.

On the inside, though, things get closer between the two. While many find that the interior of the Q50 to be very good, it’s also a mishmash of odd ergonomics. The two-screen center stack setup is confusing and there seem to be a million buttons of all different shapes, textures, materials and colors throughout the entire center console. It’s a mess. However, aesthetically, is is nice and comes with a ton of luxury features. The BMW 340i, by contrast, is about as typically staid and German as possible, almost to the point of being boring. However, all the materials are top notch, ergonomics are superb and everything is where it should be. Also, BMW’s iDrive blows Infiniti’s system out of the water.

Overall, the BMW 340i is a much better, far more refined sport sedan than the Infiniti Q50 Red Sport 400. It’s faster, handles better, has a better interior and better technology. The Q50 Red Sport 400 is a good start, as it has a good engine, a pretty good chassis and some nice technology. It just needs improvement in a lot of areas. But it has good bones and with some tweaking could be a very competitive car in the segment. Oh, and it needs a new name because that thing’s a disaster.