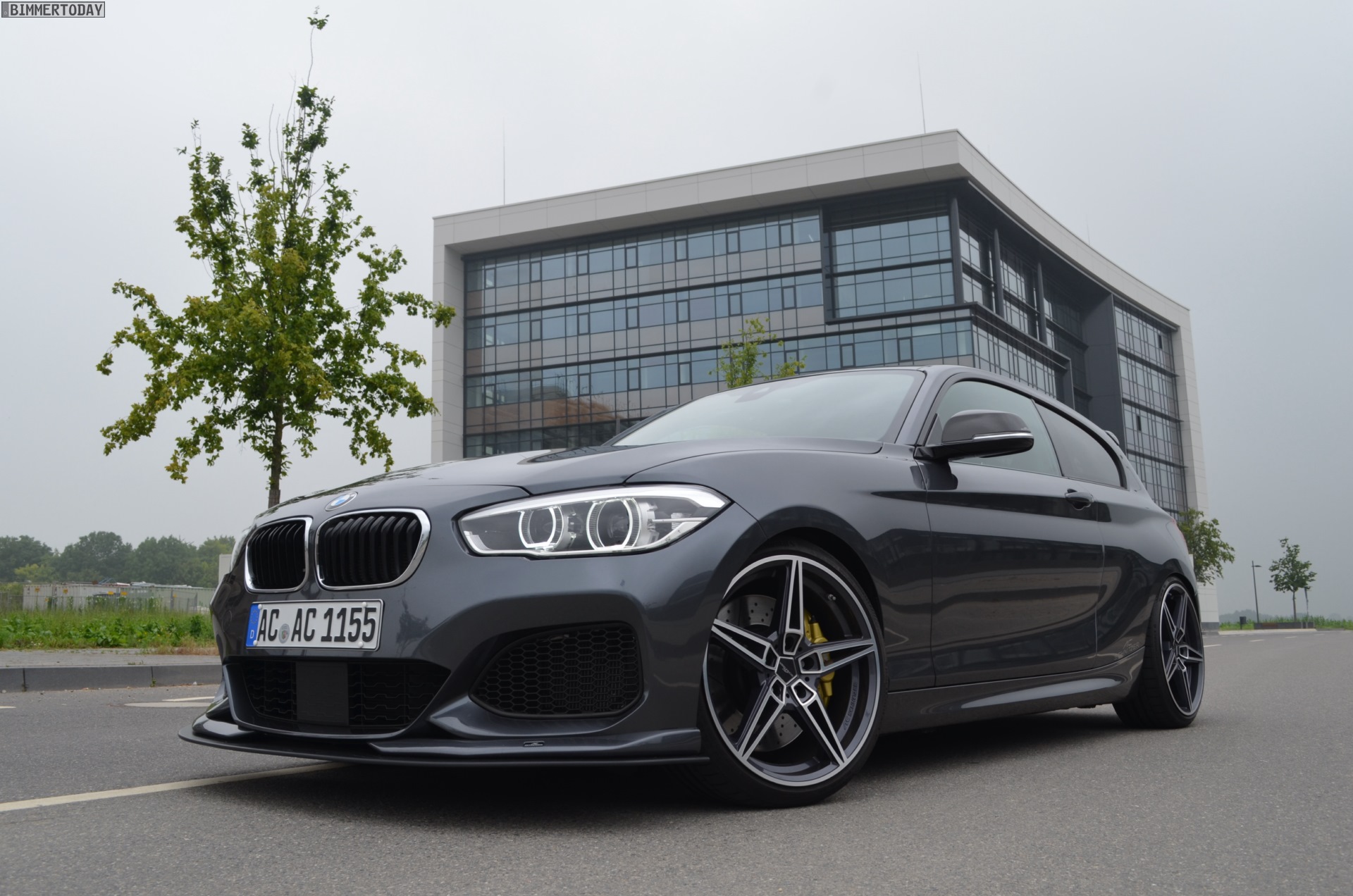 A while back, AC Schnitzer surprised everyone with a monster engine swap project. Dubbed the ACS1 5.0d, it featured an engine we never thought could fit in its engine bay. The BMW 150d as some people call it, featured as the name may suggest, the 3-liter tri-turbo mill from M50d models, which is usually required to move seriously big cars.

On a 1 Series body though, things are a bit different. The donor car was a facelifted 120d xDrive model, as the all-wheel drive system was needed to keep the power of the tri-turbo 3-liter straight six engine in check. Along with the N57S mill, the guys from AC Schnitzer also borrowed the gearbox from a M550d xDrive model, to make sure the torque doesn’t blow the 120d’s unit into smithereens in a matter of seconds.

Furthermore, the standard figures of the engine were deemed unworthy of this project so the tuner saw fit to give it a little more boost, taking  the total output  up to 400 HP and 800 Nm (590 lb-ft) of torque. On a car that weighs a bit over 1,600 kg (3,527 lbs) and has all-wheel drive, the end result is quite impressive.

The 0-62 mph sprint takes just 4.5 seconds, a figure worthy of the most powerful letter in the world. Furthermore, acceleration is seamless throughout any given speed as you can see in the video below, recorded by our sister magazine BimmerToday. They were also the ones that told us the aural experience in the 1 Series is considerably more visceral than on an M50d SUV or the M550d Sedan/Touring models.

Of course, the exterior was slightly modified as well, to make things look more appropriate to the level of power the car has. On the performance side of things, the ACS1 5.0d received a new suspension shared with the M135i model, sitting closer to the ground and therefore lowering its center of gravity. All in all, this is probably the most insane diesel car we’ve ever seen.