The drag race we’ve all been waiting for is finally here. The BMW 1M Coupe is taking on its successor, the BMW M2 on a proper drag strip. So, if you’ve wondered whether the older 1M could keep up with its younger brother, this is the time to find out.

Ever since the BMW M2 came out, it has been living under its predecessor’s shadow, and understandably so. The two cars share more than you’d imagine and they are more alike than you’d expect, especially when you take a closer look at their history and how they came to fruition. In terms of specs, it’s only normal for the M2 to have the edge but in most of the other areas, the two are almost identical. 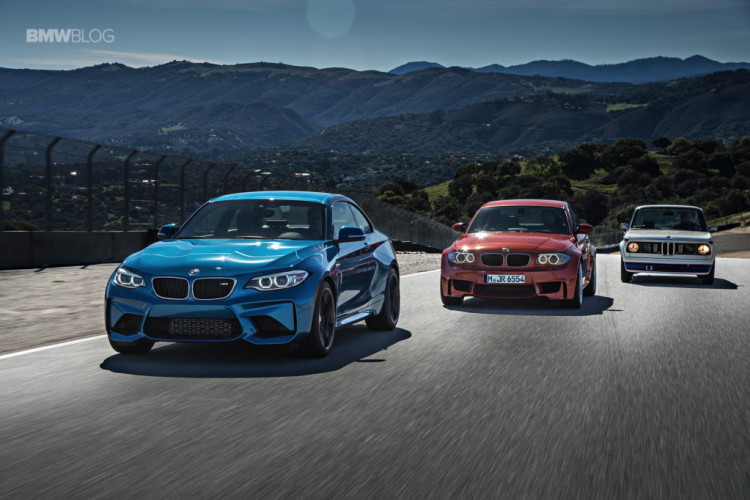 The BMW 1M Coupe was brought to life due to a burning desire to offer a small, compact fun car for fans of the Motorsport division. However, many pundits don’t consider the 1M a true M model. That’s because, even though it uses the correct name, it doesn’t have a proper M-developed engine under the hood. Instead, the BMW engineers decided to give it an upgraded version of the bi-turbo N54 3-liter straight six engine that’s good for 340 HP and up to 500 Nm (369 lb-ft) with overboost.

The same story applied to the M2 when it was developed. The engine under the hood is a revised version of the N55 3-liter turbocharged unit that was massaged to make 370 HP and the same 500 Nm (369 lb-ft) of torque with overboost. This one too is not a fully M-developed engine. And yet, somehow, these exercises proved to be more popular and more loved than true M models over the years.

In the drag race below, the M2 is shown to be winning, as it should. However, one can’t help but wonder whether it was a manual or a DCT-fitted model that raced, as this may very well explain the big difference between the two. As the 1M Coupe was only offered with a manual 6-speed gearbox for all 6,331 units the Germans made, we have no doubt about the transmission inside it.