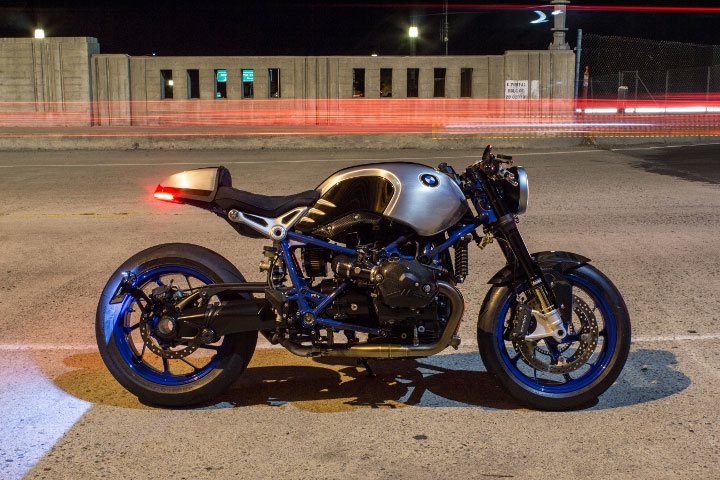 The kind folks at BMW Motorcycles of San Francisco have created a truly one of a kind motorcycle, blending the attributes of some of the brand’s best vehicles. This absolutely stunning machine, based upon the wildly successful R nineT, draws some of the spirit of the elusive HP2 super sport bike and combines it with the unique and retro essence of the R nineT.

About this time last year, the decision was made to create a special vehicle, something which represented BMW Motorcycles of San Fransisco through an avant-garde, and sporty interpretation of the popular heritage roadster. Too, it was intended to demonstrate the highly customizable nature of the R nineT. The result, dubbed the ‘HPT,’ took about 9 months to complete, but I believe will remain timeless in its aesthetic appeal. 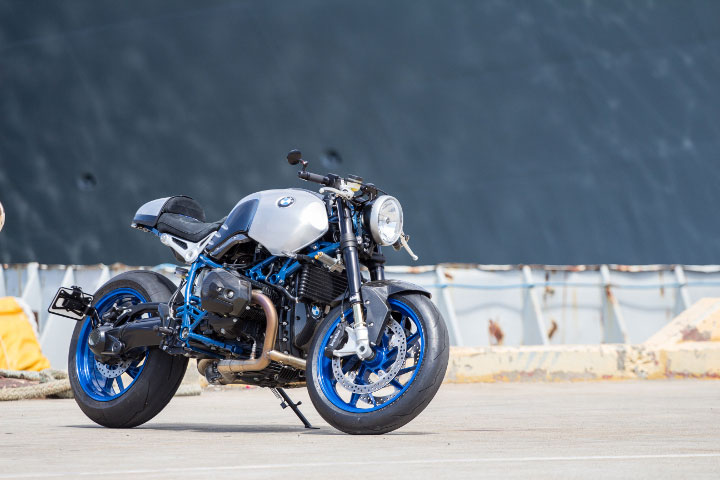 The first change made to the donor R nineT, which would later be transformed into the HPT, was the swapping of the wheels. Gone were the stock rims, replaced by the high performance wheels utilized on the HP2. In order to tie in the dramatic color of the rims, the frame was painted, as well.

Next, the team turned their attention to the tank, arguably one of the most visually significant aspects of a motorcycle. They became aware of the manufacturers intention to offer a brushed aluminum tank, and thought it would perfectly compliment their vision. After establishing brushed aluminum as a prominent surface on the upper part of the bike, the theme needed to be continued, so a tail hump, reminiscent of a café racer, was sent out to be made to match the new tank. The new bike was beginning to come together, but was not anywhere near being completed. 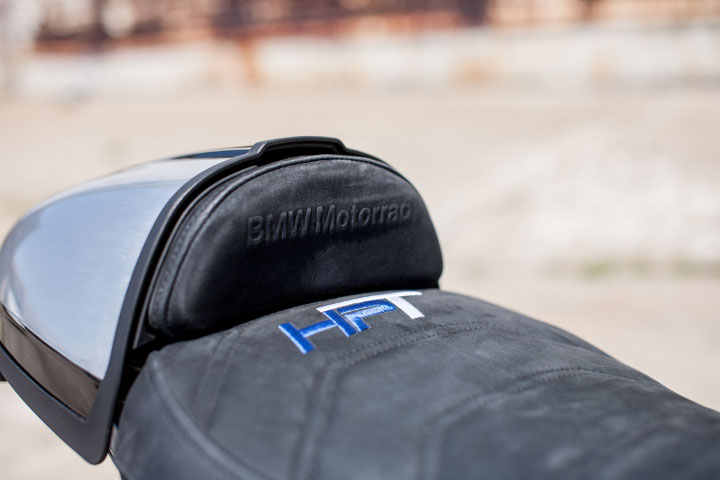 With the tank and the rear being addressed, it was time to tackle the seat. The seat is, itself, as distinctive and unique as the bike upon which it is placed. Per the suggestion of the General Manager, it was made from one of BMW’s water-resistant Atlantis leather jackets, given by BMW Motorrad USA for this very special project. The sleeve of the jacket featured an embossed ‘BMW Motorrad,’ which was preserved and used in the rear of the seat. Too, the ‘HPT’ logo that the team designed for the vehicle, was stitched into the base of the seat. The high level of craftsmanship is immediately evident. 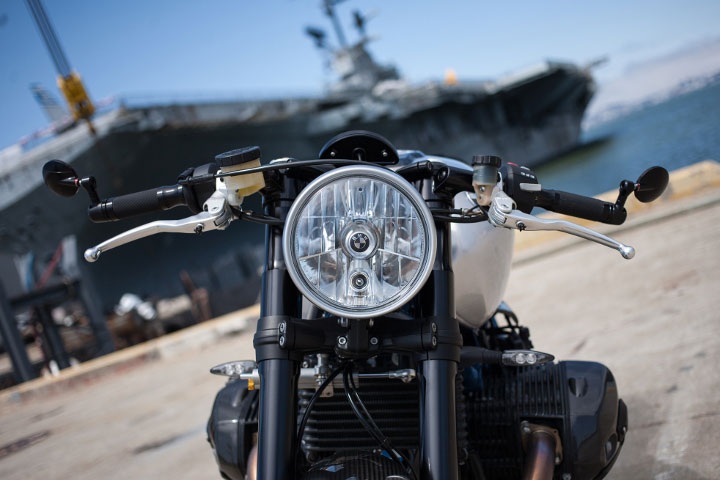 To further the sporty infusion the bike was receiving, the stock handlebars were replaced with a set of clip ons, some new levers and an upgraded clutch from the HP2. Final touches included a sleek and futuristic looking tail tidy, a new set of rear sets and quite a bit of carbon fiber. A carbon fiber fender, heel guards, alternator cover, and more. Additionally, the exhaust couldn’t be ignored, and a custom exhaust system creating a menacing, but civilized, note that was well suited to the bike’s new personality helped bring the HPT to life. Even the instrument cluster has been changed, using a unit from MotoGadget. The new cluster is more aggressive, and also more modern in its design.

Now, often times when you learn of such a unique build, the bike is either already spoken for, or not for sale at all. Here is, possibly, the most exciting part; you can actually buy this bike! Right now, as of writing, this bike is still available, and exchanging $42,500USD will enable you to call the HPT your own. 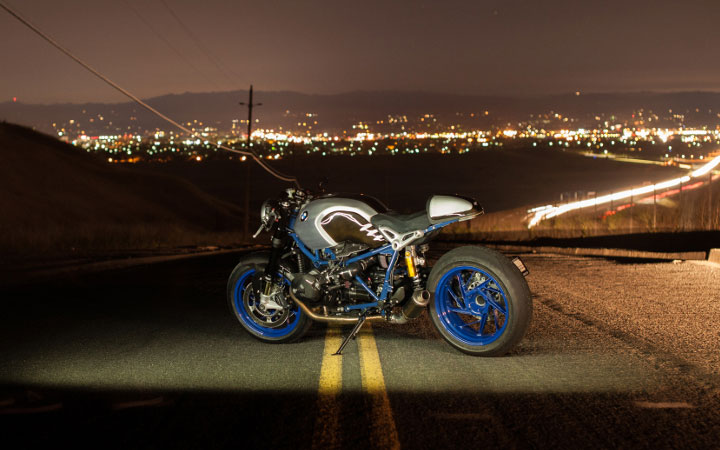 As I’ve said before, riding is a very social activity, and for those of us whom appreciate premium motorcycles and often value exclusivity, arriving on the HPT assures the utmost in exclusivity, in addition to all of its other attributes. The R nineT was, already, among my favorite motorcycles, in general. Yet, what the team at BMW Motorcycles of San Francisco has managed to do, is to improve upon an already astounding machine, but to do so to an extent that they have created something else entirely. This new creature, a retro-modern-sport roadster of sorts, excites the inner child within, with a mere glance, much like the exotic cars on the posters that so many of us hung on our walls as young men. It’s aspirational, it’s inspirational, and, of course, beautiful. It is movable art.

I’d like to extend a special thanks to Eric at BMW Motorcycles of San Francisco. For more information about the HPT, visit BMWMotorcycle.com.