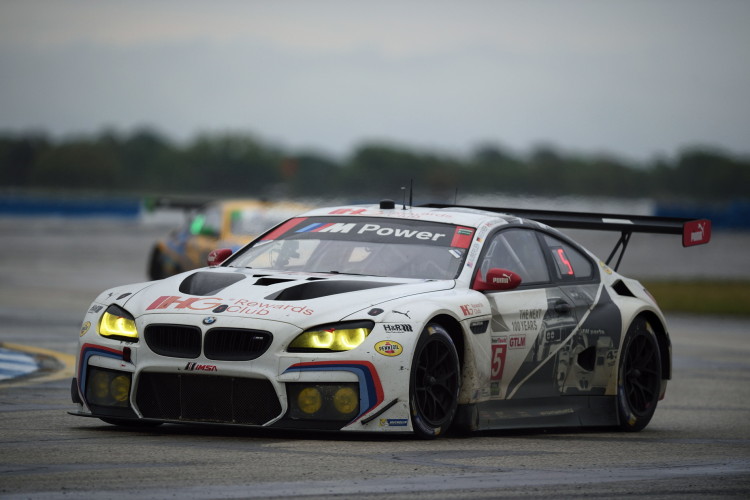 When last-stint driver Werner crossed the line after 235 laps of the Sebring International Raceway, the gap to the winning Corvette was 2.882 seconds. John Edwards (US), Lucas Luhr (DE) and Kuno Wittmer (CA) in the number 100 BMW Team RLL car also had their sights firmly set on a podium finish, until the car was spun by another competitor, dropping it back to sixth in the final phase of the race. 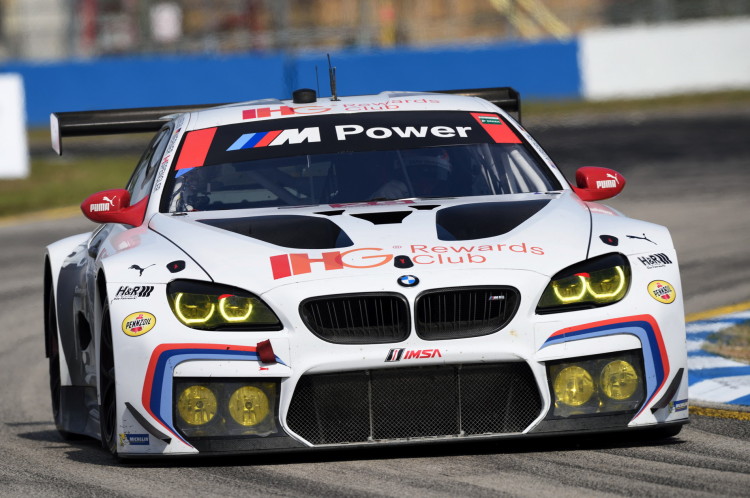 Following the car’s first pole position on Friday scored by Auberlen, this result is the next milestone in the young racing career of the BMW M6 GTLM. It was again Auberlen who clocked the fastest GTLM lap time of 1:59.182 minutes during the race. Spengler, usually racing with BMW Team MTEK in the DTM, was able to celebrate on the podium after his very first visit to Sebring.

The Turner Motorsport team, fielding two new BMW M6 GT3 cars in the GTD category, also had every reason to be satisfied with the outcome of the race. Ashley Freiberg (US), Bret Curtis (US) and BMW works driver Jens Klingmann (DE) finished second with car number 96. It was also the very first podium for the new BMW M6 GT3 car. Their team-mates Markus Palttala (FI), BMW Motorsport Junior Jesse Krohn (FI) and Michael Marsal (US) came seventh with the number 97 BMW M6 GT3. 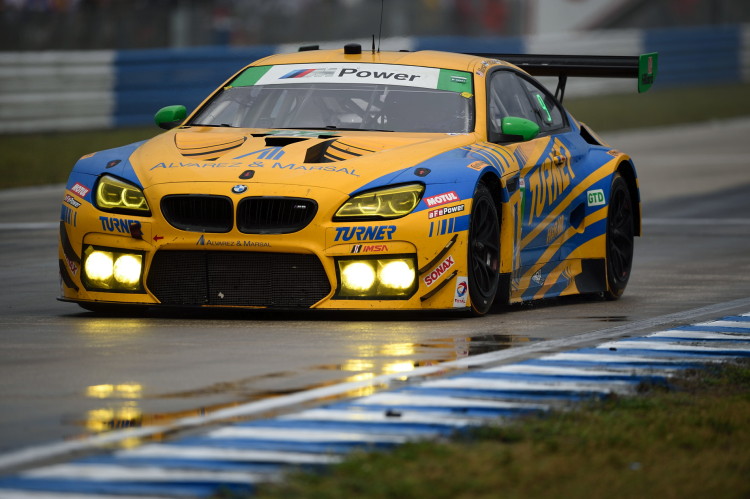 Once more the enthusiastic crowd in Sebring experienced an action-packed race with countless twists and turns. After one and a half hours it started raining heavily, causing several offs and accidents. For safety reasons, the race director red-flagged the endurance classic after about three hours. Only when the rain eased off and the circuit had started drying out, did the field go out again after the race had been suspended for more than two-hours.

However, conditions remained changeable, so the fans witnessed many more incidents over the course of the race. The outcome was determined in a furious sprint that started after the 13th full-course yellow in the final 20 minutes. 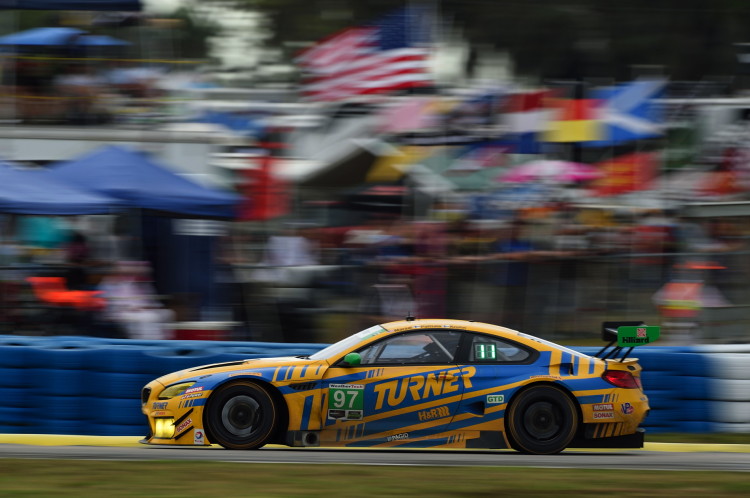 The third round of the IMSA WeatherTech SportsCar Championship will be held in Long Beach (US) on 16th April 2016.

Bobby Rahal (Team Principal, BMW Team RLL):
“It was a tough and exciting day at the office. I think the 100 car was the GTLM punching bag today. I am vey pleased the 25 car came back from a penalty with great strategies called by Jay and the guys. Dirk really stood on the gas at the end when he had to. It is frustrating to be that close, but given everything that went on today we have to be somewhat happy with second place at the second race for the car. The car was solid, the systems were reliable and mechanically it didn’t miss a beat.”

Bill Auberlen (Number 25 BMW M6 GTLM, 2nd place):
“I believe the M6 GTLM was the car to beat today, but we didn’t help ourselves to the win. We had two penalties early on, but fought our way back up to the lead. An over boost penalty near the end of the race required another drive through the pits and, ultimately, we fell short, but this should not be considered anything close to a disappointing day for us.”

Dirk Werner (Number 25 BMW M6 GTLM, 2nd place):
“A race that demanded a lot of work from everybody and in the end we can be happy because it was the first Sebring for the BMW M6 GTLM and it is maybe the toughest race to test your machine. I know the guys put a lot of work into this project. We tested a lot and I think it paid off with our first podium at its second race. We wanted to win but it was really close and next time we will try again.”

Bruno Spengler (Number 25 BMW M6 GTLM, 2nd place):
“It was a very tough from a driver point of view because when you are on slicks and then it starts raining – and then stops and then starts again – you never know what to expect. It was also difficult on the pit wall for the team to know when I should come in. But they kept the faith, left me out on slicks and it was the right decision, so it was a great job from them. For me it was important not to make mistakes, and so I was happy with my stints.”

John Edwards (Number 100 BMW M6 GTLM, 6th place):
“We have two new cars and both finished the race with no reliability issues. It is really impressive seeing the BMW engineers get both cars to the finish at the toughest race the car will face all year. It was an intense day, but we were set up for a good finish. I followed Dirk through when he took the 912 Porsche at the re-start and then the Porsche just took me out.”

Lucas Luhr (Number 100 BMW M6 GTLM, 6th place):
“It was frustrating especially when I got hit at the last restart in turn seven. It was looking really good, but it was very unfortunate and sometimes things are not meant to be. Hats off to everybody at BMW in Munich and back at BMW Team RLL because we had a brand new car after what happened in Daytona. Both cars ran without any technical issues and that is something we can be proud of. That is impressive work by everybody. But what happened is racing and maybe we will be a bit luckier in the next race.”

Kuno Wittmer (Number 100 BMW M6 GTLM, 6th place):
“I had a couple of good stints, but it was tough out there. I had mixed conditions and these are never easy. In these circumstances you have to be careful, put our ego to one side and do the best you can. It was a matter of managing the tyres the best you could.”

Jens Klingmann (Number 96 BMW M6 GT3, Turner Motorsport, 2nd place):
“It was really tough and we didn’t know what to expect, but we saw in practice and qualifying that we had a strong car for this weekend. We have worked on getting there. The race was tough and it was difficult to keep the car on track when it was pouring down. I drove the last three hours and our big goal was to stay on the lead lap, which I achieved. Then it was just maximum attack. We are still missing a little, so I couldn’t defend P1 in the last ten minutes, but we are happy with P2. For the new car, if you can make it on this track I am really positive for the short races.”

12 Hours of Sebring2016 SebringBMW M6 GT3BMW M6 GTLM
Previous post What do you want the see from the BMW X7?
Next post BMW soon in Formula E with the Andretti team?